Where Are They Now: Pinoy Big Brother Teen Edition 1 housemates 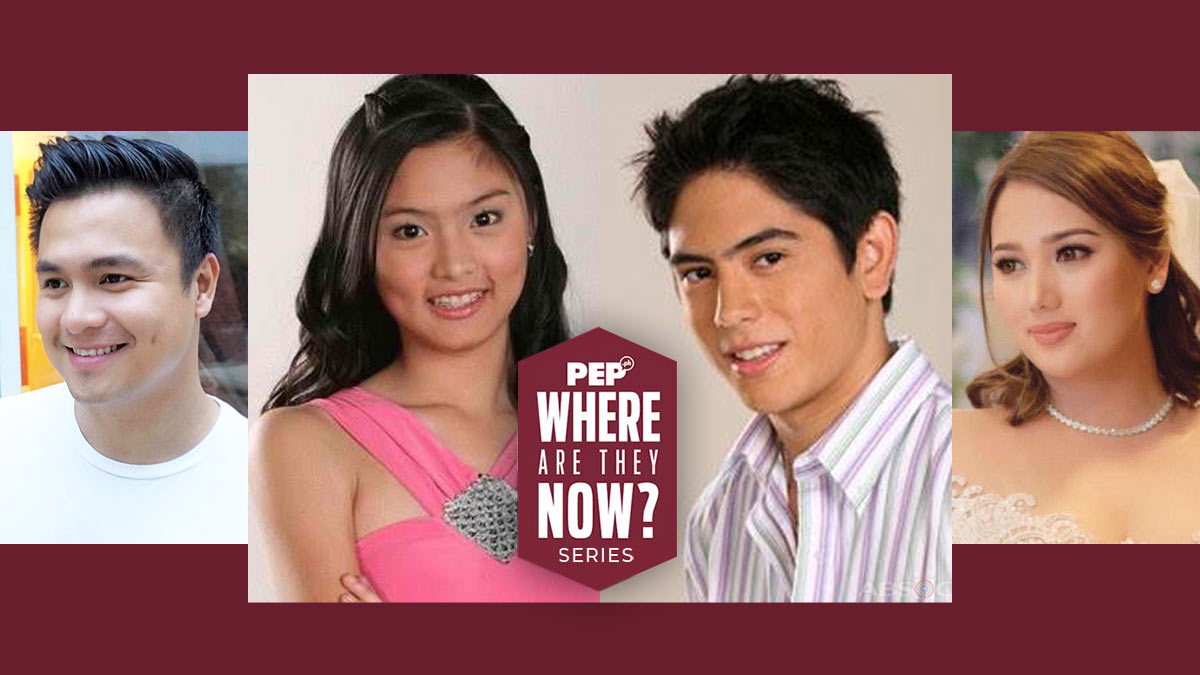 In 2006, doors opened up for the 14 teenagers who auditioned and were chosen to enter the first season of Pinoy Big Brother: Teen Edition.

PBB: Teen Edition ultimately has become the star launcher of teens showing promise in acting, jumpstarting the careers of some of the most popular artists today.

PEP.ph (Philippine Entertainment Portal) looks back on the careers of the first batch of teen housemates 14 years after they first entered the PBB house.

Kim Chiu was hailed the Big Winner of PBB: Teen Edition 1 in 2006, after getting 41% of the total votes.

Inside PBB house, she was paired with housemate, Gerald Anderson, who became the other half of the KimErald love team.

After PBB, Kim was swamped with TV and film projects, a number of which with Gerald, including the 2009 top-rating series Tayong Dalawa. She also recorded songs and albums.

The romantic relationship between Kim and Gerald that blossomed post-PBB ended in 2010.

In 2011, Kim was first paired with Xian Lim, who would later become her boyfriend. They've been going strong since then.

On March 4, 2020, while Kim was on her way to the taping of Love Thy Woman, two unknown men fired gunshots at the van she was riding in. Thankfully, Kim, her driver, and her personal assistant, were not hurt.

On May 8, 2020, Kim became the object of online bashing for her “Bawal Lumabas” quote during the Laban Kapamilya campaign protesting the shutdown of ABS-CBN.

“Bawal Lumabas” was turned into a song that received a million views on YouTube and is now the title of a series currently airing on iWantTFC.

Meanwhile, Love Thy Woman ended on a high note in September 2020 as the number one most-watched program on iWantTFC. The show also received more than 50,000 real-time viewers on Kapamilya Online Live. 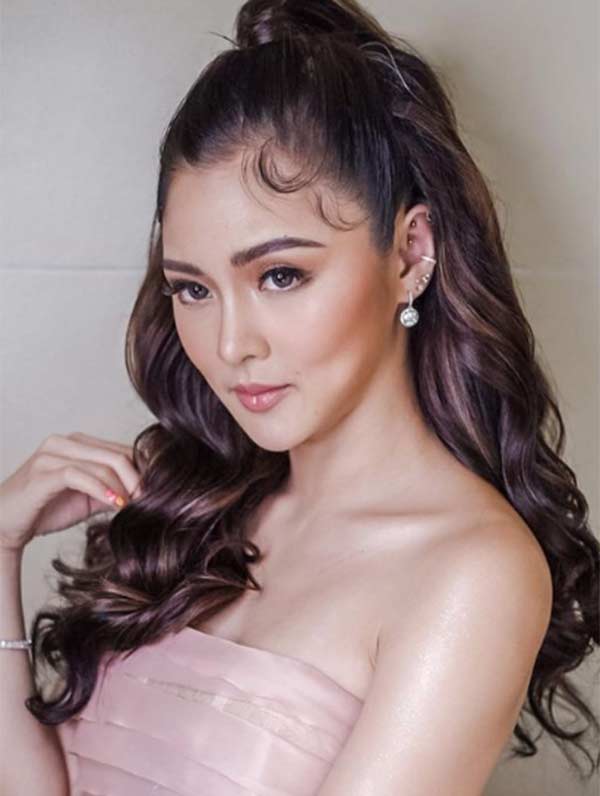 After PBB, Mikee did a few TV projects, including ABS-CBN’s Abt Ur Luv and TV5’s Lipgloss, both youth-oriented shows.

He is now based in Singapore where he works as a strategy and planning professional. 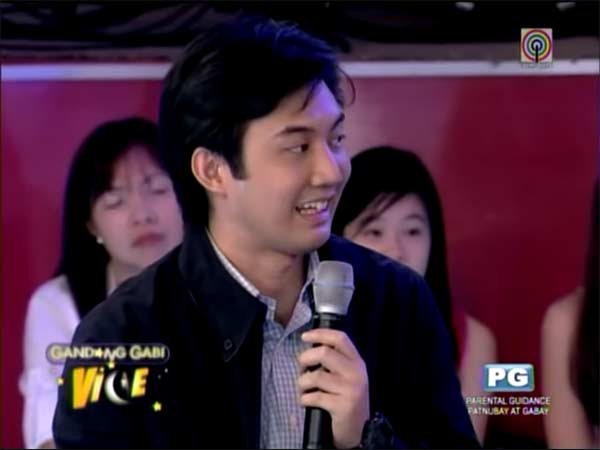 After PBB, Gerald pursued an acting career in earnest at the same time that his love team with Kim was flourishing. He top-bill several movies and TV shows.

After starring in several movies and TV shows, Kim and Gerald sealed the end of KimErald when they broke up in 2010 after he was caught leaving the Star Magic Ball with Bea Alonzo.

In 2011, was also paired with Sarah Geronimo in two movies: Catch Me, I’m In Love and Won’t Last A Day Without You.

In 2013, Gerald and Maja Salvador got into a relationship that ended in 2015.

Shortly afterwards, Gerald rekindled his friendship and romance with Bea Alonzo, after they teamed up in the 2016 movie How To Be Yours.

Their breakup became controversial after Bea said in an interview, “he just started not talking to me.”

At that time, rumors linking Gerald to Julia Barretto, his leading lady in the 2019 movie Between Maybes, were flying fast.

Netizens continue to speculate about their relationship, but neither Gerald nor Julia has confirmed or denied it. 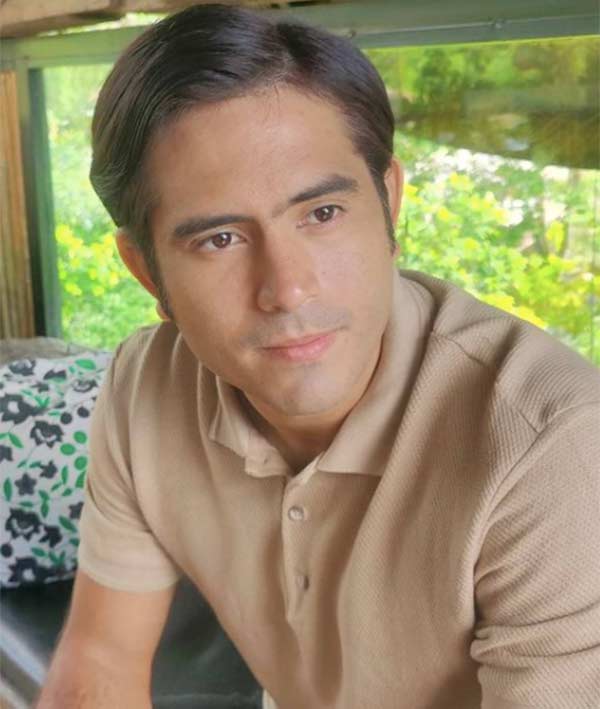 After her PBB stint, Clare returned to her hometown in Bukidnon to lead a private life. She is now married and a loving mom to three boys.

She was also present during the PBB Teen Edition 1 Zoom reunion last April 2020. 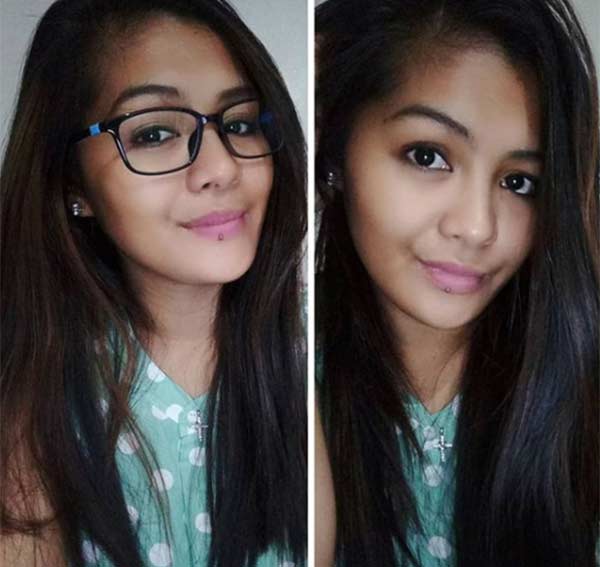 Jamilla Obispo, a young single mom whose son Miggy was born with a cleft palate, won the sympathy of PBB viewers.

Her struggle caught the interest of “Operation Smile,” an organization doing reconstructive facial surgery for charity. They performed five operations on Jamilla's baby to correct the split on the roof of his mouth.

After her eviction from PBB Teen Edition 1, Jamilla did sexy roles in GMA-7’s Gumapang Ka Sa Lusak and in ABS-CBN’s Mara Clara and Nasaan Ka, Elisa?. She also did magazine covers.

In 2019, Jamila staged a showbiz comeback in VIVA TV’s series, Sisters Forever. Jamila also actively posted her support for ABS-CBN when its franchise was denied by Congress. 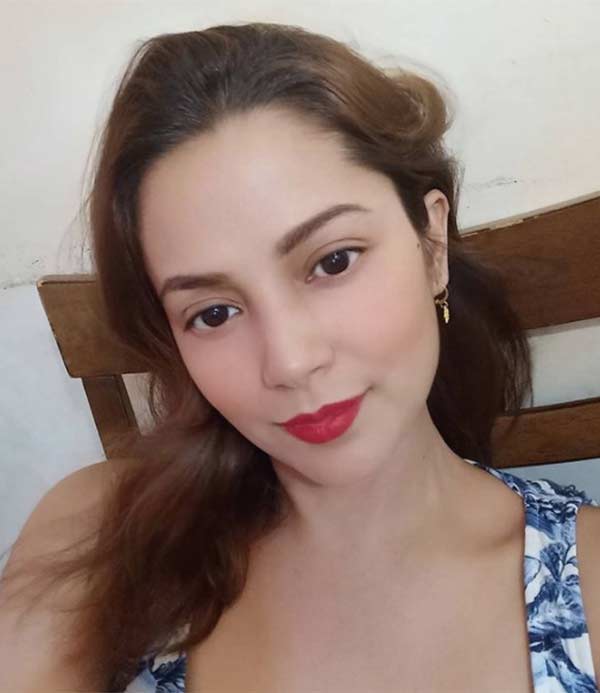 Brenda Fox was one of the last housemates to be evicted from PBB Teen Edition 1.

After PBB, Brenda was included in the cast of Bituing Walang Ningning as the partner of Carlo Aquino.

Nothing was heard about Brenda until 2018 when she attended the big PBB reunion at the screening of Kim Chiu’s movie Da One That Ghost Away.

Brenda was also present at the April 2020 virtual reunion of PBB Teen Edition 1 housemates via Zoom. 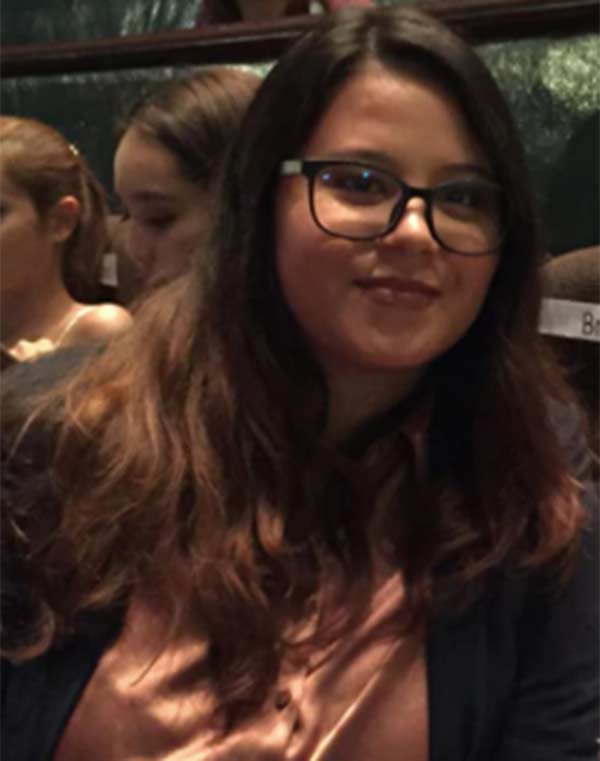 Matt Evans counts among the alumni of PBB Teen Edition 1 who have remained active in showbiz.

He was also the first to be given a big break when he played the titular role in Da Adventures of Pedro Penduko just a few months after PBB.

For most of his career, Matt was paired with Melissa Ricks. When their team-up ended in 2010, Matt focused on becoming a character actor.

In 2013, Matt got married. He and his wife, Katrina Fariñas, have two kids: Hayley and Harper.

In July 2020, a clueless Matt was arrested at his home in Sampaloc, Manila.

According to a source of PEP.ph (Philippine Entertainment Portal), the arrest was related to the "child support" case filed by Johnelline.

The source said the arrest took Matt completely by surprise as the actor had not received any subpoena.

Although the last time he saw the child was when she was ten months old, Matt flatly denied in an exclusive interview with PEP.ph being remiss in his obligation to his daughter, who is now eight years old. 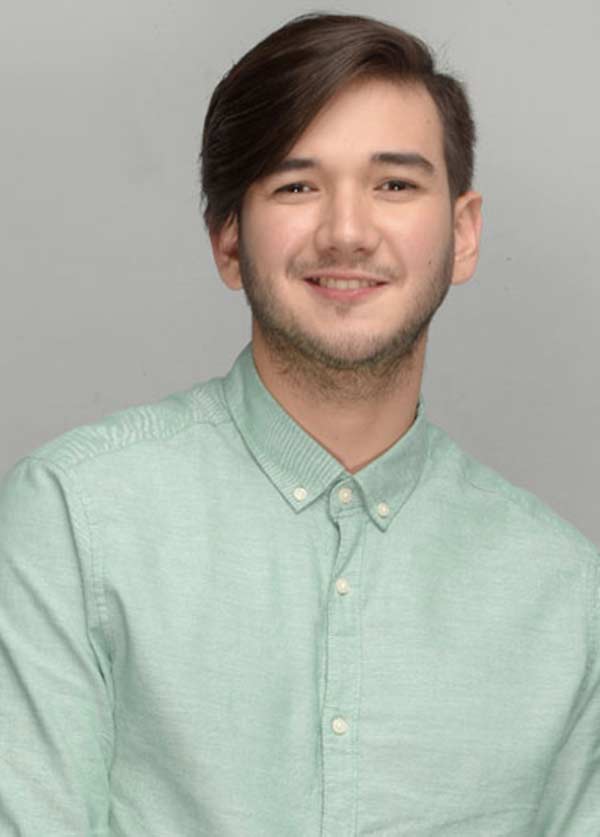 Olyn Meimban used to be Matt Evans’ love-team partner inside the PBB house. She also played the third wheel to Melissa Ricks and Matt in Pedro Penduko.

Among her pursuits was public service and, in 2008, she was elected chairman of the Sangguniang Kabataan.

Olyn is married and has a child.

She was present during the big PBB reunion at the special screening of Kim Chiu’s movie Da One That Ghost Away in 2018.

She was also in attendance during the April 2020 Zoom reunion of PBB housemates. 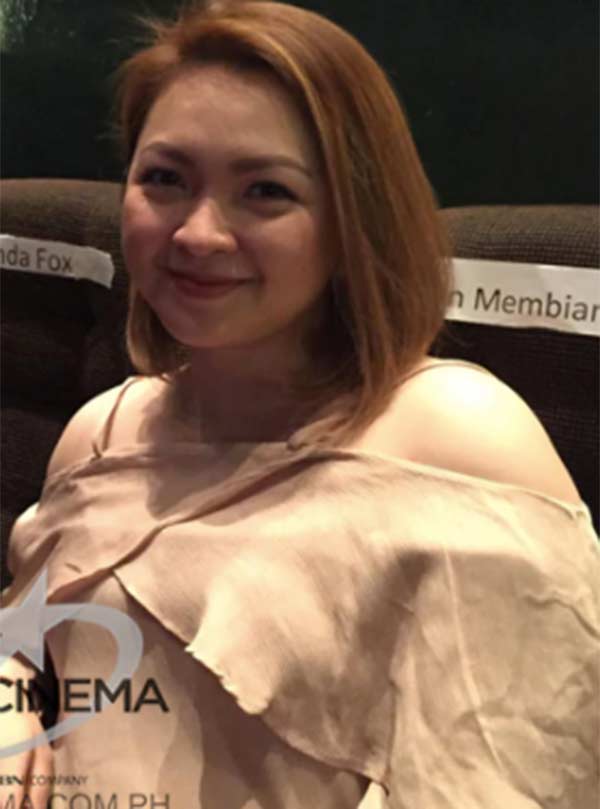 Fred Payawan was known as one of the hunks of the first PBB: Teen Edition.

However, his stint was short-lived when he left the house on the third eviction night.

After PBB, Fred did bit roles in some TV shows of ABS-CBN. Later, he had a second career as an account executive of the Kapamilya network.

Fred is known as one of the closest friends of Gerald Anderson in showbiz. 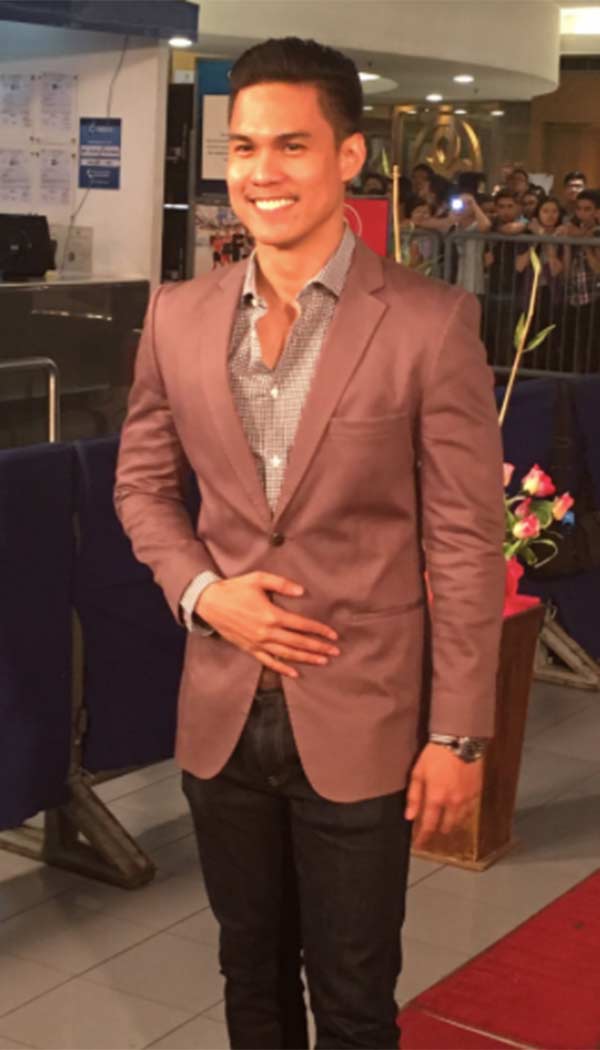 Even before he entered the PBB house, Joaqui Mendoza was already known as a Taekwondo black belter.

He then became part of the shows Abt Ur Luv and Lipgloss.

After showbiz, Joaqui immersed himself in martial arts.

He once jokingly tagged his Instagram account as “fake” because in his bio, “real Joaqui will NEVER use IG.”

Based on his feed, Joaqui is also into gaming.

In April 2020, Joaqui joined the Zoom reunion of his PBB batch. 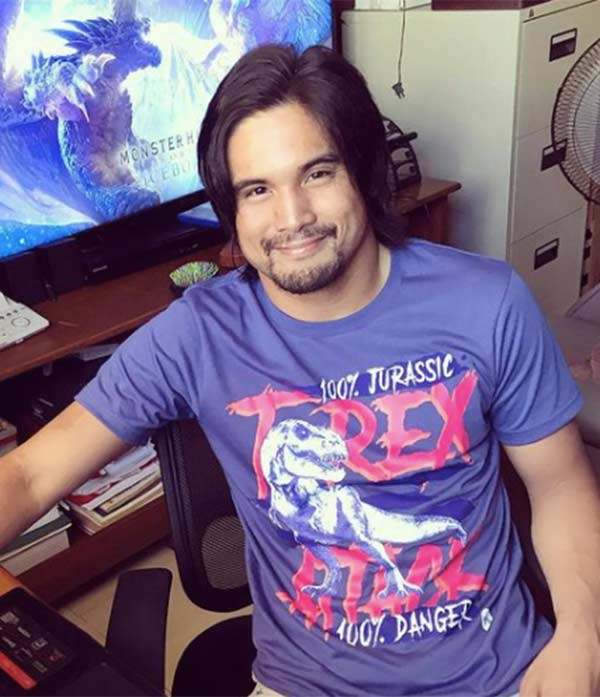 Niña Jose was another product of PBB Teen Edition 1 housemates who pursued and and later quit acting.

After doing an episode of Maalaala Mo Kaya in 2015, Niña decided to lie low for a while.

In January 2017, Niña married Cezar Quiambao, the mayor of Bayambang town in Pangasinan, in a civil ceremony. They had their church wedding in November 2017.

Although she missed acting, Niña said in a 2019 interview she wasn't keen on going back to showbiz.

In April 2020, Niña and Mayor Cezar tested positive for COVID-19. Both asymptomatic, they recovered after two weeks of self-quarantine.

Niña was able to attend the Zoom reunion of PBB Teen Edition batch 1 in the same month. 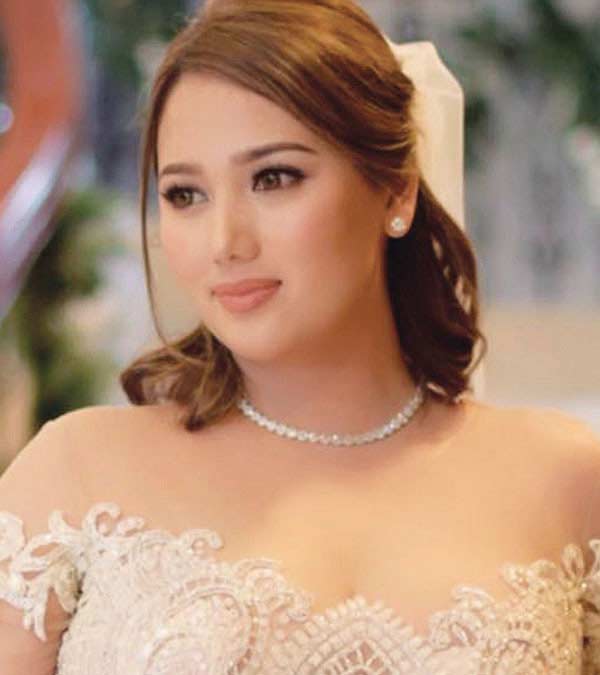 Bam Romana, brother of actress Dimples Romana, had a short stay in the PBB house.

He was forcibly evicted after he exceeded the limit of house rule violations.

Bam dropped out of showbiz altogether. He was at one time a nurse consultant at a pharmaceutical corporation. 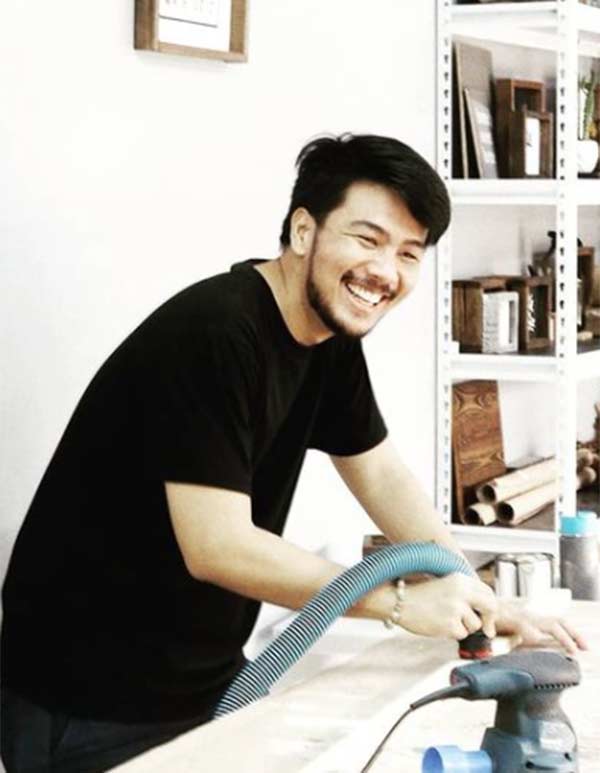 Mikki Arceo was the first housemate to be evicted out of PBB: Teen Edition 1 through public votes.

After doing one season of the youth-oriented series Abt Ur Luv, she decided to leave showbiz and return to Davao to finish her studies.

Mikki and her husband initially resided abroad. They have two kids.

When they returned to the Philippines, they put up a soft-serve ice cream business called Maxi Mango, which has grown big with several franchises in the malls. 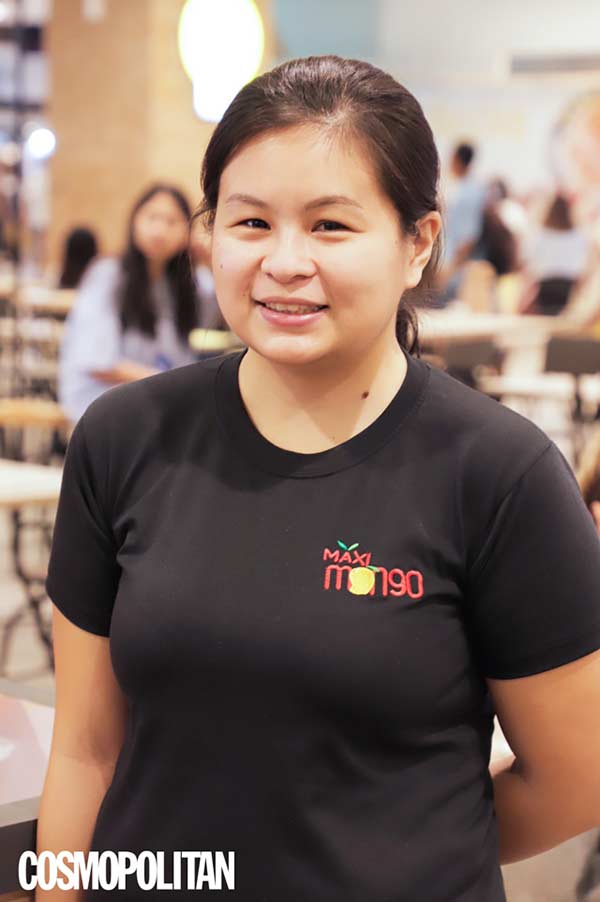 Aldred Gatchalian was the first housemate to leave the house. It was a voluntary exit, not eviction.

After PBB, Aldred became part of the youth-oriented series Abt Ur Luv and the teleseryes Ysabella and Nasaan Ka, Elisa?. He also recorded the theme song of Love Spell, a fantasy anthology that featured mostly PBB housemates.

After his stint in Nasaan Ka, Elisa?, Aldred left the limelight to pursue his studies.

Later, he decided to move to the United States.

Aldred recently made headlines after he posted on Instagram about receiving his first dose of COVID-19 vaccine. He was among the early ones to be given the Pfizer/ BioNTech COVID-19 vaccine in the U.S.

He did not specify in his post what his job is, but Alfred did write he was vaccinated in his workplace. Most likely, he is in the medical field since frontliners and elderly people are designated priority recipients of the vaccine rollout in the U.S. 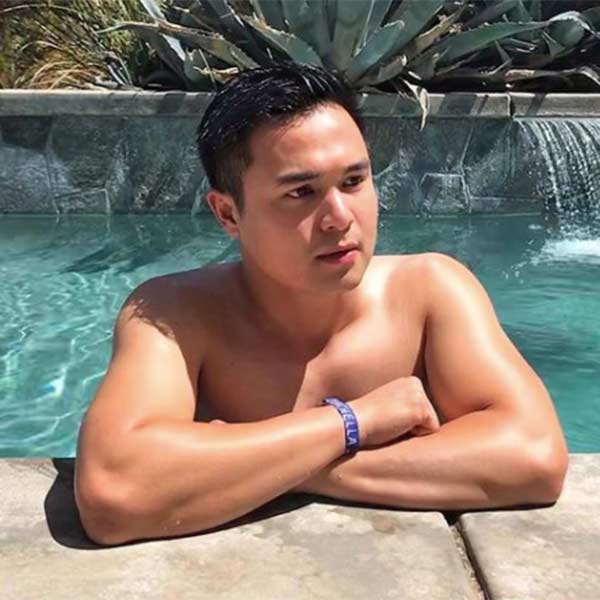