Remember when Charlie Dizon was cast as third wheel in LizQuen series Bagani? 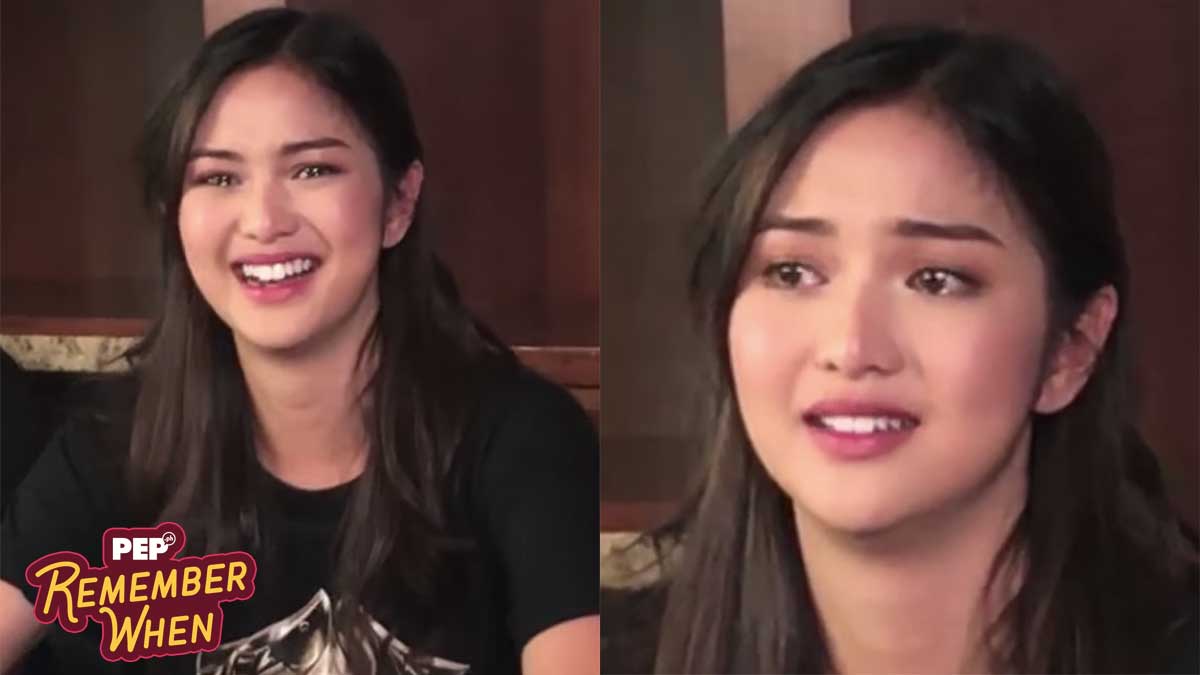 Charlie Dizon in 2018 recalling in between tears her big break as an actress. It was a plum role in the teleserye Bagani that starred Liza Soberano and Enrique Gil. Fast forward to 2020, Charlie, again in tears, received her Best Actress award at the 46th Metro Manila Film Festival for her role in the movie Fan Girl.
PHOTO/S: PEP Files

She won the Best Actress award during the 46th MMFF Gabi ng Parangal on December 27, 2020.

Not many moviegoers have known Charlie until Fan Girl, although some may still remember her as the bestfriend of Enrique Gil in the 2017 movie Seven Sundays.

She was one of the newbies among the batch that included Anna Luna, Donny Pangilinan, and Tony Labrusca—familiar big names already at that time.

In April 2018, merely a month after she was signed in by Star Magic, Charlie was cast as the third wheel to Liza Soberano and Enrique Gil in the then ongoing series Bagani.

Charlie's inclusion in Bagani was announced at a bloggers’ conference on April 13, 2018, the day after her 22nd birthday on April 12.

At the conference, Charlie expressed how she felt about getting such a big break.

She cried some more when everyone present in the blogcon greeted Charlie a “Happy Birthday.”

Star Creatives was the producer of Bagani.

Here is the video of Charlie during the press conference:

CHARLIE’S NEXT PROJECTS BEFORE FAN GIRL

After Bagani, Charlie was cast in the series Honey, My Love, So Sweet starring Maymay Entrata and Edward Barber.

She was supposed to be the love-team partner of McCoy de Leon.

However, Dreamscape Entertainment, the producer, decided to shelve the series.

In 2019, Charlie was paired with Fino Herrera in the weekend prime-time series Parasite Island.

Charlie’s most recent movie before Fan Girl was Four Sisters Before The Wedding, where she portrayed the teen version of Teddie Salazar.

Teddie was first portrayed by Toni Gonzaga in the original 2013 movie Four Sisters and a Wedding.