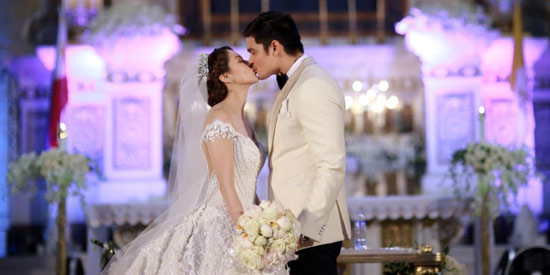 Bear witness to the much awaited union of the Filipinos’ well-loved and favorite couple Dingdong Dantes and Marian Rivera and be part of the momentous wedding celebration of 2014 as GMA Network gives Kapuso viewers an exclusive pass via a two-part special on January 17 and 24 at 8:15 PM after Magpakailanman.

These specials show the beautiful union between two people who love each other unconditionally. Dingdong and Marian’s love story is a testament that true, genuine love exists. Their marriage was finally sealed and sanctified by the Sacrament of Holy Matrimony as they pledged their love before God and be united forever in love.

On January 17, get a glimpse of the church ceremony, from the bride and groom’s wedding attire, the bride’s magical entrance, up to their first kiss as a married couple. The special dubbed as Dingdong and Marian Wedding Special THE CEREMONY is the first of the two part special.

The first part will feature the preparations and fun moments of Dingdong and Marian hours before they walk down the aisle as their close friends and families share their thoughts and wishes.

It will likewise give the viewers an exclusive access to the people behind Dingdong’s success in fulfilling Marian’s dream wedding including his live TV proposal to Marian, their prenuptial shoot and Marian’s meeting with her wedding gown designer in Dubai, and the gathering with their principal sponsors.

Viewers should watch out for the dramatic entrance of Dingdong inside the Immaculate Conception Cathedral but most importantly, the most anticipated highlight of the ceremony, the stunning bride as she finally walks down the aisle in her fairytale wedding dress. Get also an exclusive look at the couple’s exchange of vows as they profess their absolute love for each other and the long-awaited magical kiss.

Meanwhile on January 24, it couldn’t get any more magical as the network airs the second part of the special dubbed as Dingdong and Marian Wedding Special THE CELEBRATION.

Viewers will witness this time the celebration of love, joy, family and friendship with the Spanish-themed wedding reception held at the SM Mall of Asia Arena.

The special will feature a never-before released pre-wedding interview of the couple, their friends, celebrity guests as well as details from the creative team behind the reception.

Also, watch as the couple present their 3D-mapped wedding cake featuring the different pre-nuptial videos shot in Pampanga and Dubai, as well as the special short films made by one of the couple’s ninangs and their good friend, Bb. Joyce Bernal.

The part two will similarly show Marian’s surprise for her groom while Dingdong surprises Marian with a special gift - an original song and a special performance by Marian’s favorite band – the Aegis.

Don't miss this rare TV event and be part of the memorable milestone in the lives of Dingdong and Marian with the two-part wedding special on January 17 and 24 after Magpakailanman on GMA. 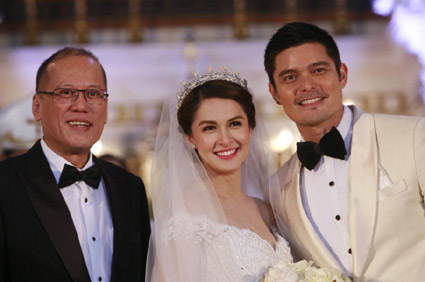