Is Donny Pangilinan no longer part of Sunday Noontime Live? 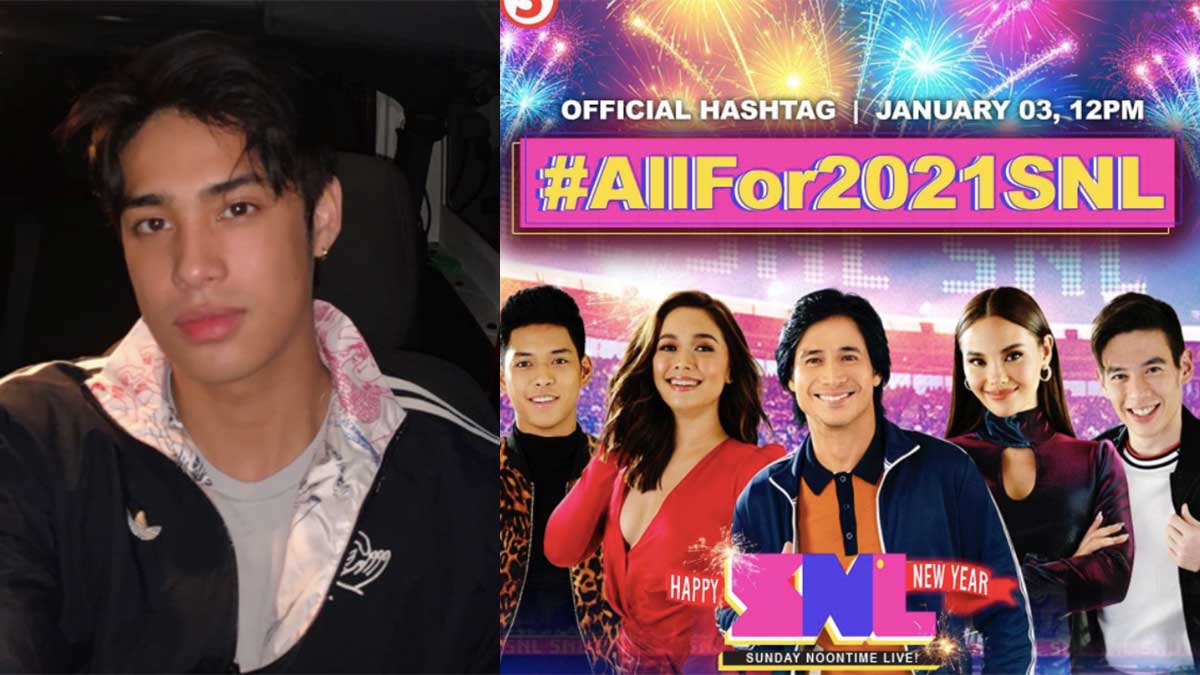 Donny Pangilinan is missing from the Sunday Noontime Live's promotional materials. Does this mean he is no longer part of the show?
PHOTO/S: @donny / SNL

The participation of Donny Pangilinan in TV5’s noontime show, Sunday Noontime Live (SNL), as one of the main hosts together with Maja Salvador, Catriona Gray, Jake Ejercito, and Piolo Pascual is raising question.

In the show's promotional material posted on January 2, 2021, Donny was missing from the picture of its main hosts.

Ricci Rivero, a regular performer in SNL from its start in October, was promoted to main host based on the photo.

Also, during SNL’s New Year episode on January 3, 2021, netizens noticed that Donny’s part was not shown during the intro. Instead, Ricci’s photo was shown.

This raised the question: is Donny no longer a part of SNL?

In Donny’s PEP Exclusives interview on November 6, 2020, he told PEP.ph (Philippine Entertainment Portal) that he won’t really be a permanent fixture in SNL.

This is because Donny remains to be a Kapamilya and is set to do projects with ABS-CBN.

He said, “I’m just gonna spend time lang with Mr. M and this new family and then after a few weeks there, after a few cycles, I’m gonna go back to my projects with ABS-CBN.”

This includes the iWantTFC series He’s Into Her, where Donny is paired with actress Belle Mariano.

Aside from He’s Into Her, ABS-CBN has also laid out plans for Donny’s career.

Donny said about the executives of ABS-CBN, “They’re very supportive, they wanted to honor my commitment with Mr. M and, at the same time, iyong mga gagawin ko rin after this cycle.

“May mangyayari after He’s Into Her na excited talaga ako.”