Janine Gutierrez meets with ABS-CBN executives, does this confirm her departure from GMA-7? 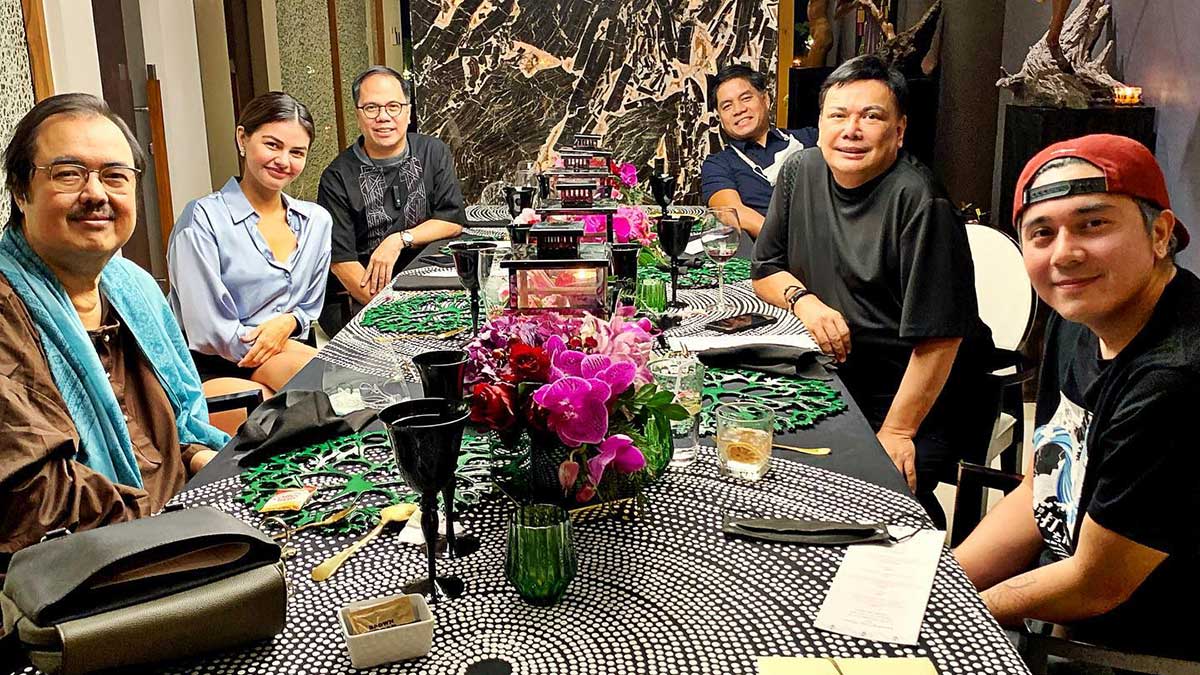 It looks like Janine Gutierrez is on her way to becoming a Kapamilya.

Earlier today, January 8, 2020, her manager Leo Dominguez posted a Facebook photo with her and Paulo Avelino. The talent manager handles the career of the two stars.

It was taken during their dinner with Deo Endrinal, the head of Dreamscape Entertainment, ABS-CBN’s content providing unit, Rondel Lindayag, the outfit's creative manager, and handler Rey Lanada.

Leo said in the post that the meet-up was a “congratulatory dinner” for Janine and Paulo.

Meanwhile, talks are getting louder about Janine’s impending transfer to the Kapamilya network after 10 years of being a Kapuso.

According to PEP.ph’s Cabinet Files, Janine will be doing a drama series with ABS-CBN.

Its details will be announced when Janine finally signs a contract with the network this month.

Does this dinner also mean that her first project as a Kapamilya will be under Dreamscape Entertainment?

This question has yet to be answered once Janine and her management make a formal announcement about her transfer to ABS-CBN.