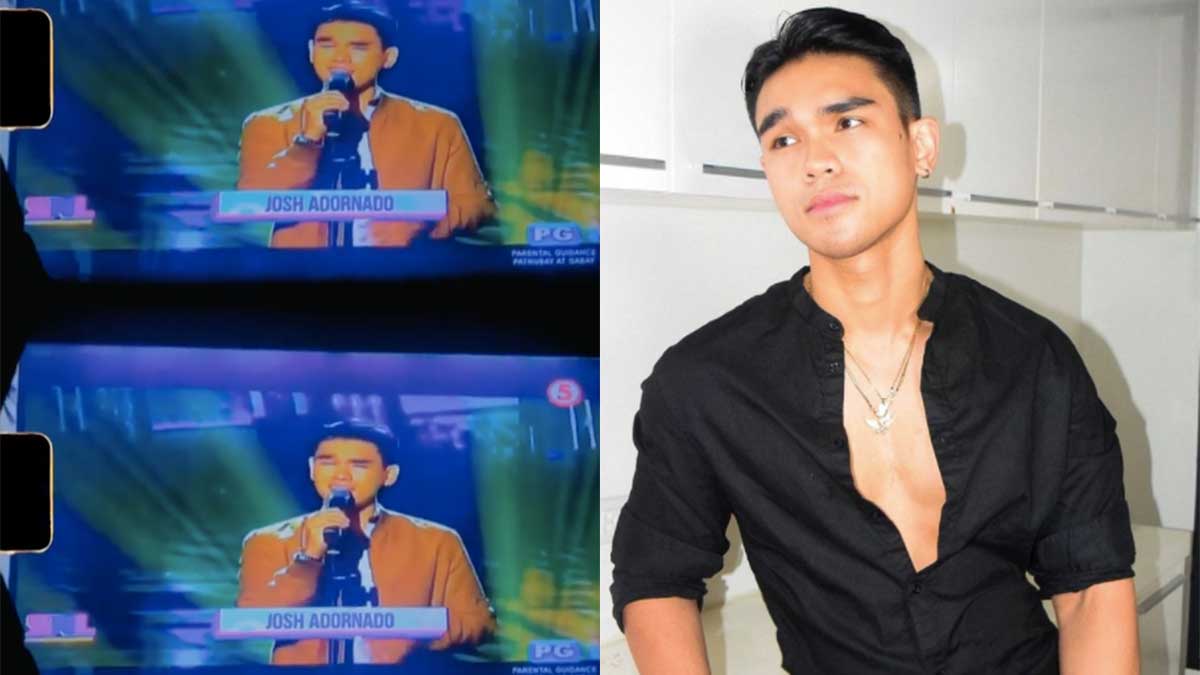 Former GMA-7 talent Josh Adornado on his TV5's SNL guesting: "A lot has happened over the years. A lot of heartaches and disappointments had to be endured. But God’s time is always right."
PHOTO/S: @joshadornado on Instagram

The Clash season one finalist Josh Adornado is back on television after his controversial exit from GMA-7 in 2018.

SNL is a production of Brightlight Productions and CS Studios.

CS Studios is the production arm of Cornerstone Entertainment, which now handles Josh’s career after his contract with GMA Artist Center was declared null and void.

In an Instagram post on January 11, 2021, Josh wrote about his first guesting on television after two years.

He admitted that he was “close to tears” when he first found out about the opportunity.

Josh's caption read (published as is), “After two long years....

“My heart was raising when I first found out I was guesting for @sundaynoontimelive . I was close to tears. This means everything to me. A lot has happened over the years. A lot of heartaches and disappointments had to be endured. But God’s time is always right”

He also thanked his Cornerstone bosses, mainly Erickson Raymundo, as well as Brightlight Productions for the opportunity.

“I want to thank my family in @cornerstone my bosses @visionerickson @jeffvadillo @cyndyroque for believing in my talent. Thank you for always guiding me. I am grateful for you all!!! Huge s/o too to @brightlightprodph for this opportunity! S/o to these talented artists I shared the stage with @janinetenoso @sammangubat which I had a hard time not fanboying over them on stage

“S/o to everyone who’s still beside me after all these years. This tiny victory is for you, most importantly SAYO LORD. This is all YOU. this 2021, more of your plans lord. Not mine.”

Josh started his career in GMA-7’s reality singing competition, The Clash, in 2018. He was part of the Top 5.

As part of the Top 5, he was given the opportunity to become part of the variety show Studio 7, which premiered in October 2018.

However, in February 2019, Josh was no longer seen in the show. Apparently, he was removed from the show because he already had a manager prior to joining The Clash. This was a direct violation of the show's rule that aspirants should not be under any management contract throughout the course of the competition.

Because of this, his contract with GMA-7 and its talent arm GMA Artist Center was declared null and void.

On February 26, 2019, Josh opened up about what happened to his contract, saying that he had “lost everything I had with GMA because of a mistake I made due to my inexperience.”

However, he did not elaborate on the “long story” behind the “mistake.”

Josh wrote in a Facebook post, “It really is a long story, and my inexperience is only one part of it but I don’t know really know how to explain it so this is all I’ll say about this."

In March 2019, GMA Artist Center released a statement about Josh’s contract, saying that his failure to declare that he had a live contract with another manager “makes all his GMA contracts null and void.”

The other manager of Josh was never disclosed in any of the statements.

After his exit from GMA-7, Josh kept himself busy, doing song covers for his YouTube channel.

He later joined the roster of Cornerstone Entertainment talents.