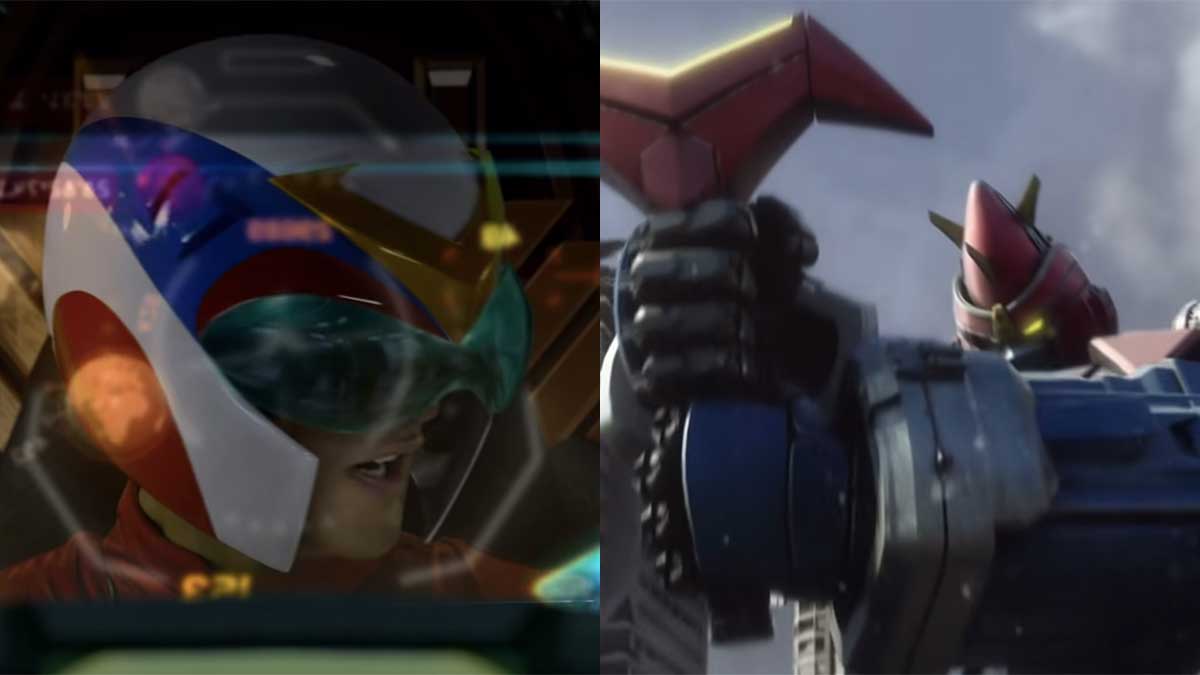 Suzette Doctolero says the Japanese producers of Voltes V have read the script, and are kept in the loop each time there is a change in the storyline of GMA-7's live-action adaptation.
PHOTO/S: Voltes V: Legacy (GMA-7)

GMA-7's announcement on doing Voltes V: Legacy has aroused the curiosity of netizens and TV viewers.

No sooner than the network released the show's teaser, they've been sharing their opinions about the upcoming live-action adaptation of the hit Japanese anime series that was first shown in the Philippines in the late ‘70s.

Some netizens praised the teaser for its high-definition computer graphics.

And there were those who said that Voltes V: Legacy would likely be just another Pinoy soap opera, complete with illicit affairs, baby switching, and children looking for their parents for years.

GMA creative writer Suzette Doctolero, who is helming the creative team of Voltes V: Legacy, addressed some of these concerns in her Twitter account on January 15, 2021.

She first replied to a netizen who said that GMA-7’s Voltes V and Netflix’s Ghost Fighter will be “a battle of who could f*ck up a well loved anime.”

Suzette wrote (published as is except the expletive), “Para ‘di magmukhang memang tukmol, wait first for the show to air at saka ijudge pag f*ck*d up o hindi. For now: shhh muna. :p :)”

She pointed out that the Japanese producers of Voltes V have read the script and have been informed of every revision.

TOEI Animation and Nippon Sunrise are the original producers of Voltes V.

Netizens who are fans of the original Voltes V also shed light on the show’s storyline, saying that there is actually a soap-opera-like arc in its storyline.

One explained (published as is), “Sorry to burst your bubble, but there actually IS an storyline of a 'missing/estranged' son in the original series. :) A Boazanian who also happens to be the blood brother of the Armstrong brothers. If you really are a Voltes V fan, you'd know who I'm talking about. :)”

Another wrote (published as is), “they need to rewatch the whole arc. it's literally a family struggle pit in between intergalactic war of two races. i would like to stress as well especially to those na walang idea about the beast in the teaser. that is Bazinga

In another tweet, Suzette joked about a comment of the same netizen about the Voltes V main characters spending 20 minutes in a crying scene.

The netizen wrote (published as is), “If we spend 20 minutes of crying scene, make Steve Mark Jamie love angle that soap operaish”

Suzette is the creator of ground-breaking GMA-7 dramas such as Encantadia, Amaya, and My Husband’s Lover.

Riot Inc., a post-production company that previously did the post-production of the original Encantadia in 2005, will be doing the computer graphics along with the supervision of TOEI Animation.

Voltes V: Legacy’s cast members as well as its airing date are yet to be announced by GMA-7.