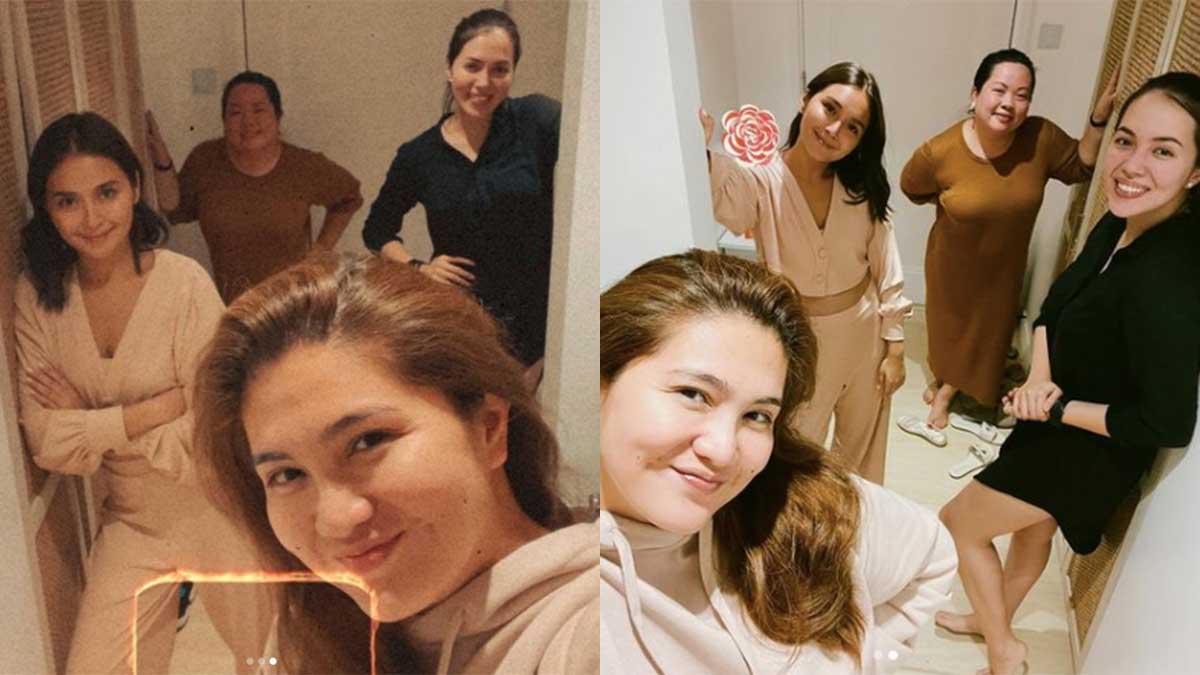 It has been 10 years since Kathryn Bernardo and Julia Montes rose to stardom as teen stars in ABS-CBN's remake of Mara Clara.

The original drama series top-billed by Judy Ann Santos and Gladys Reyes, also teenagers then, aired for five years from August 1992 to February 1997.

In the Maria Clara remake, which aired from October 2020 to June 2011, Kathryn played the role of Judy Ann’s Mara while Julia was tapped to portray Gladys’ Clara.

On January 31, 2020, Dimples posted a photo of her reunion with Kathryn, Julia, and Maria Clara remake writer Danica Domingo.

Dimples’ daughter, Callie, was also in the photo.

The date of the get-together was not specified, but Dimples said that it was a late post.

In her caption, Dimples hailed the life-long friendship among the stars and staff that was forged during the Mara Clara remake.

She wrote, “From a friendship that began a decade ago in Mara Clara (shoutout to all the amaaaazing fans who still, up to this day, tag me clips and photos ) to baking classes, wellness trips, to dinners at home, unli chika, food trips and road trips, so glad I get to call you all my sisters, @montesjulia08 @bernardokath @danix8 @calthebrand @callieahmee LOVE YOU. Can’t wait for our next date!”

Julia also posted a photo of their reunion on Instagram with the caption, “More than 10 yrs of friendship [heart emoji] love you girls @bernardokath @dimplesromana @danix8”

Kathryn, Julia, and Dimples have not worked together since Mara Clara, but through the years, they have been having mini get-togethers, together with Danica, every now and then.

The Mara Clara stars and real-life friends would also catch up with one another during guest appearances in ABS-CBN talk shows.

The last was when Kathryn celebrated her birthday in the morning talk show Magandang Buhay, where Julia was her surprise guest.