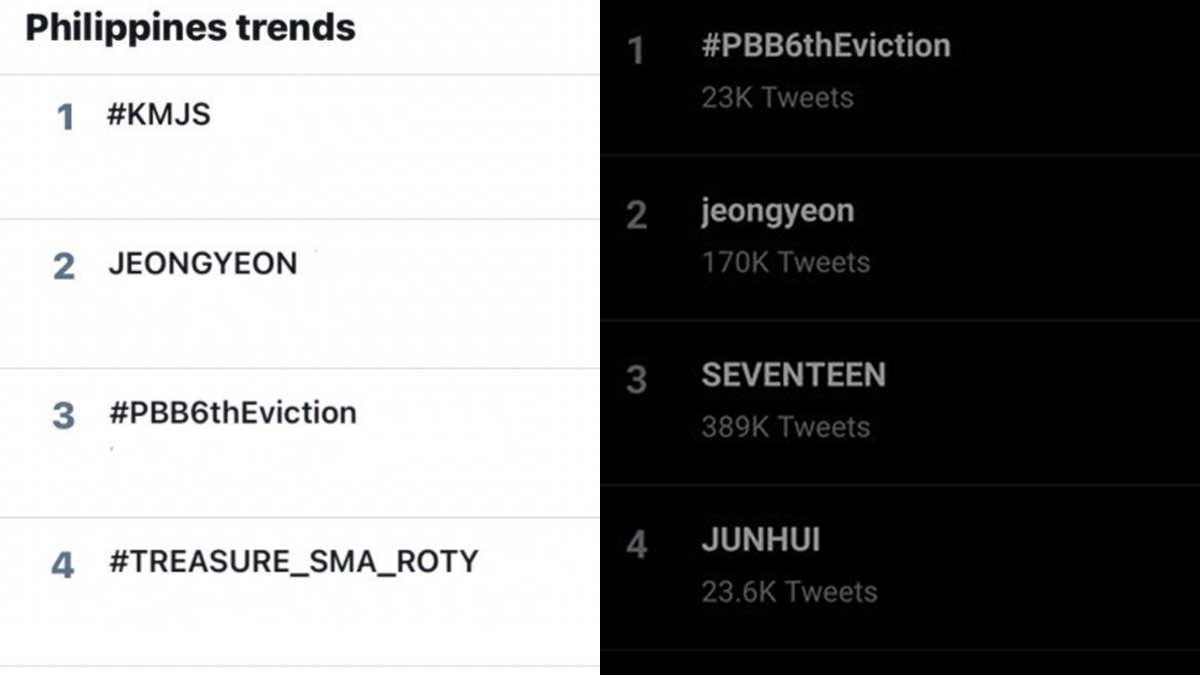 Kapuso Mo, Jessica Soho (KMJS) being a top trending topic on Twitter on January 31, 2021 is a fact, and is “never manipulated.”

This is according to a statement released by KMJS on Wednesday, February 3, 2021.

However, there were netizens who doubted the TV show’s claim using as their bases the screenshots of various top trending topics in the Philippines.

One of these topics included the hashtag #PBB6thEviction of its rival program Pinoy Big Brother: Connect.

The other top trending topics in other screenshots were mostly about K-Pop: Twice singer JEONGYEON and #CutestGirlJihyoDay

In its statement issued on February 3, 2021, KMJS said the screenshot of the trend list was “never manipulated” and that the show is “consistently trending online.”

It has also provided an explanation of Twitter's algorithm based on the social networking site’s FAQ.

The statement read: “On January 31, some users questioned the post on GMA Public Affairs’ Twitter account, referring to #KMJS as the top trending topic in the Philippines at 9:30 PM.

“Our social media team publishes photos of the Twitter trend list to acknowledge our loyal fans’ support and engagement online. Trends change every minute. According to Twitter’s Trend FAQ, the algorithm identifies top trends that are popular now, rather than topics that have been popular for a while on a daily basis. Thus, the ranking changes sporadically. When the hashtag #KMJS made it to the top, we captured screenshots as proof. Attached are the actual photos with the timestamp.

“#KMJS is consistently trending online. We never manipulated the trend list to our advantage and never will. All thanks to our loyal followers who engage with our online discourses every week.

“Thank you for your continued support on-air and online.”

The tweet also provided screenshots of the times #KMJS became a top trending topic on Twitter on January 31, complete with the timestamp.