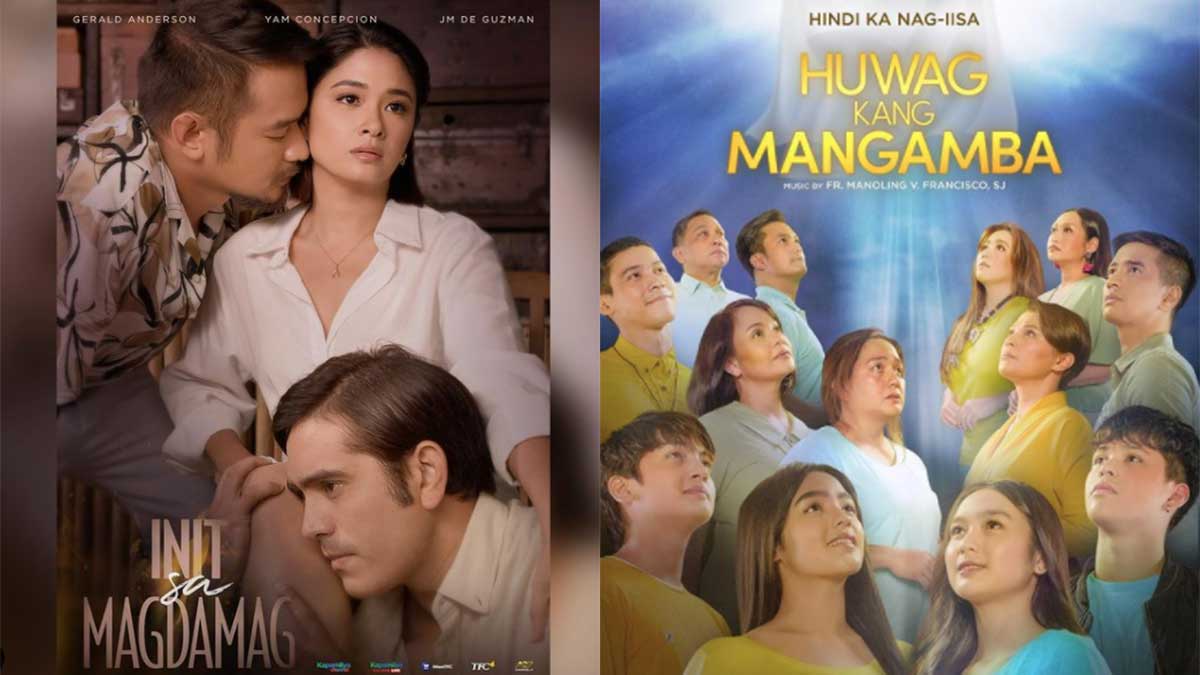 These are Init sa Magdamag and Huwag Kang Mangamba, which are both under the umbrella of ABS-CBN Entertainment as shown in their respective posters.

All TV shows produced by the Kapamilya network currently use the ABS-CBN Entertainment banner, which means that it is produced by ABS-CBN, but may air on different networks and platforms.

Init Sa Magdamag, which will be top-billed by Yam Concepcion, Gerald Anderson, and JM de Guzman, had its first poster reveal on February 13, 2021.

The series is also Gerald’s follow-up project after his last prime-time series, A Soldier’s Heart, aired its finale in September 2020.

JM is also taking on a new role after his last drama series, Pamilya Ko, was discontinued in 2019 because of the COVID-19 pandemic.

Based on its poster, Init Sa Magdamag will be aired on ABS-CBN’s current broadcast platforms: Kapamilya Channel on cable, Kapamilya Online Live on YouTube and Facebook, and A2Z Channel 11 on free TV.

Star Creatives, however, has yet to announce Init Sa Magdamag’s airing date and timeslot.

Diether Ocampo is also making a TV comeback via the series.

Like Init Sa Magdamag, Huwag Kang Mangamba is also expected to air on Kapamilya Channel on cable, Kapamilya Online Live on YouTube and Facebook, and A2Z Channel 11 on free TV.

Dreamscape Entertainment, the drama unit producing Huwag Kang Mangamba, has yet to announce its airing date.

Init sa Magdamag and Huwag Kang Mangamba are just two of the drama series set to be launched by ABS-CBN Entertainment in 2021.

The other shows from the network’s different drama units that are expected to air sometime in 2021 are Darna: The TV Series, La Vida Lena, Viral, and a still-untitled series starring Kathryn Bernardo and Daniel Padilla.