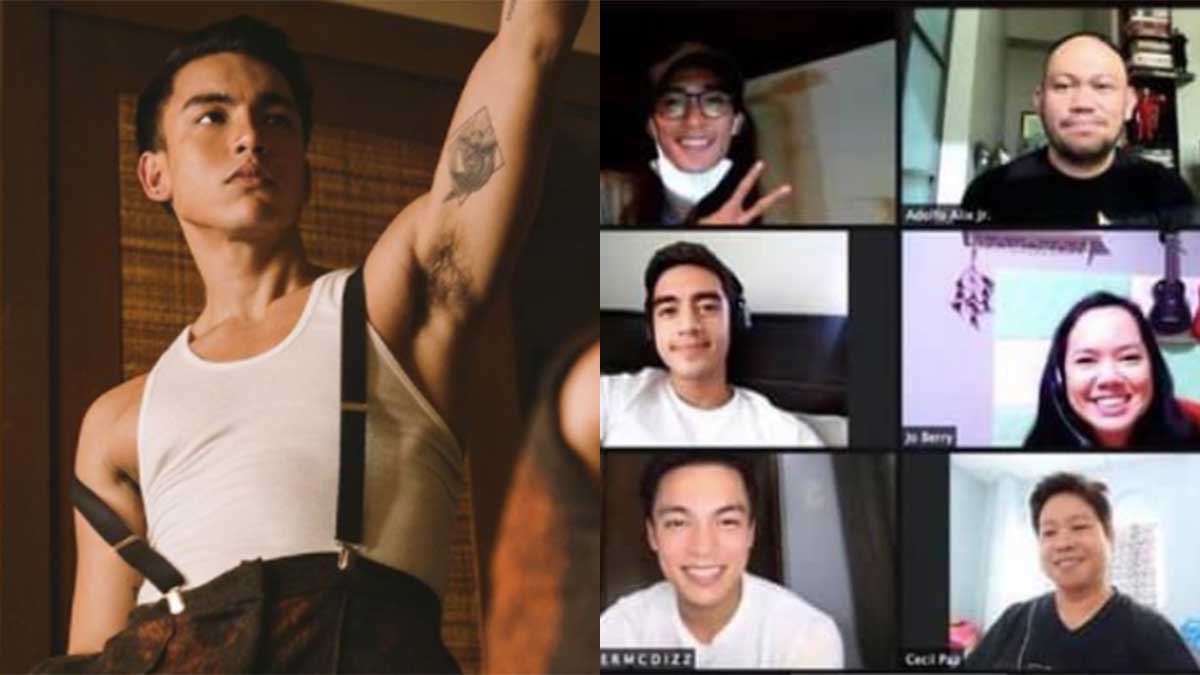 Alex Diaz is set to appear in an episode of Gtv's My Fantastic Pag-ibig with Kapuso artists Jo Berry and Yasser Marta.
PHOTO/S: @alexandermcdizz on Instagram / Solid Kapuso Latest Updates

Alex Diaz will soon be seen in a show on Gtv, the sister channel of GMA-7 formerly known as GMA News TV.

A former ABS-CBN talent, Alex has finished taping an episode of the romantic-fantasy anthology, My Fantastic Pag-ibig, together with Kapuso talents Jo Berry and Yasser Marta.

The episode, which is expected to air soon, is directed by Adolf Alix Jr.

This is the first appearnce of Alex in a GMA-7-produced show. However, this is not his first project outside ABS-CBN.

Before the pandemic, Alex finished Carpool, a series produced by Archangel Media of Mike Tuviera and Joe Oconer that aired on TV5’s prime-time block.

Alex’s last project with ABS-CBN was the iWant TFC series Oh, Mando, where he was paired Kokoy de Santos.

His other projects with the Kapamilya network were Got To Believe (2013), Bagito (2014), and FPJ’s Ang Probinsyano (2018). He also starred in some episodes of Wansapanataym.

GTV OPEN TO ALL ARTISTS

With the ever-changing landscape of television and the audience’s continuous search for a variety of programs and content, the network is also opening its doors to all artists.

“But Gtv will be open for all artists, not just Kapuso artists. Siguro it just happens na these first few programs, you see the younger GMA Artists.

“The difference between GMA and Gtv is that we want to really touch the young and the young at heart with this channel because we feel that the audience is looking for variety and we want to be able to fill that void.

“Kasi limited naman ang airtime ng GMA and maybe they’re looking also for this type of content so we just wanted to give variety, especially with GTV targeting the young and young at heart.”

Gozon-Valdes is the president of GMA Films Inc. and the programming consultant to the GMA chairman and CEO Atty. Felipe L. Gozon.

According to her, the new programs will also be handled by GMA-7’s two content-producing departments: GMA Entertainment Group and GMA News and Public Affairs.

The first Gtv prime-time series, The Lost Recipe, as well as My Fantastic Pag-ibig, is handled by GMA News and Public Affairs.

But because the demand for new programs is getting bigger with the presence of Gtv, the Kapuso channel is also expanding its pool of creative and production staff.

Gozon-Valdes pointed out, “Same groups ang magha-handle, but, of course, given the volume of shows, we have to get new teams on board, new directors, new writers.

“Consciously, we’re really offering content na if you notice, The Lost Recipe has been recently launched and has been getting good reviews.

“It has a lighter feel, love story. We’re targeting that type of audience for Gtv versus GMA.”