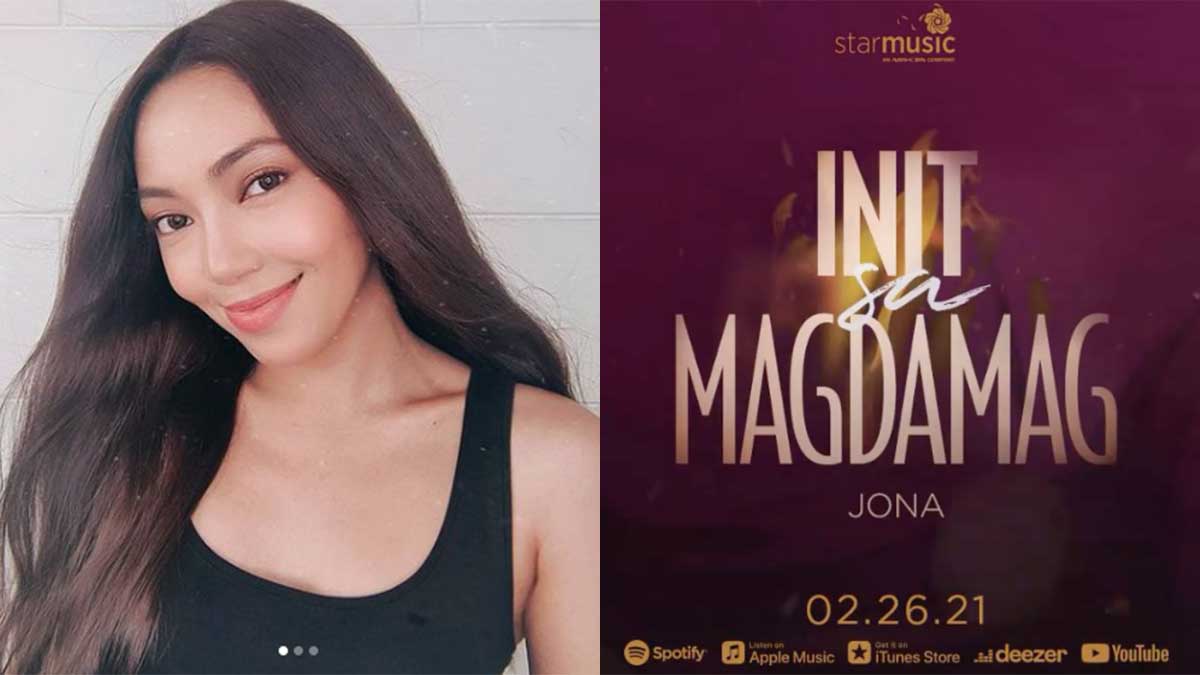 Jona's voice will be heard again in a teleserye via the upcoming ABS-CBN Entertainment series Init Sa Magdamag.
PHOTO/S: @jona on Instagram

Jona has been one of ABS-CBN's go-to singers for the soundtrack of its teleseryes and movies.

A former Kapuso singer known as Jonalyn Viray, Jona is tapped once again by the Kapamilya network to perform the theme song of its upcoming teleserye, Init Sa Magdamag.

The song, which is also titled “Init Sa Magdamag,” is a revival of Nonoy Zuniga’s classic hit.

Sharon Cuneta also had her own version of the song, which was used in the 1983 movie of the same title that starred Lorna Tolentino and Dindo Fernando.

The teleserye Init Sa Magdamag, however, is not a remake of the 1983 film.

ABS-CBN Entertainment has yet to announce the airing date of Init Sa Magdamag, which will be top-billed by Yam Concepcion, JM de Guzman, and Gerald Anderson.

Although Jona was tapped to sing the theme song of the TV5’s teleserye, she has remained a Kapamilya and regular performer in ASAP Natin ‘To.

In February 2021, Jona held a music night produced by Star Music, which streamed free on YouTube.

Jona was also one of the artists who participated in noise barrages after Congress killed the broadcast franchise of ABS-CBN on July 10, 2020.

She has performed a number of teleserye and movie theme songs for the network since she transferred to ABS-CBN from GMA-7 in 2016.