Who are Albert Martinez’s co-stars in GMA-7 teleserye comeback? 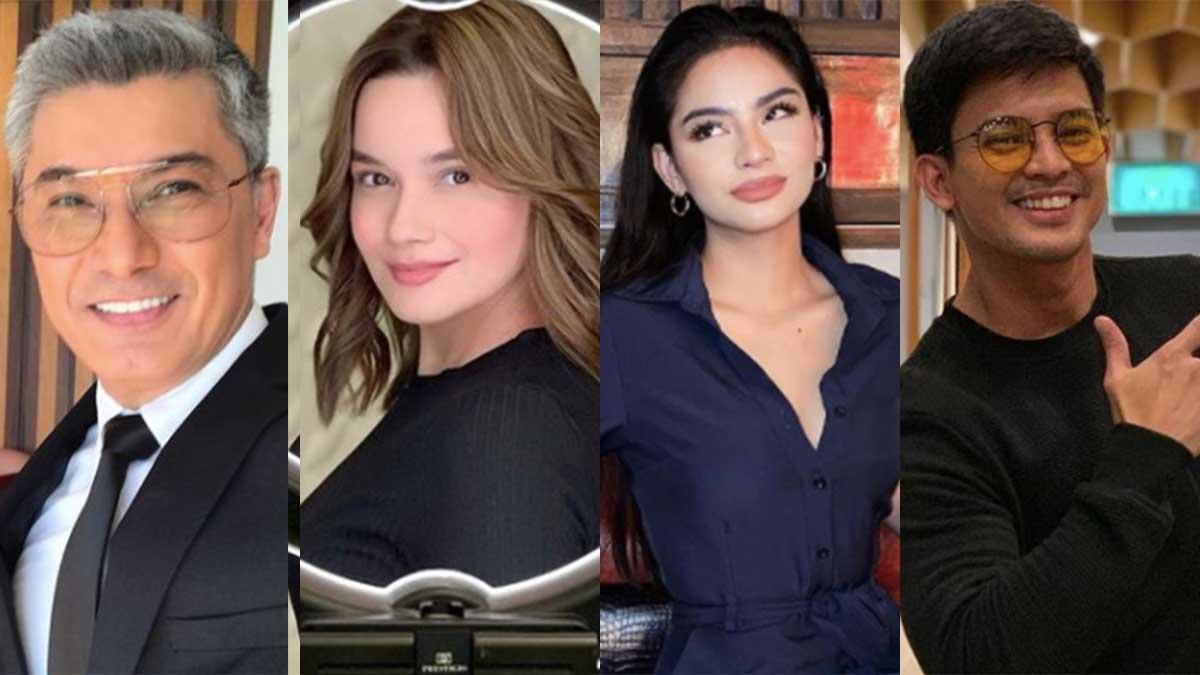 The co-stars of Albert Martinez in his upcoming GMA-7 teleserye have been revealed.

Yasmien was last seen in the 2020 special anthology series I Can See You, where she top-billed the installment “The Promise” with Paolo Contis, Andrea Torres, and Benjamin Alves.

Jason’s last regular series with GMA-7 was the Afternoon Prime drama Bihag in 2019.

Faith's role is Las Hermanas is her first major role since graduating from StarStruck 6 in 2015.

She was supposed to be one of the kontrabidas in Anak ni Waray vs. Anak ni Biday, but her character had been written off. The show had taken a production break because of the pandemic, and resumed airing in January 2021.

According to a report by GMANetwork.com, the upcoming Afternoon Prime series will tbe about revenge and jealousy.

Aside from Las Hermanas, GMA-7 has also released the titles of the network's upcoming offerings for its Afternoon Prime block.

Two of these shows have already started their lock-in taping.

The love team of Ken Chan and Rita Daniela are returning to the afternoon slot with Ang Dalawang Ikaw. Based on its teaser, Ken plays Nelson, a man who has dissociative identity disorder (DID). Rita plays Nelson’s wife while new Kapuso talent Anna Vicente plays the partner of Nelson’s alter-ego.

Also premiering on the GMA Afternoon Prime block are the legal drama Artikulo 247 and Little Princess, which tells the story of a little person who is actually an heiress and CEO of a company despite growing up in poverty.

GMA-7 has yet to name the cast members of these two shows.

Based on its omnibus trailer, GMA Telebabad is also set to premiere a number of shows this year.

The GMA prime-time anthology I Can See You, which had its first run during the whole month of September 2020, is set to return this year with four new installments.

Two of these installments have already started taping.

First is “On My Way To You” starring Ruru Madrid, Shaira Diaz, Malou de Guzman, and Richard Yap, while the other is “#Future,” starring Aiko Melendez, Kyline Alcantara, and Miguel Tanfelix.

The other two episodes are “AlterNATE” and “The Lookout.” Their cast members are yet to be revealed.

Legal Wives, which stars Dennis Trillo as a Maranaw Muslim royalty with three wives played by Alice Dixson, Andrea Torres, and Bianca Umali, is also expected to make its prime-time debut in the second quarter of 2021.

New Kapuso Richard Yap joins Heart Evangelista in her comeback series I Left My Heart in Sorsogon, where she plays a fashion socialite who returns to Sorsogon and gets reconnected with her family and ex-lover.

Ruru Madrid and Shaira Diaz are also set to topbill Lolong, which is inspired by the world's most enormous crocodile in captivity of the same name. The story revolves around the town of San Martin, which is encroached by fear because of the giant reptile.

Other upcoming titles that have yet to name their cast are To Have and To Hold, The World Between Us, Love. Die. Repeat., The Fake Like, and Raising Mamay.