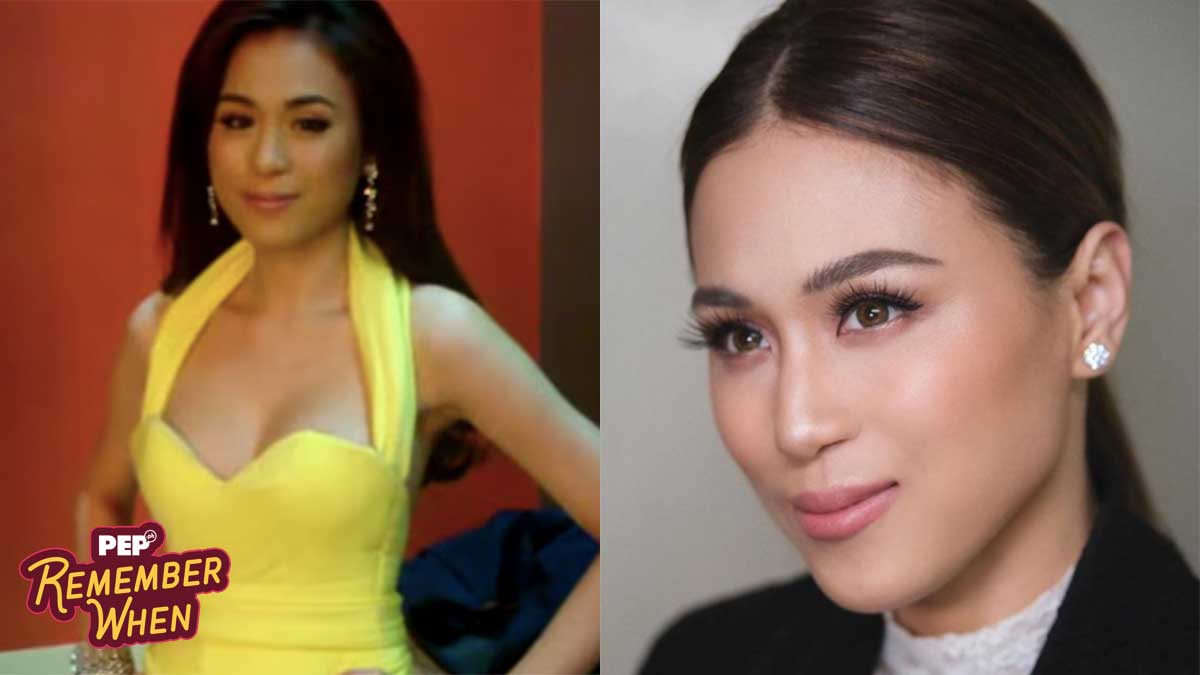 Remember when Toni Gonzaga made her talked-about transfer from GMA-7 to ABS-CBN in 2005?
PHOTO/S: I Feel U / @celestinegonzaga on Instagram

Toni Gonzaga’s popularity skyrocketed upon her transfer to ABS-CBN in 2005.

After all, her contract stipulated an album, a movie, and five shows in the Kapamilya network.

Even her Eat Bulaga! co-hosts were supportive of her decision and the negotiation was done smoothly.

But actually, the transfer was not as easy as it seemed for Toni.

On her Star Cinema online show I Feel U, with guest host Boy Abunda, she recalled her beginnings in ABS-CBN.

The first time she stepped into ABS-CBN studios as a Kapamilya, Toni was actually “emotional."

Instead of feeling excited about her transfer, Toni's mind was filled with doubts because of the comments she kept on hearing from other people during that time.

Their comments were not even without basis.

Toni took the comments to heart, and as a response, she did her best to exhaust her one-year contract with the network, thinking that there might be a chance she won’t be renewed.

She even had a talk with her younger sister Alex about this.

“When I transferred, I did the movie D’ Anothers, We Belong na album, show Wazzup Wazzup ‘tapos nakapag-ASAP ako.

WHY TONI TRANSFERRED TO ABS-CBN

But why did Toni transfer to ABS-CBN in the first place?

Toni revealed that GMA-7, her home network, did not actually have an offer for her.

Toni’s regular show back then was Eat Bulaga!, a blocktimer in GMA-7’s noontime slot.

Toni would also occasionally appear in series such as Ikaw Lang Ang Mamahalin, Habang Kapiling Ka, and Love To Love.

She also had a short hosting stint in the showbiz-oriented talk show S-Files.

In the ABS-CBN offer, Toni saw more opportunities that can hone her craft.

For her first interview as a Kapamilya, Toni sat down with Boy in the defunct showbiz-oriented talk show The Buzz.

Toni would then see herself doing five shows all at the same time: ASAP, MRS: Most Requested Show, ETK: Entertainment Konek, and Pinoy Big Brother in ABS-CBN, and Wazzup Wazzup in Studio 23.

Because of this, she did not even feel that her new song at that time, “We Belong,” was a hit on radio stations and music charts.

What she first believed to be only a year of being Kapamilya has now become 16 years.

SASSY GIRL: A CELEBRATION OF HER TWENTY YEARS

This 2021, Toni is set to top-bill the Pinoy adaptation of the hit 2001 Korean rom-com movie My Sassy Girl.

When Boy brought up that the original My Sassy Girl was shown in the same year Toni appeared in her famous softdrink commercial, Toni remarked, “Oo nga ano, parang full circle.”

Toni then revealed that she never expected she would be able to fulfill a dream she had since 2006.

VIVA and Paul’s film outfit, Ten17P, had been working as co-producers in several films.

She narrated, “That project came to me unexpectedly. I’m at a point in my life na sinurrender ko na iyang dream na iyan. It was my dream in 2006.

“Until last year, it was nighttime, iyong phone ni Paul nag-ring. It was Boss Vic del Rosario and then he left and then he came back.

“And then he asked me, 'Boss Vic is asking if you will be willing to play the role of Sassy Girl because they got the Philippine adaptation, the rights to do it.'

“Sabi ni Paul, ‘Yeah, do you wanna do it?’ So nagkaroon sila ng talks and then I also have my own production, iyong TINCAN.

Toni admitted that she suddenly becomes emotional every time she sees the rushes or even hears the theme song of her upcoming movie.

“Parang what a way also to celebrate your 20 years in the business.”