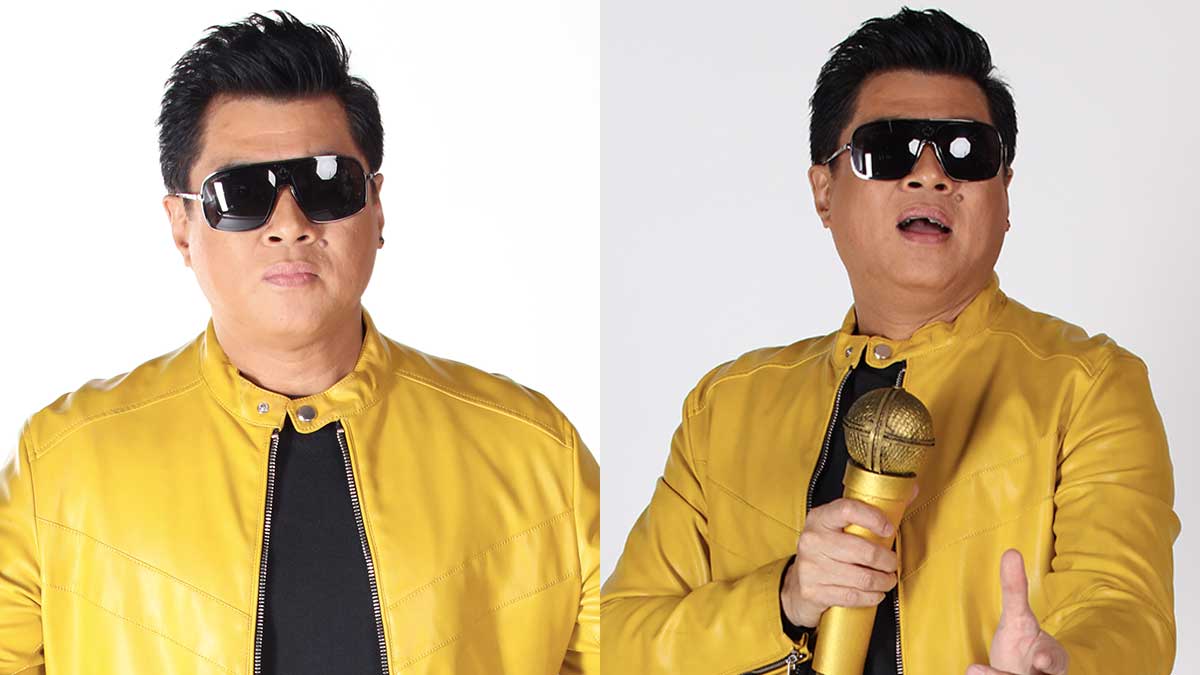 Randy Santiago on hosting TV5's Sing Galing: "Talagang very grateful [ako] to the station for giving me the opportunity to do this."
PHOTO/S: Sing Galing (TV5)

Randy Santiago is back to hosting.

He is top-billing the comeback of the hit singing game show Sing Galing, which is slated to air on April 5.

Joining him are K Brosas and Donita Rose.

In an exclusive interview with PEP.ph (Philippine Entertainment Portal) on March 24, 2021 via Zoom, Randy revealed that the chance to be one of the show's Sing Masters or hosts was one of the reasons he was convinced to accept the offer from TV5 and Cignal.

Prior to Sing Galing, Randy was a judge in ABS-CBN’s variety show It’s Showtime for its “Tawag ng Tanghalan” segment.

“Para maatasan iyong katulad ko to host another show, parang ipinagkatiwala sa akin, talagang very grateful to the station for giving me the opportunity to do this. Iyong mga nalalaman ko through the years, ibubuhos ko talaga dito.”

He also hosted the short-lived noontime program Happy, Yipee, Yehey on ABS-CBN in 2011.

His last regular hosting stint was in Willie Revillame's short-lived TV5 noontime show, Wowowillie, which ran from January to October 2013.

RANDY IS NOT ONLY A HOST IN SING GALING

During the Zoom interview, Juke Boss or judge Rey Valera applauded Randy as a co-worker.

For Rey, Randy was not only a host but also a director, which made their jobs easier, especially since they had to tape three episodes a day for their one-week lock-in taping.

After thanking Rey for his kind words, Randy explained why he has the liberty to do such things on the set.

After 20 years, TV5 and Cignal have decided to bring it back with the tagline “Kantawanan sa hapunan,” as its timeslot is 6:30 p.m. from Monday to Friday.