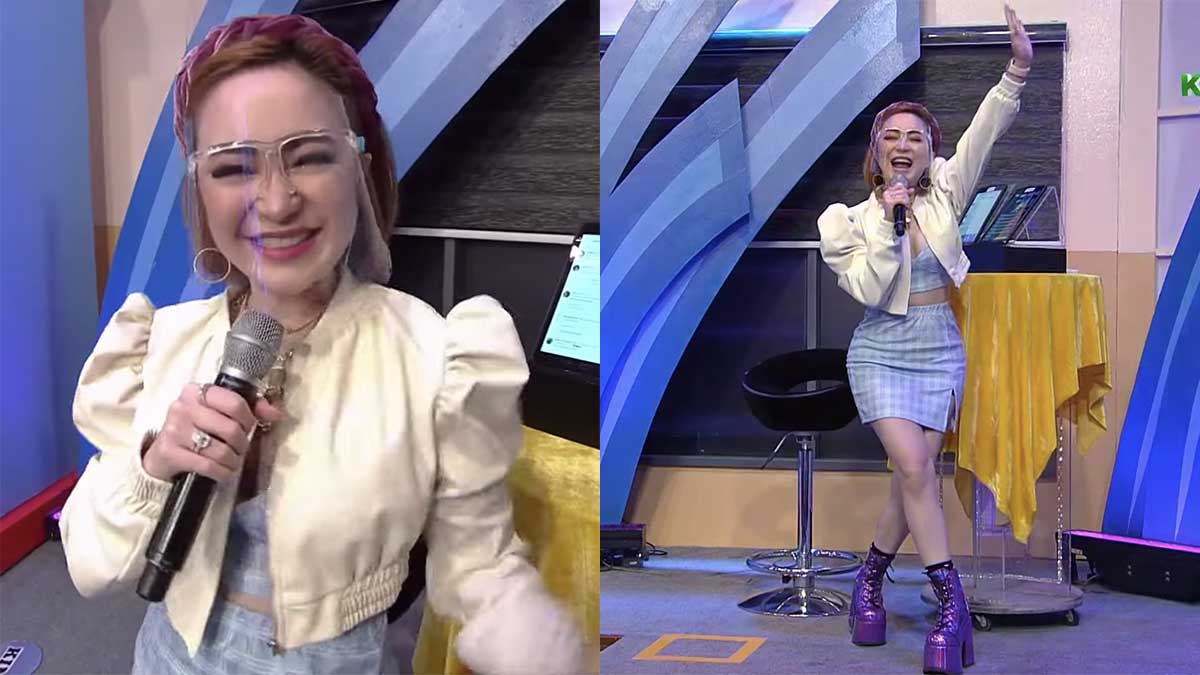 She was the guest player in the ABS-CBN’s noontime show’s segment “Hide and Sing,” where she had to guess who among the three singers wearing disguises is the real recording artist.

It’s Showtime is the rival program of Net25's Happy Time, where she used to be a host.

Back in September 2020, Kitkat was one of Happy Time’s original hosts together with Anjo Yllana and Janno Gibbs when the show aired on Net 25’s noontime slot.

However, an incident in February 2021 led to a heated argument between Kitkat and Janno, both on air and on social media. Both hosts were later removed from the show.

Her guesting coincided with It's Showtime’s first live show since March 2021, after it temporarily took a break from airing fresh and live episodes amid the surge in COVID-19 cases.

After they welcomed her to the show, Kitkat exclaimed, “I’m so happy to be here! Thank you!”

Karylle seconded, “At saka ang cute-cute! Look at that outfit!”

Host Vice Ganda, who was part of the Tago-Gulo or the guest’s guide in choosing the right or wrong answer, threw in after noticing Kitkat’s purple high-heeled boots. 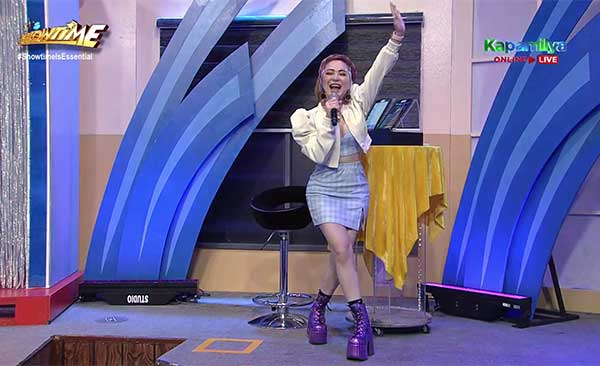 As part of the game, Kitkat had to guess who is the real singer among three choices called the Tago-Kanta, who were wearing PPEs with their faces covered.

Their singing voice would also help Kitkat find out the singer's identity.

For this episode, all performers were female singers.

The Tago-Gulo, composed of Vice, Vhong Navarro, Jugs Jugueta, and Teddy Corpuz, could also give their input to either help or distract Kitkat from her original guess.

In the middle of guessing the third Tago-Kanta, Vice threw in his punchline about Kitkat’s “favorite singer.”

Kitkat blurted out a huge laugh after hearing Vice’s joke.

SOP is the defunct noontime show of GMA-7 with Regine Velasquez, Ogie Alcasid, Jaya, and Janno Gibbs as its main performers.

When Kim asked if Kitkat still had questions for Tago-Kanta number three, the comedienne said that she was already fixed with number two as her guess.

Taking to Instagram after her It’s Showtime appearance, Kitkat referred to ABS-CBN as "home" and identified herself as a Kapamilya.

She wrote in her post, “Always fun and happy to be home! Thank u @itsshowtimena for having me today! #kapamilya”

KITKAT VS. JANNO IN HAPPY TIME

Back in August 2020, it was announced that Kitkat would be joining Janno Gibbs and Anjo Yllana in hosting Net 25’s noontime show, Happy Time. 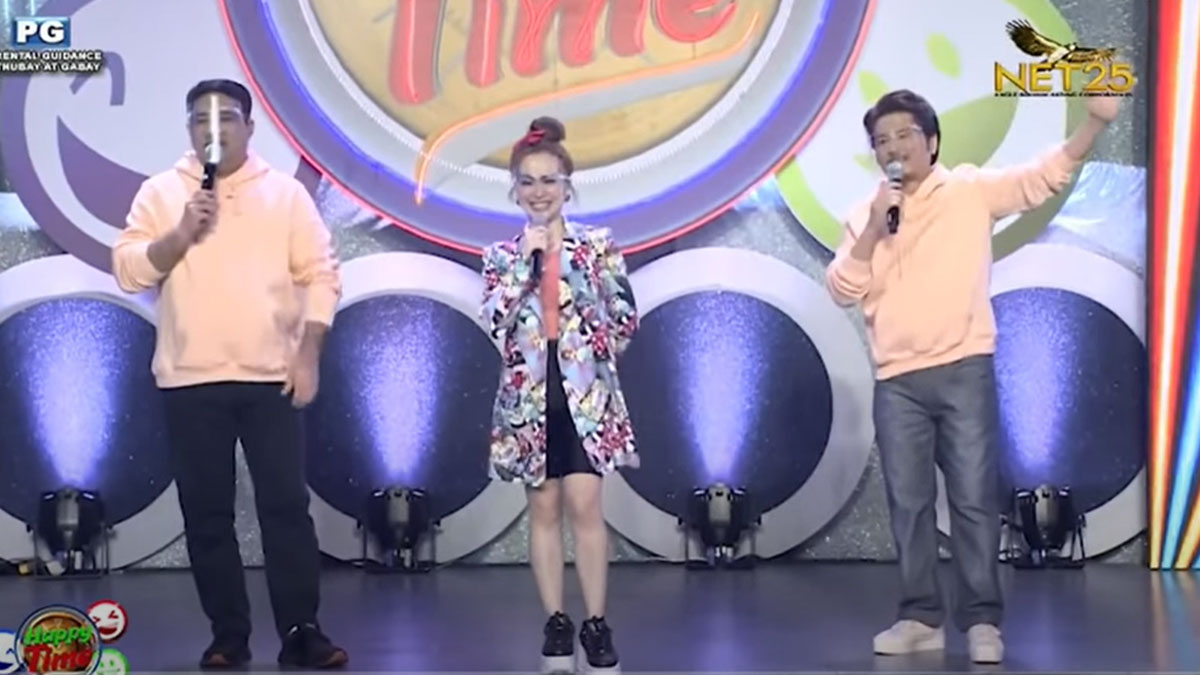 The show was already on its fifth month on air when, on February 21, 2021, PEP.ph (Philippine Entertainment Portal) received a feed about an incident that happened on the set involving Janno and Kitkat.

The informant even said that Kitkat received at least “mga walong mura” from the veteran singer.

The incident started when guest Marco Sison and his team won against Janno’s team in a game.

That was when Janno reportedly started lashing out at Kitkat before throwing his microphone on stage and walking out of the set.

On February 23, Kitkat said in a Facebook interview with PEP.ph that she and Janno had already sorted things out, with the help of Happy Time’s production.

Kitkat did not also deny that a cursing incident did happen, but she had already forgiven Janno.

She issued her own statement on her Facebook feed.

However, just hours after their reported reconciliation, Janno lashed back at Kitkat saying “pinalabas na wala siyang kasalanan” based on her Facebook post.

On February 25, Janno released an official statement saying that he and Kitkat were already removed from Happy Time because of the incident.

According to him, what he thought was an “innocent, comedic banter” was “taken personally.”

Janno said that he was provoked to react after Kitkat “consecutively said several words against me.”

In the end, Janno said, “My personal learning is to not react so publicly in situations like these whether on air or online. I have also learned to treat my co-workers with even more sensitivity.

“I remain grateful to Net 25 for the opportunity to work for them. They have treated me well. And I will miss working with my brother, Anjo.”