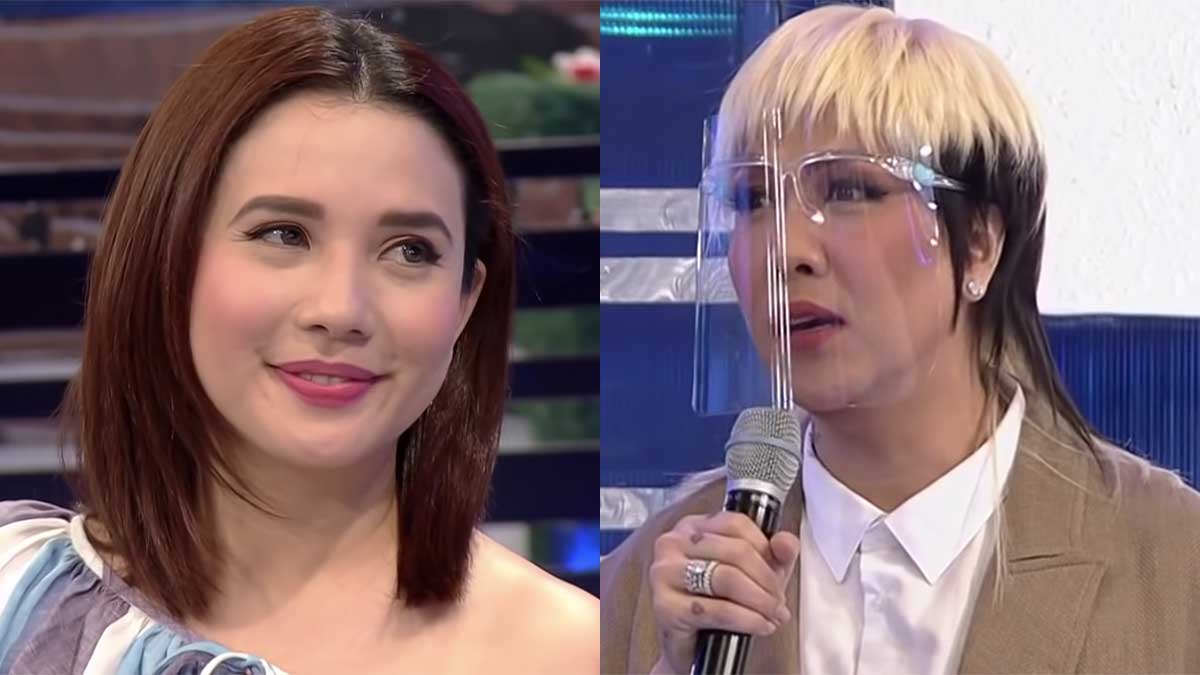 Karylle, who turned 40 on March 22, did a live performance of her own composition “Simula” in the show, with her husband Yael Yuzon and mom Zsa Zsa Padilla singing with her on screen in a pre-recorded performance.

After her performance, Karylle was greeted by her co-hosts headed by Vice Ganda.

In his message, Vice wished Karylle will stay longer as a host on It’s Showtime and continue the camaraderie they have for more than ten years.

Karylle was teary-eyed during her response in which she promised to be with It’s Showtime family “habang buhay.”

Karylle said that hearing DJ MOD play the It’s Showtime theme pushes her each time to get out there and do her bit despite her fear of the pandemic.

Vice then thanked Karylle for staying in It’s Showtime.

Vice admitted there were times when he and other co-hosts got worried that Karylle might follow the other hosts who had left their show.

Karylle, who was a Kapuso star before moving to ABS-CBN in 2008, became a co-host of It’s Showtime in 2010 during the show’s first anniversary.

Karylle and Vice have generated a fan base called "ViceRylle," which started after they were paired in one production number in It's Showtime.

After her birthday celebration on It’s Showtime, Karylle posted a photo on Instagram with the flowers she received from the ABS-CBN program.

In the caption, the singer sent out her “big love” for Kapamilyas and her It’s Showtime family.

She wrote, “Big love for my Kapamilyas, my dearest Showtime family, my bosses, my co hosts, our staff and crew & of course our Madlang People! Love you all! You sure know how to make a person feel special. Hugs and kisses!”