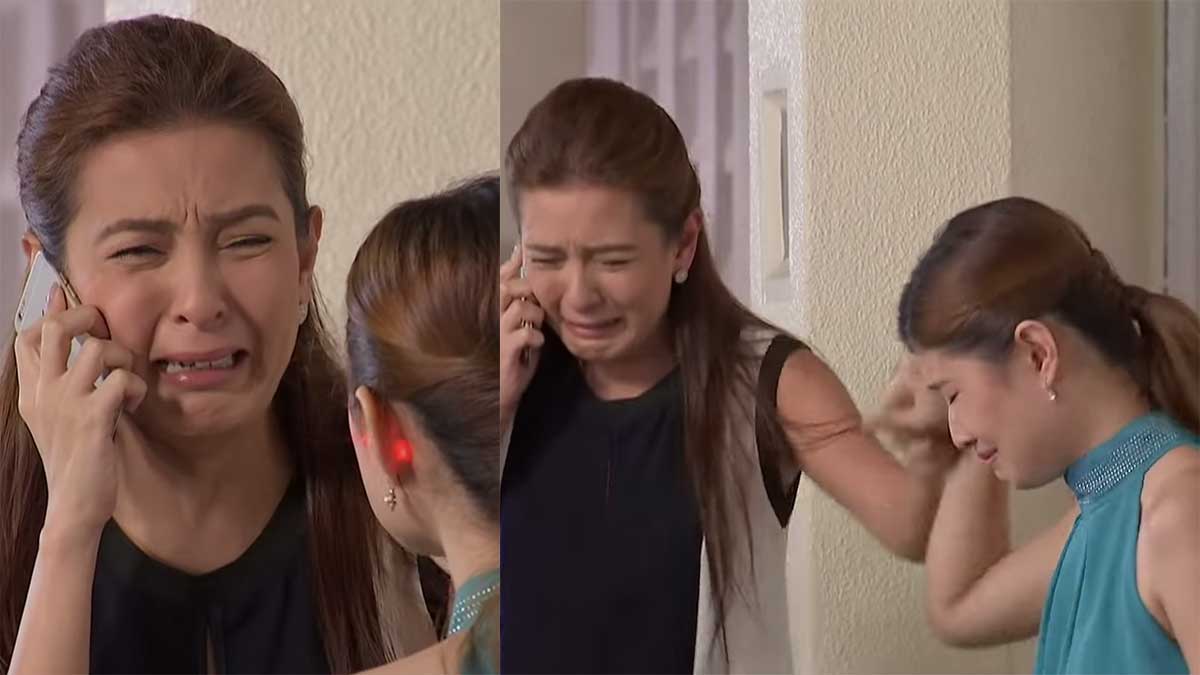 Jean Garcia and Thea Tolentino's unforgettable scene in GMA-7's defunct teleserye, The Half Sisters, is revived and now viral on TikTok.
PHOTO/S: The Half Sisters (GMA-7)

A scene from Jean Garcia’s defunct GMA-7 teleserye, The Half Sisters, has been revived on social media and gone viral.

The scene showing Jean and Thea Tolentino dancing and crying at the same time in this heavy family drama was reposted on TikTok by a user named Matthew Profeta on March 19, 2021.

The post was his answer to a TikTok question from @jammin_wben, who asked: “What’s an acting performance that was SO GOOD you forgot it was acting??”

The clip from the teleseryes shows mother and daughter Rina and Ashley, played by Jean and Thea, respectively, being held hostage by unknown men.

The mastermind instructed them through a smartphone, “At dahil makulit kayo, sumayaw kayo.”

Rina then started crying when she saw a laser from a sniper gun pointed at Ashley.

Rina and Ashley then started dancing while crying profusely.

Matthew’s post, as of this writing, has already 18k likes on TikTok.

It was first posted by a Twitter user named @jirojacinto on March 20, only using Jean’s lines in his caption.

Most of the reactions praised Jean and Thea for having successfully pulled off the scene, crying while dancing.

The video resurfaced last Monday, April 26, at the height of the 2021 Oscars or the Academy Awards.

Twitter user EnJillRaz wrote, “the oscar for best actress goes to...jean garcia for ‘eto na sumasayaw na kami,’” referring to the scene of Jean in The Half Sisters.

The tweet received 348 retweets, 126 quote tweets, and 2,764 likes as of this writing, with reactions riding on the Oscars tweet.

EnJillRaz then followed this with another tweet: “this tweet was made in jest. but also, filipino performers are incredible for committing wholeheartedly to all the crazy stuff they're asked to do in soap operas. so maybe she does deserve that oscar, ano.”

The Half Sisters, an afternoon drama top-billed by Jean, Thea, and Barbie Forteza, became popular for its campy fight scenes that viewers found entertaining.

The show received high ratings during its run of one year and seven months from June 2014 to January 2016.