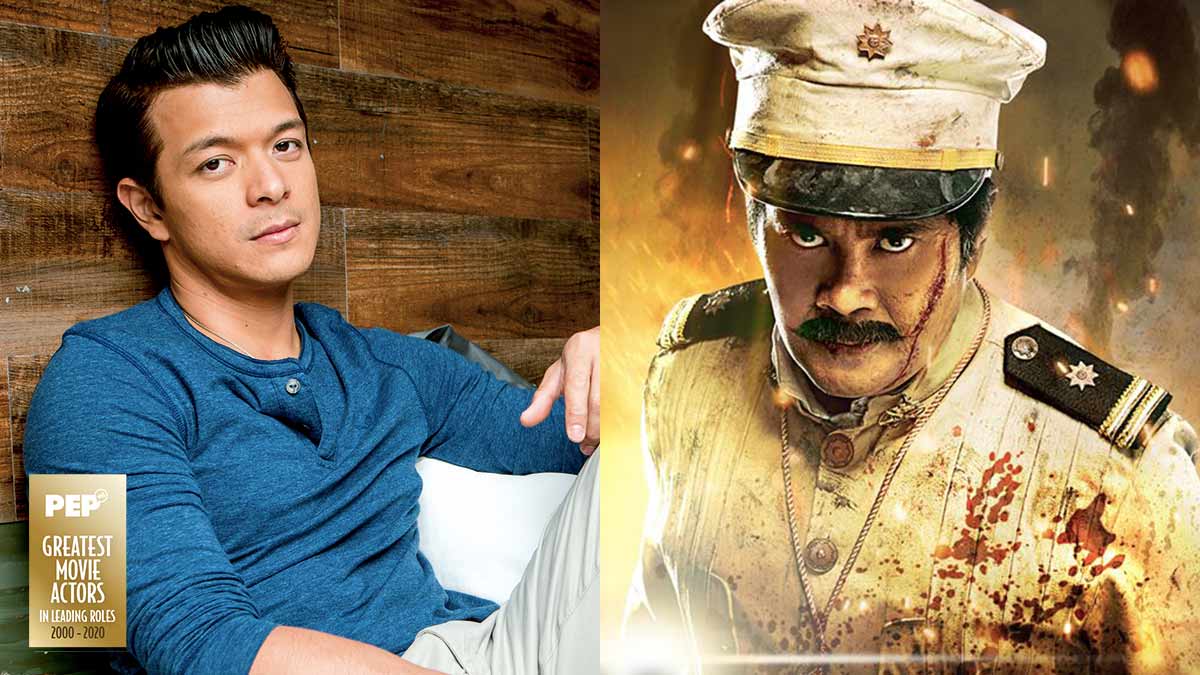 Did you know that Jericho Rosales auditioned to play the title role in the 2015 biopic Heneral Luna? The role went to John Arcilla.
PHOTO/S: Cyrus Panganiban for YES! Magazine / Heneral Luna

Jericho Rosales has had several remarkable portrayals in both television and film.

But despite having played many iconic characters, he says there were roles he wished he had played.

Jericho reveals in his Calamansi live cast session with the editorial team of PEP.ph (Philippine Entertainment Portal) on April 21, 2021, that he, in fact, auditioned for the role.

Although he quips, “Feeling ko, if I played that role, I would suck and the movie wouldn’t have made money,” he narrates the story of his audition where he faced director Jerrold Tarog and his team.

He recounts, “I auditioned for Heneral Luna as Heneral Luna. So, I remember being in front of the camera for Jerrold Tarog and his team. I was throwing lines.

At that time, Jericho was preparing for his wedding with his wife Kim Jones.

Laughing, Jericho continues, “2014, that was my wedding and then if I do that, I’m gonna be fat on my wedding day!”

Talking about Jerrold, Jericho says, “I think he felt the hesitation there na, ‘Wait, hold on, so you can’t gain weight?’

“Because I was skinny that time, medyo payat talaga and I need to gain weight for the role.

“Eventually, of course, we all know who got the role. He’s not fat, but he is more massive than I am, he’s more muscular, he’s way more mature for the role so I think he was the best.”

The role eventually went to veteran actor John Arcilla, who did his first lead role in many years.

And looking back, Jericho has no regrets.

Says he, “I’m really happy na I got to audition for that and that experience alone was something I could tell myself na, ‘Hey, this is the life of the actor, di ba?”

Aside from the lead in Heneral Luna, Jericho also missed the chance to be in Erik Matti’s award-winning action film, OTJ: On The Job (2013), top-billed by Piolo Pascual and Gerald Anderson.

However, Jericho says he was not able to accept OTJ, even if it was Erik Matti himself who sought him out, because of conflicts in work schedule.

The actor recalls, “That time, I was doing a lot of teleseryes. He called our management, he called our team and said he was kind of interested in casting me doon sa movie niya.

“Siyempre, I got very very excited. But then, we were having problems with our schedule.

“I will not tell you which role but it was On The Job that he was asking me to at least audition for or cast or parang ganyan.”

It was one role that Jericho regretted not doing, saying, “I remember super watching the film and smashing my face in the palm na parang, 'Oh my God.'

Jericho Rosales is PEP.ph’s top pick in The PEP List of 15 Greatest Actors of Philippine Cinema in Leading Roles, 2000 to 2020.

To read more about The PEP List of 15 Greatest Actors of Philippine Cinema in Leading Roles, 2000 to 2020, click here.