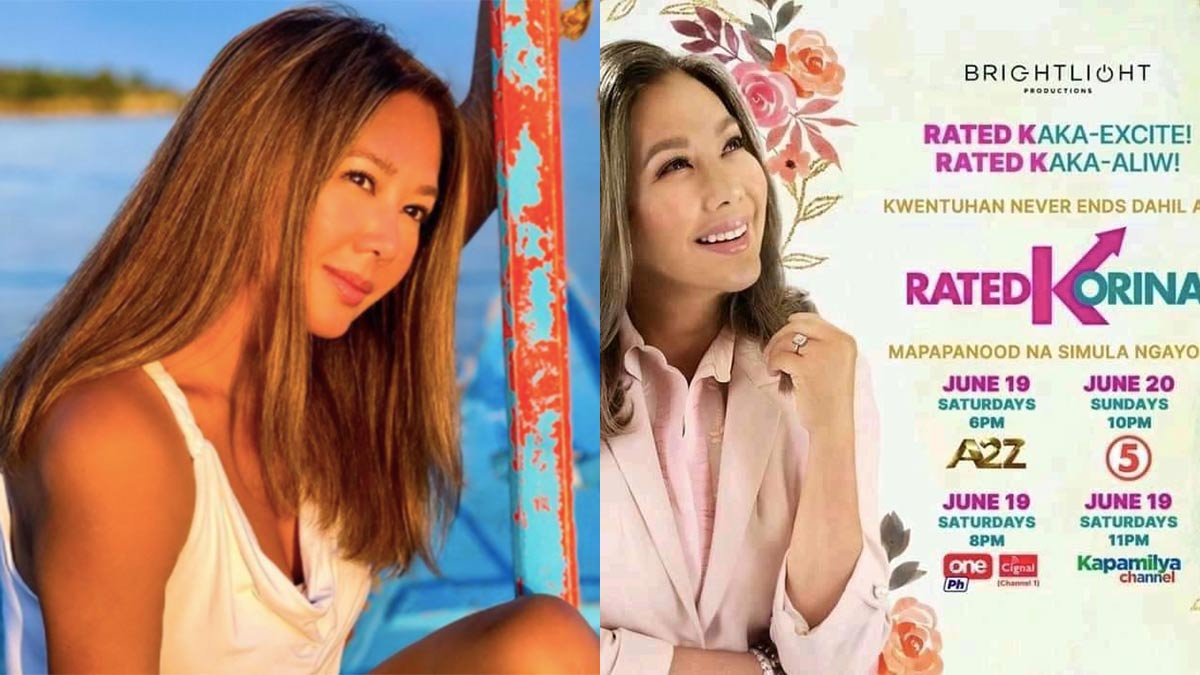 Korina Sanchez will be seen again on ABS-CBN platforms this June 2021.

Her magazine show, Rated Korina, will now be aired via A2Z Channel 11 on free TV and Kapamilya Channel on cable.

It will continue to run on TV5, the show's home network since its pilot in October 2020.

This was announced through an art card posted on social media by various Kapamilya and Kapatid accounts earlier today, June 2, 2021.

Based on the post, Rated Korina will have a different timeslot in each channel. 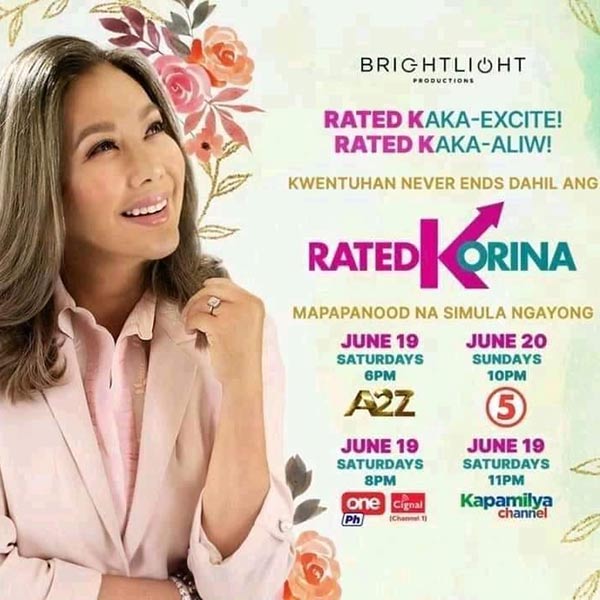 Rated Korina has also started airing on ABS-CBN's international channel, The Filipino Channel, on May 29, 2021.

Prior to Rated Korina, Korina hosted the ABS-CBN magazine talk show Rated K, which aired from May 2004 to May 2020, before the Kapamilya network was shut down by Congress.