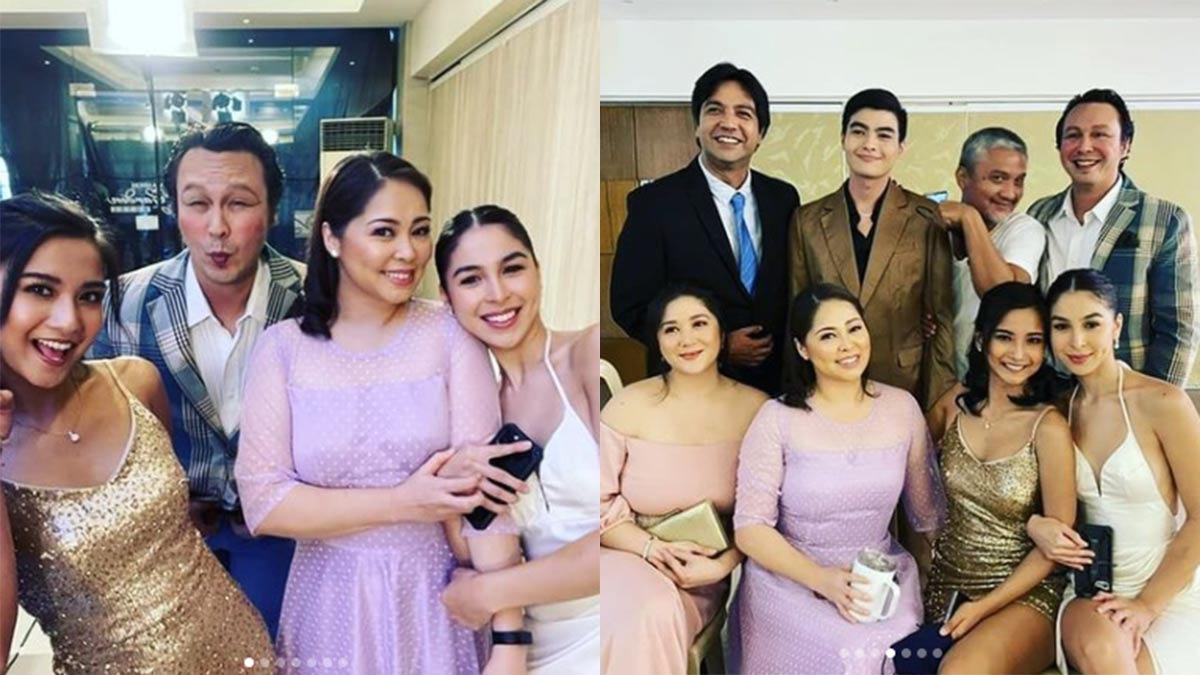 Julia Barretto is set to do a teleserye with TV5.

She is the lead star of the upcoming drama series titled ‘Di Na Muli co-produced by TV5 and VIVA Television.

Most of Julia’s co-stars in the teleserye are also from the stable of the VIVA Artists Agency, including her leading man Marco Gumabao and the 90s love team Angelu de Leon and Bobby Andrews.

Cast member Baron Geisler has been posting photos from their lock-in taping in Subic.

Among these actors, Baron, Krissha, Andre, and Marco Gallo are being managed by the VIVA Artists Agency as well.

One of Baron’s posts showed the cast taping a party scene in a grand ballroom.

Angelu also posted a TikTok video of the cast where they did the “Di Na Muli Breakfast Challenge” dance during the party scene.

Just today, June 7, 2021, Baron posted photos of his workout bonding with co-stars Angelu, Bobby, Katya, and Lander in between their taping.

Baron was also given a surprise blowout by his co-stars for his birthday on June 5.

The upcoming series is directed by Andoy Ranay, who helmed ABS-CBN shows The Good Son and Love Thy Woman, and GMA-7 teleseryes Ang Dalawang Mrs. Real and Endless Love, among other projects.

On June 4, it was revealed in a vlog by Julia's boyfriend Gerald Anderson that he had visited her on the set of her new teleserye.

TV5 and VIVA have yet to announce the airing date of Di Na Muli, which is Julia’s first teleserye outside ABS-CBN and her first project with VIVA after she transferred to VIVA Artists Agency in 2020.

Julia and Marco were supposed to be part of the Kapamilya drama series Bagong Umaga in 2020. However, both of them were pulled out of the show.

According to Julia, she was not able to do the project after ABS-CBN management decided to cast Star Magic talents in the lead roles. Heaven Peralejo replaced her in the show.