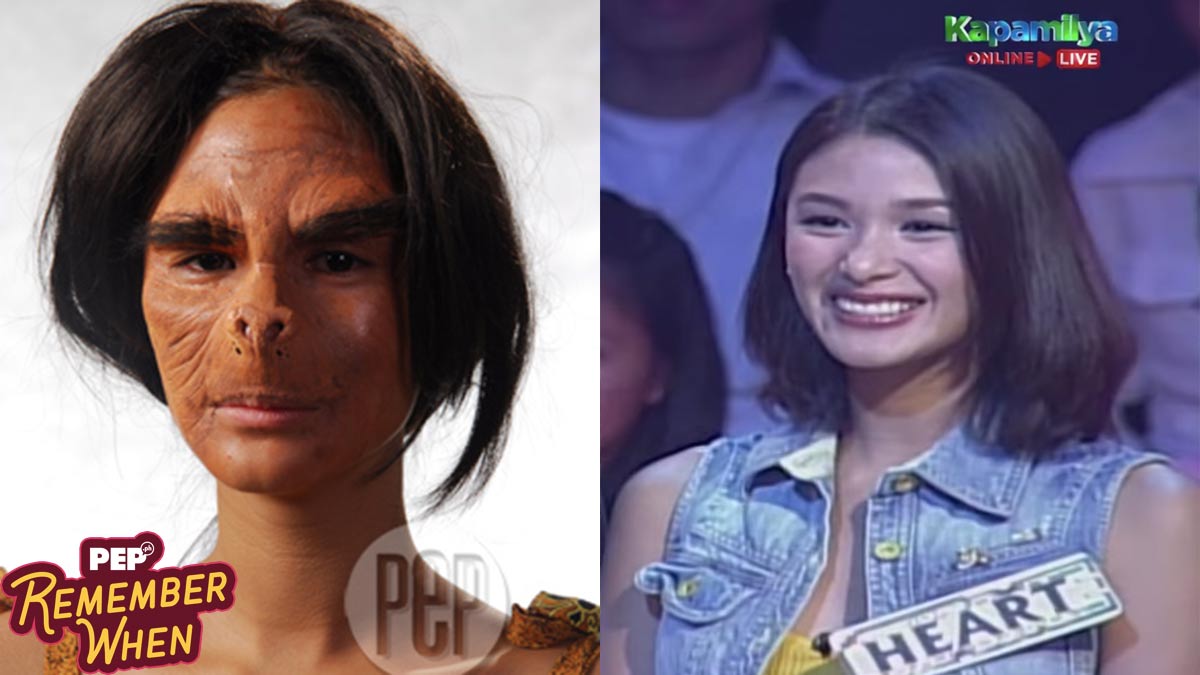 Today, June 8, 2021, Pilipinas, Game KNB? airs a replay of Heart Evangelista promoting Hiram na Mukha, which she would later call one of her "worst telenovelas" because of what she had to endure with her prosthetics.
PHOTO/S: ABS-CBN

Kapamilya Online Live aired a 2007 episode of the defunct game show Pilipinas, Game KNB? with Heart as one of its guest players.

Reruns of Pilipinas, Game KNB? are part of the web-based channel's programming. 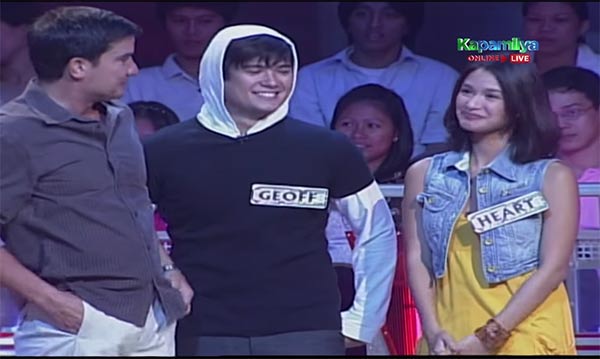 Heart was there to promote her series Hiram na Mukha, which was about to air at the time.

Hiram na Mukha was originally serialized in Komiks. In 1992, it had its film version starring Nanette Medved. In 2007, it became a TV series under ABS-CBN's SineSerye umbrella series.

Heart was chosen to take on the role of Carissa, a woman with a deformed face, similar to that of a monkey. 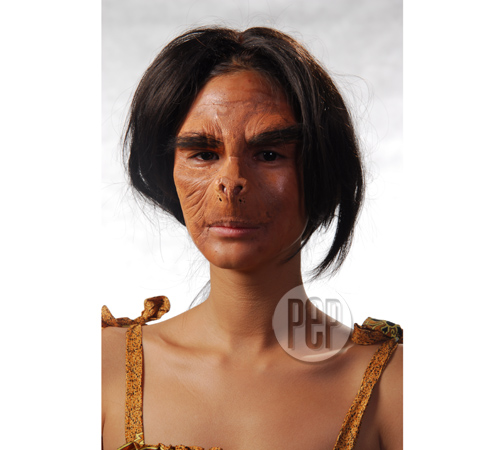 Some of Heart’s co-players in the Pilipinas, Game KNB? episode were also her co-stars in Hiram na Mukha. They were Geoff Eigenmann, Cherry Pie Picache, Anna Leah Javier, and Justin Gonzales.

Unfortunately, Heart did not make it to the next round and got booted out during the elimination, as her hand was not being picked up by the sensor.

Usually, Edu would immediately move forward to the next round. But to give Heart an opportunity to promote her show, Edu stepped down from his place and went to the players’ area to interview Heart and her partner, Geoff Eigenmann.

Edu asked Heart, “Have you been losing too much weight, subsob ka ba sa trabaho?”

Edu then asked about the prosthetics of her deformed face in the series.

According to Heart, preparation would take three hours.

Heart just smiled and thanked Edu for wishing them luck on the show.

HEART CALLS HIRAM NA MUKHA “ONE OF HER WORST TELENOVELAS”

In 2020, Heart’s role in Hiram na Mukha became a trending topic on social media after Heart revealed her true feelings about doing the role.

In her YouTube vlog, she called the show one of her “worst telenovelas,” not because of the story or the project itself, but because of what she had to endure with the prosthetics.

Heart narrated, “I couldn’t breathe under that mask. The hole was on top here [pointing to her nose bridge] and these [her nostrils] were covered so I had to breathe through my mouth.

“The mask was up to here [pointing to her scalp] so there was no way to breathe.

“Puro iyak pa iyong scenes, so iyong sipon would be here [inside the mask] and I have to squeeze it up like that [to the mask’s nostrils], so I’d take it out from the top part, it was so bad."

Despite the hardships, however, Heart had to go through the process because she “needed to earn money.”

At the time, she was living independently from her parents. “So wala akong choice kung hindi gawin siya,” Heart said in jest.

It would be Heart’s last full-length teleserye in ABS-CBN before doing a guest role in the prime-time series Pangarap na Bituin and, later, transferring to GMA-7.

She remains a Kapuso up to this day.