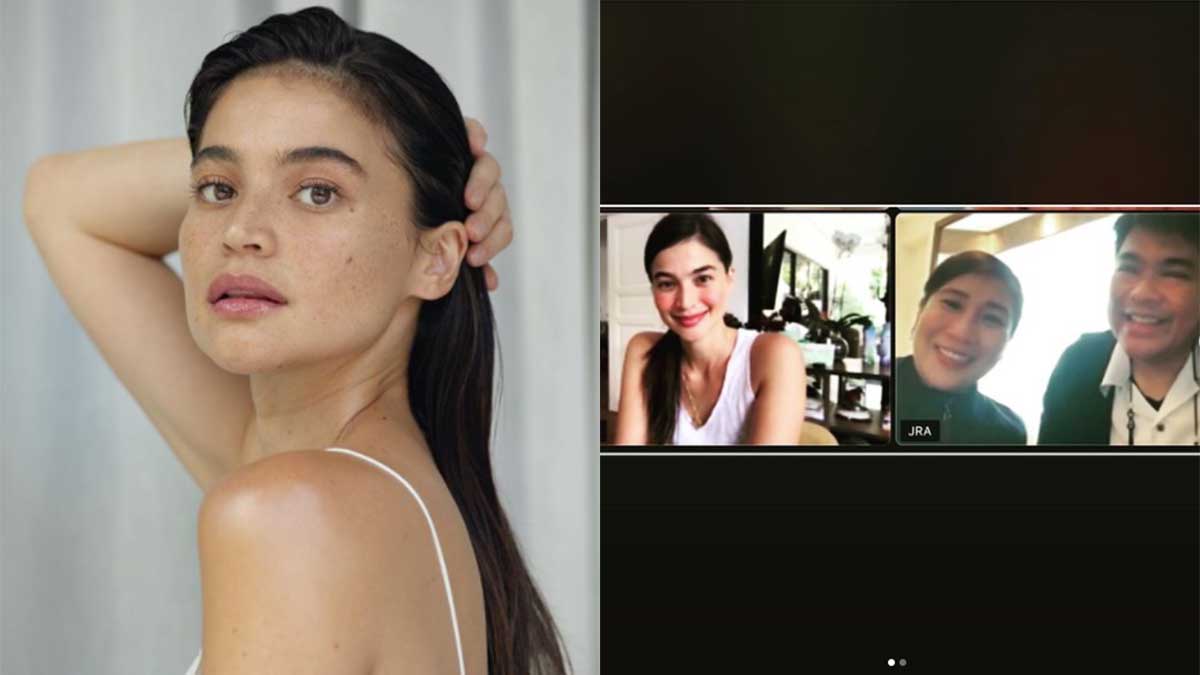 Anne Curtis on meeting with GMA Films executives: "They pitched a film for next year na hindi pa naman sure yet."
PHOTO/S: @annecurtissmith / @joeyabacan on Instagram

This is despite her meeting with GMA executives for a possible project soon.

On July 1, 2021, right after the contract signing of Bea Alonzo with the Kapuso network, GMA executives Jose Mari "Joey" Abacan and Annette Gozon-Valdes met with Anne through a Zoom meeting.

Both executives are part of GMA Network's film arm, GMA Films, with Annette as its president.

GMA Films is the mother company of GMA Pictures, a film outfit with the involvement of the network's entertainment group, and Backyard Productions.

Also present in the meeting are executives of VIVA Films and VIVA Artists Agency, the management of Anne.

The photo was quickly picked up by netizens on Twitter.

With most Kapamilyas heartbroken by Bea's transfer with GMA-7, most of them were surprised to see Anne with the executives of the rival network.

Anne's reply assured all her fans that she won't be making a move soon with regards to her TV career.

After all, this won't be the first time that she will do a movie with GMA Films while still a Kapamilya talent.

She answered, "Hahaha Yes. Kalma. They pitched a film for next year na hindi pa naman sure yet. As always, I need to read the script first before making a decision. The last viva x gma film I did was IN YOUR EYES with Ate Claudine & Richard. I was already a Kapamilya then. So Kalma Lang!"

She also assured the madlang people that she will return to It's Showtime, Kapamilya Channel's noontime show.

Anne was already a VIVA Artist since she started her career in 1998. But her first six years on television was with GMA-7 due to VIVA's partnership with the network.

In 2004, VIVA transferred Anne to ABS-CBN. She remains a Kapamilya up to this day.