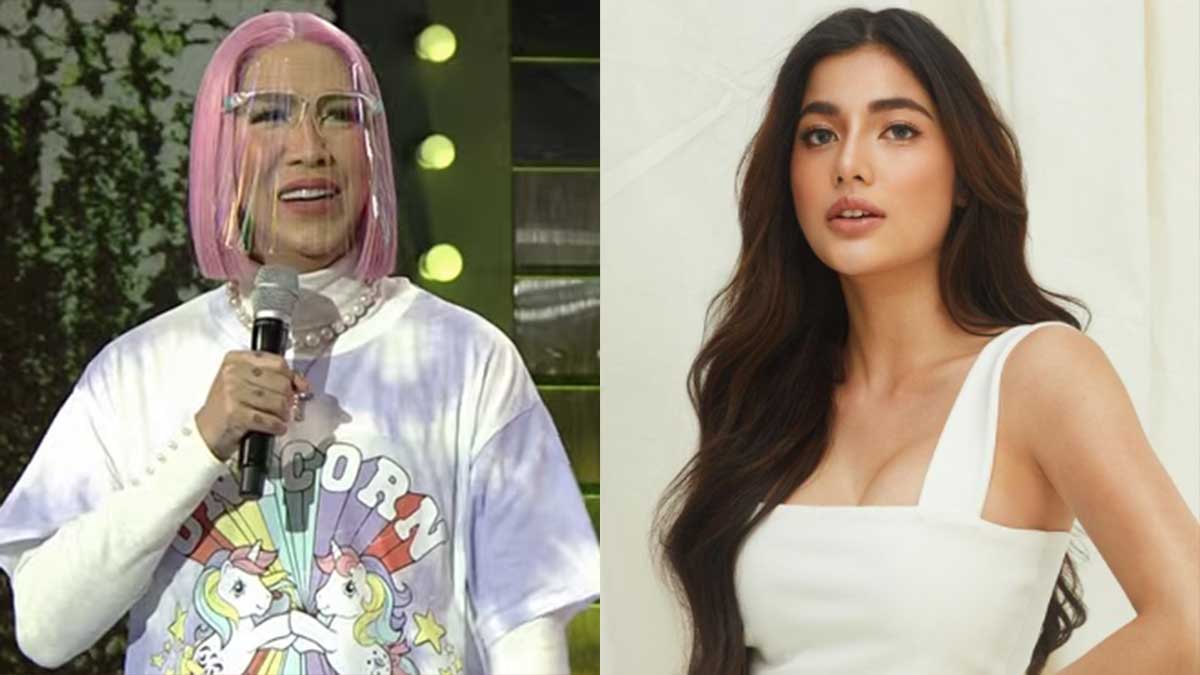 Vice Ganda jokes about the many times Darna of ABS-CBN has been pushed back since 2013. This 2021, Darna is pushing through as a TV series with Jane de Leon in the lead.
PHOTO/S: It's Showtime / @imjanedeleon on Instagram

ABS-CBN’s version of Darna became a source of Vice Ganda’s punchline in the episode of It’s Showtime today, July 31, 2021.

This happened during the “Reina ng Tahanan” segment where the TV host-comedian was interviewing contestant Claris Valladores.

Vice, co-host Kim Chiu, and Claris were talking about Claris’s upcoming wedding, where they were thinking about its theme.

Kim then suggested a Darna-themed wedding for Claris.

After seconding Kim’s punchline, Vice then added his own.

Kim burst into laughter and called out her co-host.

Vice was talking about ABS-CBN’s film version of Darna which has been postponed since it was announced in 2013.

It will now be turned into a TV series in 2021 with Jane de Leon in the lead.

Angel Locsin, who played Darna in GMA-7’s TV version in 2005, was the first choice in ABS-CBN’s movie version.

However, she had to be pulled out of the project due to her slipped disc injury.

THE EIGHT-YEAR JOURNEY OF DARNA

It was in 2013 when Star Cinema, a film outfit under ABS-CBN Film Productions, announced that it will do a film adaptation of the iconic comic series Darna. Angel Locsin was chosen as the lead.

However, Angel had to drop out of the project in 2015 and later, in 2017 because of her slipped disc injury. Liza Soberano was chosen as her replacement.

Developments continued for the project with Erik Matti as a director. Later, Erik also dropped out of the project in 2018. Jerrold Tarrog was chosen to replace him in the project.

In 2019, Liza decided not to push through with the project after she suffered a finger injury on the set of her prime-time series Bagani.

Auditions were then held for the new Darna. It was later revealed that Jane de Leon, a Star Magic talent, was chosen to play the lead role.

Shootings have already commenced in early 2020 but production was halted because of the COVID-19 pandemic.

Jane, who currently appears in FPJ’s Ang Probinsyano, is bound to make her exit from the show.

It is because, in September 2021, Jane is set to start her taping for the Darna series.

According to PEP Troika, ABS-CBN has yet to announce who will direct the TV series.