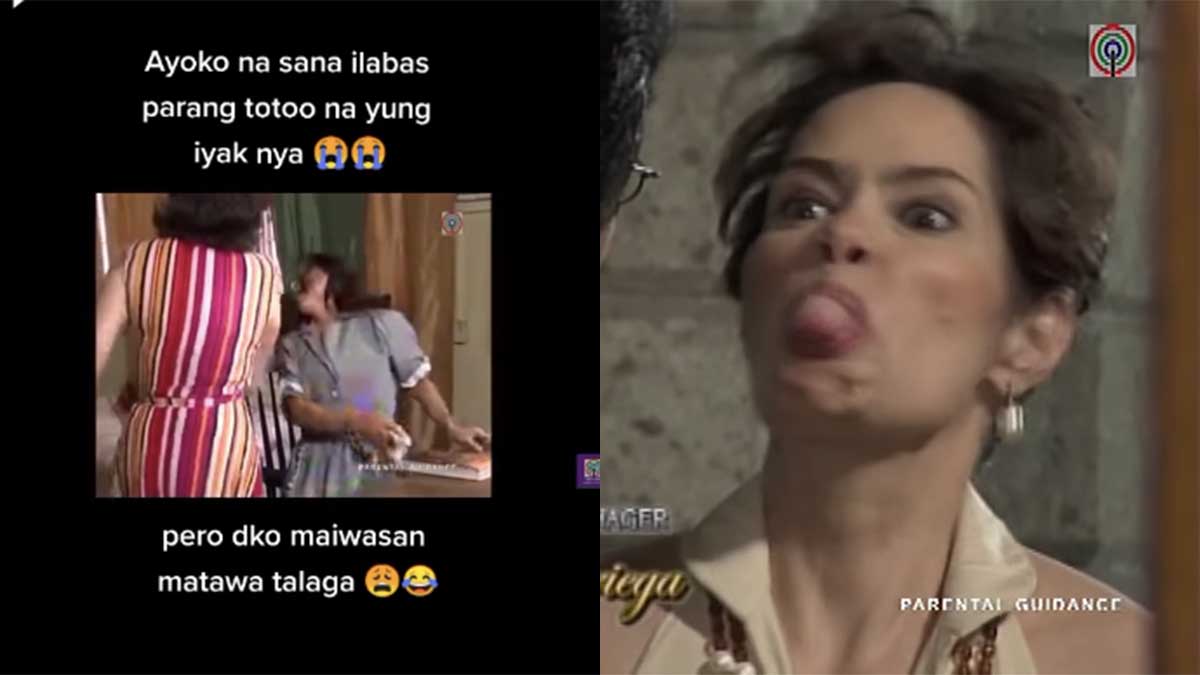 The scenes involve kontrabida characters played by actresses Lyka Ugarte and Lollie Mara as well as the bit players who played their housemaids in the teleserye.

Lyka and Lollie's respective characters, Eleanor and Doña Consuelo, are in-laws who do not like each other.

Doña Consuelo want to save her grandchildren, sisters Maningning (Kristine Hermosa) and Daphne/Mayumi (Angelika dela Cruz), from the schemes of Eleanor.

The housemaids—portrayed as eavesdroppers—always get in trouble for knowing too much for their own good.

In one sampalan scene uploaded by TikTok user Bret Lhey Lopez, the housemaid is merely asking Doña Consuelo if its time for her to lock the mansion's main door.

Instead of an answer, to the surprise of the maid, she got a slap from Doña Consuelo!

The video, as of press time, has 1.4 million views!

In the scene, Eleanor is telling her husband Sigmund (Allan Paule) that her mother, Doña Consuelo, must be delusional.

As a rebuttal, Eleanor gives them a "bleh!"

In another video clip, Eleanor catches a housemaid she addressed as "Manang" fussing around her bedroom. The maid says she's just cleaning the room.

Eleanor gives her a crisp slap; Manang lets out a painful "ugh!"

The video got a whopping 4.M views on TikTok and was reposted several times on other social media platforms.

In the last video involving Manang, she is being grilled by Eleanor about a woman she saw outside their house.

But Manang cannot not remember the woman's face.

It turns out that Manang is an ally of Maniningning, who is wrongly blamed and imprisoned for the death of her own sister, Daphne, through the machinations of Eleanor.

Of course, the netizens who have been following the story through the uploads eagerly awaited the scenes with Eleanor at the receiving end of resounding, avenging slaps!

Prinsesa ng Banyera is ABS-CBN's first afternoon teleserye after many years of airing Mexican dramas and old movies in that timeslot.

It is touted as the first afternoon series of ABS-CBN that has a prime-time drama treatment. It garnered high ratings in its original 13-week run and, thus, was extended for seven months.