WHERE IS SHE NOW: Briefcase girl Charmel of Deal or No Deal 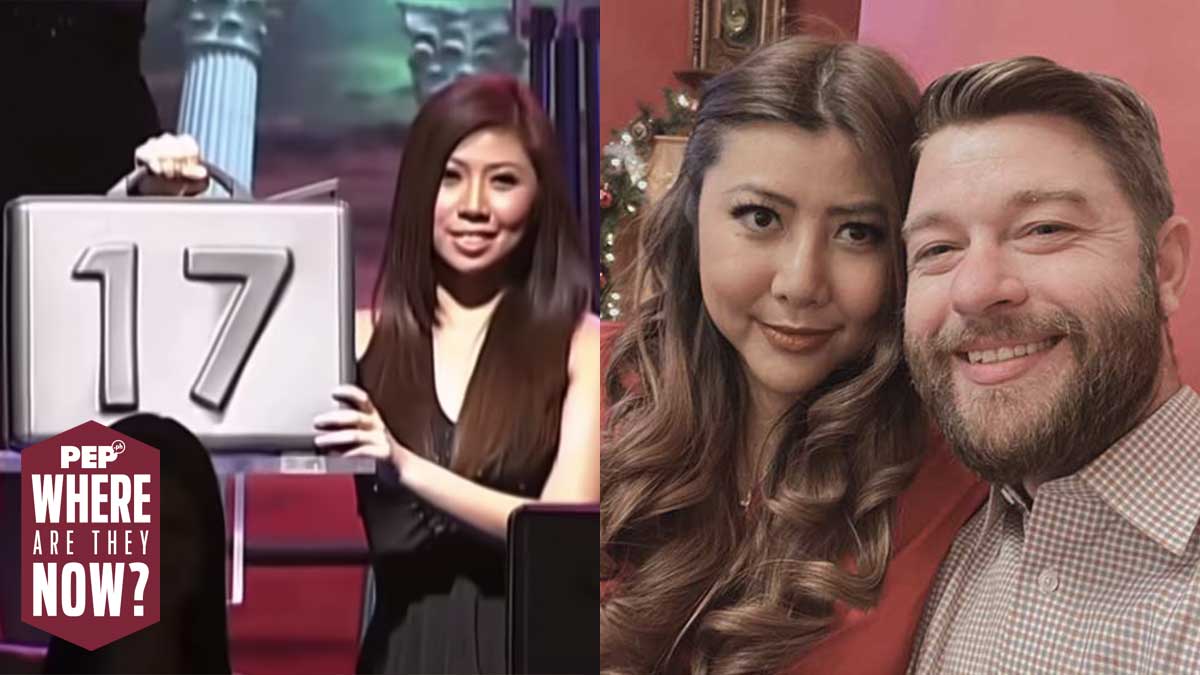 On April 2021, a Twitter post made netizens look back at ABS-CBN's popular game show, Kapamilya, Deal Or No Deal.

At the time, Twitter user @AltA2ZChannel11 reminisced about the popularity of 26k member Charmel, who became a household name because she always held the million-peso briefcase that spelled the fate of the show's contestants.

Many netizens became curious about how Charmel is doing now, years after her eventful stint in the hit Kapamilya game show.

Charmel talks about her present life, as well as her journey to becoming one of the popular 26K girls of Kapamilya, Deal Or No Deal.

This interview is part of PEP.ph's WHERE ARE THEY NOW series, where celebrities who have decided to leave showbiz take the spotlight and relive their glory days. 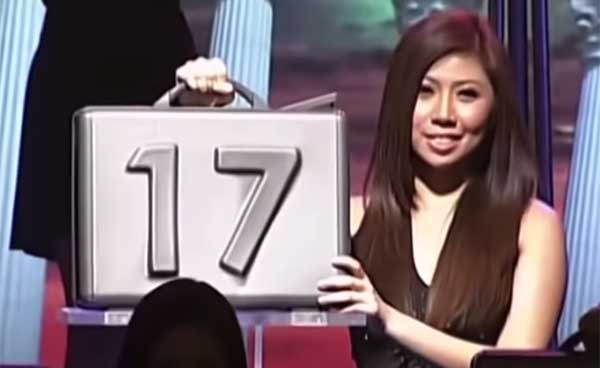 Charmel describes her 26k journey as a “very long story.”

She actually started as a bit player for ABS-CBN and other networks. This gave her the inside scoop to when TV networks hold auditions for their upcoming shows.

When Deal Or No Deal’s was just starting, Charmel was auditioning for a different TV show: Wowowee.

Charmel recalls, “I have been working as an extra or talent sa ABS-CBN and other networks prior to Deal or No Deal, so I am well aware whenever may audition sa ABS-CBN, either advertised siya or internal lang nakakaalam.

“During that time, nag-audition ako sa Wowowee as ASF dancer actually, with a friend.

ASF Dancers is the official dance-girl group of Wowowee, with Anna S. Feliciano as head choreographer.

After failing to make it as an ASF dancer, Charmel learned about another audition.

She continues, “Then, from Wowowee crew, nalaman kong may audition for a new show so I gathered the details.

“During season one, kauna-unahang tao sa studio, 4:OO p.m., was me. Hahaha!

“Excited lang kasi 5 p.m. iyong start ng go-see, then from that first and second screening, may final audition pa, that was May. Two months after, I heard libo ang nag-o-audition everytime.”

She then got the stint as one of the holders of the 26 briefcases, the sexy ladies who would later be collectively known as the 26K girls.

Kapamilya, Deal Or No Deal, an original format by Dutch producer Banijay (formerly Endemol), aired its very first episode on June 5, 2006, with Charmel as one of its original dancers.

It was hosted by Kris Aquino, who became a popular game-show host because of Pilipinas, Game KNB’s success. 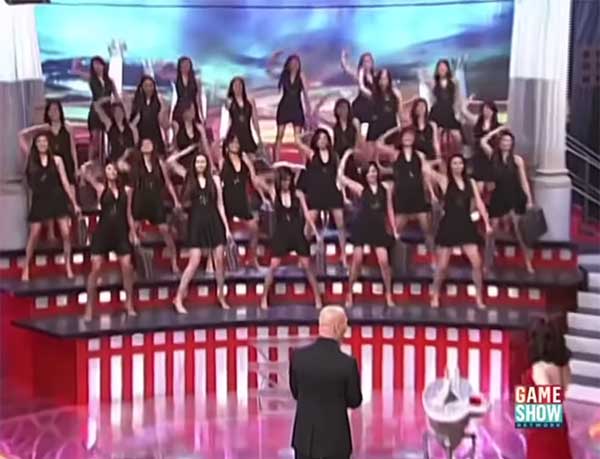 Kapamilya, Deal Or No Deal’s gameplay involves one contestant choosing his lucky briefcase from among the 26 cases held by the 26k girls.

The player chooses briefcases loaded with different amounts ranging from one peso to two million pesos.

Depending on the amount revealed after each round, a banker makes an offer to buy the briefcase for a certain amount.

The player can choose to accept the banker's offer or to open more briefcases for more chances of getting a higher prize. Of course, the player can get a briefcase with a lower prize.

In this interview, Charmel explains how the 26K girls get their briefcase assignments.

She recalls, “There is a small room full of cameras at our backstage, so monitored talaga that room.

“The briefcases are always there, bawal kunin until we have to dance and start the show, and we are not allowed to open the case until sinabi ni Kris na ‘Buksan mo na!’

“All the briefcases have covers, so essentially, whoever puts the amount has no idea kung saan nila nilalagay ang jackpot money. 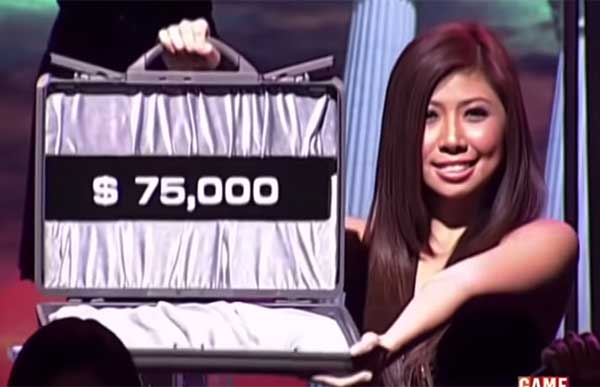 It didn't take long before Charmel became recognizable because, for some unexplained reason, since the show started she would always get the briefcase holding the three biggest amounts, namely: P500,000, P1 million, and P2 million.

For the first time, Charmel shares how she initially felt when she got the big amounts.

The bullying and the pressure of getting the big amounts in the briefcases took a toll on Charmel.

Apparently, some of her fellow 26k dancers were envious of her "lucky streak," and subsequent growing popularity, and some dancers would say to contestants who didn't win that Charmel was "malas."

“Kaya hinayaan nalang and instead of me being sensitive, I did realize that was God’s way for me para tumatak sa publiko.” 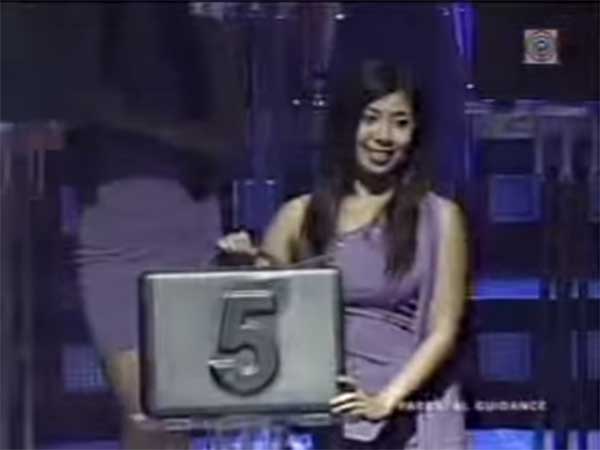 In fact, Charmel even prayed for it. She says she didn't pray to be famous, but she prayed to have an impact on televiewers.

Her main incentive was to make money from what she was doing, and every appearance and every taping day meant income for her.

"I did not pray for fame, but I wanted lang kasama sa guesting para may extra income. Hahaha!

“But prayer is stronger than beauty.”

Charmel also sets the record straight about whether the choice for the million-peso briefcase holder was intentional. She simply says: “Big no.”

Looking back, she admits that she's very happy her presence in the show left its mark on viewers.

She admits, “Of course, very happy but I never think of myself na sumikat talaga. I consider it as an answered prayer coming from a humble city in Butuan in Mindanao.

“That opportunity way back 2006 was God’s grace. He just showed to me and to others na do not limit His power, walang impossible sa kanya.

“Very thankful talaga na once upon a time, naranasan kong makilala or even just to experience the job itself.”

From her tenure in the show, Charmel has two favorite Deal Or No Deal episodes.

The first was when comedian Howie Mandel, the host of Deal Or No Deal in the U.S., visited the show as a guest.

Of course, for Charmel, nothing compared to the thrill of working with the original Deal Or No Deal host, especially when Howie acknowledged her popularity. 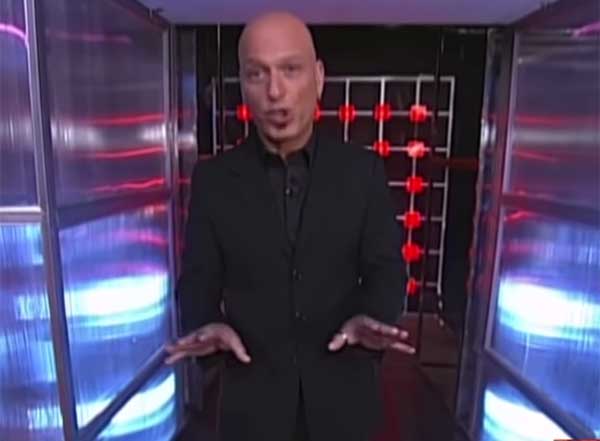 She says this about the Star For All Seasons, “Napaka-humble and ang ganda ni Ate Vi."

Actually, the episode became even more memorable for her because of Ate Vi’s son, Luis Manzano.

But, of course, it was Kris Aquino whom she worked closely with through all of her KDOND stint.

What can Charmel say about the time she was working with Kris?

She reminisces, “Sobrang professional, on-time siya lagi and even she was tired, talagang high energy.” 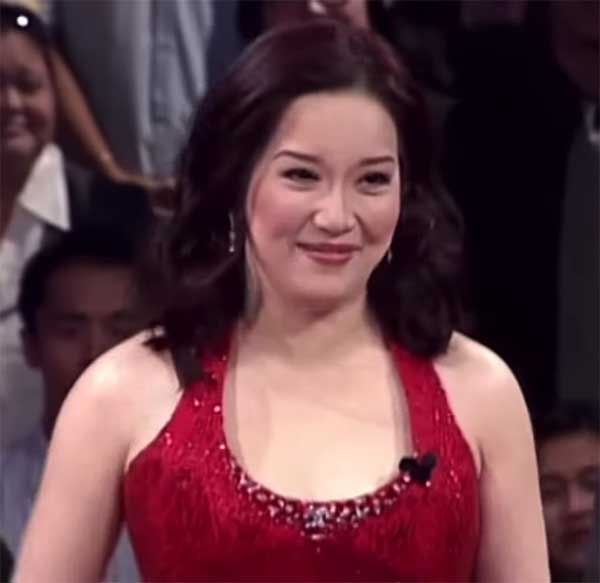 Aside from being professional, Kris was also “generous,” Charmel says, recalling that Kris gave away one of her Louis Vuitton bags as prize for one of their annual Christmas parties.

Charmel will never forget the time Kris gave financial aid to her family when Typhoon Ondoy wrecked havoc to their province in 2009.

LIFE AFTER DEAL OR NO DEAL

When her stint in Deal Or No Deal ended, Charmel held a supervisory post in a local casino for a few years.

At present, Charmel is based in Ohio, USA, where she lives with her husband, Ben Evans, who happens to be the best friend of actor Sam Milby.

Charmel shares this story: “Right after Deal Or No Deal, I worked full-time sa casino for a few years as executive VIP supervisor. Then we permanently moved here in Ohio, sa hometown ng husband ko.

“I shifted my career to finance, specifically banking and lending. My first job here was a retail banker. Thereafter, I transferred to a different financial company where I'm currently a branch manager.” 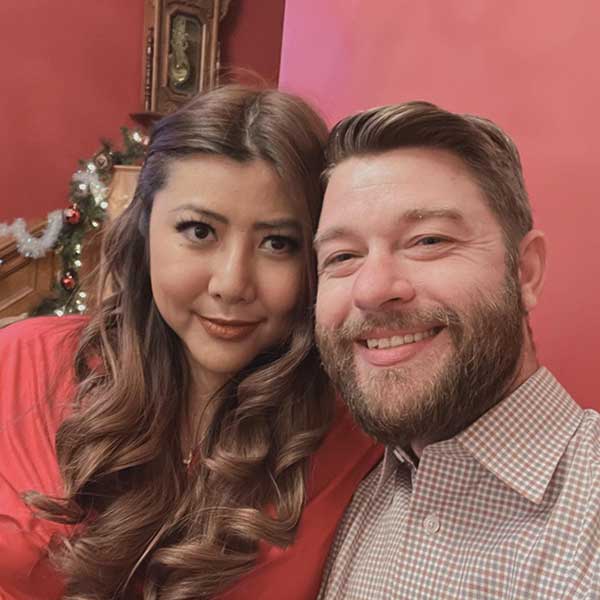 Charmel has also secured licenses as insurance producer and, much later, as notary public commissioner.

Charmel adds, “Career-wise, I still have a few licensing stuff that I want to accomplish, so reviewing is part of my routine and at the same time, full-time work.”

Right now, Charmel can say she is “very contented” and “happily blessed” with her “simple life” in Ohio.

She remarks, “Everything is fast-paced here since walang helper, so you have to do everything.

“We bought our house last 2020 with a decent size of 1,200sqm lot size, so pretty much we have several projects we wanted to do.

“Our goal is to redesign some areas of our house slowly. Gusto naming palitan the roof style, typically minor renovation.”

Although Charmel and her husband don't have kids, they are happy being “furrents” —fur parents—to their two dogs.

She continues, “With family, we do not have kids yet. We are both happy with or without blessing na magkaanak if that is our kapalaran.

“Since our location is very relaxed, more of nature trips like dog park, biking, canoeing, trailing, camping, or lake house ng family ng husband ko when it is spring or summer.” 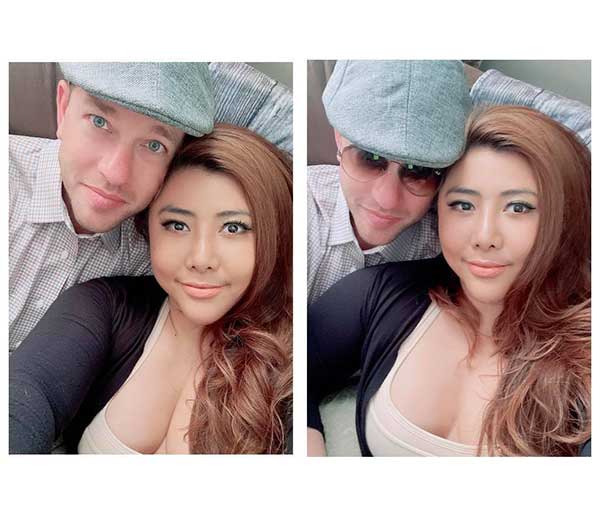 But despite her life away from showbiz, Charmel is thankful to all the fans of the show who still remember her.

She tells PEP.ph, “I would like to say thank you because they made me feel special.

“Without their support, the show would not have lasted long, but because of them talagang one of longest-running franchise shows ang Kapamilya Deal Or No Deal. The fun show will always be missed.”