Remember these child stars from 10 years ago? Here’s where they are now 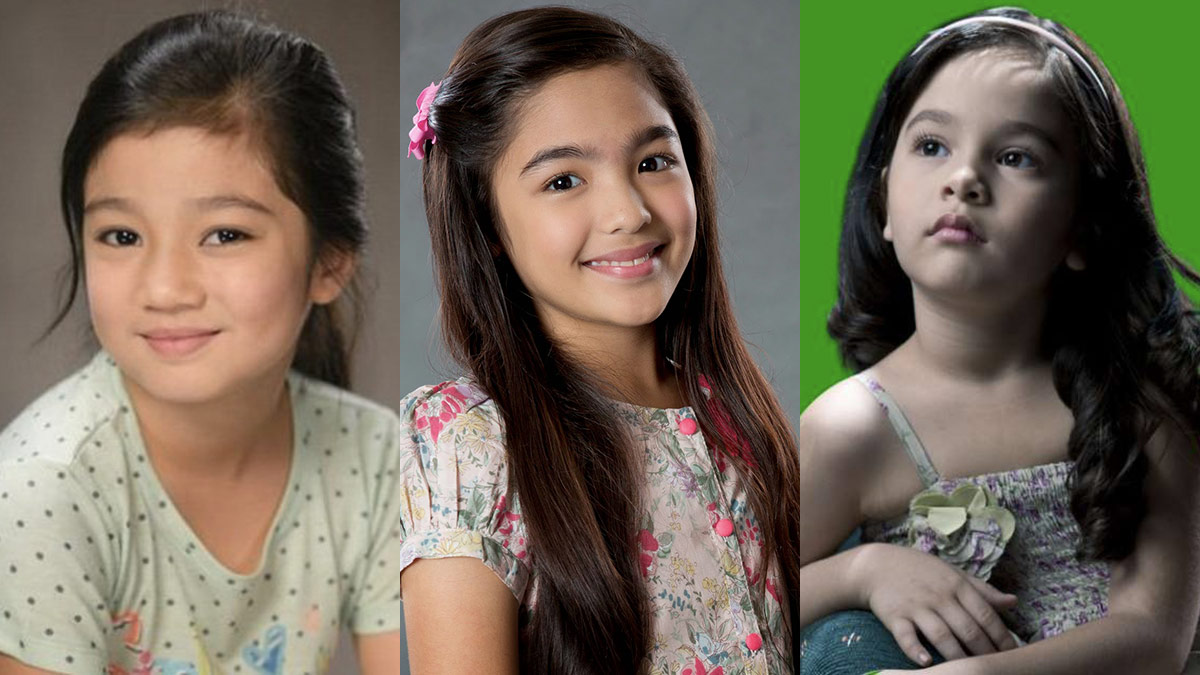 It's been ten years since Andrea Brillantes and Mona Alawi started their showbiz careers.

Both were launched as child stars in the Kapamilya and Kapuso networks, respectively. Andrea was part of ABS-CBN's Goin' Bulilit, while Mona (formerly known as Mona Louise Rey) starred in GMA-7's Munting Heredera.

Today, Andrea and Mona are two of the biggest teen celebrities in the country.

Meanwhile, Mona is making waves as one of the most successful teen vloggers in the country, with 1.84 million subscribers on YouTube as of this writing.

Other child stars were also launched alongside Andrea and Mona, and can be considered their "batchmates."

PEP.ph (Philippine Entertainment Portal) looks back at the careers of Andrea, Mona, and the other kiddie stars who stole our hearts ten years ago.

Andrea (or Blythe, as fondly called by her fans) is currently one of the most active teen actresses in the country.

She started her career at the age of 7, when she became part of the comedy gag show Goin’ Bulilit in 2010. Afterwards, she got project after project in the Kapamilya network. Some of the most memorable ones include E-Boy (2012), Annaliza (2013), Hawak Kamay (2014), and Kadenang Ginto (2018). She currently stars in the TV drama series Huwag Kang Mangamba as Mira Cruz.

The young actress turned 18 last March and currently enjoys success even outside of showbiz.

She is an entrepreneur with her own make-up line, Blythe Cosmetics, which she co-created with local make-up brand Careline.

Andrea is also one of the most-followed teen celebrities online. She has 13 million TikTok followers, 12.3 million Instagram followers, and 3.39 million YouTube subscribers. 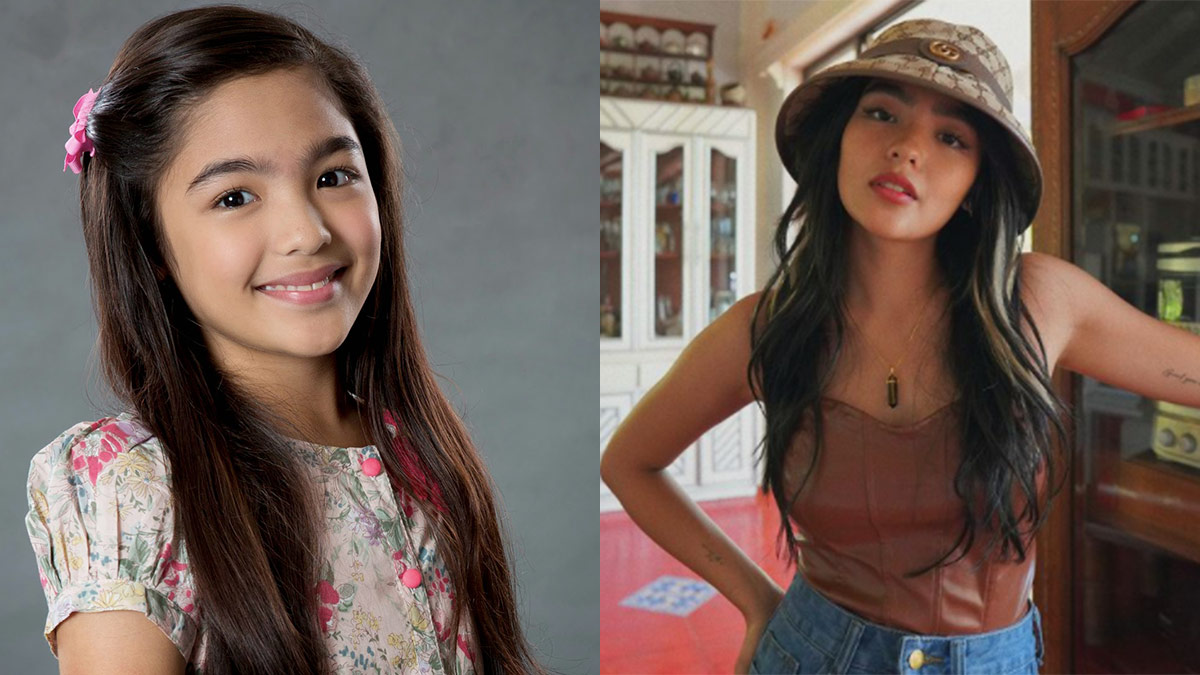 Although many know her as the equally beautiful younger sister of Ivana Alawi, Mona first shot to fame when she was seven years old.

After her first main role, Mona appeared in various GMA shows until 2018. She is lying low in showbiz now but still continues to delight her fans whenever she appears in her and her sister’s vlogs.

Just this June, the 16-year-old star shared that she’s currently suffering from Type 1 diabetes. She was first diagnosed in 2011, and although she still experiences some complications, she asked her fans not to worry as her sugar levels are finally normal. 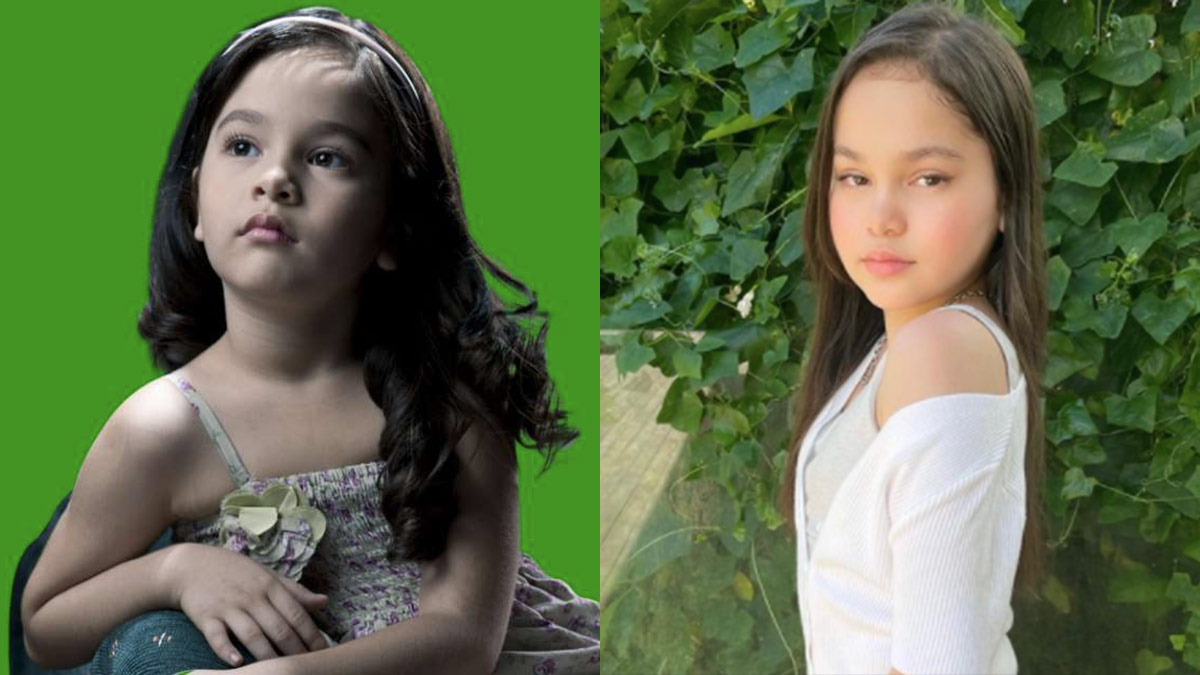 Jillian Ward was 5 years old when she first grabbed our attention as Trudis in GMA’s Sine Novela: Trudis Liit, which aired in 2010. This was her first starring role, and she won her first award as Best New Female TV Personality in the 25th PMPC Star Awards for Television.

She has since remained a Kapuso, bagging role after role in various projects. Some of her memorable roles were a magical doll in Jillian: Namamasko Po, Lolita Matias (Daldalita) in Daldalita, Luna Sandoval in Luna Blanca, and most recently, Donna Marie “Mayi” Salazar-Claveria in the recently-concluded Prima Donnas.

Now on her sweet sixteen, Jillian is set to shoot Book 2 of Prima Donnas, which is slated to return later this year. She’s also busy entertaining her fans through her social media accounts, which include TikTok (with 3.8 million followers) and Instagram (with 3.6 million followers). 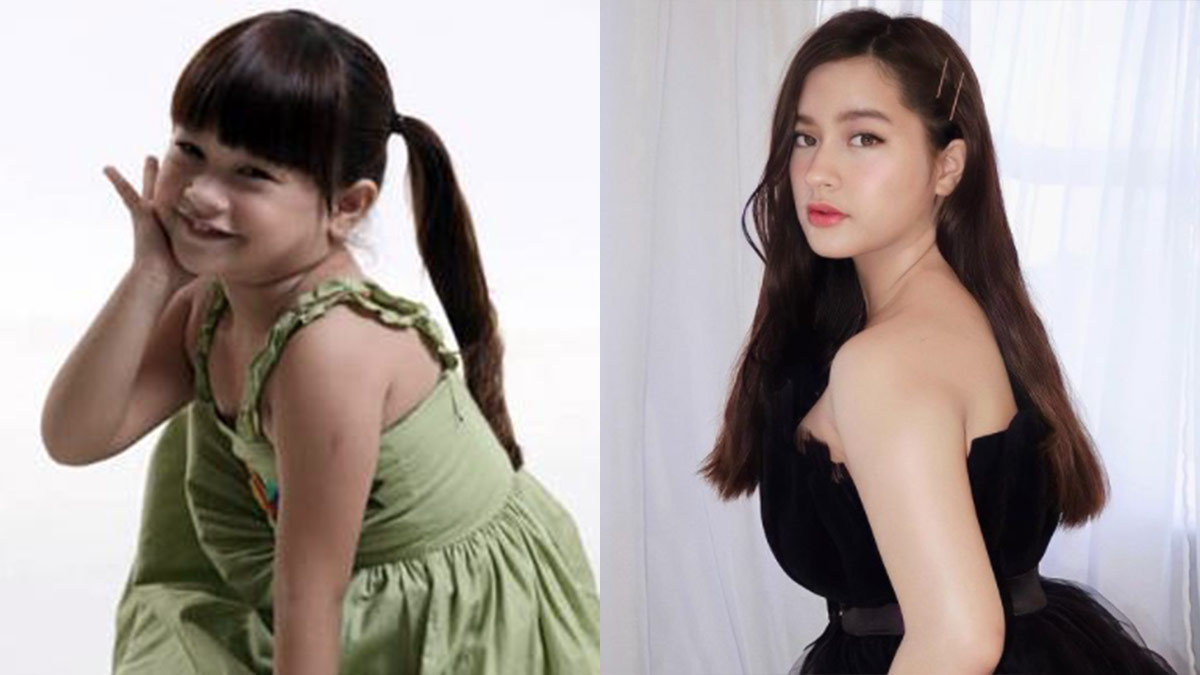 Like her contemporaries in the field, former child star Belle Mariano is slowly becoming a household name as a teen actress.

Belle started her showbiz career in 2012, as part of the Kathryn Bernardo, Enrique Gil, and Daniel Padilla-fronted series, Princess and I. She was 10 years old then.

A certified Kapamilya, the 19-year-old actress recently starred as the young Gabbie Salazar (a role originally played by Shaina Magdayao) in Four Sisters Before the Wedding, the highly-anticipated prequel of Four Sisters and a Wedding.

Now, she has teamed up with fellow ABS-CBN actor Donny Pangilinan in the series He’s Into Her. She plays the role of Maxpein Zin del Valle, the love interest of Deib Lohr Enrile (played by Donny).

She’s also currently a Star Music recording artist. The music video of her debut single “Sigurado” has over 1 million views on YouTube. 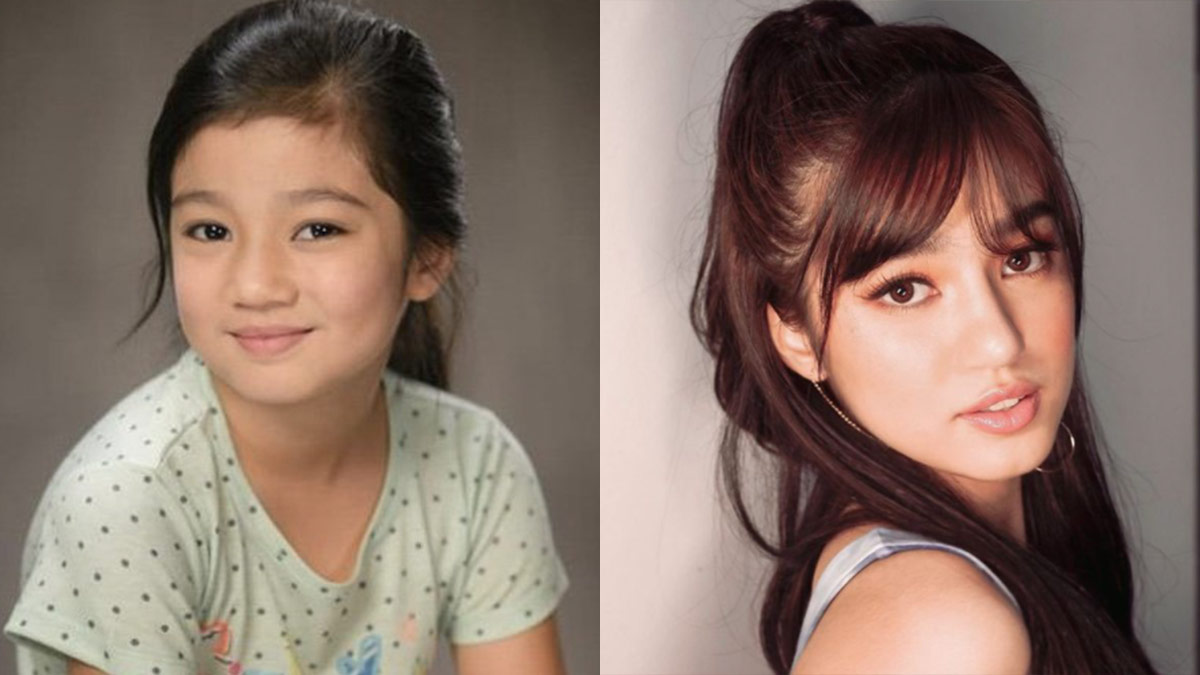 Xyriel Manabat was 6 years old when she bagged the role of Young Agua / Young Bendita in the remake of Rod Santiago's Agua Bendita in 2010.

Because of her impressive acting prowess, Xyriel was given more projects in the Kapamilya network, including the highly-acclaimed series 100 Days To Heaven, where she played the feisty young version of Anna Manalastas (played by Coney Reyes).

Her last project saw her playing young Lily/Ivy Aguas in the 2017 series Wildflower.

Xyriel took a temporary break from showbiz. She made headlines in September 2020 when a video she posted on her Instagram account trended online. 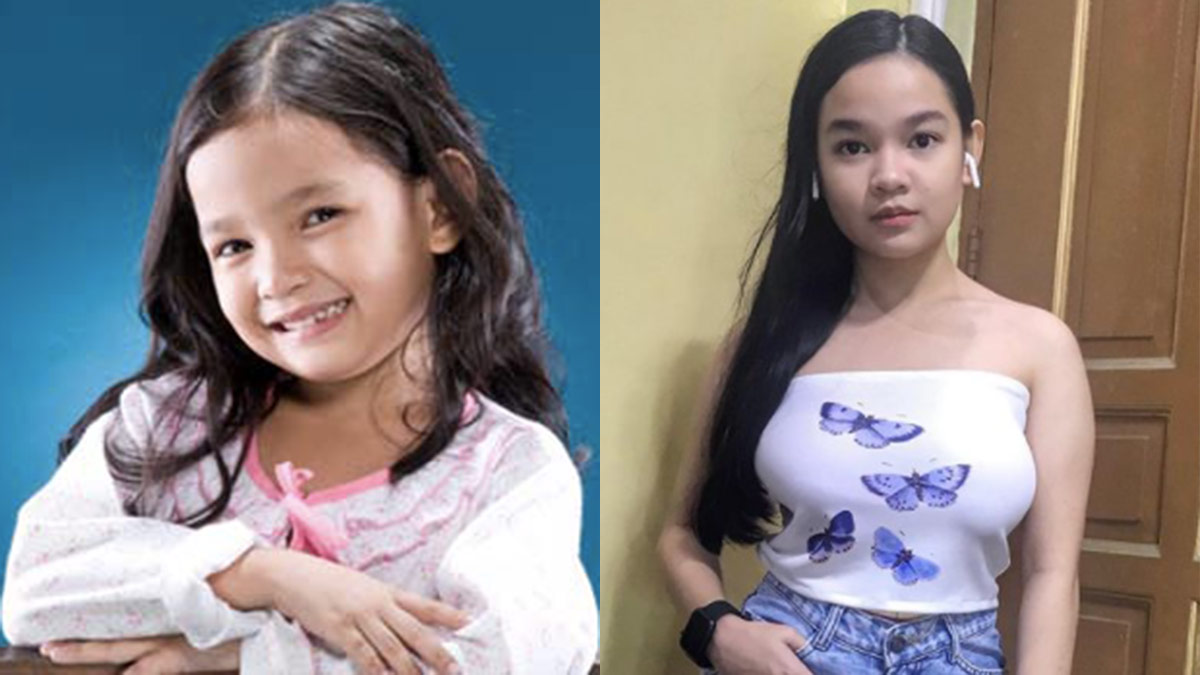 Remember the adorable Abby from the hit series Be Careful With My Heart? That’s 4-year-old Mutya Orquia.

But before that, Mutya was first launched as a child actress in the 2011 TV show Mutya. Based on Pablo S. Gomez's comic series of the same title, the show was a fantasy series about a child mermaid. Mutya was also seen in Goin’ Bulilit from 2012 to 2019.

Mutya appeared in various Kapamilya teleseryes through the years. She has taken a break from acting, but the 15-year-old actress remains active on social media. She has her own YouTube channel and Instagram page, where she shares her aesthetic teenage life with over 300k followers. 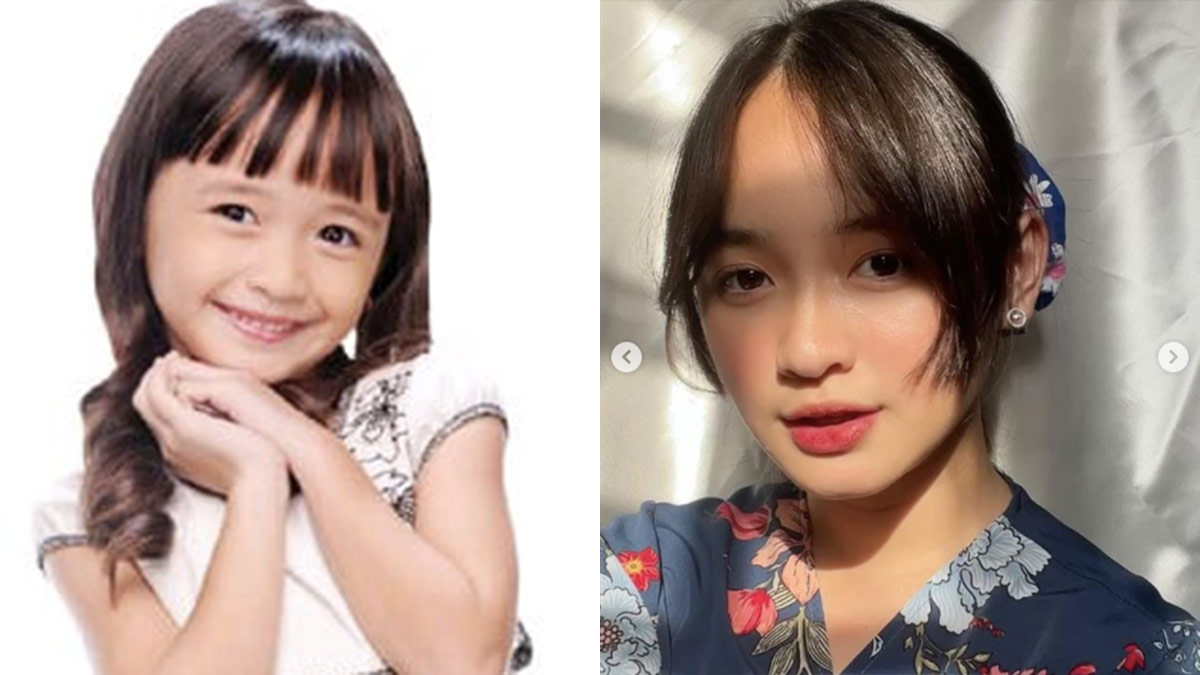 International Best Actress Barbara Miguel was 7 years old when she appeared in the GMA-7 afternoon drama Munting Heredera, alongside Jillian Ward and Kyle Ocampo. She also became popular when she played the role of Young Pirena in the 2016 remake of Encantadia.

But her most notable achievement to date was her Best Actress win in the 2013 Harlem International Film Festival in New York for the film Nuwebe, a story about Krista (played by Barbara) who was only 9 years old when she was impregnated by her father, Moises (played by Jake Cuenca).

Barbara has remained a Kapuso since then and has been known to star in kontrabida roles. When not acting, Barbara focuses on her business, Planttassy MNL, where she sells indoor and outdoor plants. 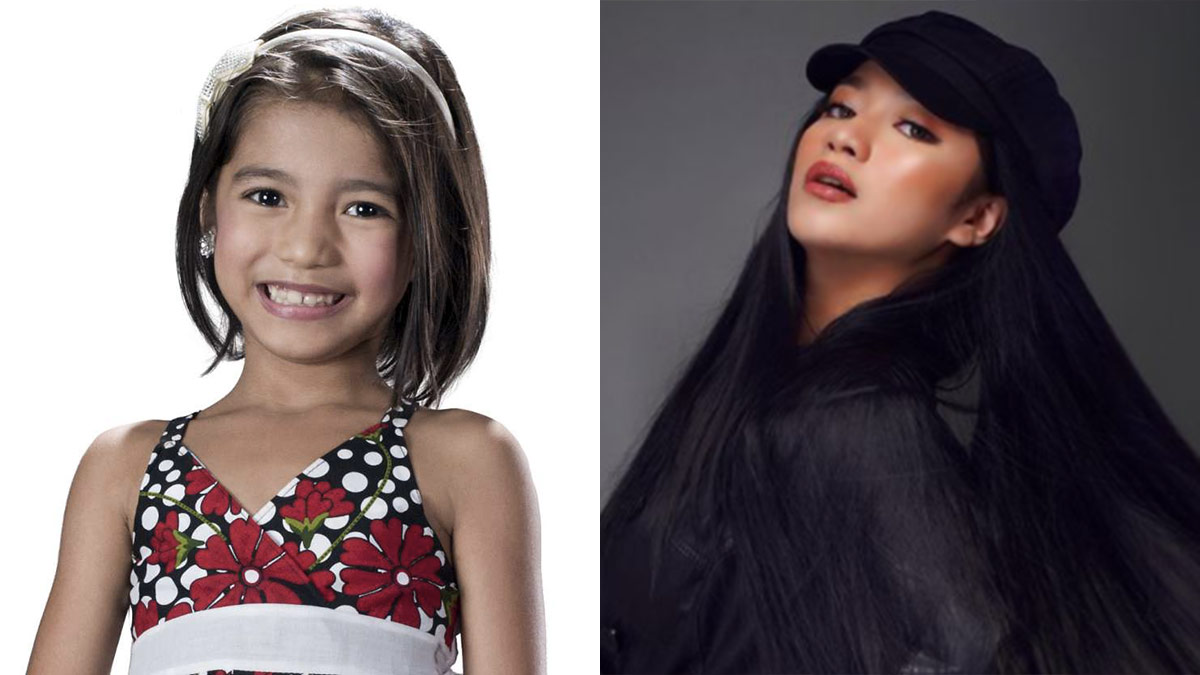 Completing the kiddie cast of Munting Heredera is none other than Kyle Ocampo.

Kyle was 6 years old when she first appeared on TV. After her Munting Heredera stint, Kyle was able to get supporting roles, both in the Kapuso and Kapamilya networks. Some of her projects include Star Cinema’s Way Back Home (2011) as young Jessica Santiago (Julia Montes) and GMA’s Pinulot Ka Lang Sa Lupa (2017) as young Angeli “Geli” Martinez (LJ Reyes).

15-year-old Kyle still remains a Kapuso talent now. Her latest project was with the network’s investigative docudrama show Imbestigador, where she stars with Neil Ryan Sese, who played her father in Munting Heredera 10 years ago! 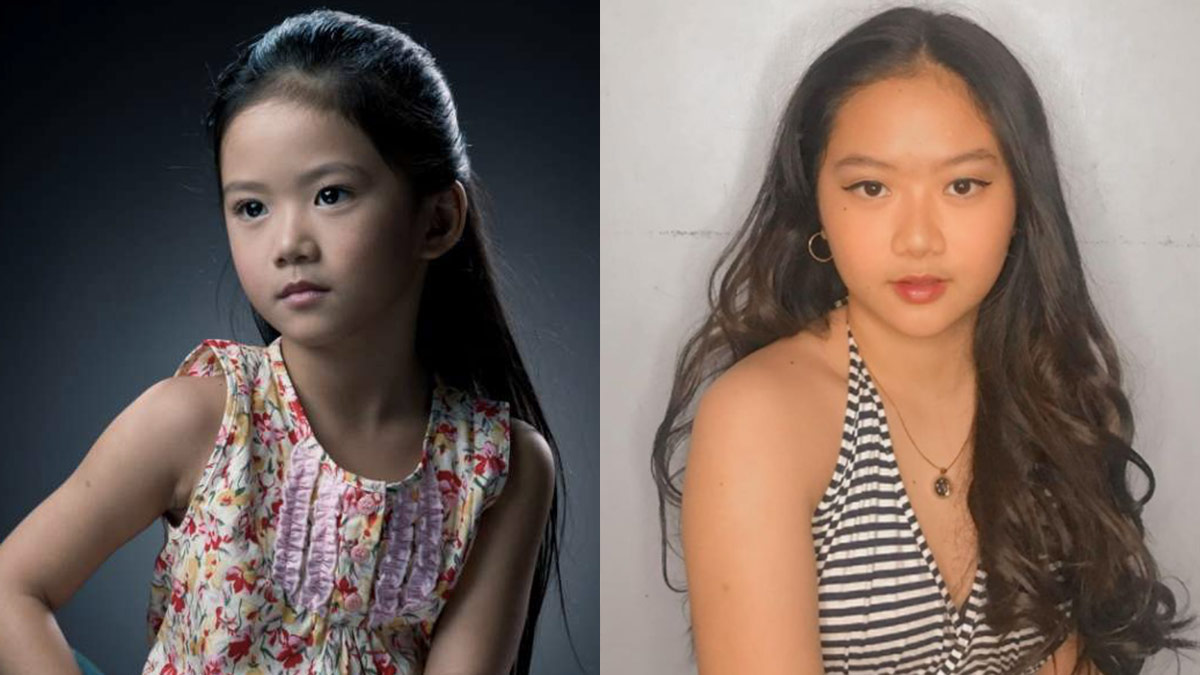