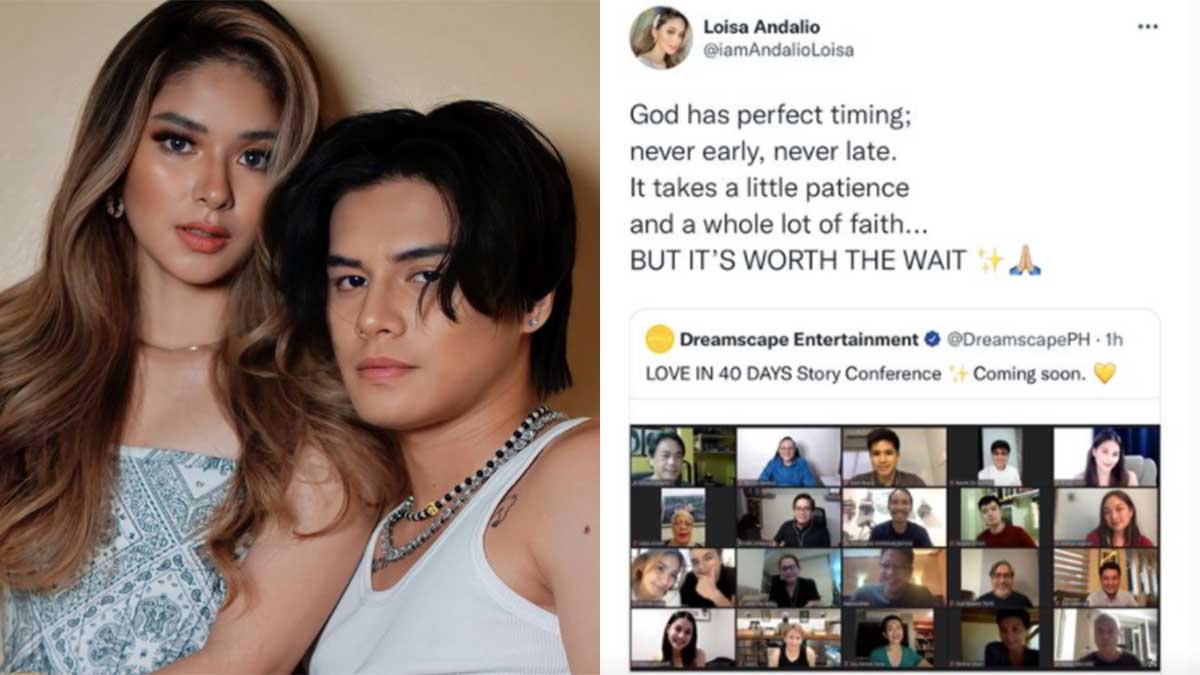 What roles will Loisa Andalio and Ronnie Alonte play in the upcoming series Love In 40 Days?
PHOTO/S: @iamandalioloisa on Instagram

The real-life couple is set to top-bill a new teleserye under Dreamscape Entertainment titled Love in 40 Days.

A story conference was held yesterday, September 9, 2021, via Zoom.

For the past few months., Ronnie and Loisa, also known as the LoiNie love team, had been rumored to be transferring to GMA-7.

Loisa wrote on Twitter after the storycon (published as is), "God has perfect timing; never early, never late. It takes a little patience and a whole lot of faith... BUT IT’S WORTH THE WAIT."

Elisse Joson, who has not been active in doing TV projects over the past year, is also making a comeback in the teleserye.

Pepito Manaloto actor Ronnie Henares, who has been doing shows with GMA-7 for the past ten years, is appearing in a Kapamilya series for the first time in Love in 40 Days.

The series is directed by Manny Palo, whose last project was Walang Hanggang Paalam.

ABS-CBN has yet to announce the airing of the Love In 40 Days.

Prior to this series, Loisa and Ronnie were supposed to be part of a series titled Cara Y Cruz with Julia Barretto, Tony Labrusca, and Barbie Imperial.

Julia was later pulled out of the cast when she transferred to VIVA Artists Agency, while the LoiNie love team was suddenly replaced in the cast. The series was then retitled Bagong Umaga.

In a Magandang Buhay interview, Loisa cried and admitted that she felt down when she lost work in the middle of the pandemic.