Famous child stars of Eat Bulaga!: Where are they now? 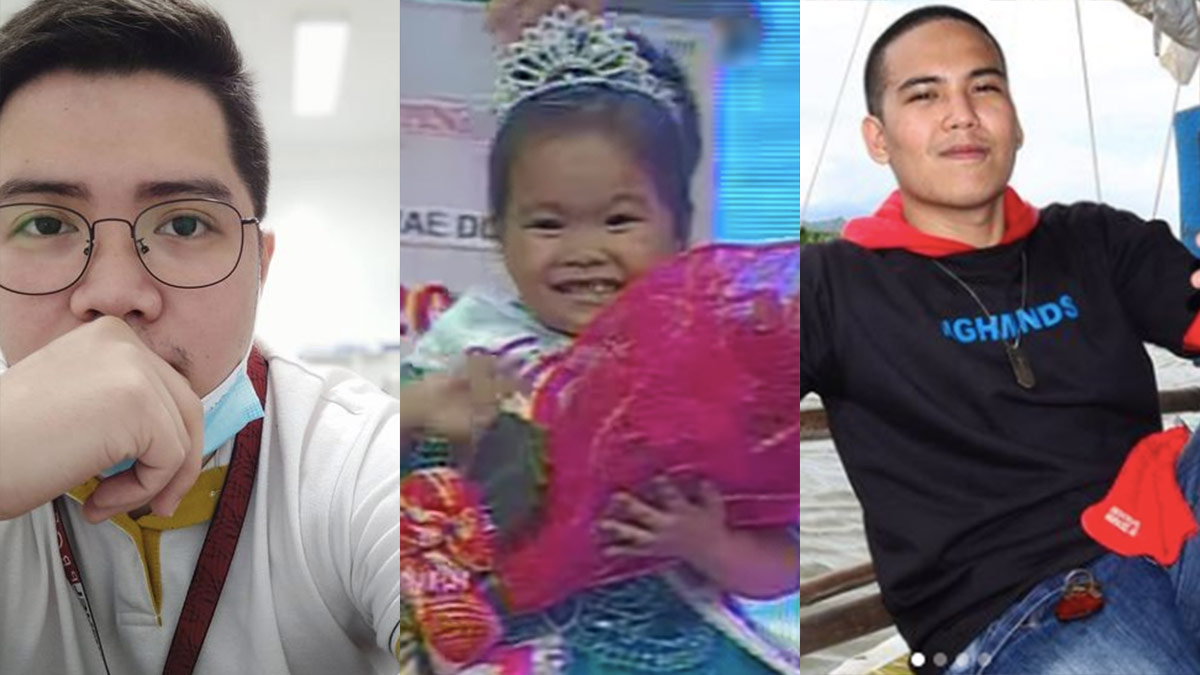 Steven Claude Goyong, BJ "Tolits" Forbes, and tRyzza Mae Dizon (throwback photo) in the center are products of Eat Bulaga!'s kiddie segments, and have found some measure of success in and out of showbiz after their stints in the show.
PHOTO/S: @iamclaudegoyong / Eat Bulaga! / @its.bjforbes on Instagram

Many talents who have become household names through the years started as child stars in Eat Bulaga!

Either they had won or become a part of the popular show's hit segments, such as “Little Miss Philippines” and “That’s My Boy.”

Not all would pursue a career showbiz, but among those who did, some stayed and grew up in Eat Bulaga!, and have become part of the show's Dabarkads. Others found success in other networks.

PEP.ph (Philippine Entertainment Portal) presents a list of seven child stars who started their careers in Eat Bulaga! and how they progressed after their first stint in the show.

Steven Claude Goyong rose to stardom after his runner-up finish in “That’s My Boy” segment of Eat Bulaga!.

Aside from being a regular host of the show, Goyong also starred in the defunct sitcom Beh Bote Nga! (2000), which gave him the opportunity to work with sitcom veterans Anjo Yllana and Janno Gibbs. He played the little genie boy inside a bottle.

Aside from Eat Bulaga!, Goyong did other shows in GMA-7 and in other networks.

In 2007, Goyong decided to focus on his studies. His family also moved to the state of Alabama in the U.S.A., where he studied high school.

Goyong returned to the Philippines for his college education and graduated from University of Sto. Tomas in 2014.

After graduation, Goyong rejoined Eat Bulaga!—not as a host or a TV personality but as part of its crew as a floor director.

It is not clear if Goyong, who now uses his second name Claude, is still part of Eat Bulaga.

If it's any indication, his recent post in his Instagram and TikTok accounts shows him wearing a polo shirt with a logo of a popular corporation.

Based on his posts, Goyong, now 28, is happily in a relationship. 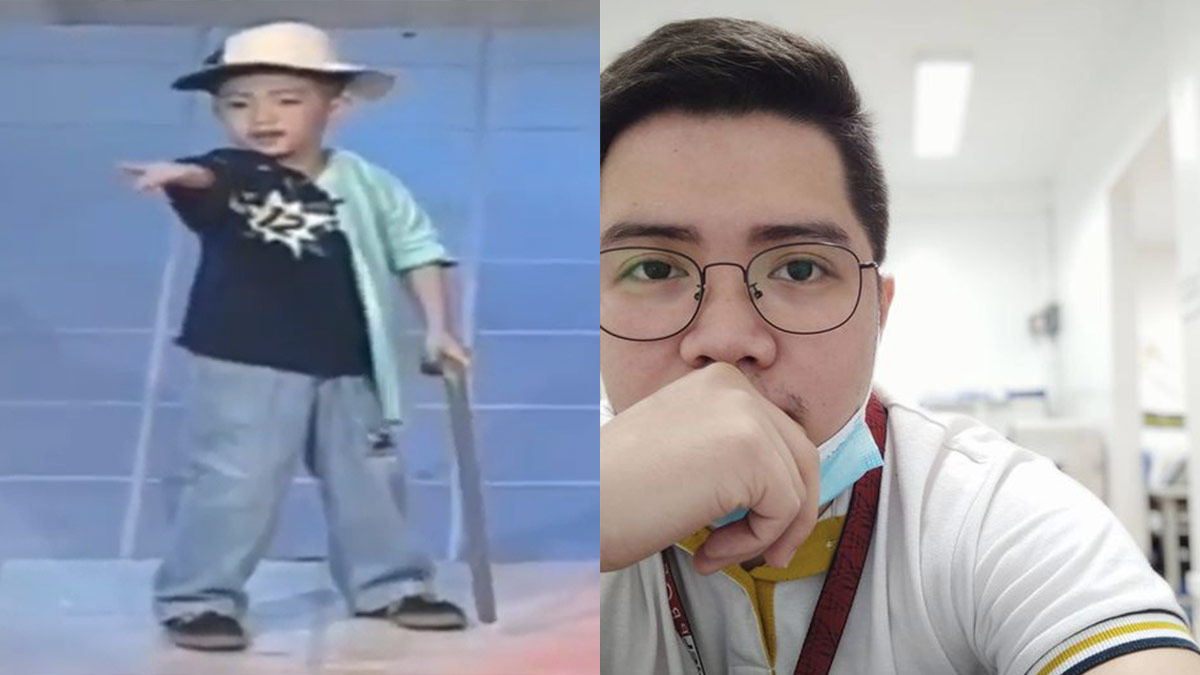 BJ Forbes was a finalist of Eat Bulaga’s “That’s My Boy” in 2005 before he became famous in a commercial of a detergent brand, where he got his popular nickname Tolits.

His fame from the commercial brought him back to Eat Bulaga!, which made him a regular co-host despite not winning the contest.

GMA-7 also included him in the hit shows Etheria and Fantastikids.

Through the years, Tolits have remained active in showbiz, although his acting projects had been few and far between.

Tolits had also done episodes of Maalaala Mo Kaya and appeared in shows of other networks.

His most recent appearances were in the teleseryes Ngayon at Kailanman of ABS-CBN and Sahaya of GMA-7.

BJ is also a Sangguniang Kabataan official in his hometown in the Province of Rizal.

He is happily married and has one daughter, who is his spitting image. 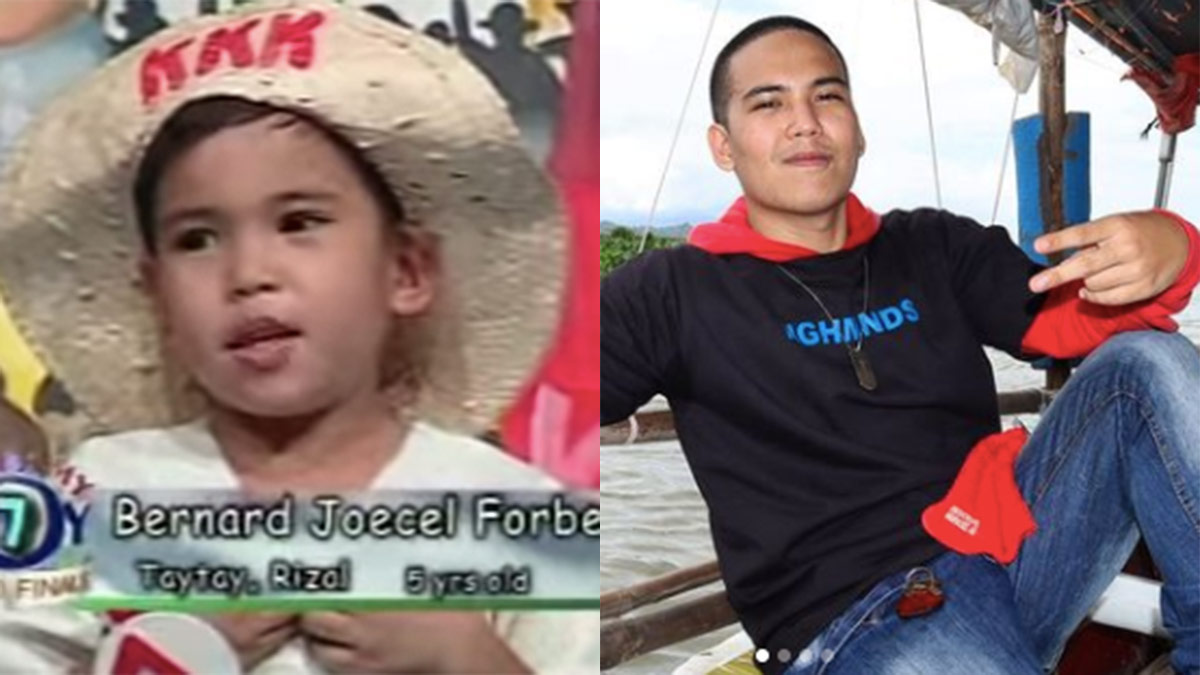 Dindin Llarena won the Little Miss Philippines pageant of Eat Bulaga! in 1999, and went on to become a singer and an actress.

After doing Saang Sulok ng Langit, she decided to leave showbiz and focus on her studies. 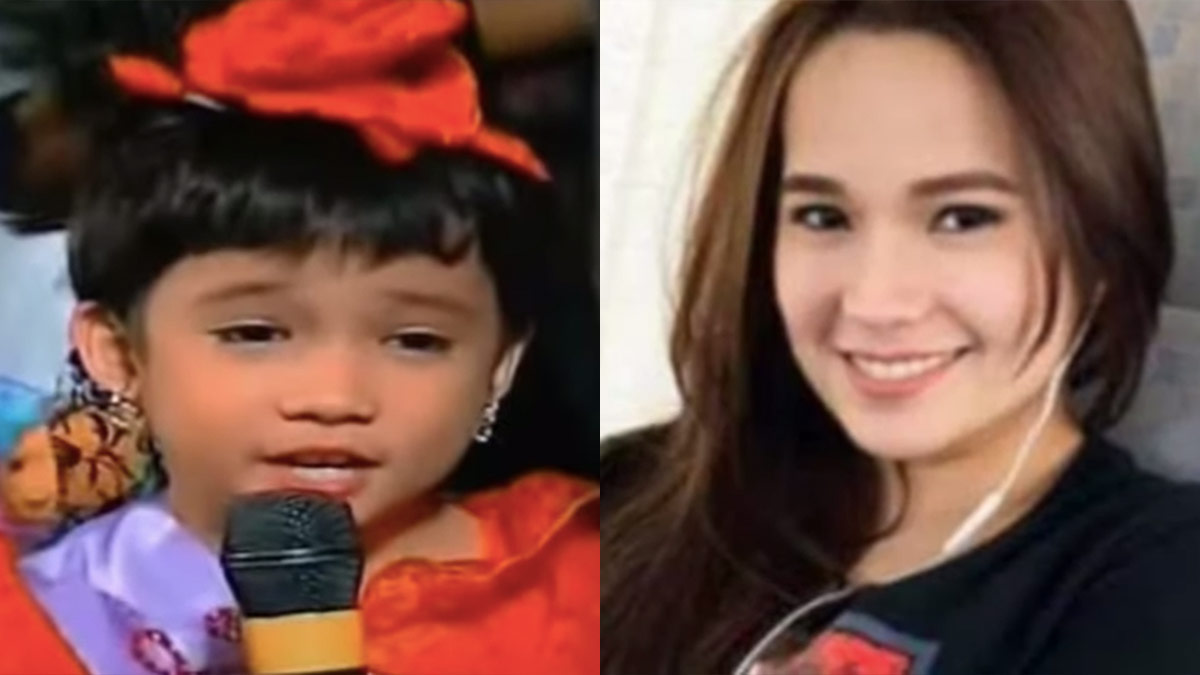 Ryzza Mae Dizon was a product of Little Miss Philippines’ wild card round in 2012, which means she was eliminated in the contest but was given a second chance.

As fate would have it, Ryzza aced the wild card round and won the crown during the show's grand finals!

During her regular hosting stint in Eat Bulaga!, she became a part of movies Si Agimat, si Enteng Kabisote, at si AKO in the same year. She also did the movie My Little Bossings in 2013 and My Big Bossing in 2014.

In April 2013, Ryzza was given by TAPE, Inc. her own TV show, The Ryzza Mae Show where she would interview different guests every day.

In 2015, Ryzza’s talk show was replaced by a drama series titled Princess In The Palace, which she also headlined together with Eula Valdes and another “Little Miss Philippines” winner, Ice Seguerra.

Ryzza, now 16, remains to be a part of Eat Bulaga! although she would only appear in Zoom sessions following the pandemic protocol. 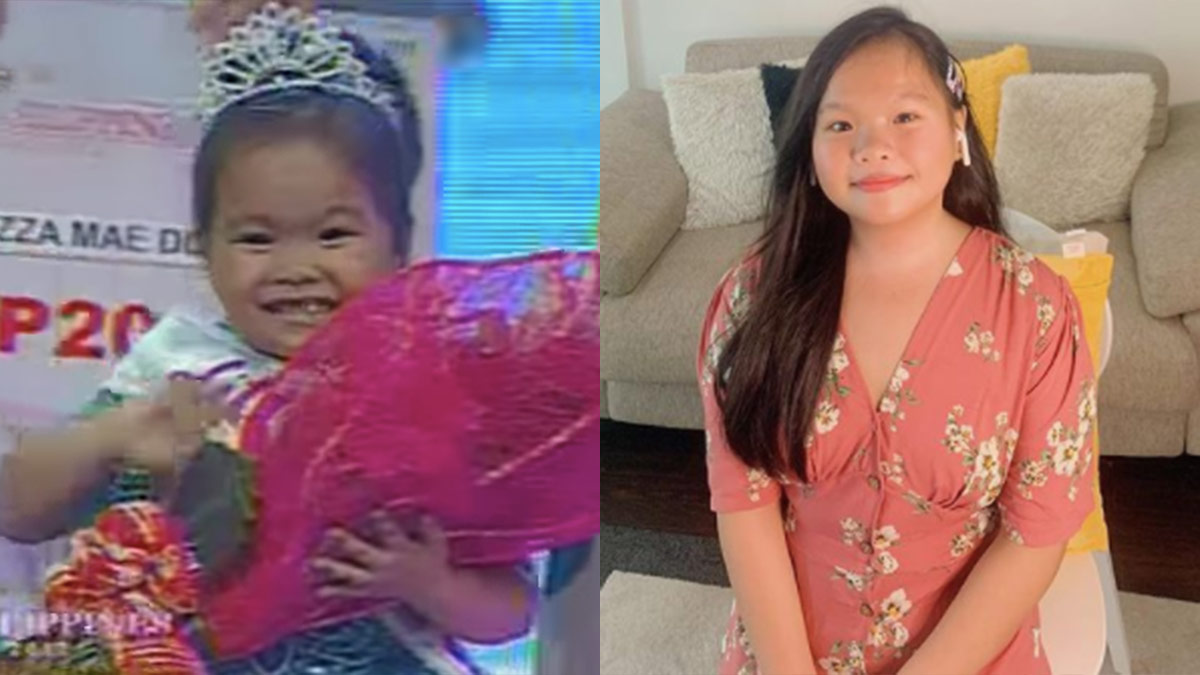 He also became Camille Prats's escort at the grand finals of "Little Miss Philippines," and was once paired with Aiza Seguerra.

After Eat Bulaga!, Atong was included in John En Marsha as Dolphy and Nida Blanca’s youngest son. He would then decide to leave showbiz.

Atong resumed his studies and finished BA Arts Studies at the University of the Philippines.

Based on his Facebook account, Atong is now a teacher. He also occasionally does stand-up comedy shows and maintains a podcast called Bigote Brows.

His last appearance in Eat Bulaga! was in the 2019 segment “Boom.”

He also recalled his journey in the show through a commemoration video for Eat Bulaga!’s 40th anniversary. 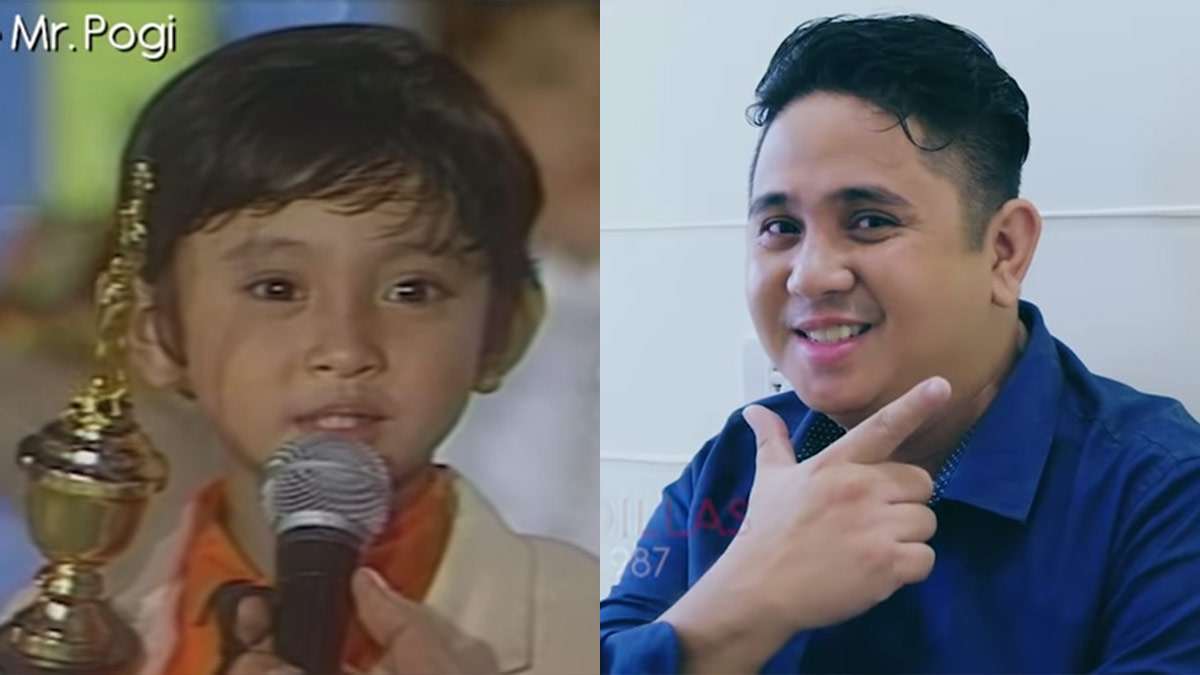 She also did several movies and TV specials. Her last project on TV was Ang Iibigin Ay Ikaw, a GMA-7 drama series aired in 2002.

Since then, Lady Lee has stopped doing showbiz appearances.

Lady Lee, now 35, works in a BPO company. She also has a daughter who wants to join showbiz. 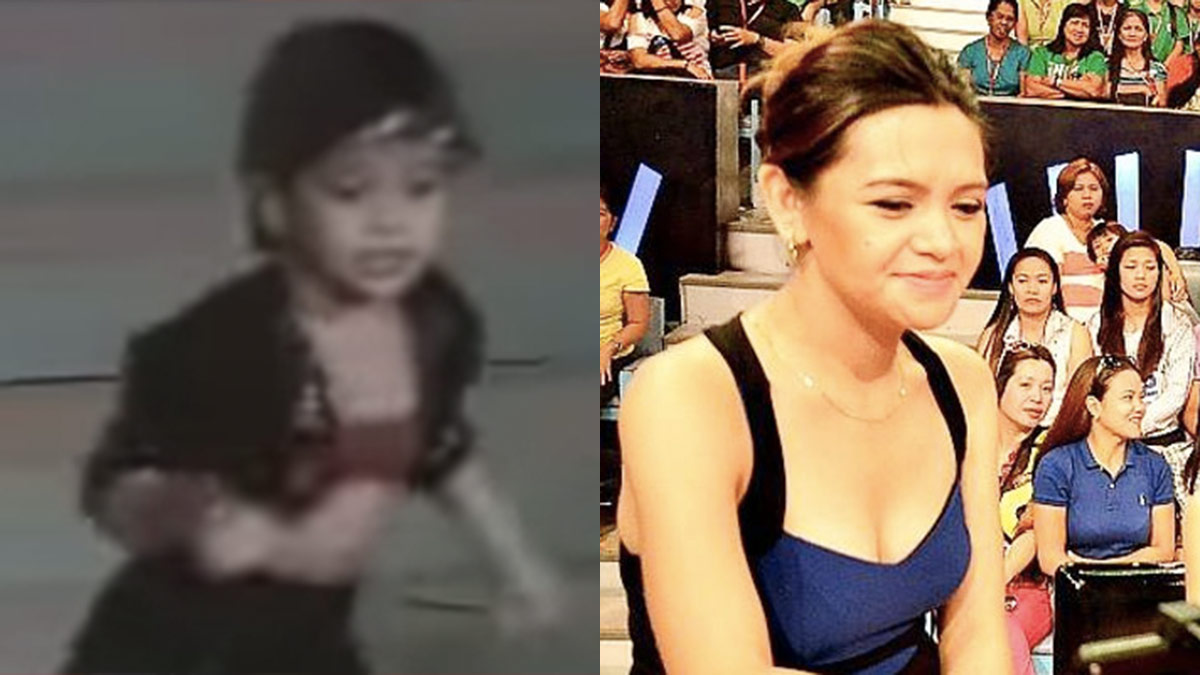 Ice Seguerra, formerly known as Aiza Seguerra, started her career as a contestant of Little Miss Philippines (1987), where she placed fourth runner-up.

Despite not winning the pageant, Ice's career as a child star still flourished when she was tapped to become a regular in Eat Bulaga!

She also did sitcoms with Vic Sotto, like Okay Ka, Fairy Ko!, among many others.

In her teenage years, Ice pursued a career in music, with her single "Pagdating ng Panahon" topping Philippine charts in 2001.

In 2007, Ice became more open to the public about his sexual preference as a lesbian.

He said in a 2007 interview, "I don't think it's really a choice if you decide to be gay or not. It's more of deciding to live in a closet or to come out in the open.

"Kasi naniniwala ako na ever since, I had it in me. Siguro different lang for other people.

In 2012, Ice played Jodi Sta. Maria's elder sister in the daytime series Be Careful With My Heart, which aired for more than two years.

In 2015, Ice would return to his TAPE, Inc. family via Princess In The Palace.

In 2014, Ice proposed to his girlfriend, Liza Diño. In that same year, he said in an interview that he now identifies himself as a transgender man.

In December that year, Ice and Liza got married in San Francisco.

In February 2018, he officially started using Ice as his name. A month later, Ice resigned from his government post as the National Youth Commission chairperson.

Liza, meanwhile, continues to serve as chairman of the Film Development Council of the Philippines.

Ice, always, has been supportive of Liza's FDCP projects. 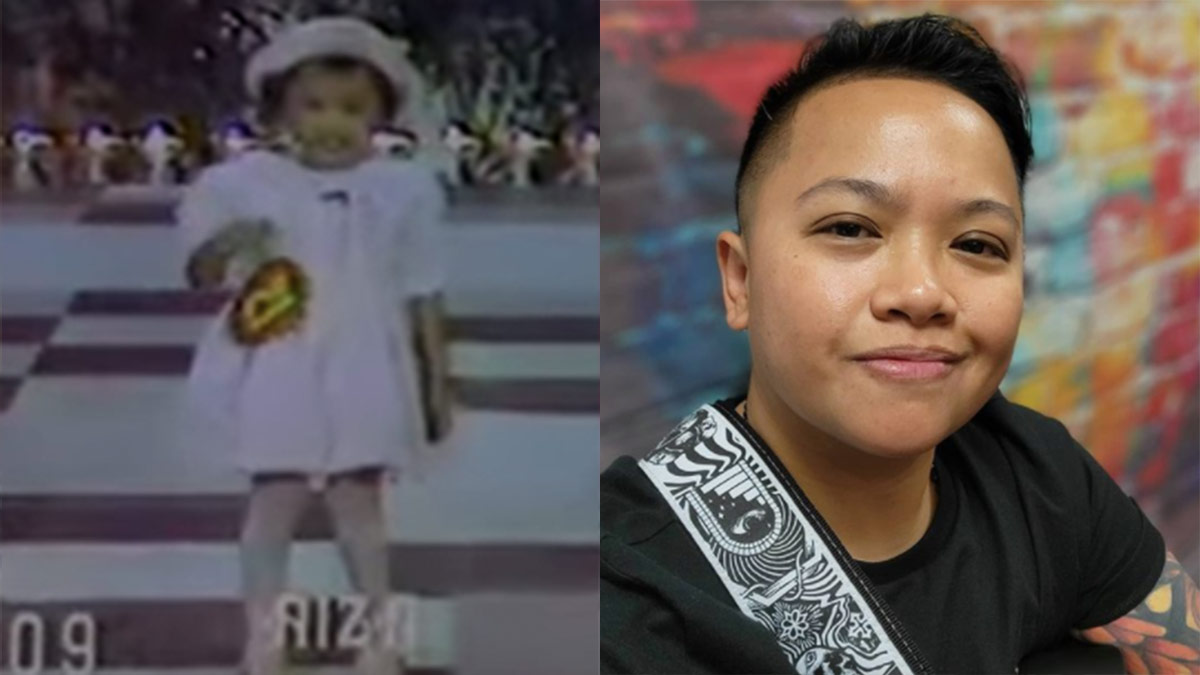