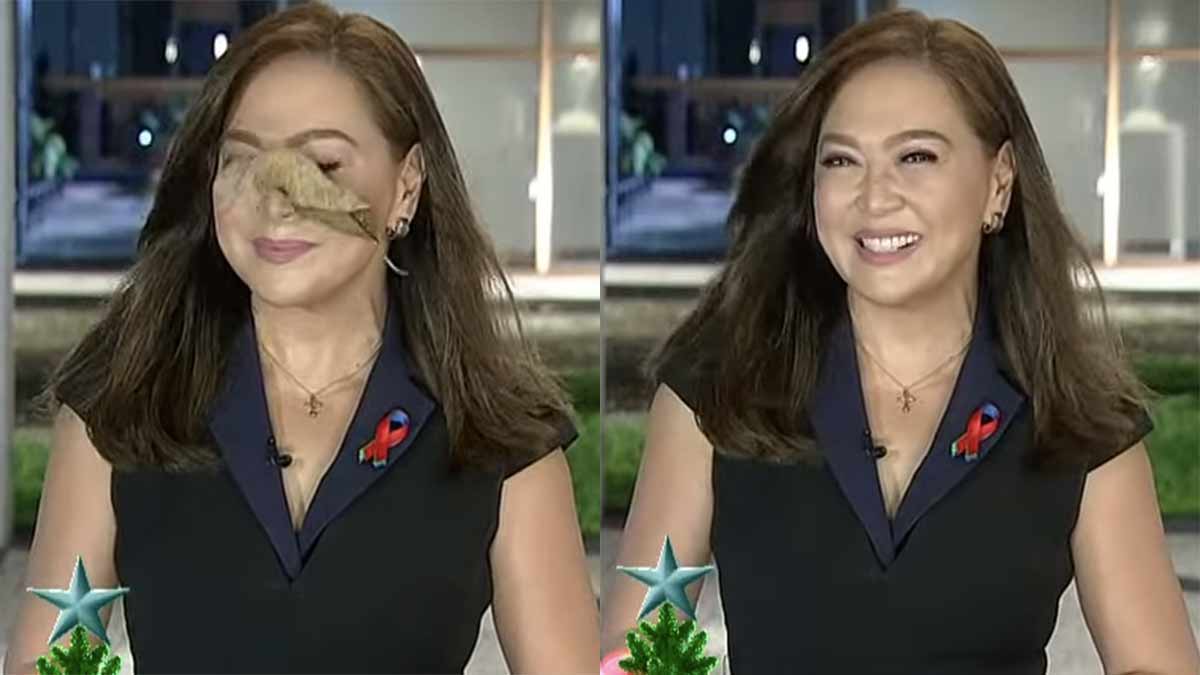 Why? A leaf landed on her face while she was doing her outro!

Since April 2021, theTV Patrol anchors have been doing their reporting duties separately, as they are stationed in different areas of ABS-CBN’s ELJ Building.

Karen’s post yesterday was at the entrance of the Dolphy Theater, an outdoor location. Henry Omaga Diaz was inside the TV Patrol studio, while Bernadette Sembrano was in another outdoor location inside the premises of ELJ Building. 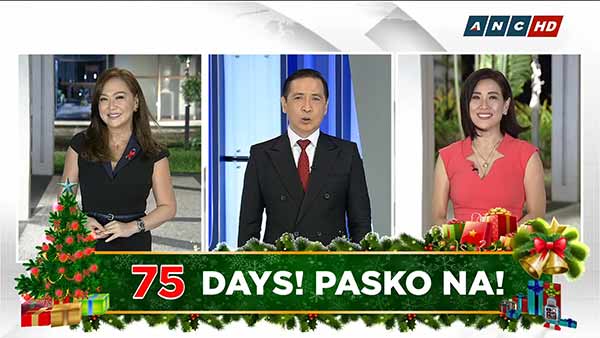 As Henry was delivering his spiels, Karen was just smiling at the camera when a leaf landed on her face, almost distracting her. 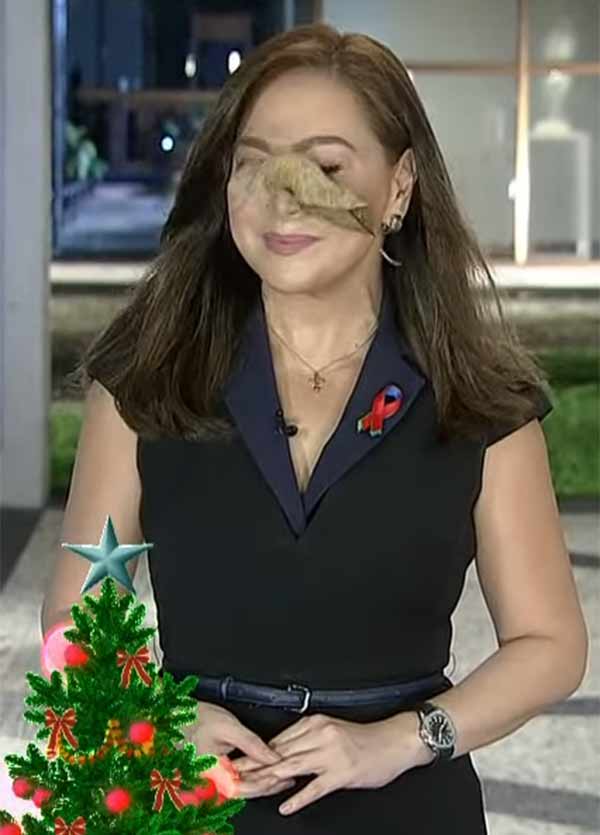 Karen managed to keep her cool, not letting the leaf ruin her poise. 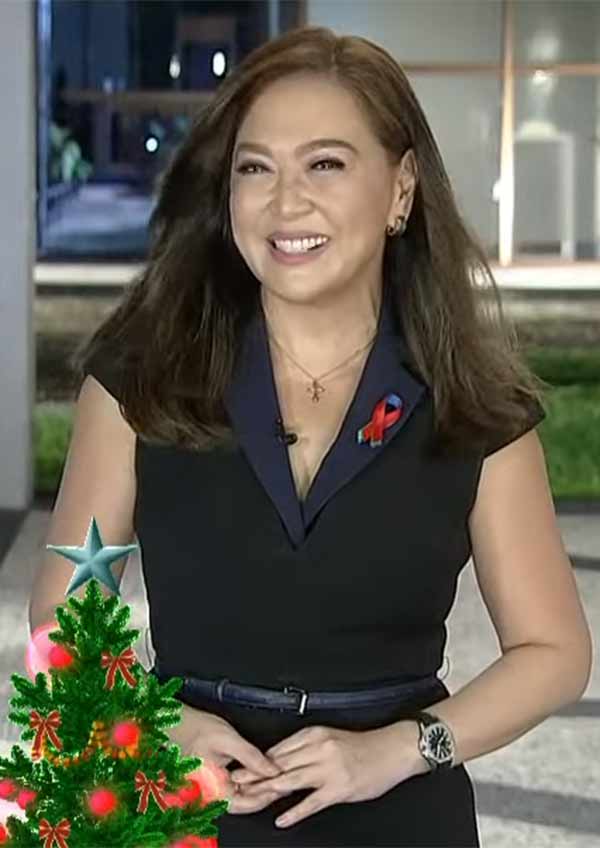 The blooper was first noticed by Twitter netizen @gerviceespinar, who captured the moment from his TV set.

Karen noticed the tweet earlier today, October 12, and reposted it.

She wrote on her repost (published as is), “Literally turning a new leaf [leaf emoji]” 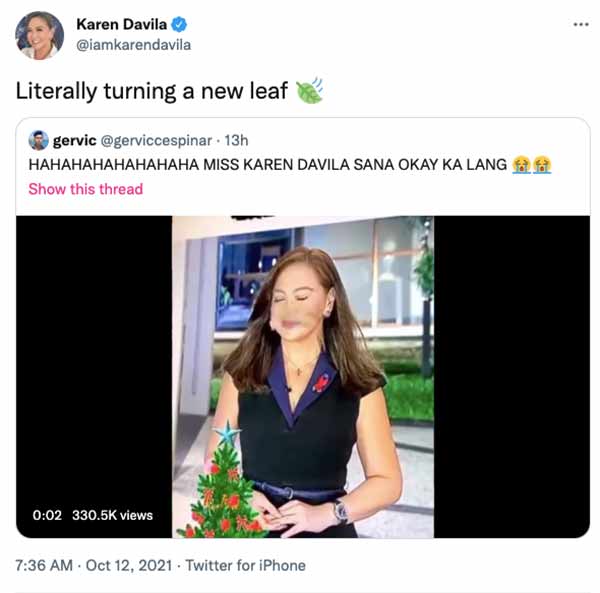 Karen also took to her Instagram account with a video clip taken from a screen recording of the TV Patrol episode.

The seasoned news anchor wrote in the caption (published as is), “Literally turning over a new leaf. Mahangin lang talaga sa labas lol. Have a good day everyone! Christmas is around the corner. See you later on TVP” 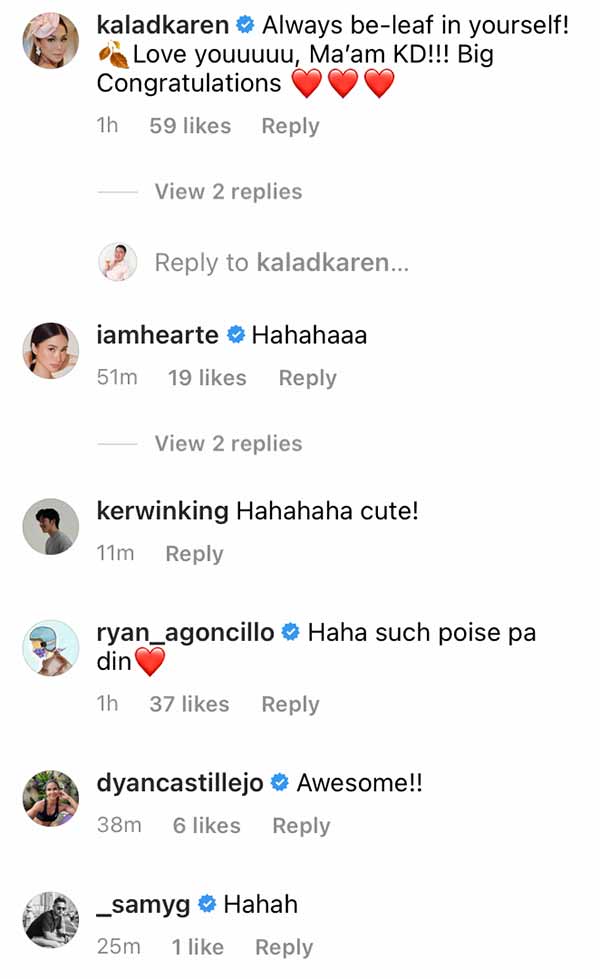 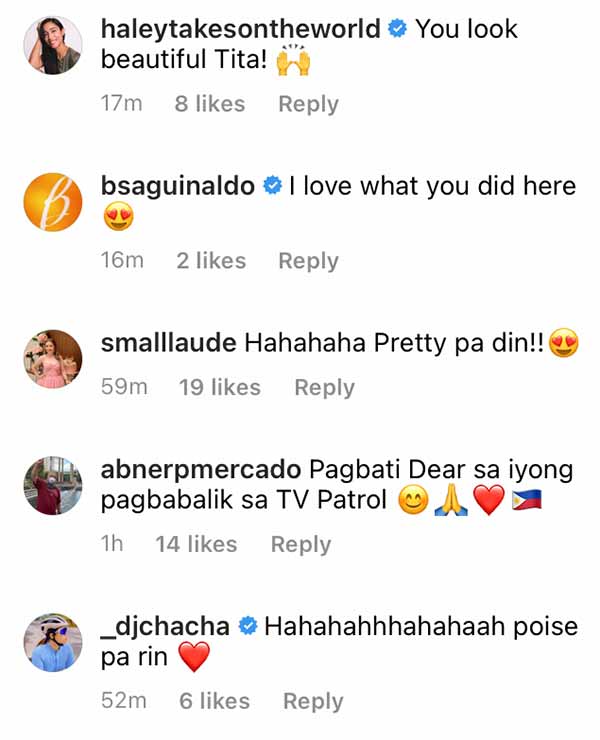 Karen’s stint in TV Patrol marked the first day of her comeback as a permanent fixture on ABS-CBN’s long-running flagship newscast.

Karen was TV Patrol's anchor from 2004 to 2010, until ABS-CBN decided to reformat the show. The reformat came in time for the show's 25th anniversary and the comeback of Noli de Castro, who, at that time, finished his term as the vice president of the Philippines.

Karen's comeback after 11 years was finalized on the heels of Noli's decision to leave TV Patrol and run for a senatorial post. 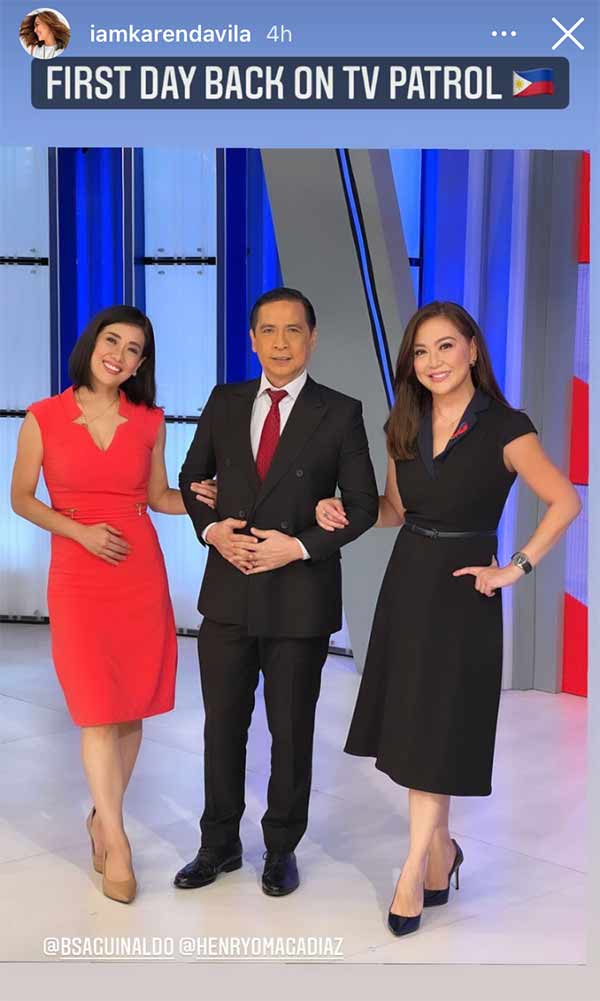 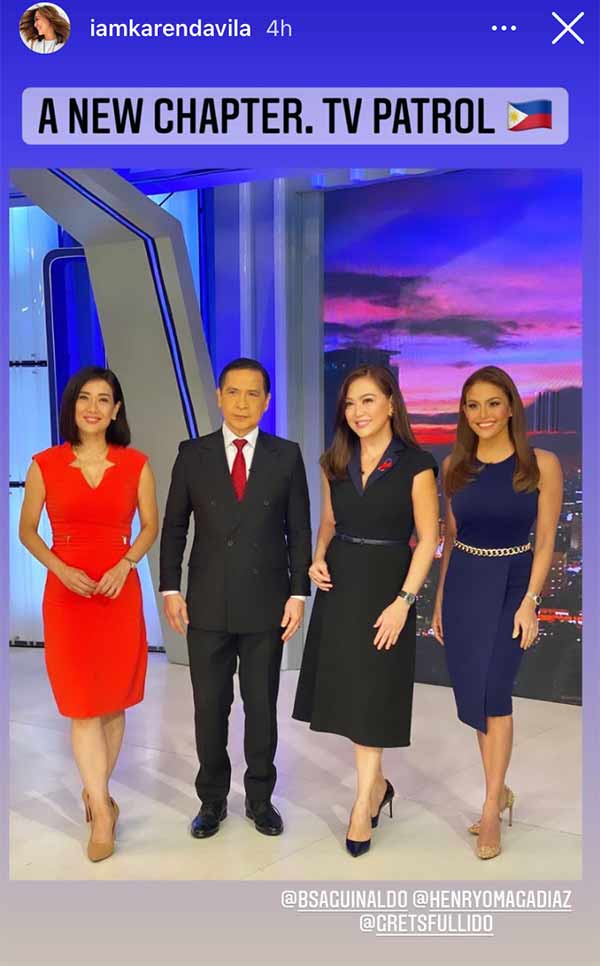 Karen wrote in her post, “The first day of a new chapter for TV Patrol.

“I am back after 11 years. Grateful to those who have come before us. Through the brightest days & darkest times… nandito pa rin kami, nagbago lang ang mga bantay pero matibay pa rin ang TV Patrol dahil po sa inyo.

“We will see this through. Proud to be part of the @tvpatrolph team. Thank you Lord #abscbnkapamilya #livegrateful #workhard”

When ABS-CBN's bid for a renewal of its franchise was junked by Congress in July 2020, TV Patrol continued to air on ABS-CBN's broadcast platforms, like ANC, Kapamilya Channel, Kapamilya Online Live, and its own channel on YouTube.