Stars we are excited to see on ABS-CBN, GMA-7 2021 Christmas station IDs (L-R) Fans are looking forward to see these artists in this year's Christmas station IDs: Sarah Geronimo and Lovi Poe in ABS-CBN and Bea Alonzo and Alden Richards in GMA-7
PHOTO/S: ABS-CBN / GMA-7

Every year, rival networks ABS-CBN and GMA-7 kick off the holiday season with their “pasabog” Christmas station IDs—quite literally triggering a flare-up of hostilities between the Kapamilya and Kapuso fans.

These fans engage in endless debates as to which network has the better song lyrics, melody, music video, etc.

But that’s just the tip of the iceberg.

ABS-CBN and GMA-7 have in their stables the biggest celebrities in the Philippines, so it's hardly a surprise that their Christmas station IDs are much-anticipated for their star power.

Fans want to know which artists will be present or absent, whose voices will be heard singing the theme song, and which stars will lead in the two most important frames: the opening and the closing shots.

GMA-7 and ABS-CBN have just released sneak previews of their station IDs.

ABS-CBN, on the other hand, has released a teaser for its station ID titled “Andito Tayo Para Sa Isa’t Isa.”

Sharon Cuneta and Toni Gonzaga have already posted their photos wearing the shirt bearing the slogan.

Meanwhile, a leaked video of Vice Ganda’s concert shows the crowd singing to the tune of the song.

The year 2021 has seen several A-listers transferring to rival networks.

What makes station IDs this year more exciting is the appearance for the first time of the stars who have made the move.

Network fans are of course looking forward to seeing their homegrown idols and their favorite love teams!

PEP.ph (Philippine Entertainment Portal) lists down some of the artists fans are excited to see in the respective station IDs of ABS-CBN and GMA-7:

It was in July 2021 when Bea Alonzo made the big switch from ABS-CBN to GMA-7.

Fans looking forward to see Bea in her first Kapuso station ID are also curious about her allotted exposure.

They want to know: Will she be the last frame in the Kapuso Christmas station ID?

Here is Bea in her last Christmas station ID as a Kapamilya in 2020. Sarah Geronimo has been part of the voices singing ABS-CBN’s Christmas station ID for five consecutive years since 2016.

Her last participation was in the 2020 Christmas station ID song “Ikaw Ang Liwanag at Ligaya.”

She has declared she's still Kapamilya, but she has not been appearing in ABS-CBN’s ASAP Natin ‘To since late last year.

It appears she has less showbiz engagements.

Will Sarah join the singers for the ABS-CBN Christmas ID for the sixth time? One of the network’s A-listers, Lovi was given a singing part in its Christmas station IDs in 2018 and 2019,

In 2021, she switched networks and is now ABS-CBN’s “Precious Jewel" after many years of being GMA-7’s “Premiere Actress.”

In her first ABS-CBN station ID, will Lovi be paired with Piolo Pascual, her partner in her first Kapamilya series, Flower of Evil? Xian is set to appear in Love. Die. Repeat with Jennylyn Mercado, but Jennylyn has yet to return to her showbiz duties after figuring in a medical emergency in October.

Beauty just wrapped up her series Loving Miss Bridgette with Kelvin Miranda. Would they be in the same frame for this year’s station ID?

Pokwang, of course, is expected to be with her Pepito Manaloto: Unang Kwento family if not a solo frame for her.

Apart from his two GMA-7 shows, will Kuya Kim be part of: 24 Oras or Mars Pa More?

ABS-CBN has not identified the performers who will sing this year’s station ID.

But some fans who managed to hear voices of girls singing the song in the leaked video surmised they could be BINI, ABS-CBN’s own P-Pop girl group.

If this is confirmed, this will be girl group's turn to sing the ABS-CBN’s station ID after its male counterpart, BGYO, lent its voice to the network’s summer station ID.

Of course, the ACEs (BGYO’s fans) are hoping to see the band for the first time in the network's Christmas station ID. Last year, fans of JaDine (James Reid and Nadine Lustre) and KathNiel (Kathryn Bernardo and Daniel Padilla) fans were thrilled to see them shooting inside the studio of ABS-CBN, while LizQuen’s fans were tickled pink with a frame of Liza Soberano and Enrique Gil shot inside their home.

It will be a treat to the fans to see their favorile love teams again in 2021 Kapamilya Christmas ID. Adding to the list of these Kapamilya love teams is DonBelle, the love team of Donny Pangilinan and Belle Mariano, who became popular in their weekly series He’s Into Her. 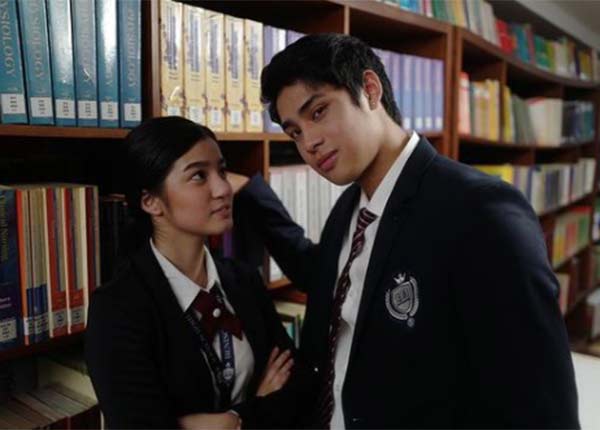 Seth Fedelin and Andrea Brillantes’s love team, SethDrea, is also expected to have their own frame as they are set to top-bill a series to be aired on the platform iQiyi.

It has yet to be known, however, if Francine Diaz will be with Kyle Echarri as Kyle has entered the Pinoy Big Brother house. 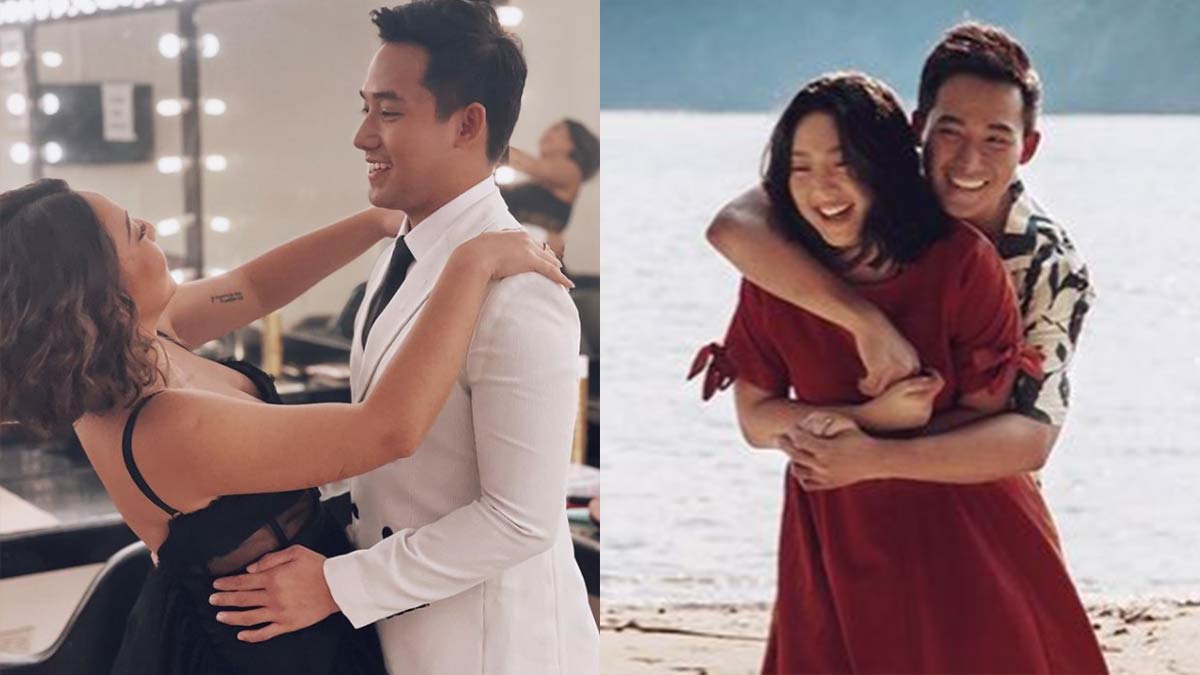 Real-life couple Gabbi Garcia and Khalil Ramos are also expected to become a love team in their GMA-7 shows.

GMA-7 is also banking on Ruru Madrid and Shaira Diaz’s love team, who are paired in the action-adventure series Lolong.

7. WILL DARNA BE WITH VALENTINA?

For the past two years, ABS-CBN’s Darna Jane de Leon has been having her solo frame in the Christmas station IDs of the network.

But now that ABS-CBN has announced Jane’s co-stars, will she be with them for this year’s station ID, including her leading man Joshua Garcia?

Viewers are also curious if Valentina will appear in the station ID as the network has yet to announce who will portray Darna’s archnemesis. Of course, fans are also looking forward to seeing the stars of the network’s upcoming shows together in the frame: Jodi Sta. Maria and Zanjoe Marudo in The Broken Marriage Vow; Charlie Dizon, Dimples Romana, and Jake Cuenca in Viral Scandal; Loisa Andalio and Ronnie Alonte in Love in 40 Days; and Kathryn Bernardo and Daniel Padilla in 2 Good 2 Be True.

8. THE LEAD STARS OF VOLTES V 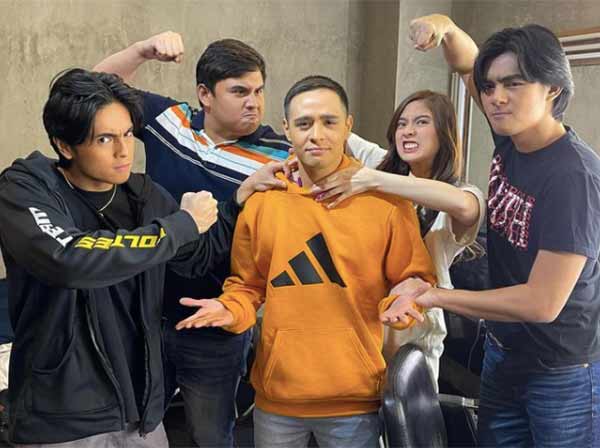 Now that they have already started their lock-in taping, the stars might finally be together for their frames in the station ID!

Aside from the lead stars of Voltes V: Legacy, GMA-7 might also join some of the stars of its upcoming shows: Jillian Ward, Sofia Pablo, and Althea Ablan in Prima Donnas book 2; Jo Berry, Juancho Trivino, and Rodjun Cruz in Little Princess; and Rhian Ramos, Benjamin Alves, and Kris Bernal in Artikulo 247.

Now the question remains: who is the first and the last GMA-7 prime artist to be seen in its opening and closing frames.

It has been a tradition for both networks to feature their A-Listers in the first and last few frames of the station ID.

In the previous year, real-life couples and Kapuso A-listers Marian Rivera and Dingdong Dantes and Dennis Trillo and Jennylyn Mercado were given the first few frames with speaking lines. 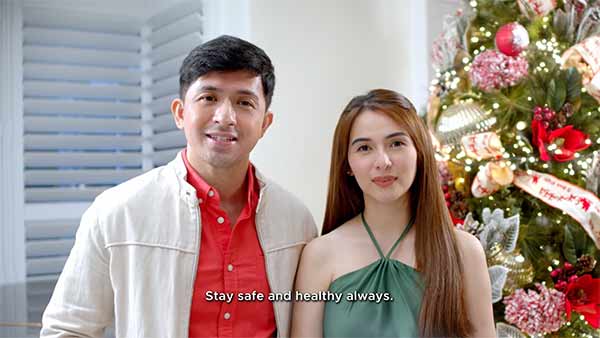 Heart Evangelista was the first to be shown in the final set of artist frames shown in the station ID. She was followed by Michael V., Julie Anne San Jose, Mel Tiangco, Mike Enriquez, and Vicky Morales. The last frame was a split screen of Dingdong Dantes and Marian Rivera together, and Alden Richards on the other half of the screen. Will this change in 2021, given the entry of Bea Alonzo in the network?

10. THE FIRST AND LAST FRAME OF ABS-CBN

Over the recent years, Coco Martin has been appearing in the last frame of the ABS-CBN Christmas station ID.

Some of the artists who also appeared in the last set of frames leading to the closing were Vice Ganda, Judy Ann Santos, Piolo Pascual, Angel Locsin, Susan Roces, and Charo Santos-Concio. In the 2020 Christmas station ID, the music video opened with footage from news reports about the pandemic and typhoon. Regine Velasquez and Ogie Alcasid were the first celebrities shown in the music video as they sang their part in the song. Angel Locsin was the last celebrity to be seen in the station ID with Mark Lopez, chairman of ABS-CBN Corporation. However, the last frame was dedicated to ABS-CBN President and CEO Carlo L. Katigbak. 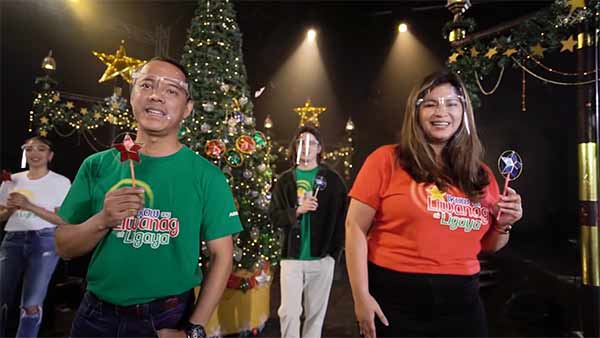 Who will be seen in the last frame of the ABS-CBN station ID this year is anybody's guess, although fans are hoping to see their favorite stars.

Both ABS-CBN and GMA-7 have yet to announce when they will release their station IDs and their respective official music videos.