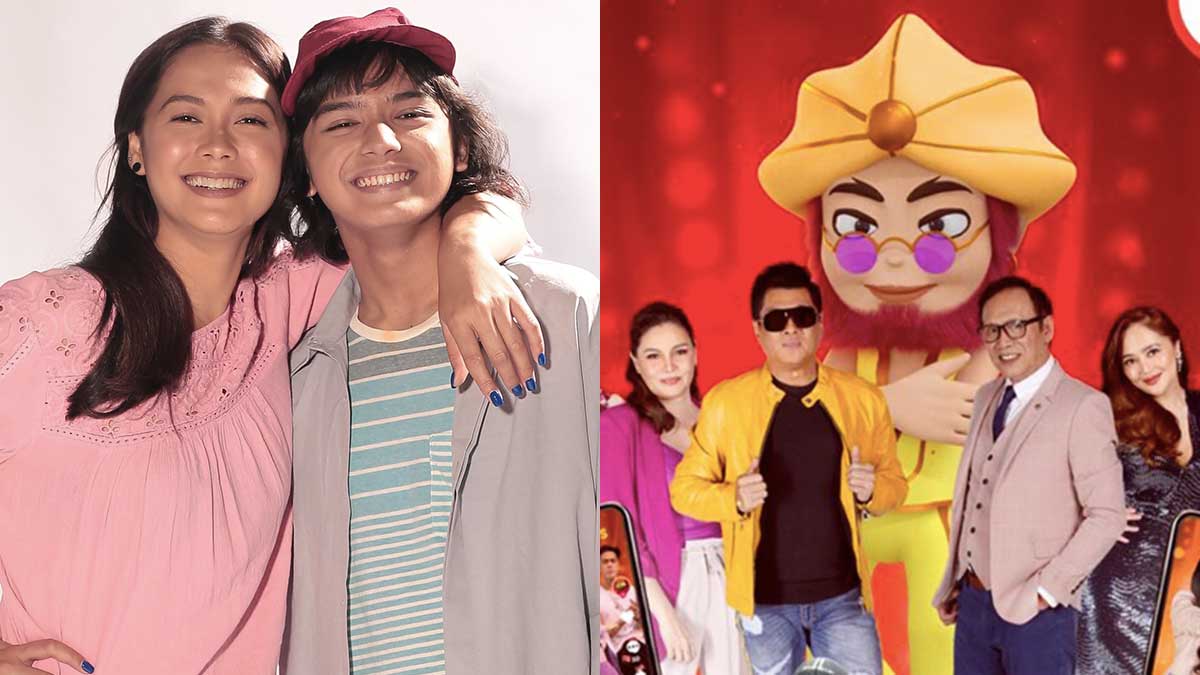 Two of the current programs that are airing on TV5 under this partnership are the drama series Niña Niño, top-billed by Maja Salvador, the reboot of the variety-game show Sing Galing, and its separate weekend version, Sing Galing: Celebrity Edition.

Both programs, which started airing in 2021, continue to air on TV5’s early prime-time block before ABS-CBN’s Primetime Bida.

In an exclusive interview with PEP.ph (Philippine Entertainment Portal), CS Studios head and Cornerstone Entertainment vice president Jeff Vadillo looked back at how the partnership with Cignal started.

It first happened in November 2020 when CS Studios produced the mini-series Stay In Love for TV5, top-billed by Maris Racal and Kokoy de Santos.

Prior to that, CS Studios was also involved in the production of two shows by Brightlight Productions: Sunday Noontime Live and I Got You.

“And then, nagkaroon ng Niña Niño and Sing Galing which are really doing well, and we are now in multiple seasons already. Then now, we have Sing Galing: Celebrity Edition. So far, ayan ang meron kami.”

Aside from these three programs, CS Studios are still coming up with other programs not only for TV5 but for Cignal’s streaming platform, Cignal Play. 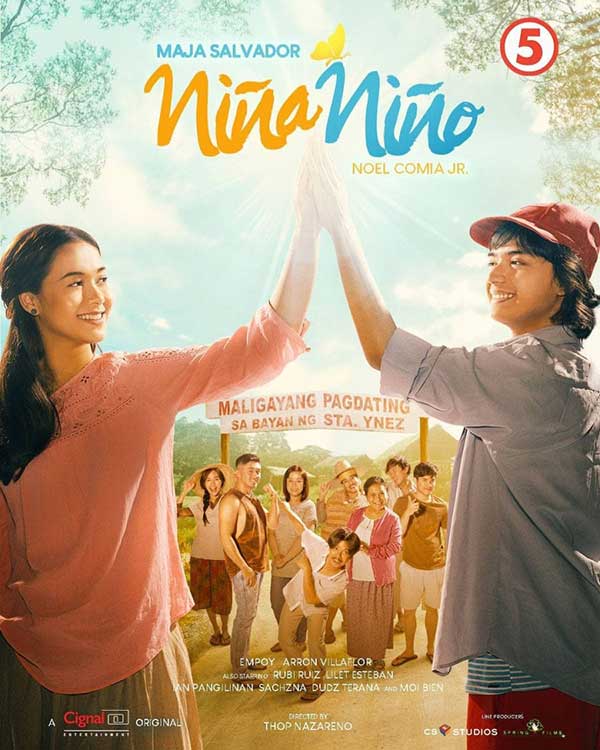 BENEFICIAL TO BOTH PARTIES

What Jeff believes is best about the partnership is that more people are given jobs amid the pandemic.

He says, “That was the time that people needed jobs, that was the very important time in our industry.

“Then, Cignal came along and opened the opportunity to create shows for them.

In a separate e-mail interview, TV5 and Cignal TV CEO and President Robert Galang saw the opportunity when they brought back TV5’s entertainment programming in late 2020.

He believes that Cornerstone has the machinery in producing “quality programs” and its “access to creative talents” as well.

“Our partnership with CS Studios started in 2020 when we pivoted TV5’s programming back to general entertainment and decided to open ourselves up to partnerships and collaborations with various content producers.

“There was a need to produce original content to build TV5’s entertainment program line-up, and we chose CS Studios as one of our key partners because of their known expertise in developing quality programs and access to creative talents and big-name celebrities.”

For Jeff, this is the perfect time to focus on content production since Cornerstone also manages directors and writers, such as Rod Marmol (Stay In Love), Thop Nazareno (Niña Niño), and Dan Villegas (I Got You), and of course, its artists like K Brosas, Jessa Zaragoza, Arron Villaflor, Ian Pangilinan, among others.

Prior to content production, Cornerstone is known for producing concerts, which is impossible now because of the pandemic.

As for TV5 and Cignal, the partnership allows Filipino talents to have a platform to exhaust their creativity in producing content.

Robert explains, “This partnership allows us to combine the expertise and resources of our organizations to come up with original and quality content that Filipino audiences want and enjoy and to ensure they are easily accessible to viewers through widespread distribution across multiple platforms.

“Rather than building an in-house production team that’s likely to contain just a handful of experts, our collaboration allows us to tap more creative talents, experts, and stars from CS Studios.

“While Cignal Entertainment focuses on programming, strategy, and business development, TV5 takes care of transmission and technical manpower, and CS handles content production. This has led to more efficiency in the utilization of resources and has generated positive results for Cignal Entertainment and TV5.

“Ultimately, our mutual goal is to provide relevant and high-quality content that will reach more Filipino households, and we are happy that this combination works.” 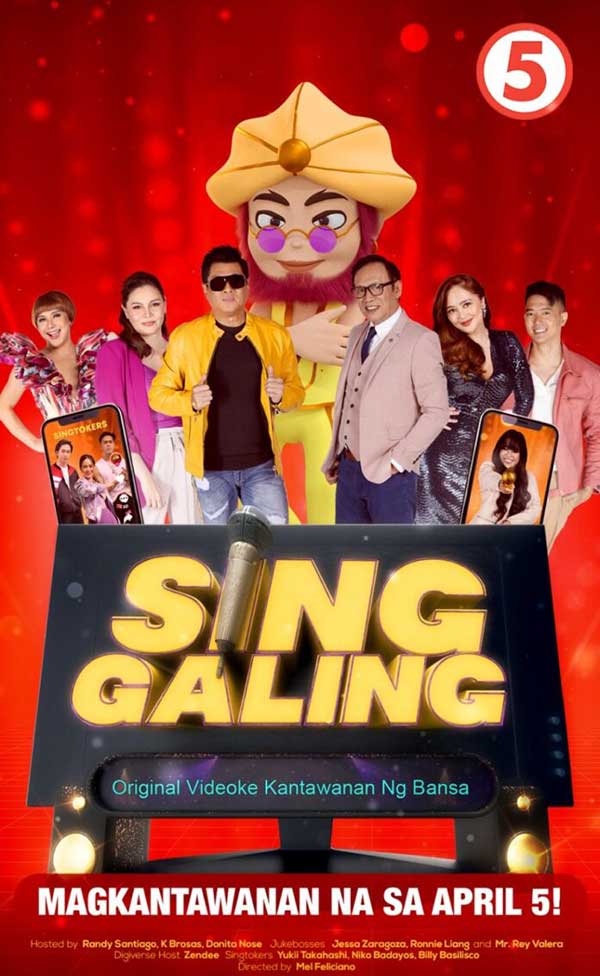 Both CS Studios and Cignal are happy with the outcome of their partnership, especially with the performance of Niña Niño and Sing Galing.

Both shows are already in their third season and have been running for already seven months as of this writing.

So far, other TV5 programs aired since 2020 have yet to reach this feat.

Jeff believes that the concepts of both shows are able to capture audiences, which becomes evident whenever they visit provinces and people talk about their shows 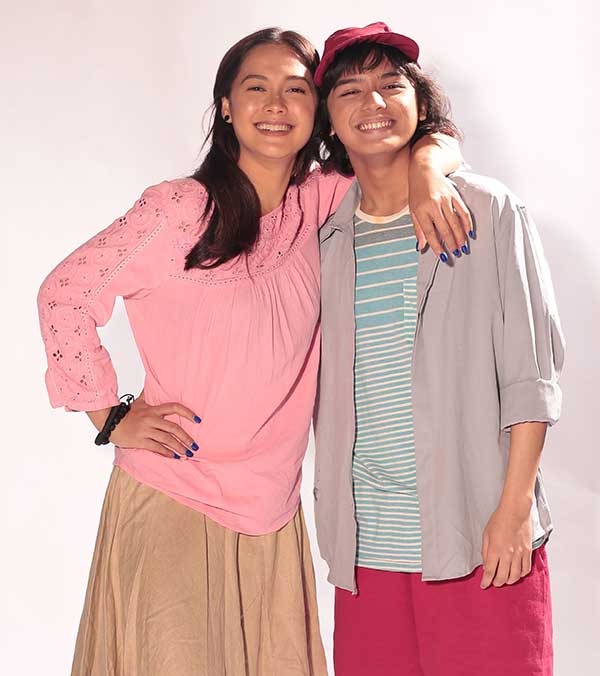 Meanwhile, Robert takes pride in the achievements that Niña Niño and Sing Galing have achieved in terms of awards and TV ratings.

Both programs received recognition in the 2021 Asian Academy Creative Awards as national winners in their respective categories.

Robert says, “I am extremely proud of what the two shows have achieved. Niña Niño has become a household favorite and is reaching a wider national audience since it premiered last April.

"The show’s growing following has hit a record-breaking 5.0% in TV ratings despite strong competition from other programs on the same time slot.

“Sing Galing, on the other hand, has gained a new generation of viewers since its highly popular reign more than 16 years ago.

“Both programs were also recently recognized at the Asian Academy Creative Awards [Niña Niño for Best Drama Series, Maja Salvador for Best Actress in a Leading Role, and Sing Galing for Best Non-Scripted Entertainment], are fully loaded with commercials, and their ratings continue to go up.

“With TV5's nationwide coverage, we expect both programs to continue to grow and reach new heights, and we thank all our advertisers who supported both shows and continue to believe in us.”

At the same time, Jeff is happy for TV5 that years after it has stopped producing entertainment programs, the network is back in the game.