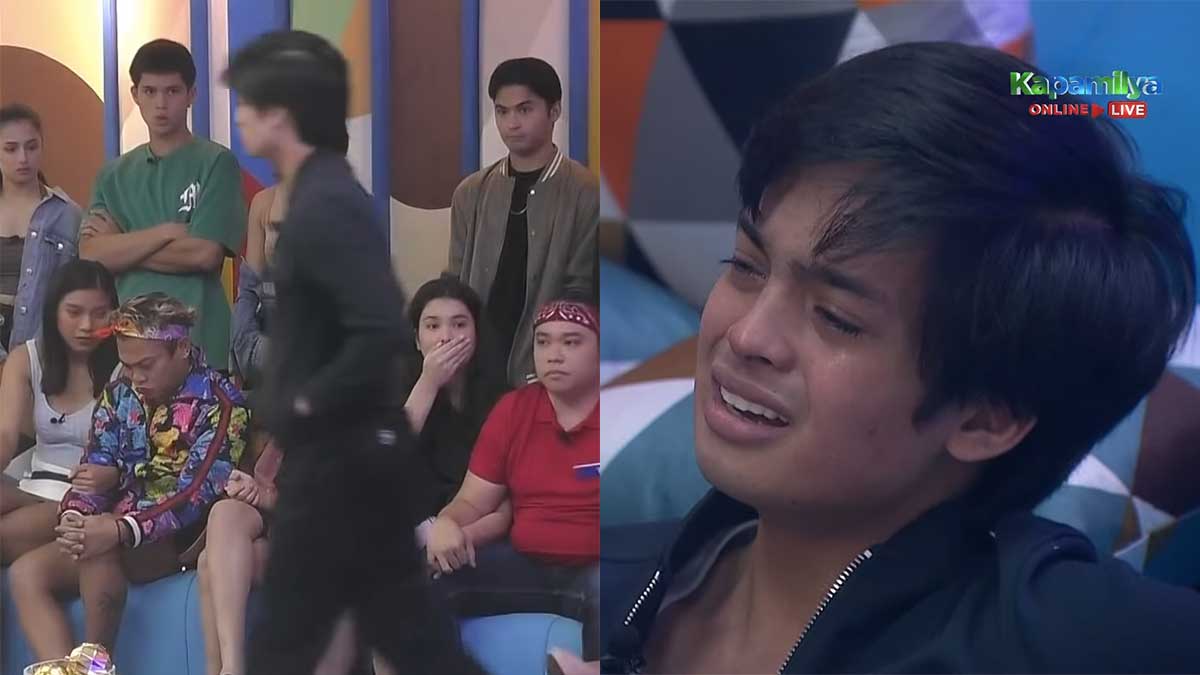 KD Estrada gets emotional and leaves the room after his nomination for eviction for third consecutive time. His walkout was a first in PBB history.
PHOTO/S: Pinoy Big Brother (ABS-CBN)

KD Estrada just lost it and walked out when for the third consecutive time he was nominated for eviction by his Pinoy Big Brother housemates on Sunday, November 14, 2021.

When host Toni Gonzaga announced KD’s name, the 18-year-old singer stood up and left the room to the astonishment of his batchmates.

It was the first time that a housemate walked out during a nomination night. 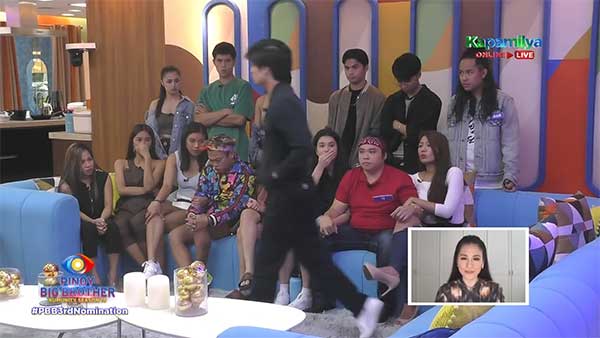 The other nominees were Chie Filomeno, Eian Rances, and Benedix Ramos.

KD got the highest number of votes with 8 points, followed by Chie with 7 points.

KD was in tears during the final gap of the show where the nominees plead with the viewers to send save votes on their behalf.

He said he would understand if his fans would turn their backs on him because he must be doing something wrong to get eviction notice week after week. 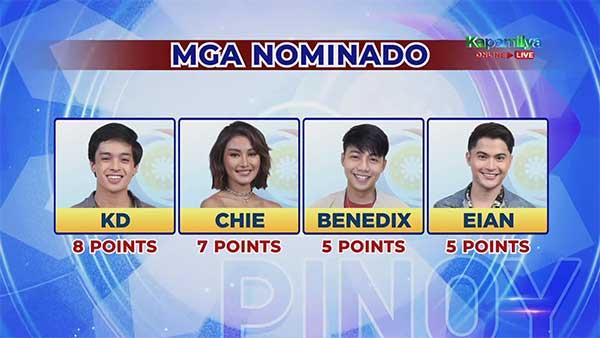 THE AFTERMATH OF THE NOMINATION

In the Monday episode, November 15, KD told Kuya, “It just hurt me. I thought this week, I was already improving myself. Masakit lang po, e.”

Back in the living room with the other housemates, KD dropped down on the floor and cried his heart out. 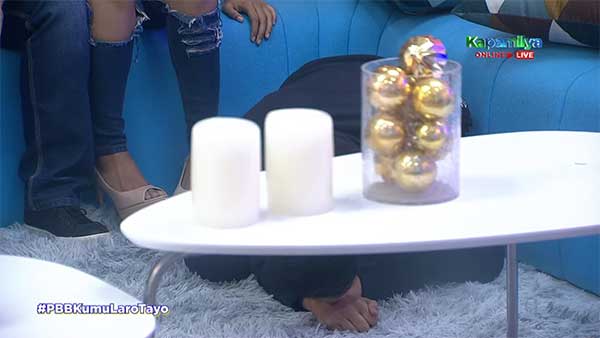 In tears, he asked housemate Samantha Bernardo, “What was I doing wrong?”

Sam then consoled her close friend, “No you’re not doing anything wrong, this is just part of the game. Everyone will leave anyway.

“Thank you so much for being brave, you’re not doing anything, don’t blame yourself. This is just part of the game.” 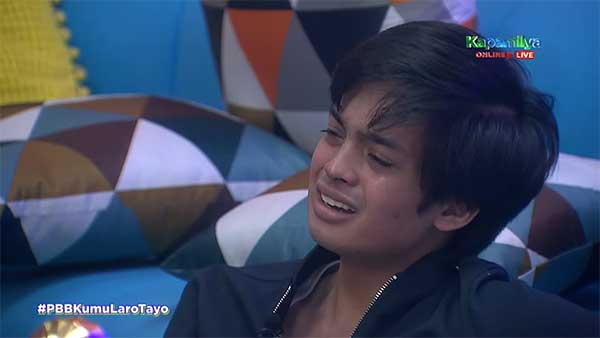 After crying, KD went to housemate Anji Salvacion, with whom he had an emotional conversation early this week.

KD told Anji, “Thank you for keeping up with whatever I was going through even if I’m like this, you’re still trying to be my friend.

Anji answered, “I’m not trying to, I am still your friend. I just want you to help yourself. Self-love, that’s how you can help yourself." 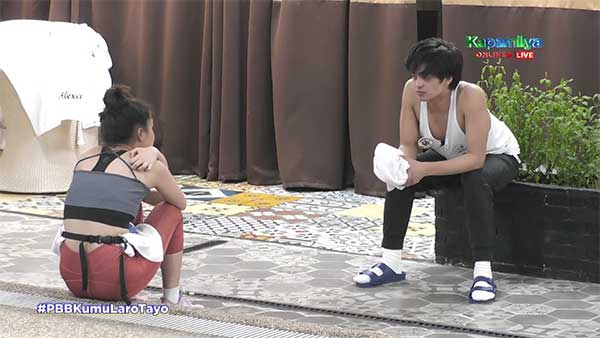 Meanwhile, Benedix, also bothered by his nomination, told Sam and Jordan, “It’s too early for this.”

He told Kuya he felt sad about what happened, figuring it must be because he and the housemates were still adjusting to each other as he has only been in the PBB house for a week. 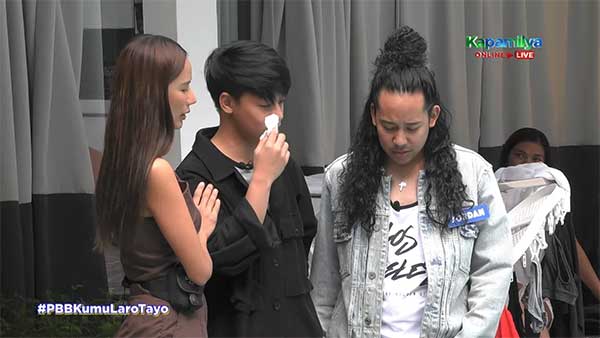 Chie chose to tough it out and said during her conversation with Kuya, “Hindi siya madali, Kuya, na marinig iyong pangalan mo doon.

"I just have to prove to myself and to everyone na may lakas ako ng loob to stay here sa loob ng bahay.” 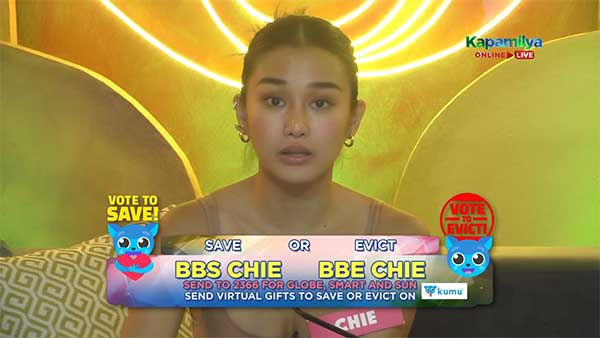 Eian also cried to his housemates Brenda Mage and Alyssa Valdez, saying the other housemates who were nominated were the ones who really wanted to stay. 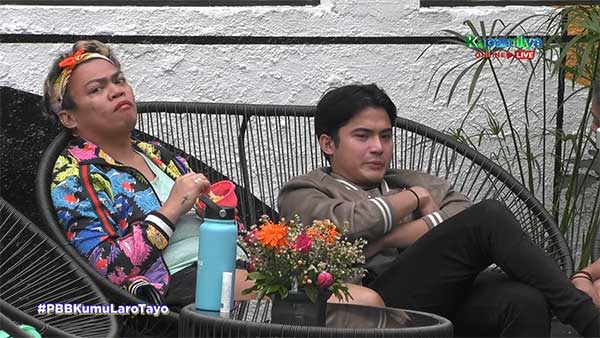 The viewers have the power to save or evict the housemate of their choice by sending gifts on Kumu or via text.