Rabiya Mateo on being a Kapuso: "Nag-yes ako agad." 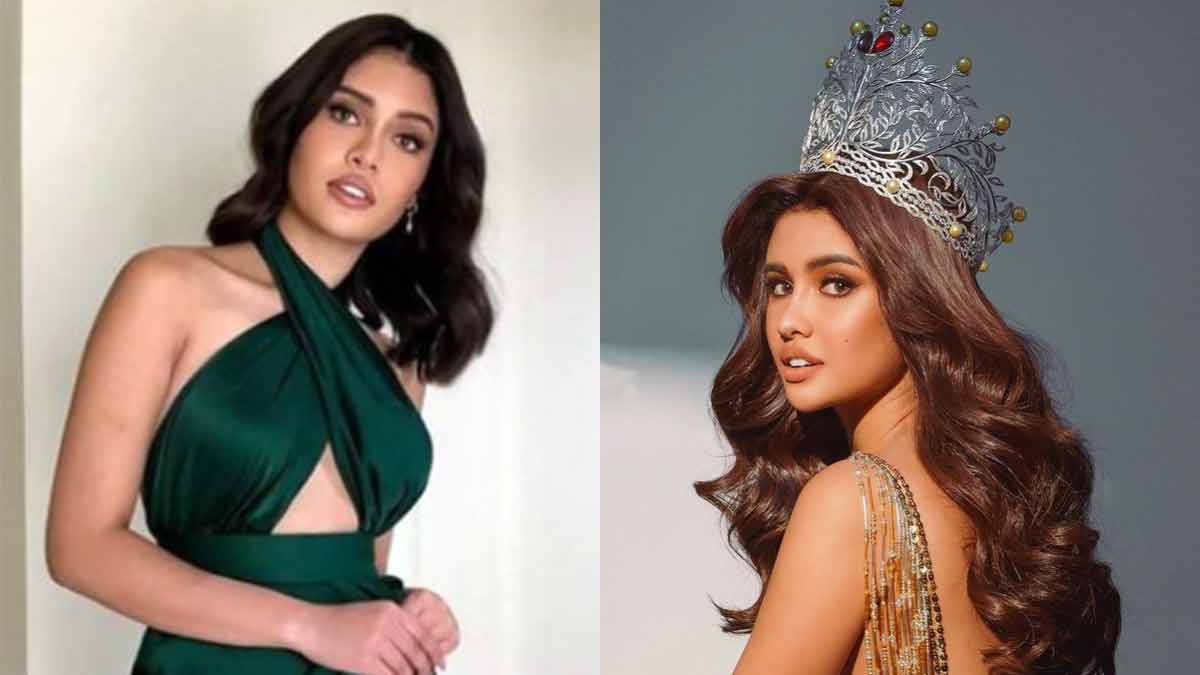 The 25-year-old Ilongga beauty queen said that she is excited to begin her journey as a newbie actress in GMA-7.

"Nung nakita ko na they are all welcoming me as the newest part of the family, sobrang sarap sa feeling kasi it's another dream that is about to come true.

Rabiya was interviewed by select members of the entertainment press, including PEP.ph (Philippine Entertainment Portal), right after her contract signing with GMA-7 earlier today, November 18.

When asked how she was offered to become a Kapuso, the ever bubbly Rabiya recounted how it all started with a chance encounter with GMA Films President Atty. Annette Gozon-Valdes.

It happened just before she left for the Miss Universe pageant last May 2021.

Rabiya recalled: "To be honest, even before going to the U.S. to compete for Miss Universe, na-meet ko na si Ms. Annette Gozon.

"Parang it was a joke, in-ask pa niya ako, 'Do you wanna try acting?'

"Sabi ko, 'Dati po nagde-declaim ako. I dont know if it counts, pero I consider that as my acting experience."

Then GMA-7's official offer came after her Miss Universe stint.

Rabiya may have felt down after her failed bid to bring home the crown, but another door of opportunity opened for her.

"But right after the competition—I didn't win—–minessage ako ni Sir Jonas Gaffud, my manager in Empire.

"Sabi niya, 'GMA is interested about you. What are your thoughts about it?'

Rabiya's initial TV appearances in GMA-7 was a dramatization in the Halloween special of Kapuso Mo Jessica Soho last October 31.

She's also set to star in the November 27 episode of Wish Ko Lang.

But her first major project would be Agimat Ng Agila Book 2 where she would be paired with Senator Bong Revilla.

Rabiya gushed, "To be honest, at first, nung in-offer nila yung role, I was on cloud nine for several days because it's a big role, e. It's a leading actress [kind of role].

"For somebody like me na di pa dalubhasa when it comes to acting, they saw something in you, yun ang inisip ko kaya honored po talaga ako."

She went on to say that she took it upon herself to go through proper training so she can give the role her best shot.

"I made a promise to myself na gagalingan ko.

"Not just having worksops in acting, but also trying to have that figure...

"I enrolled myself in boxing din para at least reading-ready tayo when we're doing the fight scenes."

Rabiya will play an interpol agent in the weekly series.

Explaining how she can relate to the qualities of her character, Rabiya said, "Hindi siya damsel in distress na a guy needs to save her. No! I save myself. I save everybody around me.

"I can say ganun din ako. We share the same values. There's something in us na kailangan may patunayan kami. Kailangan may ipaglaban kami.

"Kaya I'm blesed with this role. I can never say no to a blessing like this."

"BETTER TO FAIL AT SOMETHING THAN HAVE REGRETS"

It was clear with the way Rabiya talked about this new chapter in her career that she's determined to make it in show business.

She said: "Actually, it's better to fail at something because you tried than having the regret na, 'Dapat ginawa ko.'

"I will never be afraid. Not anymore."

Rabiya may not have a background in acting, but she's willing to make up for it with her enthusiasm.

Did she dream of becoming an actress when she was younger?

"So, nagamit ko siya up until now."

For her future projects, Rabiya said she wants to become a kontrabida in a drama series and she's also interested to try hosting if given a chance.