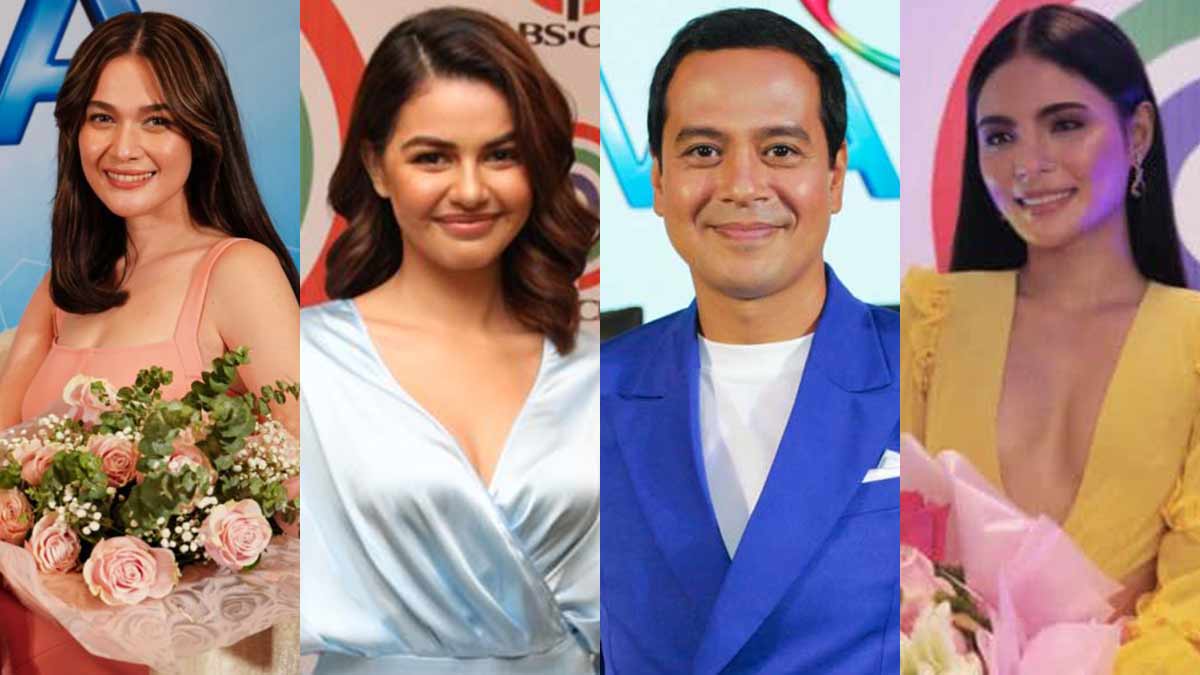 (L-R) Bea Alonzo, Janine Gutierrez, John Lloyd Cruz, and Lovi Poe are some of the celebrities who transferred networks in 2021.
PHOTO/S: ABS-CBN / GMA-7

In local showbiz, it's not unusual to see celebrities transferring from one network to another as part of their career growth and other personal reasons.

This year was no different, as televiewers and fans alike witnessed prime, homegrown artists of each network switching alliances.

As PEP.ph (Philippine Entertainment Portal) looks back on the showbiz events that transpired in 2021, we list down the showbiz luminaries who decided to look for other opportunities in rival networks.

Janine Gutierrez was the first actress to make a career move this 2021 when she transferred to ABS-CBN after nine years with GMA-7.

On January 15, 2021, Janine signed an exclusive TV contract with ABS-CBN. She was the first actress to transfer to the Kapamilya network after its franchise renewal was rejected by Congress in 2020.

Janine is currently seen in the prime-time series Marry Me, Marry You alongside Paulo Avelino. She is also set to be paired with another former Kapuso, Lovi Poe, in an iWant TFC series titled Sleep With Me in 2022. 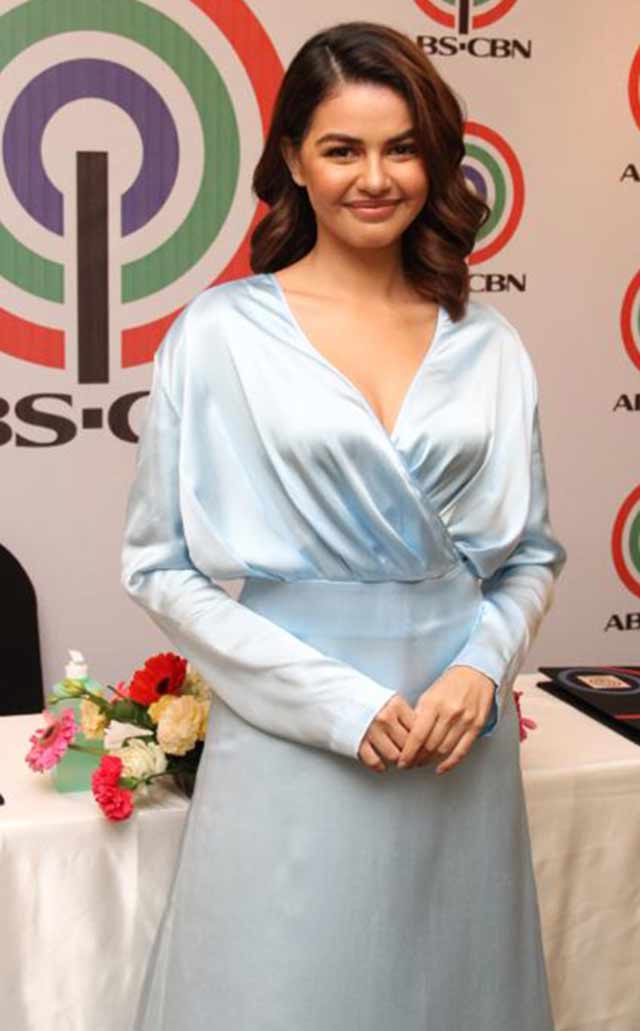 As early as 2020, there was already a rumor that Bea Alonzo will transfer to GMA-7 after leaving Star Magic and transferring to Shirley Kuan’s camp.

The rumor intensified when Bea decided to accept a movie with Alden Richards. Titled A Special Memory, the movie is produced by GMA Pictures, APT Entertainment, and VIVA Films.

At the end of June 2021, GMA-7 released a series of teasers that said “an award-winning actress will soon be a Kapuso.” Netizens guessed that the teasers were pertaining to Bea, based on the “be a Kapuso” phrase.

Bea’s transfer finally happened on July 1, 2021, when she signed a two-year exclusive TV contract with the Kapuso network. Aside from her movie with Alden, Bea is also set to do a teleserye with GMA-7, which has yet to be announced. 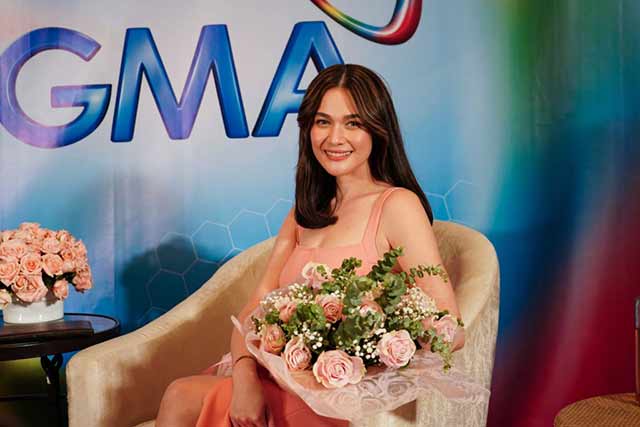 On April 19, 2021, a report from PEP Troika disclosed that Sunshine Dizon, a Kapuso prime actress for 25 years, is set to transfer to ABS-CBN.

The report added that Sunshine’s contract in GMA-7 was not renewed, and this allowed her to accept an offer from ABS-CBN and Dreamscape Entertainment.

On April 30, 2021, Sunshine’s transfer was confirmed when she appeared in the teaser of Janine Gutierrez and Paulo Avelino’s teleserye, Marry Me, Marry You.

In an interview with PEP.ph, Sunshine said that she and her manager Perry P. Lansigan amicably parted ways with GMA-7. “With whatever decision it is, maluwag sa puso ko dahil they [GMA management] actually wished me well. To be honest, no hard feeling. Wala akong bitbit na sama ng loob."

While still appearing in Marry Me, Marry You, Sunshine is also part of ABS-CBN’s original iQiyi drama series, Saying Goodbye, with Seth Fedelin and Andrea Brillantes. 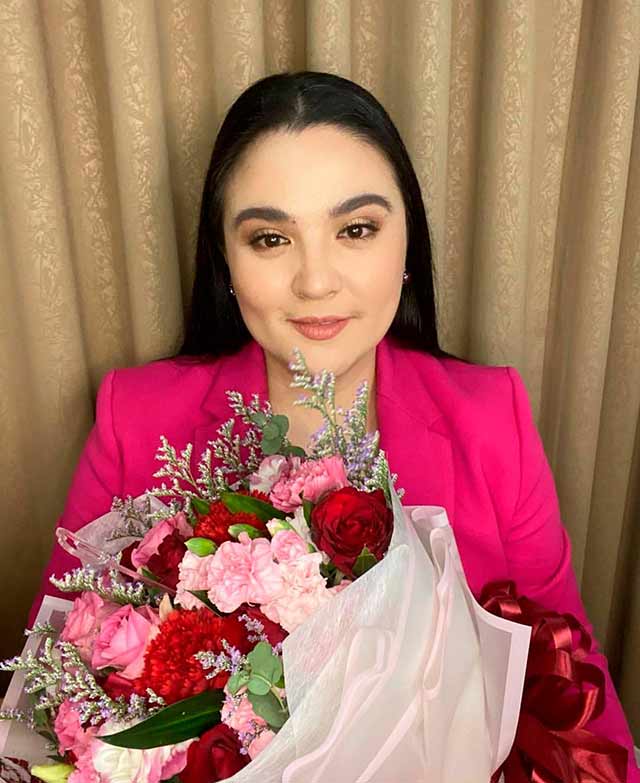 He also signed with Willie Revillame, who promised to produce a sitcom for him on GMA-7.

The following month, GMA executive Annette Gozon-Valdes revealed that they are in talks with John Lloyd for a contract. The actor also appeared in Willie’s TV special for an online e-commerce platform that same month.

Months passed and there were no updates about John Lloyd’s GMA-7 project. There were even reports that the project will no longer push through.

On November 9, 2021, John Lloyd and GMA-7’s partnership finally pushed through when the actor signed a program contract for his upcoming sitcom titled Happy ToGetHer. He will be joined by former Kapamilya stars Miles Ocampo, Jayson Gainza, and Janus del Prado. 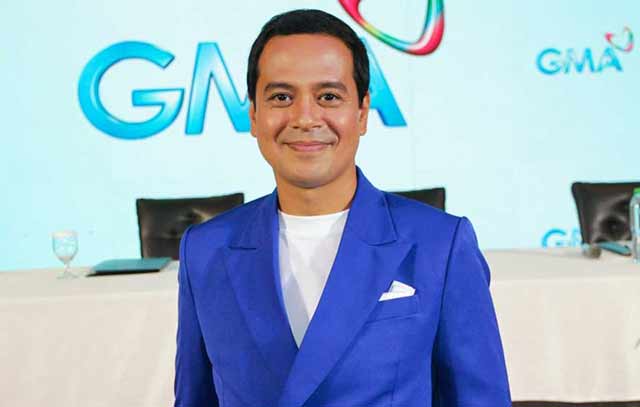 It was in April 2021 when a report came out that Lovi Poe is planning to transfer to ABS-CBN after 15 years of being with GMA-7.

During her PEP Live appearance on July 6, 2021, Lovi stated that she has not decided on her career move as both networks have offers for her.

On September 9, 2021, ABS-CBN released a teaser about a “precious jewel finding a new home” with the hashtag #JustLove. Netizens guessed that the teaser was alluding to Lovi.

Indeed, on September 16, 2021, Lovi said her goodbyes to GMA-7 and signed a contract with ABS-CBN.

Her first project is the adaptation of the Korean drama Flower of Evil, where she is paired with Piolo Pascual.

She is also teaming up with Janine Gutierrez for an iWant TFC series titled Sleep With Me. 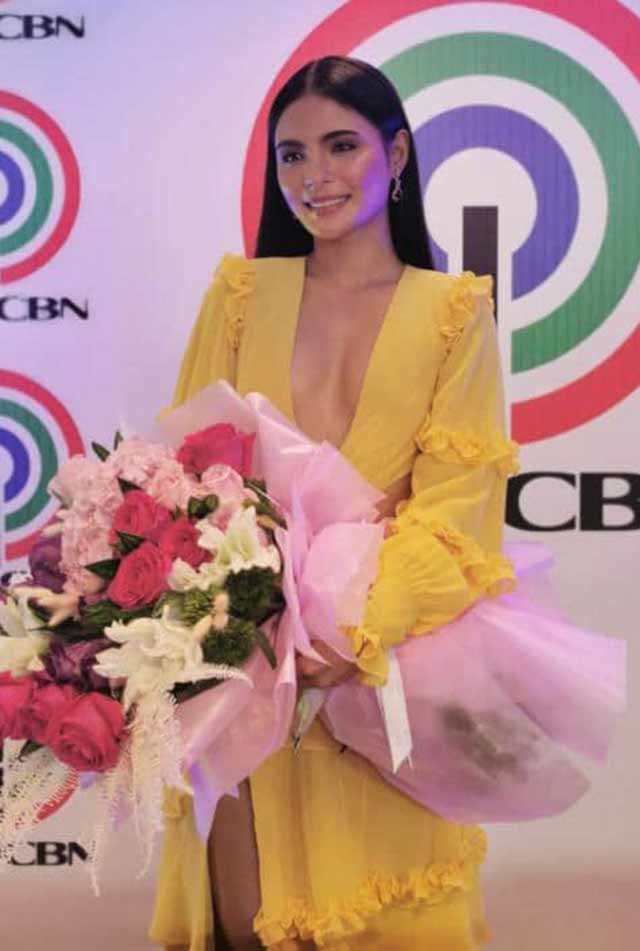 It was in September 2021 when a report came out that Kim Atienza is set to transfer to GMA-7.

Prior to this, Kuya Kim was a permanent fixture on TV Patrol as its weather reporter since 2005.

He now hosts a segment in 24 Oras and is part of the morning talk show Mars Pa More and Gtv's infotainment program, Dapat Alam Mo. 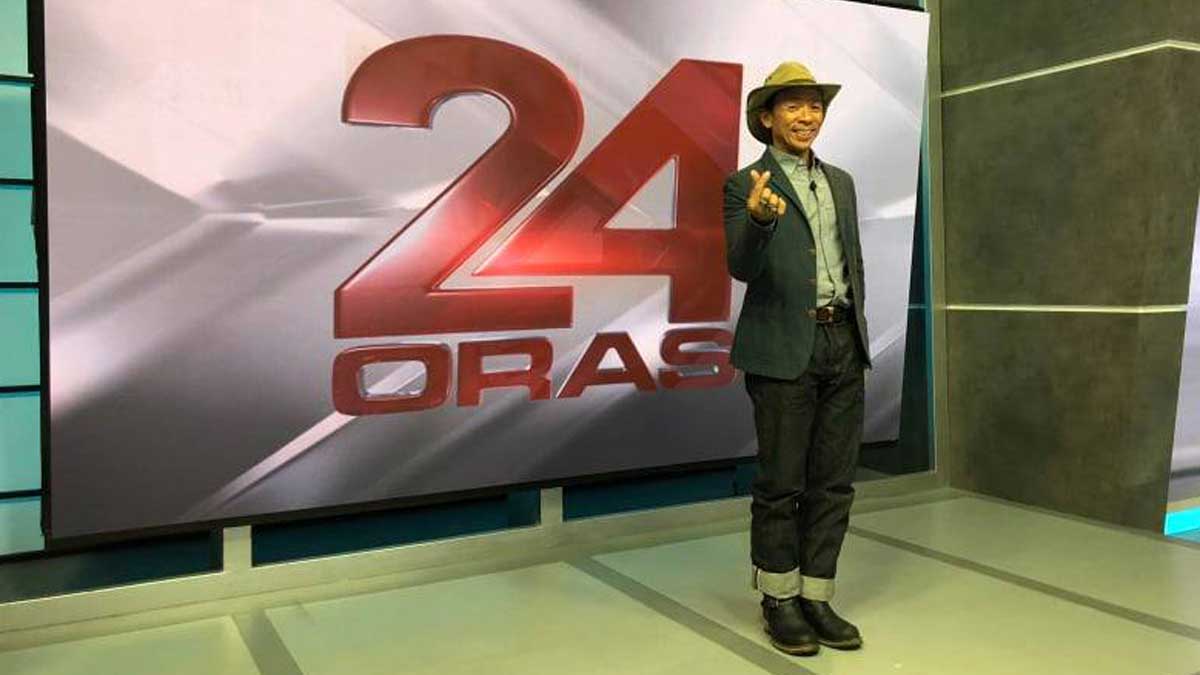 Months later, he was spotted with the executives of ABS-CBN.

Piolo officially made his ABS-CBN comeback on September 16, 2021.

One of his first projects in ABS-CBN pairs him with Lovi Poe, as they headline the upcoming adaptation of the Korean drama series Flower of Evil. He is also slated to do a sitcom with Angelica Panganiban.

Even though he is now with ABS-CBN, Piolo is still a producer of TV5’s Nina Nino starring Maja Salvador. 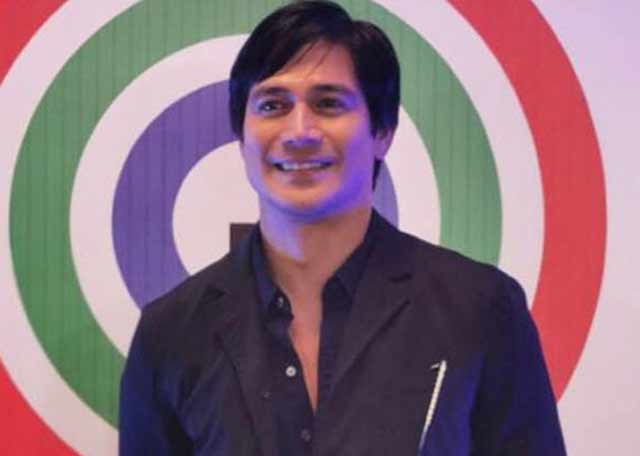 In 2020, Pokwang spent most of her time doing shows for TV5 after her ABS-CBN teleserye, Make It With You, was shelved due to the pandemic.

After her last TV5 project Fill In The Bank ended in March 2021, there was already a rumor that Pokwang might transfer to GMA-7.

In June 2021, Pokwang posted a “back to work” photo inside a dressing room that netizens assumed to be inside the GMA Network building. In the comments section of her post, Kapuso actress Carla Abellana welcomed Pokwang to GMA-7.

The comedienne signed a management contract with GMA Artist Center on June 18, 2021. One of her first appearances was in The Boobay and Tekla Show. Later, it was announced that Pokwang will be part of Pepito Manaloto: Unang Kwento and All-Out Sundays.

In an exclusive huddle with the editorial team of PEP.ph after her contract signing, Pokwang said that her transfer to GMA-7 was already planned even before the pandemic and the ABS-CBN shutdown in 2020. 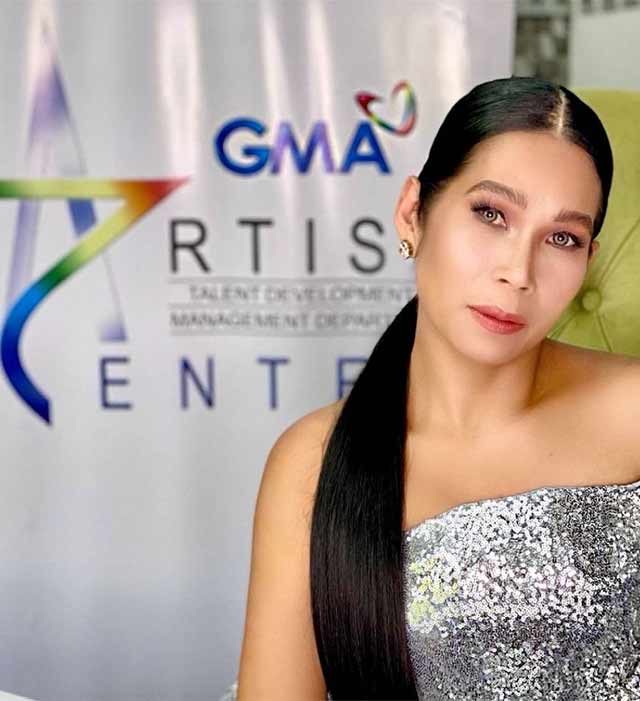 In March 2021, Xian Lim hosted the TV5-VIVA show 1000 Heartbeats. It was his first project outside ABS-CBN.

When the show ended its run in June 2021, news of Xian's network transfer plans spread through the showbiz grapevine.

Xian then did appearances in GMA-7 specials, such as an event for an online shopping platform and the 2021 Miss World Philippines pageant.

His inclusion in the series and transfer to GMA-7 was confirmed when he attended the story conference of Love. Die. Repeat. in August 2021.

Xian and Jennylyn had already started taping for the project when the show was postponed because of Jennylyn's pregnancy.

He was then assigned to a mini-series titled False Positive, where he is paired with Glaiza de Castro.

Beauty Gonzalez started the year with two TV5 projects: I Got You and Paano Ang Pangako?

When these shows wrapped up, GMA-7’s official website announced that the actress is set to star in a teleserye in the Kapuso network.

On June 11, 2021, Beauty inked a program contract with GMA-7 for the Afternoon Prime mini-series Loving Miss Bridgette with Kelvin Miranda. The series ended with high ratings in October 2021.

Beauty has now started taping for a new mini-series, AlterNATE, where she is paired with Dingdong Dantes. 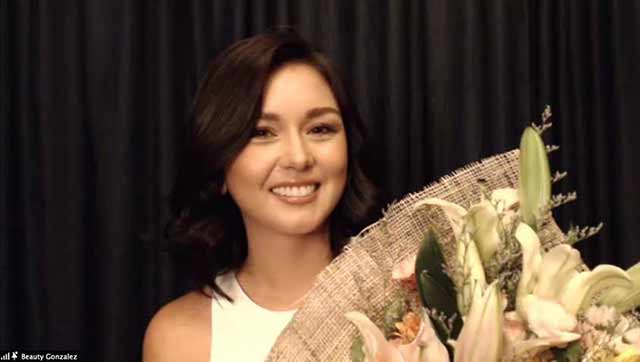 14 years after his last project with GMA-7, Albert Martinez made his comeback as a Kapuso in February 2021.

Albert accepted the offer to portray a role in the afternoon series Las Hermanas, where he was paired with newbie actress Faith da Silva.

The project is currently airing on GMA Afternoon Prime.

Aside from Las Hermanas, Albert is seen in GMA-7’s Christmas station ID with the stars of Voltes V: Legacy, Martin del Rosario and Gabby Eigenmann.

Netizens then assumed that he might be included in the series, which GMA-7 has yet to confirm. 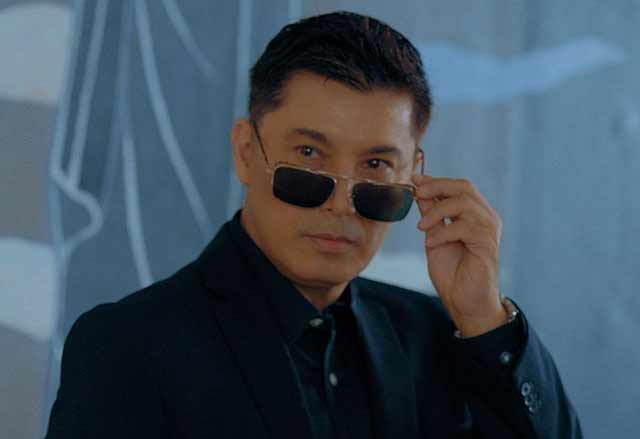 Prior to becoming a Kapuso, Luke was a discovery of It’s Showtime via its “Gandang Lalaki” segment. He later became a part of the show’s all-male group, Hashtags.

As a Kapuso, Luke had already appeared in the shows Wish Ko Lang and Stories from the Heart: Never Say Goodbye. 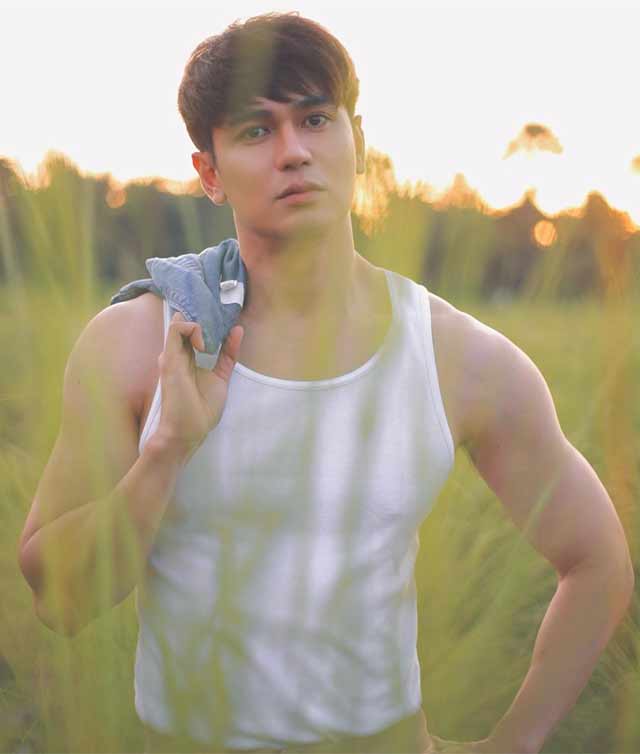