Geneva Cruz does first bed scene in 33 years of her career; shows daughter her kontrabida role 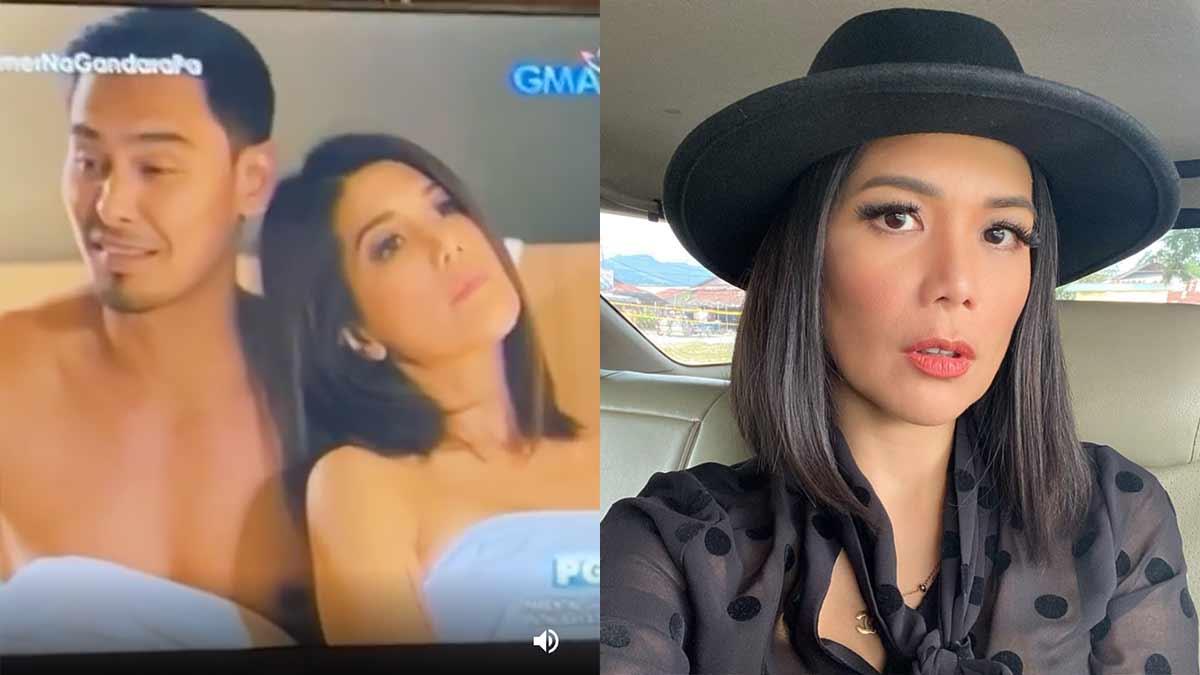 Geneva Cruz does something for the first time in Little Princess: "This was my first bed scene, as in scene sa bed lang pala so… yahooo. Hehe!"
PHOTO/S: @genevacruzofficial on Instagram

In a video she posted on Instagram today, January 12, Geneva showed London her scene from the GMA Afternoon Prime series Little Princess.

It was a bed scene between her and actor Marx Topacio, and Geneva had to smoke for the scene.

In the video, Geneva can be heard telling her daughter, “It’s acting, okay? That’s acting, baby.”

London asked her, “Why do you have to be mean?”

Geneva then explained, “Mommy’s work is to pretend on TV.”

London told her, “Smoking is bad, too.”

In her caption, Geneva said that she thought she was already prepared about London’s reaction to her kontrabida role.

She wrote, “I thought I was ready for my daughter’s reaction, but I really wasn't. But in a way, I’m glad that my @londonleecruz knows that being a mean person is not to be cheered upon, and though not all people who smoke are bad... cigarette smoking really is dangerous to your health, plus, it stinks! Hi, Direk @jepoyhidalgo… love you! Haha!”

The “Anak ng Pasig” singer also revealed in the caption that it was actually her first time to do a “bed scene” in her 33-year-old career.

Geneva continued, “FYI: I’ve been in this business for 33 years, and this was my first bed scene, as in scene sa bed lang pala so… yahooo. Hehe!

“Thankful to Unit 2’s super director Linette [Zurbano] and my co-actor @marx_topacio for their patience in guiding me.”

In Little Princess, Geneva plays the role of Odessa Montivano, the wife of Marcus (Jestoni Alarcon).

She is the kontrabida in the life of Princess (Jo Berry), the daughter of Marcus to his mistress, Elise (Angelika dela Cruz).

Little Princess is Geneva's acting comeback after 16 years. Her last teleserye was the telefantasya Encantadia in 2006 where she played Sari-a, the gabay-diwa of the earth gem.

It is also her reunion project with Angelika, whom she worked with in the 2001 prime-time series Ikaw Lang Ang Mamahalin. Geneva was also a kontrabida to Angelika at the time, where they played rival singers.