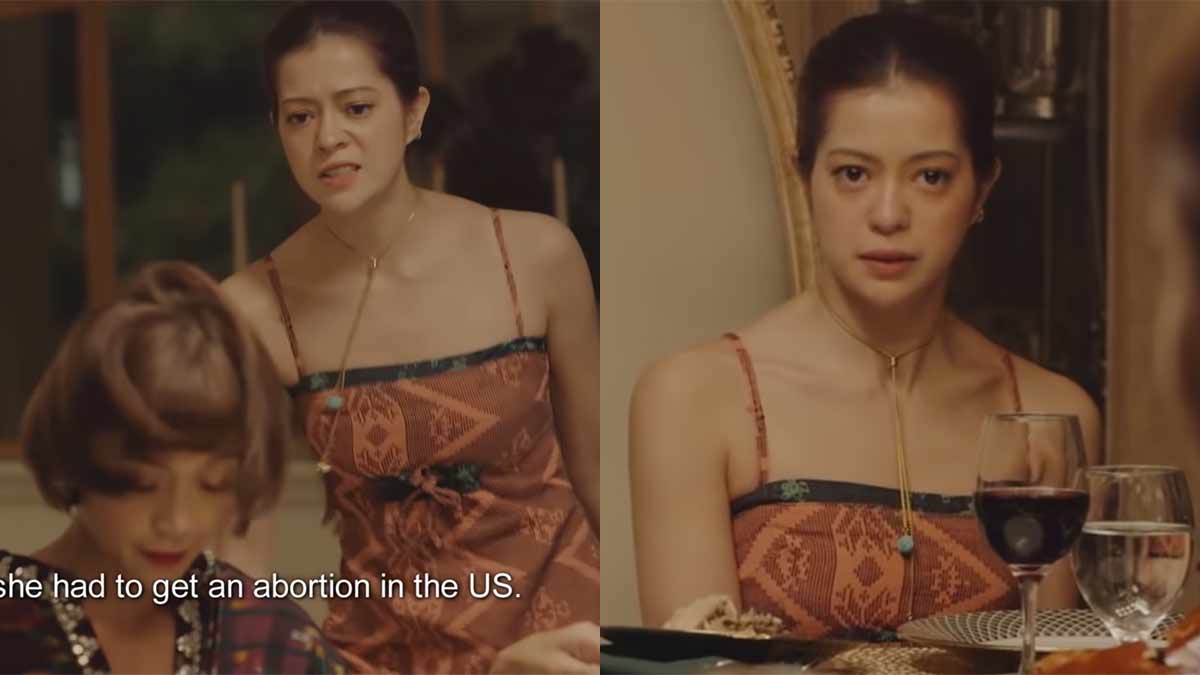 The scene? To hit co-star Jodi Sta. Maria's head during a confrontation.

In a media conference for The Broken Marriage Vow on Wednesday, January 12, 2022, Sue admitted to feeling uneasy about hitting Jodi in the head, even if it is needed in the scene.

Sue then revealed that although she hesitated, it was Jodi herself who gave the go signal.

She narrated, “I was really hesitant to do it. I wanted na i-jerk. Kaya naman siguro naming i-acting na lang ni Ate Jodi.

The scene in question is present in all versions of Doctor Foster, including the most recent Korean version The World of the Married.

A big confrontation ensues when Jill reveals to Lexy's parents (played by Rachel Alejandro and Art Acuna) that their daughter is having an affair with David, and that she went to the States to have their baby aborted.

Upon hearing Jill, Lexy completely loses it and hits Jill on the head before walking out of the family dinner.

In the end, Sue was able to nail the scene in just one take.

It is set to premiere on January 24, 2022 on ABS-CBN Primetime Bida, simulcast on Kapamilya Channel, Kapamilya Online Live, TV5, and A2Z Channel 11.