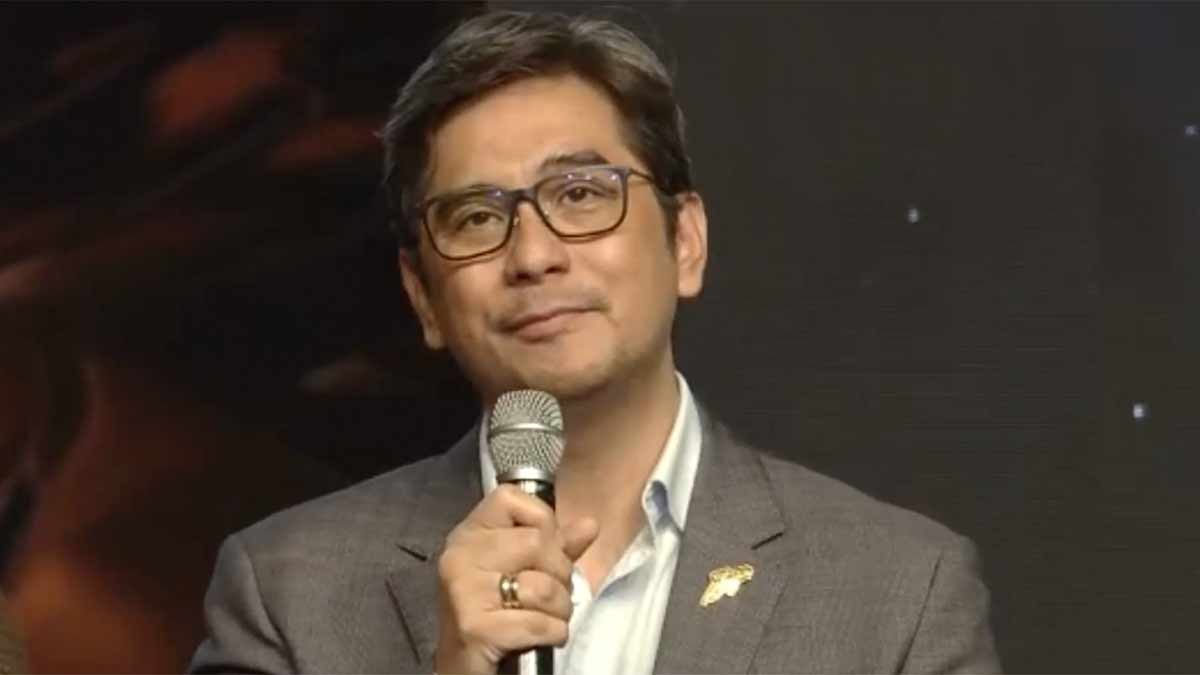 ABS-CBN executive Lauren Dyogi on the artists who stayed with the network: “I’d like to pour my energy and my focus and my love to the ones who are here kasi iyon naman ang importante, e, iyong kasama mo ngayon sa hirap at ginhawa.”
PHOTO/S: Screenshot from Kapamilya Strong event

ABS-CBN TV Production and Star Magic head Lauren Dyogi wants to focus on the artists who stayed with ABS-CBN.

He said this during the Kapamilya Strong 2022 media conference held earlier today, February 23.

Asked if the Kapamilya network still has a place for those who left, the ABS-CBN executive began, “Unang-una, I would always respect the decision of every individual kasi hindi ko naman hawak iyong buhay ng bawat isa sa kanila.

His mind is on the artists under his wing.

“I don’t like to even spend my energy and my time thinking about who left because they’ve decided to move on and left.

“I’d like to pour my energy and my focus and my love to the ones who are here kasi iyon naman ang importante, e, iyong kasama mo ngayon sa hirap at ginhawa.”

After what happened to ABS-CBN, he saw how loyalty came into play.

He said, “The loss of the franchise gave us a lot of insight into what’s important in our lives and who are the people who are also important and who value that relationship.

Going back to the question—can the former ABS-CBN stars still come back?

Dyogi answered, “In the future, I can’t say. Sino ba tayo? We don’t know what the future [is], what’s there.

He then reiterated how much the network values those who chose to stay.

“But for now, ABS will focus and Star Magic will focus on the artists who decided to stay and be with us and journey with us and commit to be part of this very interesting and very challenging [time].

Star Magic is set to celebrate its 30th anniversary this year. Some of its plans were presented during the press conference, including the return of Star Magic Games and ABS-CBN Ball in 2022.