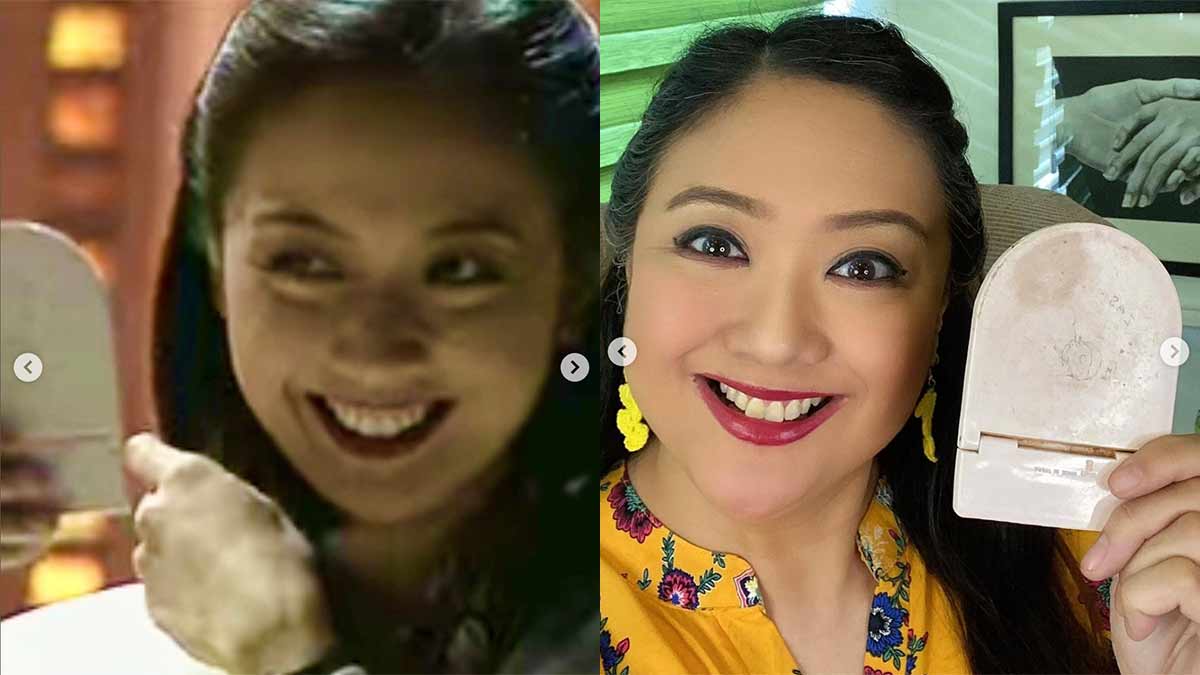 Christine Bersola-Babao shows the pocket mirror she always had to fix herself during her "good ‘ol days" anchoring a segment of TV Patrol. And guess what, "Buhay pa ang mahiwagang mirror!!
PHOTO/S: @christinebbabao on Instagram

On March 5, 2022, in time for TV Patrol’s 35th anniversary, Christine looked back on her days as part of ABS-CBN’s flagship newscast on Instagram.

She was part of the show's news team from 1993 to 1996, which she described as the “good ‘ol days” with “broadcasting icons” Noli de Castro and Mel Tiangco.

She posted a photo from behind the scenes of TV Patrol lifted from the Instagram account @90skabaklaan, which shows her looking at a pocket mirror and fixing herself.

Christine wrote, “March 2 was the 35th Anniversary of #TvPatrol. I was the #StarNews anchor in 1993-1996. @90skabaklaan posted this video on IG- behind the scenes before our Newscast.

Christine also recalled Mel teasing her and then ABS-CBN news anchor Julius Babao about the two of them looking good together.

It was probably pre-destined as Christine and Julius got married in 2003.

“Wow! Unforgettable and truly one of the highlights of my Broadcasting career!”

Christine also revealed she still uses that pocket mirror from the TV Patrol outtake! She even posted a selfie with it.

"Amazing that I still have it!! Natuwa lang ako that buhay pa ang mahiwagang mirror!!

“Cheers to #TvPatrol and how it changed the broadcasting and News landscape in the Philippines. #tvpatrol35”

Christine left TV Patrol after she and Julius were given their own morning show, Alas Singko Y Media in 1996. The show ran from 1996 to 2001.

Currently, Christine is active with her vlogs, while Julius anchors TV5’s Frontline Pilipinas.