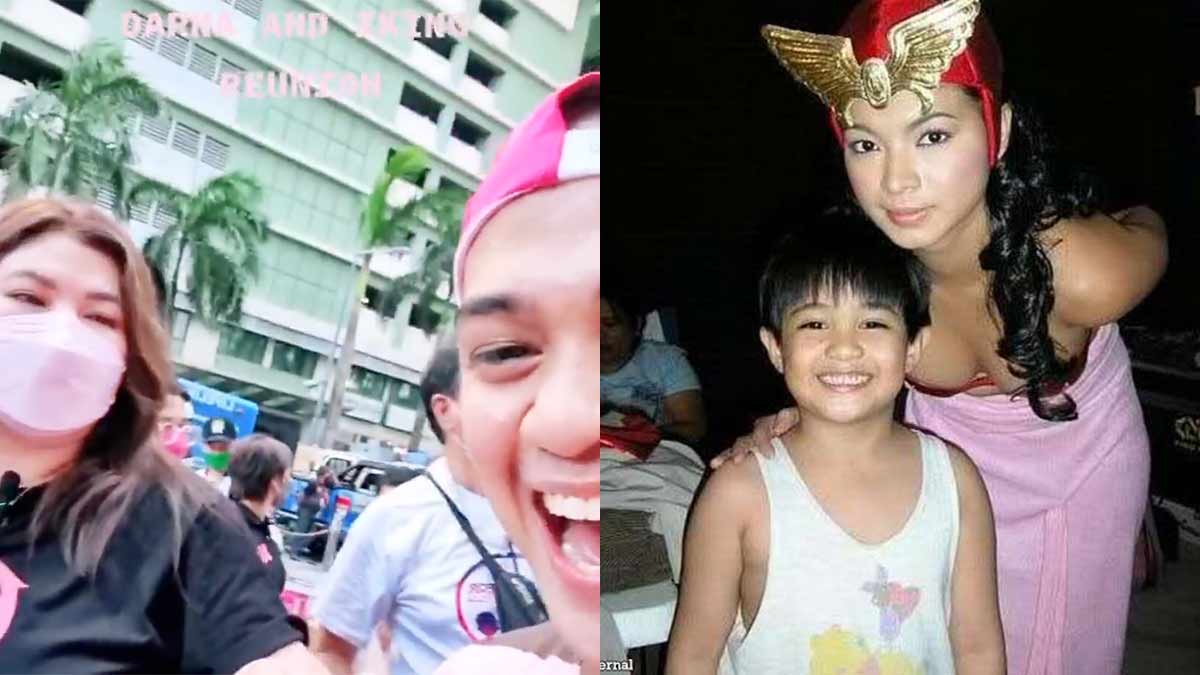 Angel Locsin and Francis Magundayao are elated to see each other again 17 years after their Darna days at the PasigLaban campaign rally of presidential aspirant VP Leni Robredo and her running mate, Senator Kiko Pangilinan.
PHOTO/S: @francisthe79th on Instagram / File

Angel Locsin got reunited with her Iking in Darna, Francis Magundayao!

Angel and Francis worked together in GMA-7's 2005 TV adaptation of Darna, where Angel played the role of the superhero Darna and her mortal alter-ego, Narda.

In the video, Francis was first seen looking at Angel as she shook hands with fellow Leni-Kiko supporters.

Francis even shouted “Darna!” as he pointed to Angel who was at his back, interacting with other people.

In the next clip, Angel and Francis had a short interaction where Francis reintroduced himself to Angel.

Pointing at himself, Francis told him, “Hello po. Iking.”

Francis then pointed again at Angel and shouted like a fanboy, “Darna!”

The video then showed Angel holding her placard, “Ma’am Leni, sa’yo na ang bato,” referring to the magical stone that the mortal Narda swallows whenever she transforms into the superheroine Darna.

Angel told Francis in the comments section of his post, “Nice to see you my iking! [pink heart emoji]” 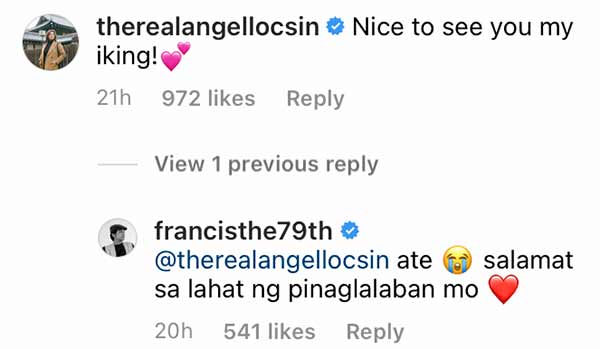 On Francis’ Instagram story, he posted a throwback photo of him and Angel in their Darna characters. 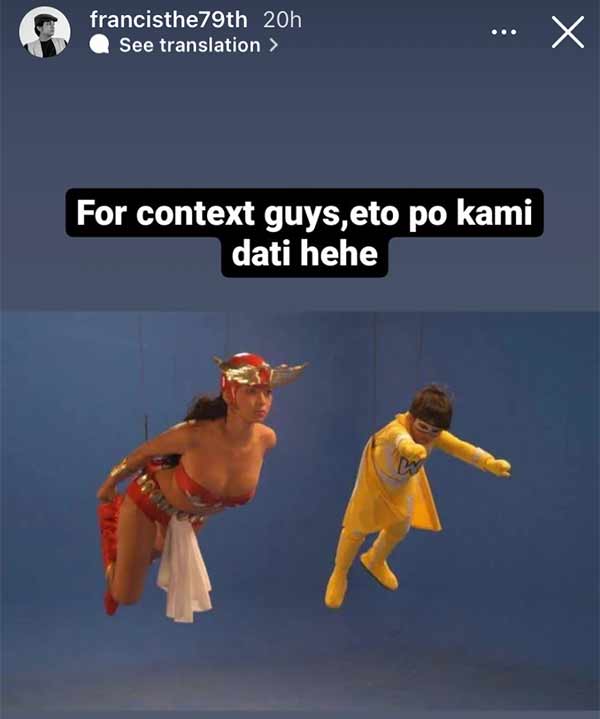 Angel also posted on her Instagram story her video with Francis. 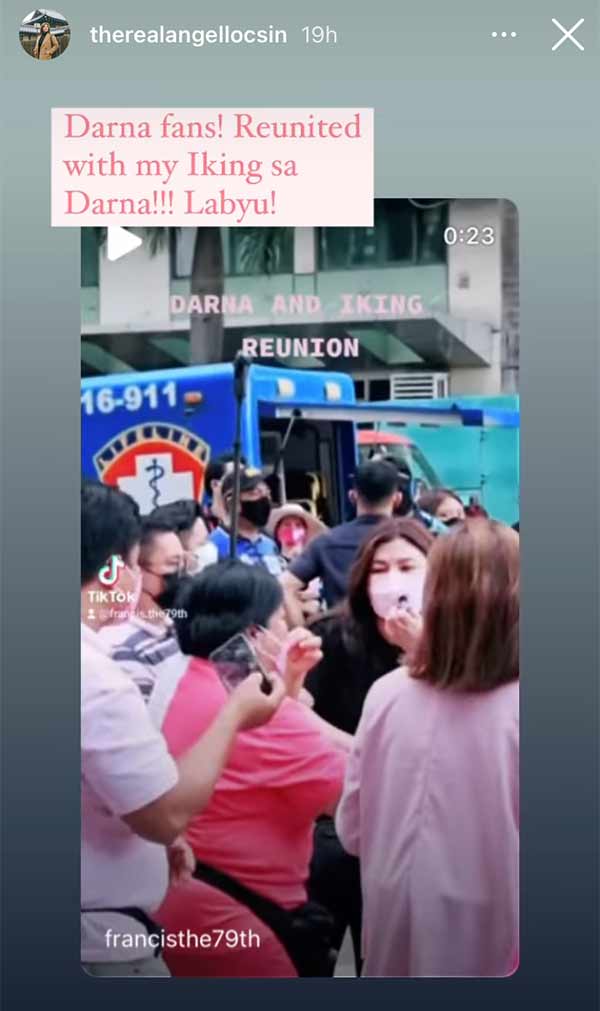 Angel also posted a throwback photo of her and Francis as Darna and Iking, which was posted by one of her fans. 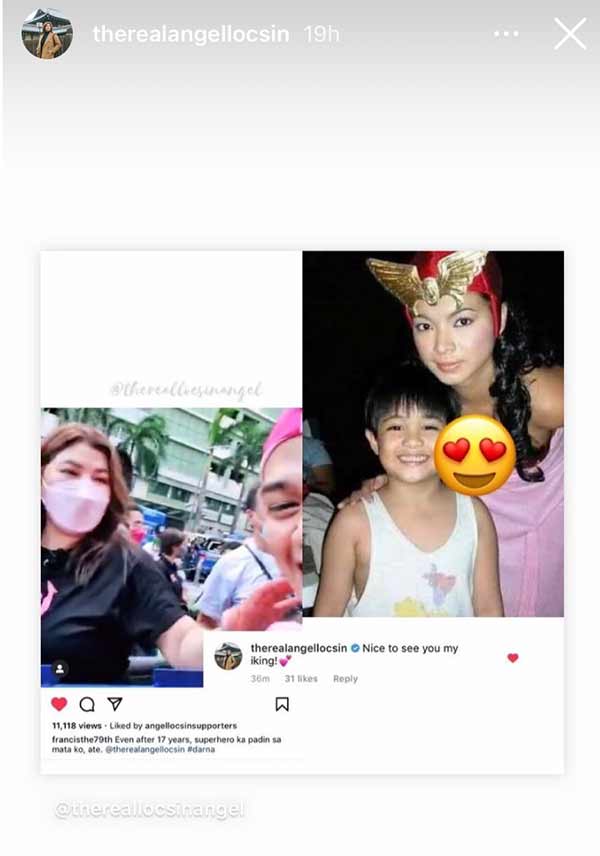 Apart from Darna, Angel and Francis were also able to work in another GMA-7 prime-time series, Asian Treasures, which aired in 2007.

Angel and Francis are just two of the celebrities who went to the Leni-Kiko PasigLaban campaign rally.

Some of the other celebrities who went to show their support for VP Leni and Senator Kiko’s bid are Jake Ejercito, Ben & Ben, Melai Cantiveros, Julia Barretto, Robi Domingo, Ebe Dancel, Elijah Canlas, Kokoy de Santos, and Donny Pangilinan, among others.