WHERE ARE THEY NOW: ABS-CBN singing competition winners (Part 1) 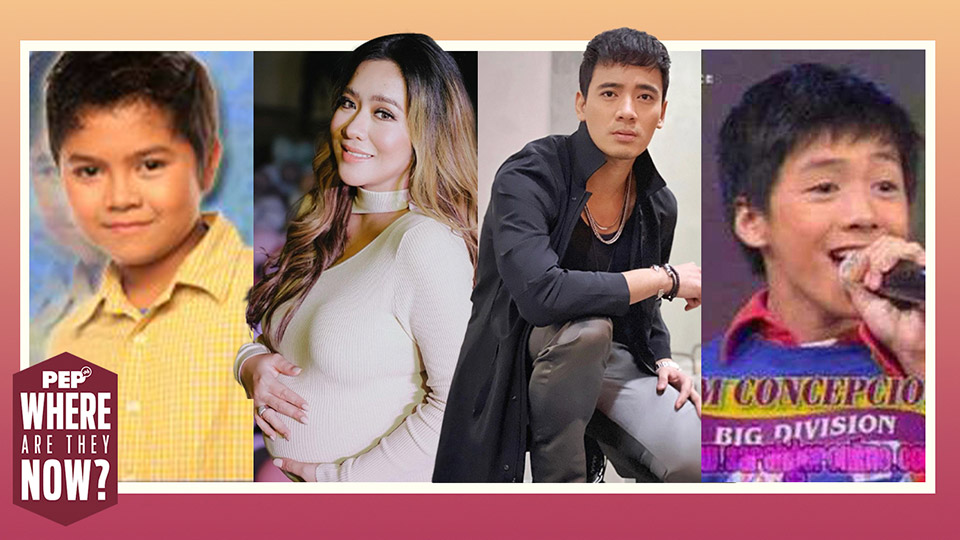 ABS-CBN has undeniably produced some of the best names in the music scene.

Some of these artists were discovered through reality-singing competitions that the Kapamilya network had produced through the years.

Most of the winners have remained active in show business while others decided to pursue other fields away from the showbiz spotlight.

PEP.ph (Philippine Entertainment Portal) presents the winners of ABS-CBN singing contest competitions and gives a quick glimpse into their current careers, years after their triumphant victories.

Erik Santos was declared the winner of Star in a Million’s first season in 2003, during its grand finals night on January 3, 2004.

Erik’s win came as a surprise because he was able to beat their batch’s consistent top-ranking finalist, Sheryn Regis, thanks to his rendition of Martin Nievera’s “This Is The Moment.”

He was then launched by his home network, ABS-CBN, as the “Prince of Pop.”

Through the years, Erik was able to record original and revival songs. One of his most famous songs is his rendition of Nexxus’ “I’ll Never Go,” which was used as the theme song of the K-Drama Stained Glass and the blockbuster movie One More Chance.

Erik’s songs were mostly used as theme songs of teleseryes, earning him the title “King of Teleserye Theme Songs.”

He also dabbled in acting, starring in several episodes of Maalaala Mo Kaya and the 2014 indie film S6parados.

At present, Erik continues to appear on ASAP Natin ‘To where he has been performing and hosting since his Star in a Million win. 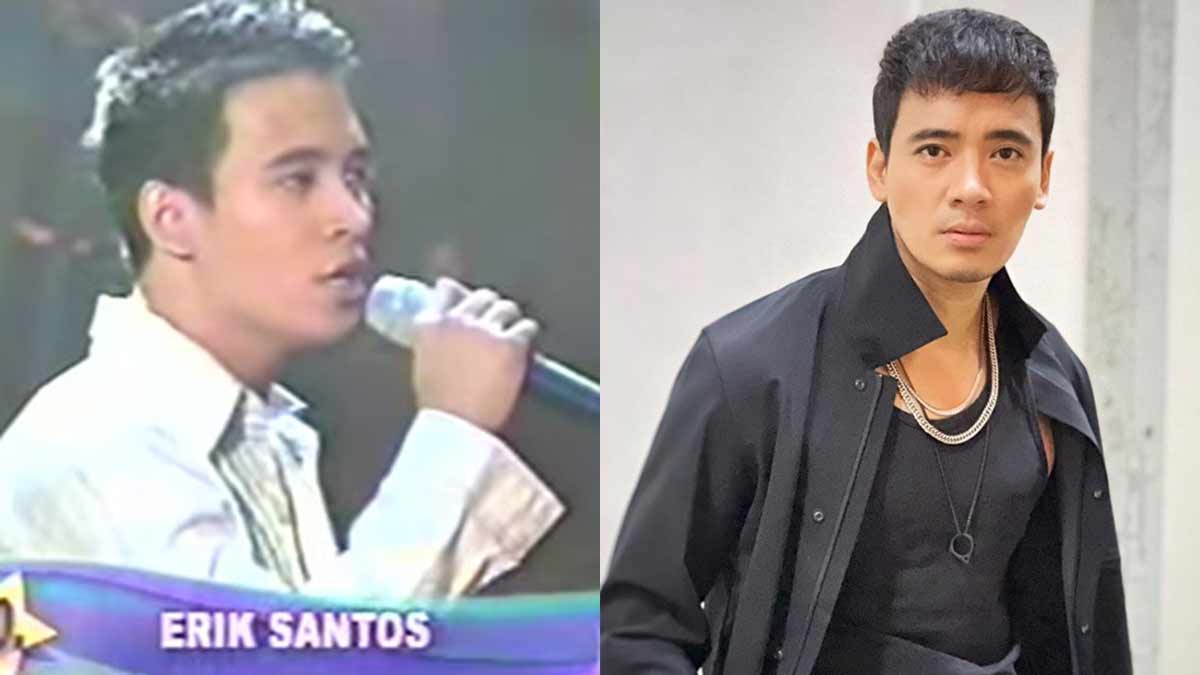 Frenchie Dy was declared the winner of Star in a Million’s second season on August 21, 2004, beating the other grand finalists OJ Mariano and Nyco Maca.

She had a promising career that included a hosting and performing stint in ASAP, but it came to a halt in 2006 when she was diagnosed with Bell’s Palsy.

Fortunately, Frenchie was able to recover and stage a showbiz comeback.

She has since focused on her acting career, and is currently part of the ABS-CBN sitcom My Papa Pi with Piolo Pascual, Pepe Herrera, and Pia Wurtzbach. 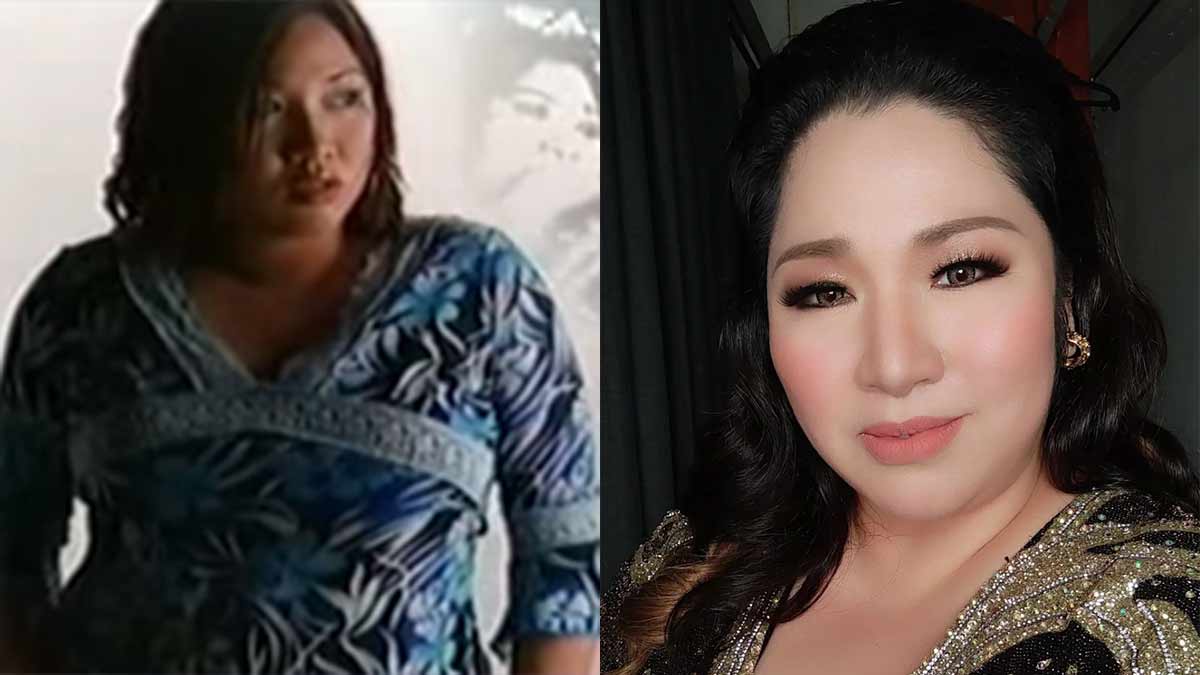 On March 27, 2005, Raki Vega was declared the grand winner of Born Diva. The show was ABS-CBN’s all-female singing competition where its finalists went through physical enhancements to become the next diva.

Her winning piece was the original song “Today.”

After Born Diva, Raki did not spend much time doing TV appearances, but she was able to record songs.

“Ikaw Ang Pangarap,” her duet with Martin Nievera, was the theme song of the 2008 prime-time series Lobo.

Raki also recorded an album of Barbra Streisand classic songs, including “All I Ask of You,” which was used as the theme song of the afternoon series Midnight Phantom.

For the past ten years, Raki has been based in Hong Kong and is a regular singer at Hong Kong Disneyland. She is also married and has one kid. 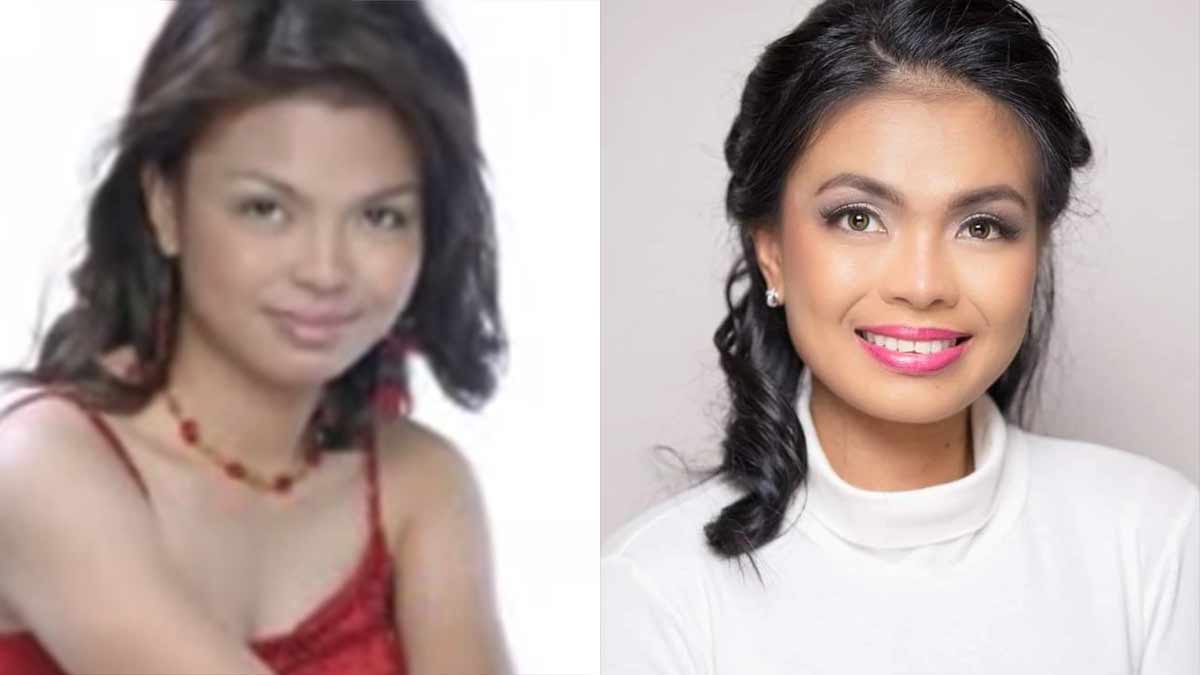 Jerome Sala was declared the grand winner of Search for the Star in a Million’s first season in 2005. He was able to beat grand finalist Nikki Bacolod at their last showdown.

After the competition, Jerome’s life story was dramatized on Maalaala Mo Kaya. He also became a regular performer on ASAP Natin ‘To.

One of the milestones of Jerome’s career was singing the theme song of ABS-CBN’s prime-time series, Gulong ng Palad, starring Kristine Hermosa and TJ Trinidad in 2006.

Despite his promising start, Jerome decided to leave showbiz.

Now married with one daughter, he is now based in Bohol.

He has also started his own YouTube channel where he uploads cover songs.

Jerome was present during the virtual reunion of Search for the Star in a Million in May 2020 hosted by their co-finalist Veejay Aragon. 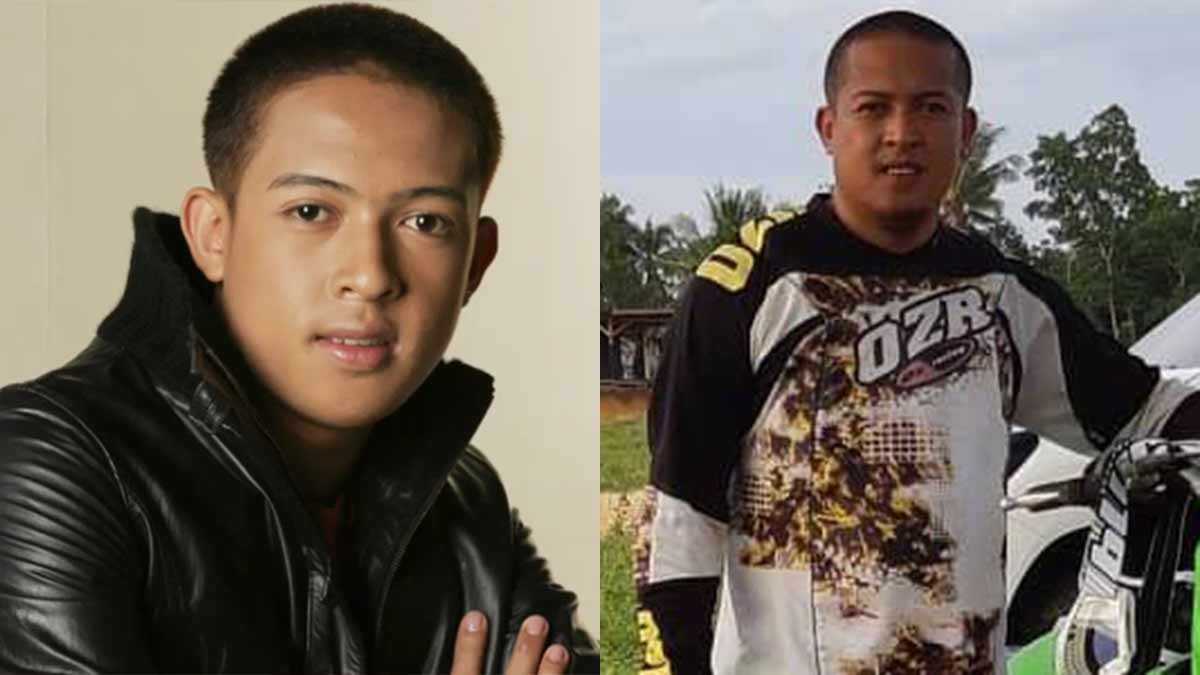 Kris Lawrence won the second season of Search for the Star in a Million (SFSIAM) in 2006. He won over Tata Villaruel, with whom he had a face-off in the final round.

After his SFSIAM stint, Kris popularized many hits, including “Kung Malaya Lang Ako” and his revival of “When I See You Smile.”

He also had a performing stint in ASAP.

In 2010, Kris left ABS-CBN and transferred to GMA-7 where he became a performer in Party Pilipinas.

He then became a freelancer in 2015, appearing in ABS-CBN and GMA-7 shows. In 2016, he teamed up with Kyla to record the song “Monumento,” which was a finalist in Himig Handog P-Pop Love Songs 2016.

Kris has a daughter with actress and ex-girlfriend, Katrina Halili. 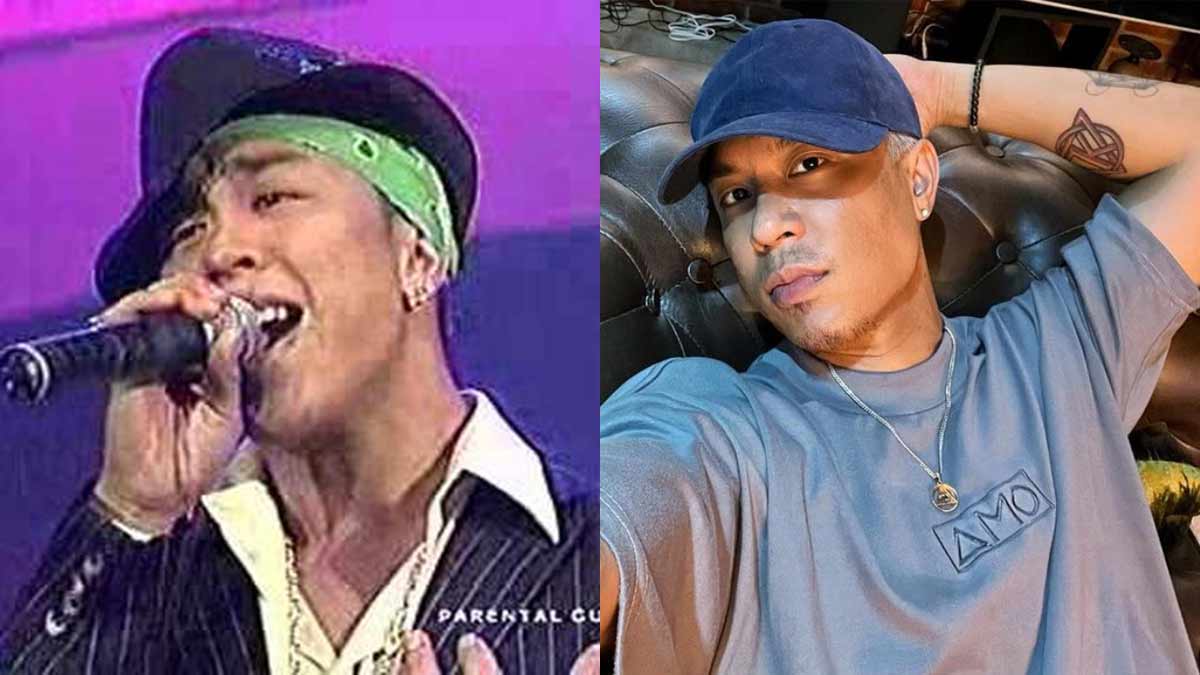 In 2009, at 12 years old, Rhap impressed international TV host Ellen DeGeneres when she saw him perform in a YouTube video. He was invited to guest in The Ellen DeGeneres Show, where he received a standing ovation.

In his teenage years, Rhap resumed acting and became part of the youth-oriented sitcom Luv U from 2012 to 2015.

On February 14, 2020, in time for Valentine’s Day, Rhap posted for the first time about his relationship with his non-showbiz boyfriend.

Rhap continues to be active on social media and his YouTube channel. 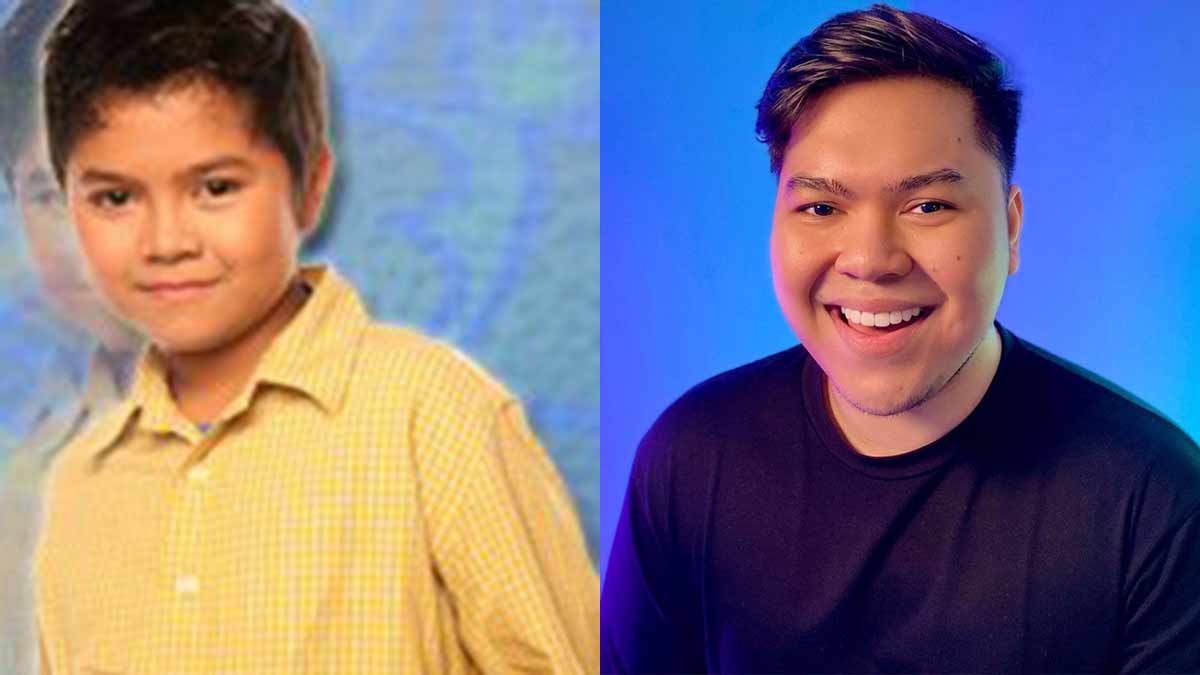 Sam Concepcion won the Big Division of the first season of Little Big Star in 2005. His co-finalist was Jake Zyrus (formerly known as Charice Pempengco).

With his win, Sam was able to release his singles and became part of ASAP.

In 2011, Sam was the opening act of Taylor Swift’s Manila concert. He also headlined the TV show Good Vibes with Enrique Gil and had a supporting role in Angelito: Batang Ama.

The following year, Sam made his big screen debut in the film I Do Bidoo Bidoo with Tippy Dos Santos. He also continued releasing songs and albums, and starring in TV shows like Mira Bella (2014) and You’re My Home (2015).

In 2017, from being a Star Magic talent, Sam signed with VIVA Artists Agency. But he remained a Kapamilya talent and played a major role in The Killer Bride (2019).

Sam is set to appear in the HBO series Halfworlds with Kapuso actress Bianca Umali. He is also the singer behind “Diwata,” which is trending on social media and has been used as the song for the swimsuit competition of Miss Universe-Philippines 2021. 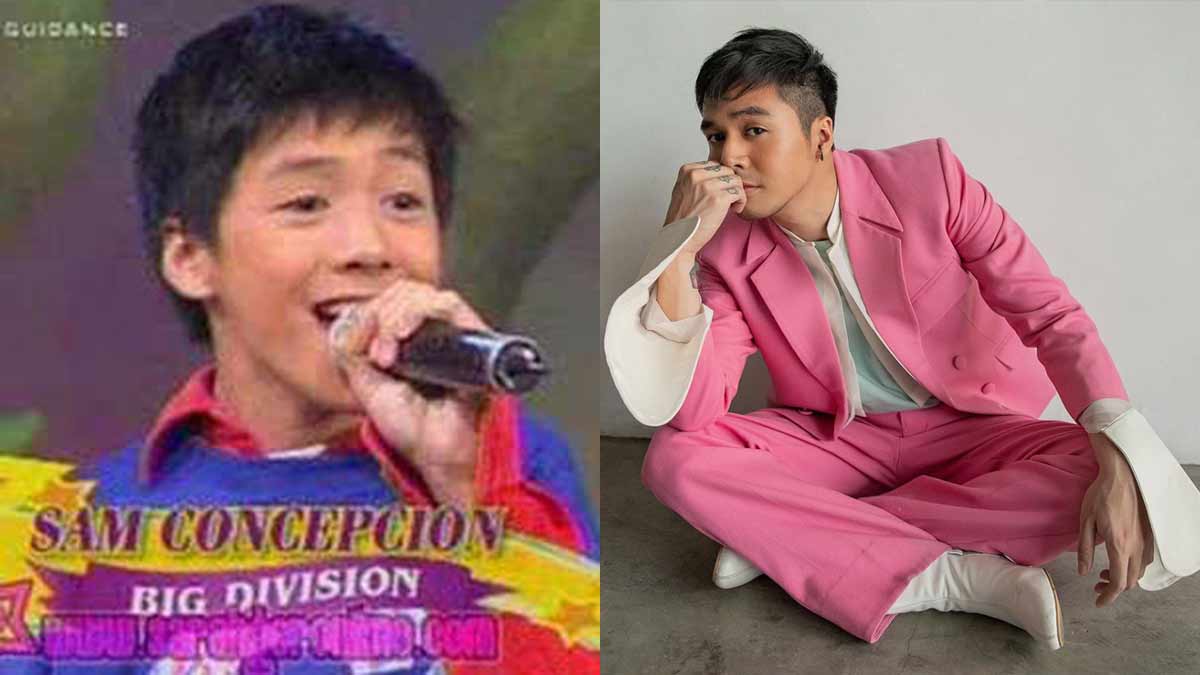 Robert Villar, Jr. was declared the winner of Liitle Big Star’s second season for its little division. But instead of singing, he became more focused on his acting career.

Using the screen name Buboy Villar, he did more TV shows in GMA-7. His most famous roles as a child star found him playing the child sidekick of Marian Rivera in her two shows: Dyesebel (2008) and Darna (2009).

In 2016, Buboy proposed to Angillyn Gorens, his American girlfriend. They have two kids: Vlanz and George.

However, Buboy and Angillyn’s relationship came to an end in 2020.

This 2022, Buboy is set to appear in the GMA-7 mini-series False Positive with Glaiza de Castro, Herlene Budol, and Xian Lim. 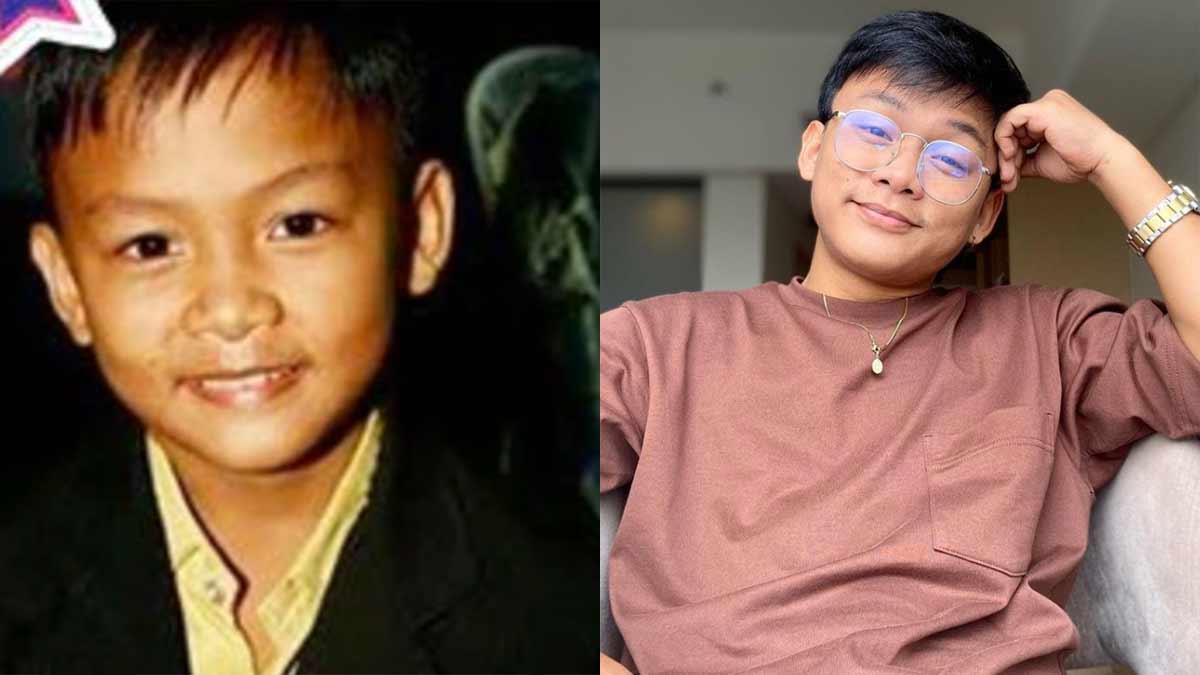 Angelie Urquico was declared the winner of the Big Division of Little Big Star’s second season in 2006.

A few years later, in 2009, Anja became a part of VIVA Artist Agency’s all-girl group, Pop Girls, with Nadine Lustre and Shy Carlos as her batchmates.

In 2011, Angelie changed her name to Anja Aguilar and released her self-titled album. Some of her songs were “To Reach You” and her revival of Willie Revillame’s song, “I Love You.”

She has also done acting projects for VIVA-produced shows like Class 3C Has A Secret.

At present, Anja continues to showcase her talent via the streaming app Kumu, where she does regular streams. 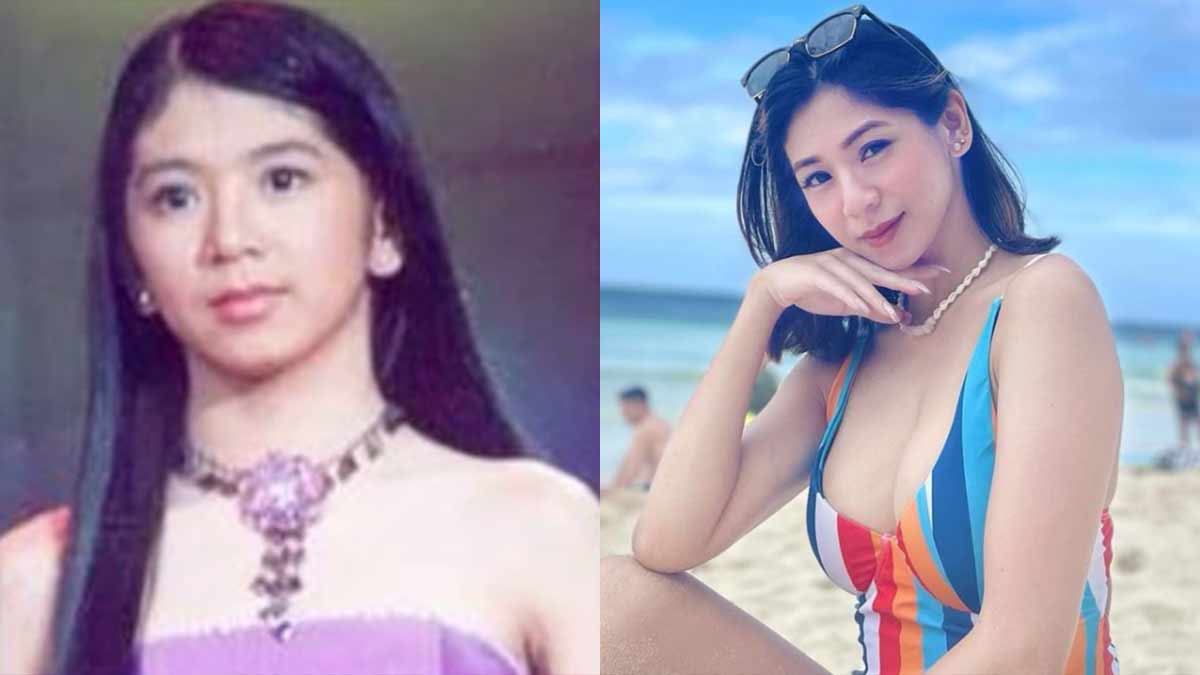 Some of his appearances included playing the young Jericho Rosales in the prime-time series Pangarap na Bituin.

However, Ronald did not pursue a full-time showbiz career.

In 2021, he gave showbiz another try when he joined It’s Showtime’s “Tawag ng Tanghalan.” However, he did not win the round.

Based on his Instagram bio, Ronald is now an electrical engineer and still sings in events. 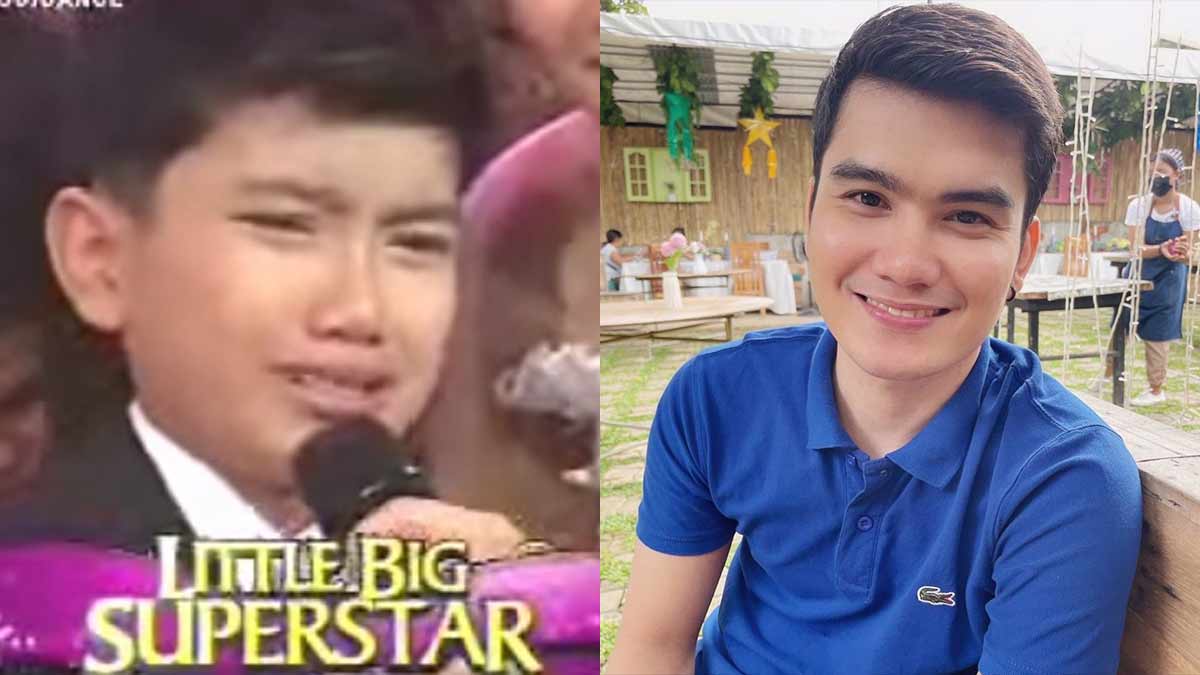 Yeng Constantino was declared the first Grand Star Dreamer of Pinoy Dream Academy during its first season in 2006.

A singer and songwriter, Yeng’s song inside the academy, “Hawak Kamay,” became popular and topped music charts in the Philippines.

Yeng has popularized several songs that she wrote and performed, including the 2014 song “Ikaw,” which was her song for her then-fiance, Yan Asuncion.

Yeng was also able to do shows as a TV and music personality, such as Music Uplate Live, We Love OPM, and The Voice Kids. She also served as a judge in Pinoy Boyband Superstar and It’s Showtime’s “Tawag ng Tanghalan.” 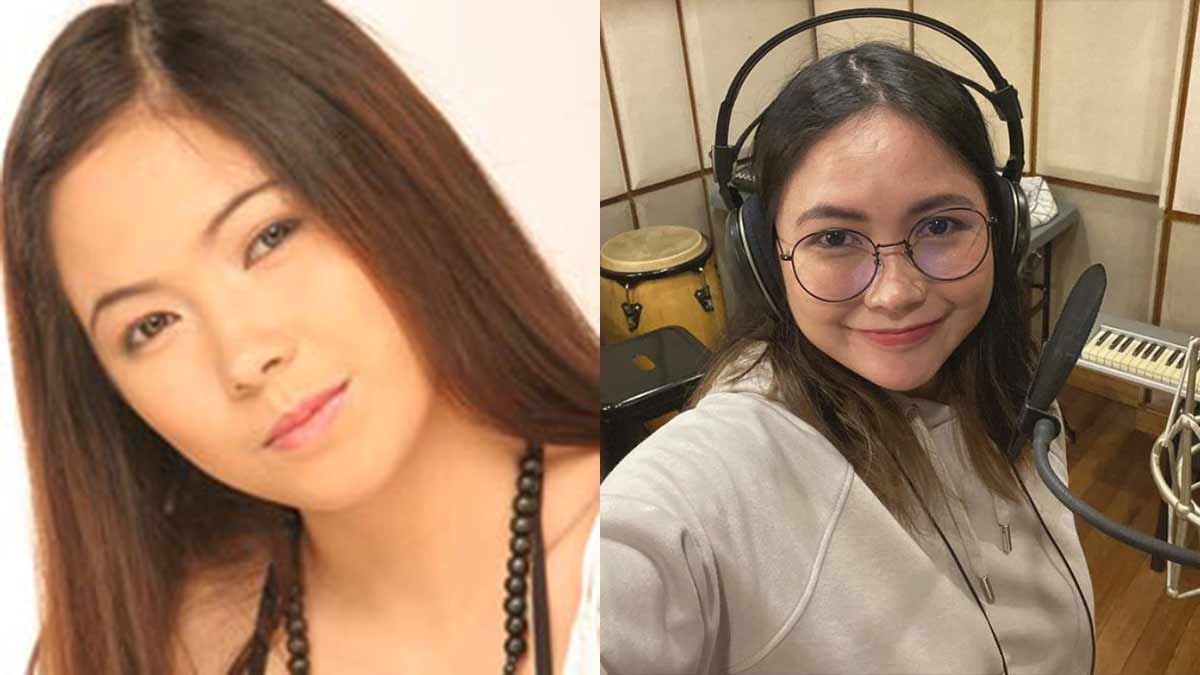 Laarni occasionally appears in TV shows. Her most recent appearance was as a guest singer in It’s Showtime’s “Hide and Sing” segment in 2020. 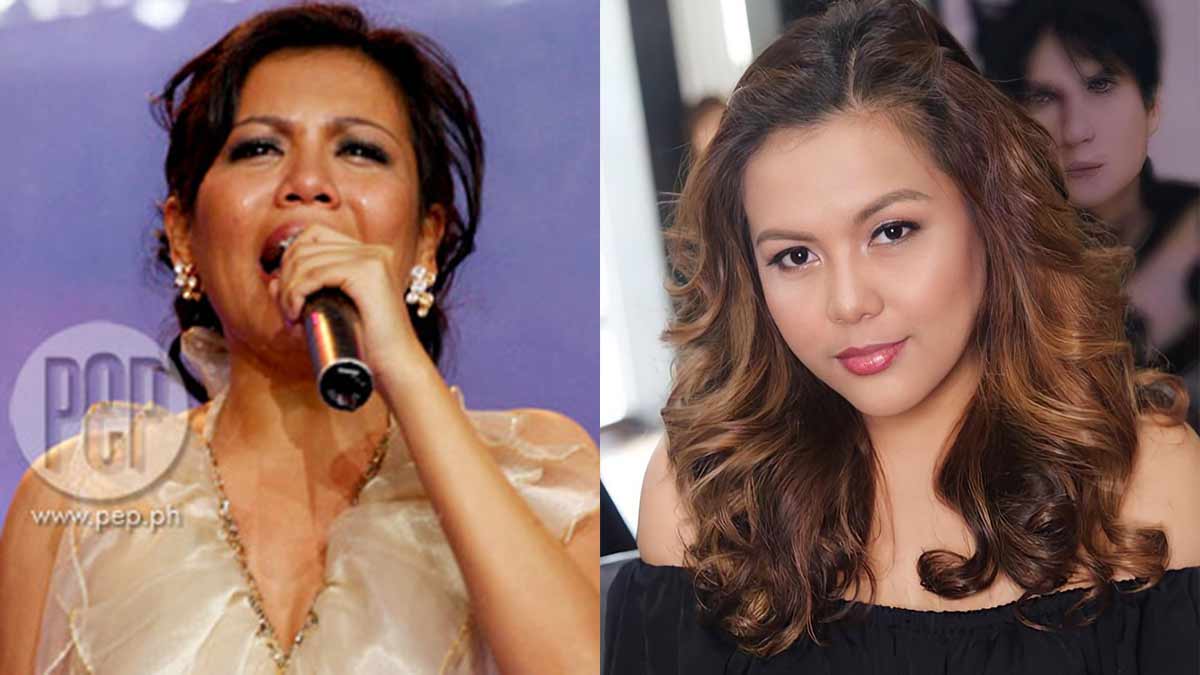 Prior to joining Star Power in 2010, Angeline Quinto was a suking kontesera.

Two of the contests she joined were Star for a Night in 2003 and Magandang Tanghali Bayan’s “Teen Popstar” in 2004.

But Angeline never gave up and in 2010, she joined Star Power, which was then hosted by Sharon Cuneta.

Angeline was declared the winner of the talent search in February 2011 and was groomed by ABS-CBN to become their next diva.

Part of her career development was singing theme songs for teleseryes.

During her first year in showbiz, she sang the theme songs of the teleseryes Maria la del Barrio, Reputasyon, and Saan Darating Ang Umaga, as well as the theme song of the talk show Kris TV.

As she continued to sing teleserye theme songs in her succeeding years in showbiz, Angeline earned the title “Queen of Teleserye Theme Songs.”

Angeline is in a relationship with her non-showbiz partner.

In October 2021, it was revealed that Angeline is expecting and about to give birth a baby boy anytime soon. 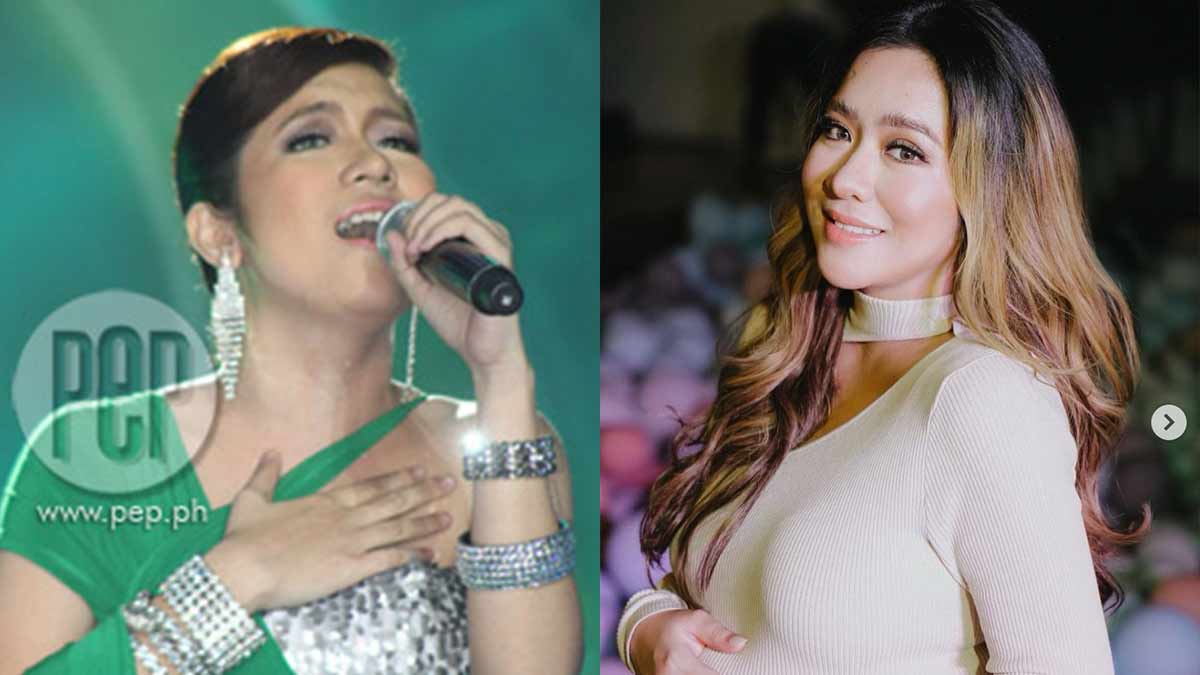