What made Carmina Villarroel do "kerengkeng" scene with Mike Agassi in Widows' Web? 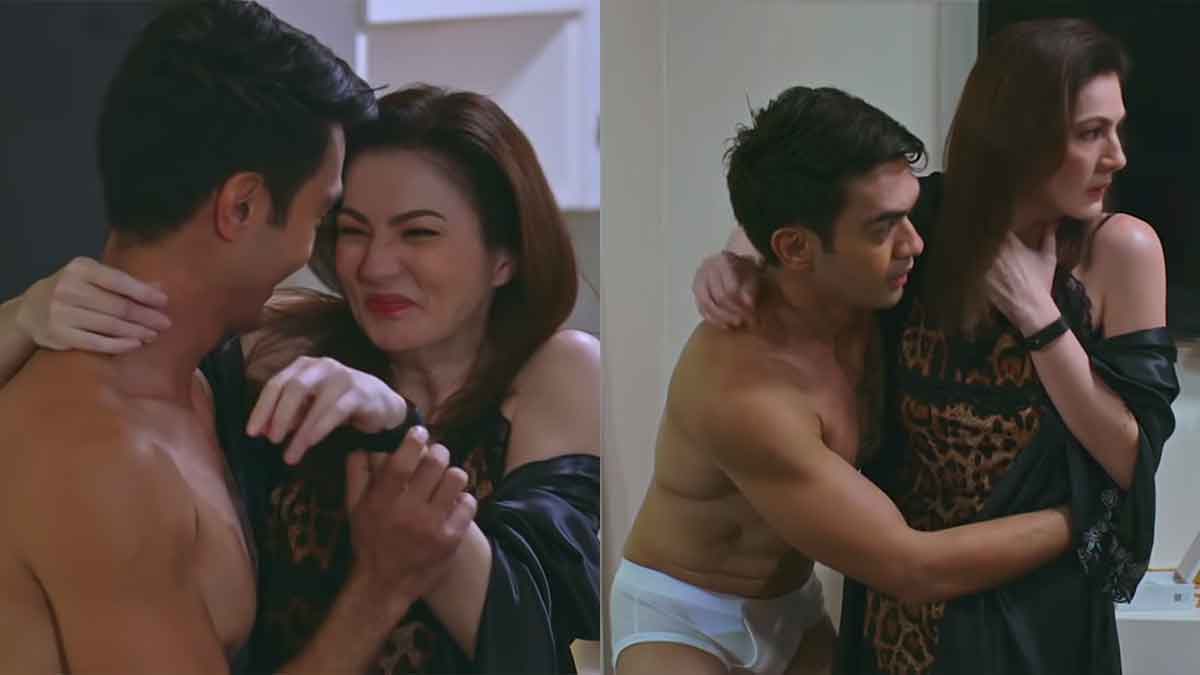 In the more than her three decades in showbusiness, Carmina Villarroel has had her share of doing shocking scenes in the various roles she plays on television.

In the GMA-7 prime-time series Widows’ Web, Carmina portrays Barbara Sagrado-Dee, a refined and well-mannered widow who comes from a rich family.

The story reveals that Barbara actually has a young lover named George (Mike Agassi), and he happens to be the coach of her son Jed (Anjay Anson).

When the affair between Barbara and George is revealed, many speculate that this may be connected to the mysterious death of Alexander Sagrado III (Ryan Eigenmann), whose killer is yet to be revealed.

Carmina’s role calls for many kissing and flirting scenes with Mike. 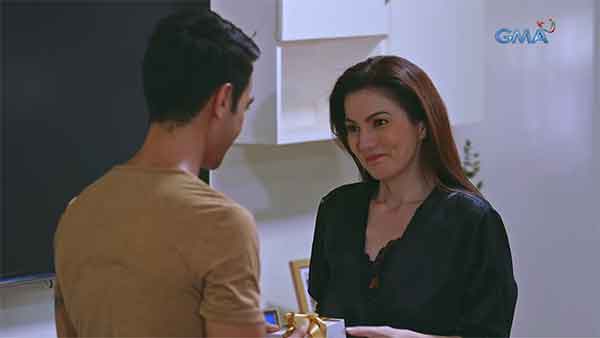 In an exclusive Zoom interview with PEP.ph (Philippine Entertainment Portal), the producers and creators of Widows’ Web said Carmina did not have any hesitations about portraying a rich woman with a young lover.

According to GMA's assistant vice president for drama Helen Sese, Carmina is very much taken by the show.

RJ Nuevas, Widows’ Web creative manager and veteran screenwriter, has a story that will prove Carmina’s love for the show.

But actually, Carmina almost did not make it to Widows' Web.

At the time of casting for the show, Carmina was still doing the mini-series The End of Us with Zoren Legaspi. It aired for three weeks in December 2021.

In the present set-up, GMA-7 is being careful about assigning projects to its artists, making sure they won't appear in overlapping series or would appear immediately in another show without having a break.

The producers of Widows' Web had to ask top management to allow Carmina to move to this project immediately after The End of Us.

"Buti pumayag yung management na segue siya from one show to another."

In Widows’ Web, Barbara has a scene having a stolen moment with George inside her room to celebrate their anniversary. 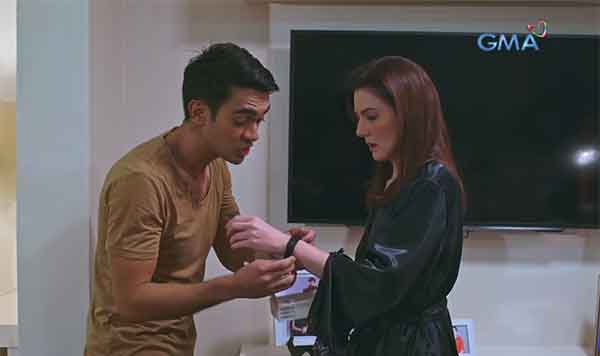 Barbara then teases him about making love by showing her leopard-printed nightgown. 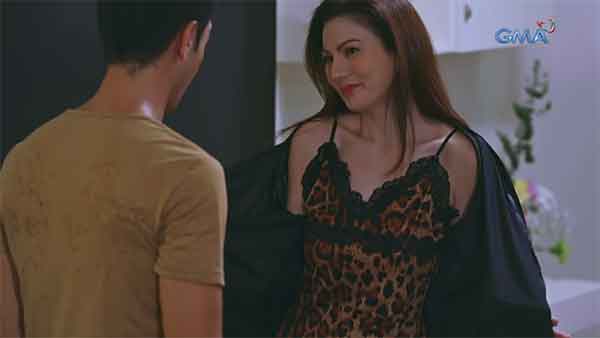 George starts kissing Barbara and soon strips down to his white briefs. 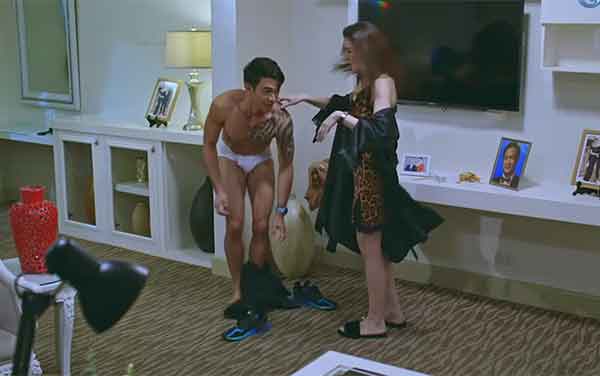 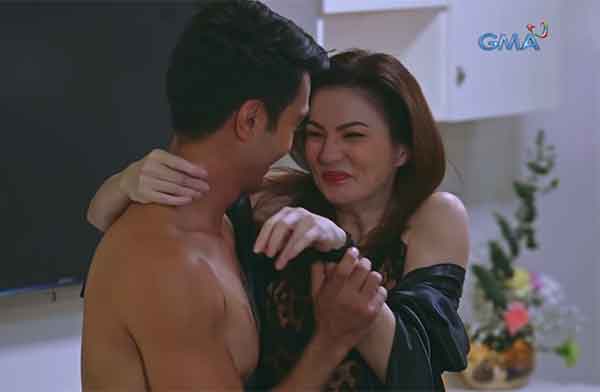 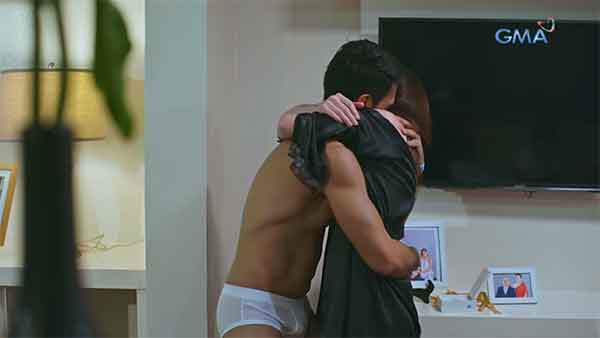 The steamy moment is interrupted by Hillary's (Vaness del Moral) knocking to call Barbara for dinner. 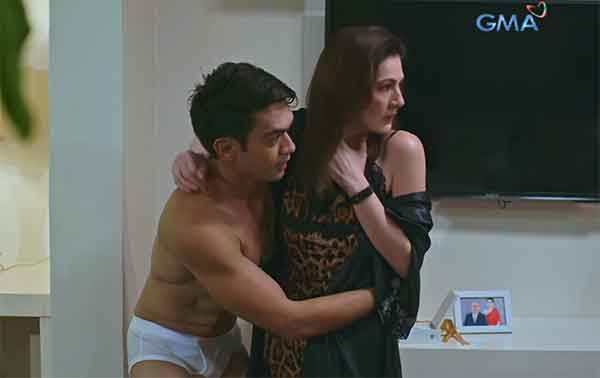 Clad only in his white briefs, George runs to the terrace to avoid being seen by Hillary. 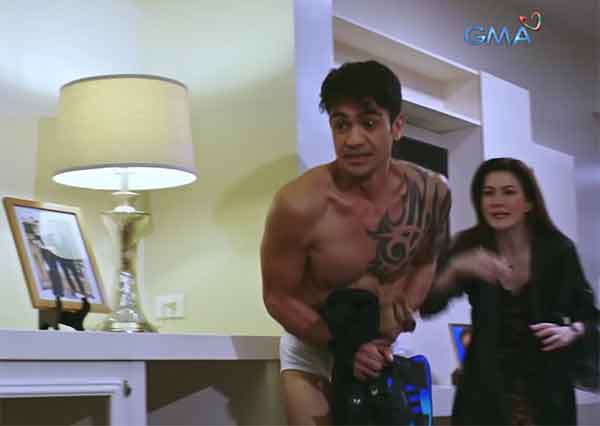 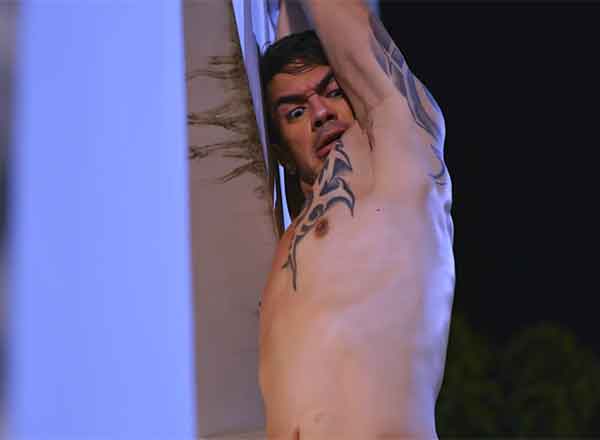 The next scene shows Geore dangling from a railing with Elaine in the scene! 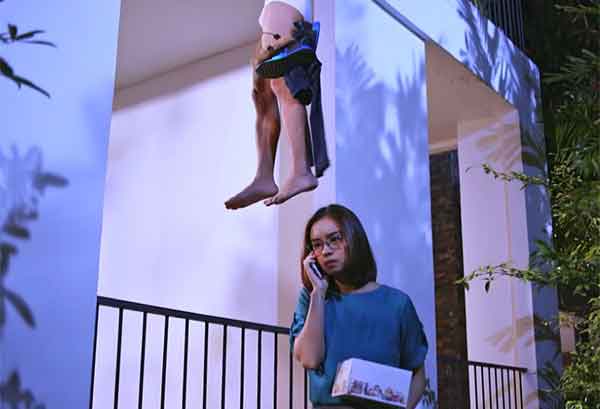 Although nothing very intimate and sensual happened in the scene, Carmina had to wear a nightgown and bare some skin.

During the Zoom interview, PEP.ph asked director Jerry Lopez Sineneng how he convinced Carmina to do the scene.

“Alam mo, I didn’t have to do anything, nag-blocking-blocking lang kami and no convincing needed.

"Kasi, I think, when Carmina commits to a role, and I’ve known her for a long time, magtatanong siya sa simula before you start the show.

Direk Jerry worked with Carmina in ABS-CBN shows like Esperanza and May Isang Pangarap.

In fact, as shared by Kaye, Carmina was guiding Mike throughout their sweet scenes.

As for Mike, Direk Jerry appreciated that he really prepared for his role, especially for that scene where he had to go topless.

STORY BEHIND THE SCENE

The part where Barbara has a lover is one of the twists that unfolded in Widows’ Web.

But apparently, it was already part of the story from the beginning.

RJ, as creative manager, was just surprised by the terrace scene of Mike.

Headwriter Ken de Leon then narrated how they came up with the script.

He explained, “Since we were confident with the story, it’s always about creating scenes na mataas ang entertainment value.

“This is what we meant when we said na ang mga characters namin ay hindi black and white, and a human can have vulnerability.

“Iyong vulnerability niya ay naipapakita niya sa kanyang lover. And, of course, we want to show it in a very entertaining way, na parang leopard print, Fitbit, and then, may lalaking naka-brief.”

Ken was honest to say that they were “worried” about mounting the "lambitin" scene.

Helen and Kaye even had a funny moment with Mike on the set while shooting the scene.

Widows’ Web, from the beginning, is only slated to run for nine weeks.

GMA-7 recently announced that the show is down to its last four weeks of airing.