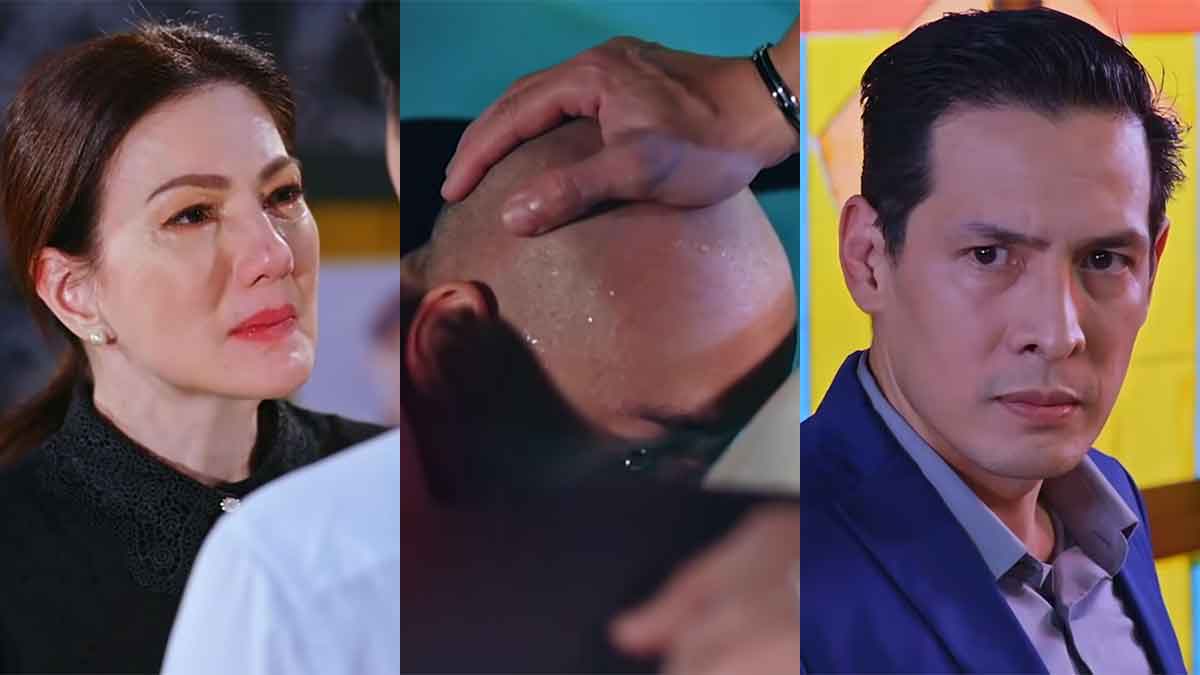 After nine weeks of airing, the show finally uncovered the mystery behind the death of Alexander Sagrado III (Ryan Eigenmann).

It was revealed that Alexander’s brother, Vladimir (Adrian Alandy), was behind the crime.

A flashback also revealed that Alexander was apparently alive after being shot and falling into the pool.

This was witnessed by another character who saw Alexander fighting for his life. But instead of helping him, the man drowned Alexander to death.

The series ended with the character giving an evil smile, knowing that he literally got away with murder.

How did the final episode of Widows’ Web with its big reveal fare in the ratings game?

Based on the NUTAM People Ratings data of AGB Nielsen, Widows’ Web got a TV rating of 12.2%.

This combined the ratings from its GMA-7 airing and its catch-up replay on Gtv at 11:30 p.m.

Meanwhile, The Broken Marriage Vow got a rating of 6.7%.

This combined the ratings from its simulcast airing on A2Z Channel 11 and TV5 on free TV and Kapamilya Channel on cable.

Although Vladimir claims he killed Alexander in self-defense, he is still jailed.

His conviction does not stop him from marrying Alexander’s wife, Jackie (Ashley Ortega), who suffered marital rape at the hands of her late husband.

The surprise guest at their wedding is Hillary (Vaness del Moral), who eventually becomes the bride's good friend.

Barbara (Carmina Villarroel), who is still mourning the death of her son Jed (Anjay Anson), is left alone in the Sagrado mansion.

She also finds out too late that her cold-hearted brother, Alexander, had loved her all along.

As it happened, when Barbara lost her late husband, her in-laws had wanted to be Jed's custodans. They deemed Barbnara unfit to take care of her child because she was an alcoholic.

But Alexander pulled out all the stops to make sure his sister would win the case.

Barbara goes to the Sagrado mausoleum to find some solace for the death of Jed, who warns her in a dream that things are far from over.

Atty. Boris (Christian Vazquez) wakes Barbara from her dream and confesses his love for her, and that he is willing to wait for her to be healed.

When they are about to leave the mausoleum, Boris looked at Alexander’s grave one more time.

Boris was the character in the flashback who drowned Alexander to death.