Here's what you need to know about Sang'gre, Encantadia spin-off 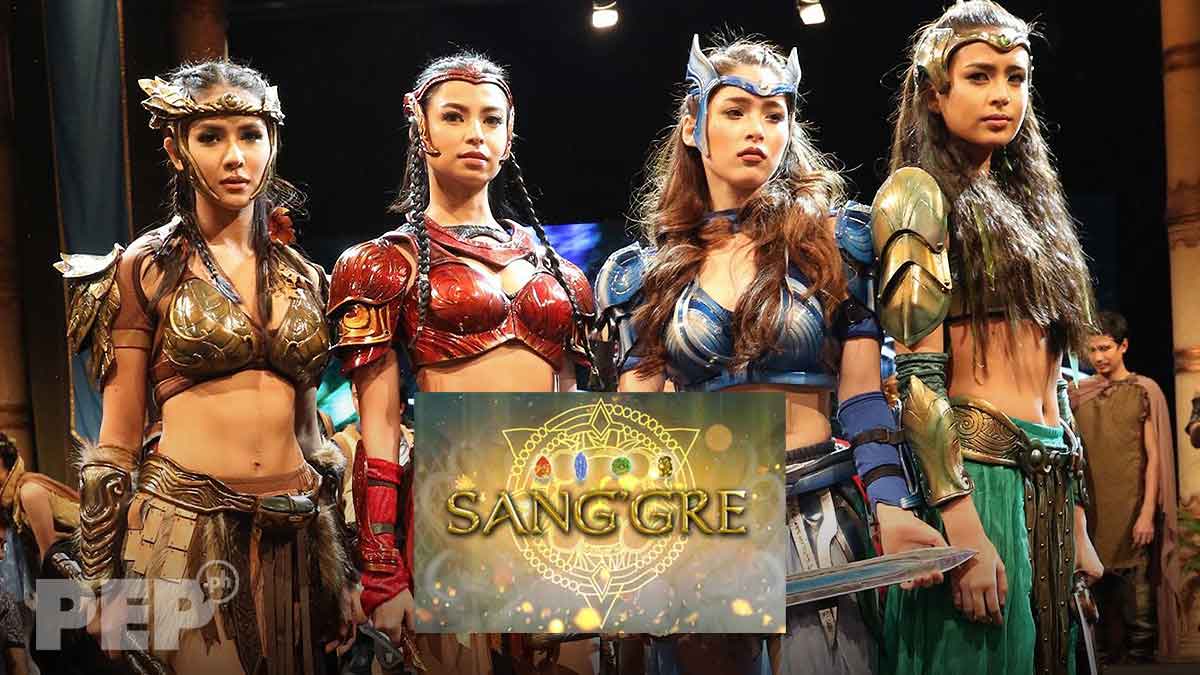 The well-loved Sang'gres of Encantadia 2016--(L-R) Sanya Lopez, Glaiza de Castro, Kylie Padilla, and Gabbi Garcia--may still be seen in the spin-off Encantadia Chronicles: Sang'gre. But they will be joined by another actress who has yet to be named! Who could she be?
PHOTO/S: Noel Orsal

Sang’gre is ready to take viewers back into the world of Encantandia anytime soon.

The Kapuso network announced in early 2022 that a spin-off to its epic telefantasya Encantadia is in the offing.

A press release from GMA-7 said Sang'gre centers on the story of a young girl who grows up in the mortal world, not knowing that she is the missing daughter of Sang'gre Danaya.

Currently, Sang’gre is in its creative development stage.

It was also previously revealed by GMA senior vice president for Entertainment Lilybeth Rasonable in a press conference that they have already chosen the actress who will portray the title role of Sang’gre.

But she has yet to be named.

When it comes to the show itself, PEP.ph (Philippine Entertainment Portal) recently had the chance to obtain a few details about Sang’gre during an exclusive Zoom interview with its creator, Suzette Doctolero.

According to Suzette, it was the ratings of Encantadia 2016’s rerun during the height of the pandemic in 2020 that urged them to create a spin-off.

When asked if PEP.ph can already share this info about the title, she said, “Puwede na ito, puwede na ito.

This could mean that aside from Sang’gre, they are planning to do more stories rooting from Encantadia.

Encantadia Chronicles: Sang'gre will also carry the events from the 2016 version, where the lead characters were respectively portrayed by Glaiza de Castro, Kylie Padilla, Gabbi Garcia, and Sanya Lopez.

But according to Suzette, Encantadia Chronicles: Sang’gre will focus more on the character of Danaya, played by Sanya.

After all, it was written in the first announcement that the Sang’gre in the title is Danaya’s daughter.

But she added that viewers will still see the respective stories of Pirena, Alena, and even Amihan, even though her character died in the 2016 version because Kylie got pregnant in the middle of doing Encantadia in 2017.

Of course, Suzette is also looking forward to seeing the actress who is chosen to play the title role of Sang’gre.