Actresses too young to play mother roles in teleseryes 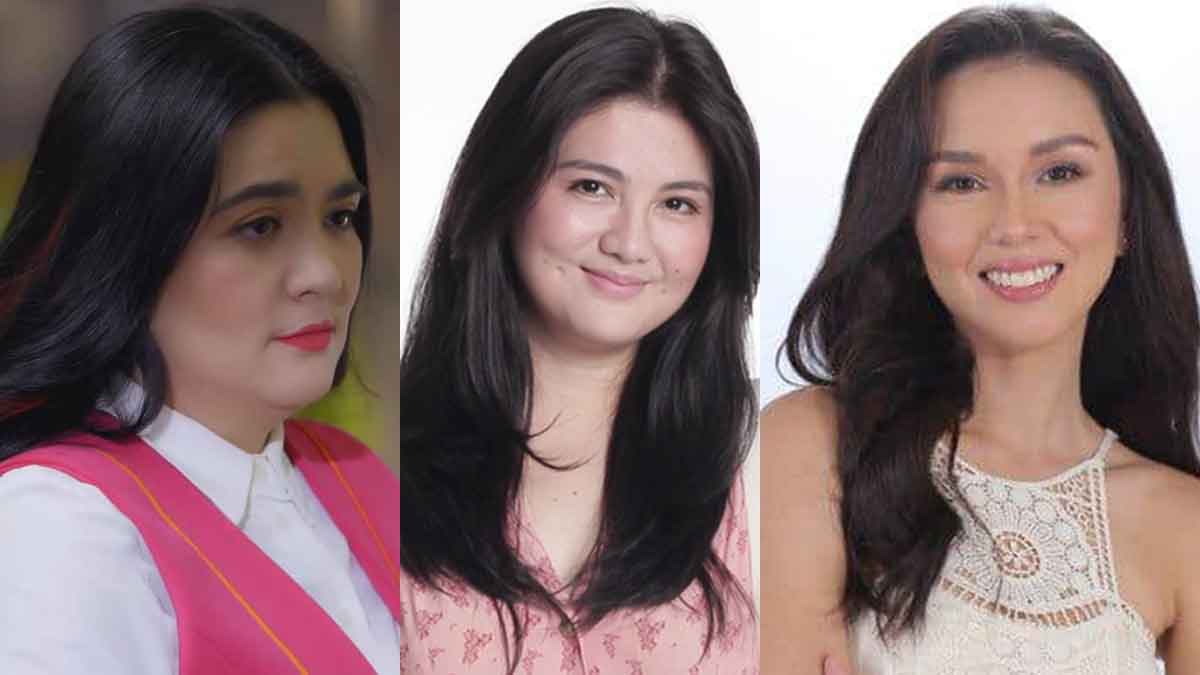 Age appropriateness for a role no longer matters on television as long as the actor can perform the character convincingly.

Case in point: these five actresses on the list of PEP.ph (Philippine Entertainment Portal) who took on mother roles when they were actually just a bit older, in extreme cases even younger, than the characters who played their children in teleseryes.

Dimples Romana was 25 when she first played her mother role as the evil mom of Jason Abalos in the 2010 prime-time series Agua Bendita.

During the time, Dimples was already a mom to daughter Callie, who was then seven years old.

In real life, too, the age difference between Dimples and Jason was only two months.

She would again portray a mom in 2010, this time to Kathryn Bernardo and Julia Montes, both 15 years old then, in the teleserye Mara Clara.

She said, “Yes, I’m comfortable. Kasi siguro dahil, even when I was younger, I already have that motherly, nurturing instinct in me.

“I’m sure you know a couple of ladies who are not married yet, but they already have that nurturing kind of feel.

“So, I think I’m really more of that. So, feeling ko nga rin kahit hindi ako mommy ngayon, if I reach this particular age and they ask me to become a mom, I think I would have said yes.”

There were two remarkable mother roles in the offing then for Dimples, the afternoon shows The Greatest Love (2016) with Joshua Garcia as her son and Kadenang Ginto (2018-2020) with Andrea Brillantes as her daughter. 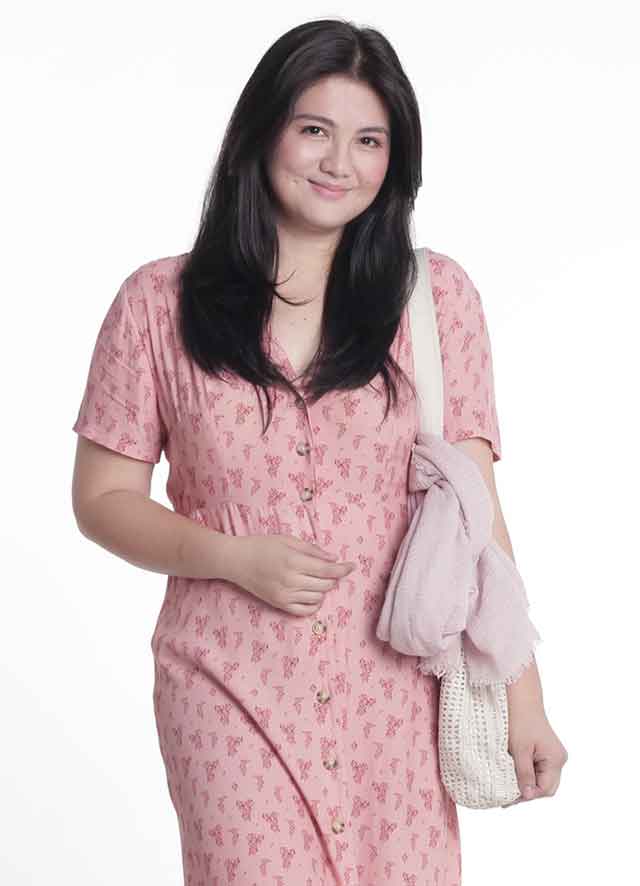 Angelika dela Cruz was already a mom to her eldest, Gabriel, when she accepted a mother role in the 2013 series Mundo Mo’y Akin.

In the series, she played Giselle (Angelika), an ugly woman who went through cosmetic surgery to become beautiful. She was then able to marry Ziggy (Gabby Eigenmann), a rich guy whose mother (Jaclyn Jose) looked down on poor and ugly people.

Much to the shock of her life, Giselle gave birth to an ugly baby. She then switched her baby to the child of her ugly friend, Perlita (Sunshine Dizon), who gave birth to a beautiful baby.

Giselle then raised Perlita’s child, Darlene (Lauren Young), but grew resentful of her, knowing she was not her real daughter. Instead, she became drawn to the ugly but kind-hearted Marilyn (Louise delos Reyes), her real daughter.

In an interview during Mundo Mo’y Akin’s press conference, Angelika revealed that she originally turned down the role.

But when the role and the story of the show were explained to her, Angelika finally accepted the role.

Now, at 40, Angelika has come to accept the improbable age gaps between what's real and make-believe. Her most recent role was as the mother of 28-year-old Jo Berry in the recently concluded series Little Princess. 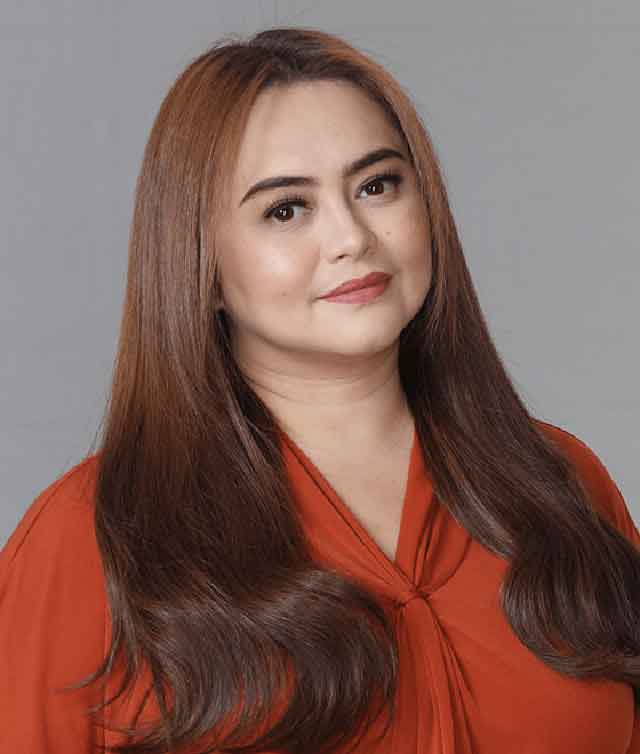 At the plum age of 17, Julia Montes portrayed her first mother role on television. It was in the prime-time series Walang Hanggan, where she was paired with then 31-year-old Coco Martin.

Julia played a 20-year-old mom in the series, which is relatively young but already of legal age to become a mother.

However, in these shows, it was only in Doble Kara and 24/7 where Julia had grown-up kids. In Walang Hanggan and Asintado, Julia only got pregnant and gave birth to a baby. 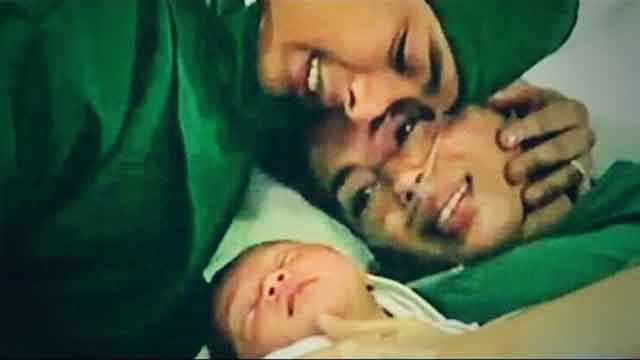 Sunshine Dizon’s first mother role was in the 2005 series Encantadia, where she played mom to Yasmien Kurdi. Sunshine was 22 and Yasmien was 16 at that time. However, the series was set in a fantasy world where their roles do not get old.

But a year later, in 2006, the 23-year-old Sunshine would become the mother to 17-year-old Yasmien and 16-year-old Lovi Poe in the prime-time series Bakekang.

In the show, Sunshine portrayed a woman who has always been ridiculed because of her appearance. She later gets pregnant and gives birth to fraternal twins: the beautiful Kristal (Lovi) and the ugly Charming (Yasmien).

In the story, however, Bakekang was already in her 40s when Charming and Kristal grew up to be teenagers.

During her PEP Live interview in May 2020, Sunshine looked back at the challenge of portraying a 40-year-old mother at 23 years old.

As a reference, she studied the actions of her mom, Dorothy Laforteza.

She recalled, “Ang edad namin, hindi naman ganun kalaki ang gap, it’s not like I am 10 years older than them, so ang hirap.

“I had to study my mom. Ang mannerism ni Bakekang, actually mannerisms ng mom ko yun. I would pattern how she would react to how my mother would react and yung physical nuances, sa nanay ko galing yun.

Her most recent mother role was in the iQiyi series Saying Goodbye as mom to Seth Fedelin. 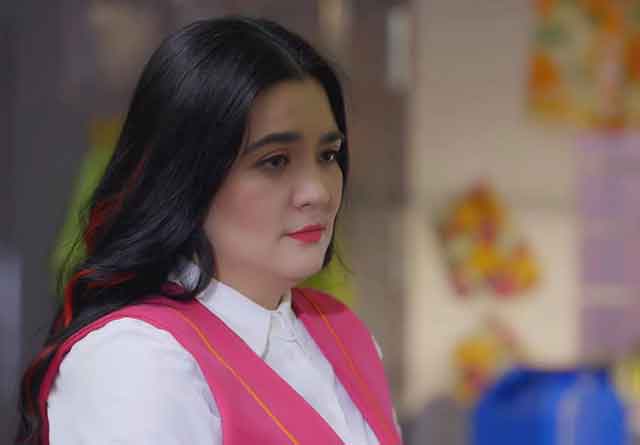 Beauty Gonzalez’s first mother role was in the daytime series Ningning, where she played mom to six-year-old Jana Agoncillo. Beauty was 24 years old at that time.

However, she had to leave Ningning when she got pregnant with her first child.

In her showbiz comeback after giving birth, the 26-year-old Beauty was offered to do a lead yet mother role in the afternoon series Pusong Ligaw.

But what was shocking was that Beauty would play mom to Enzo Pineda, who is nine months older than her!

In her interview with CNN Philippines in 2019, Beauty admitted that she was surprised by the offer.

Now a Kapuso, Beauty has been portraying leading lady roles in her first two GMA-7 shows.

First, she figured in a May-December affair with Kelvin Miranda in Loving Miss Bridgette, then she became the wife of Dingdong Dantes in I Can See You: AlterNate.

She is set to headline The Fake Life on GMA Afternoon Prime, but it is not clear yet if she will play a mother role in the show. 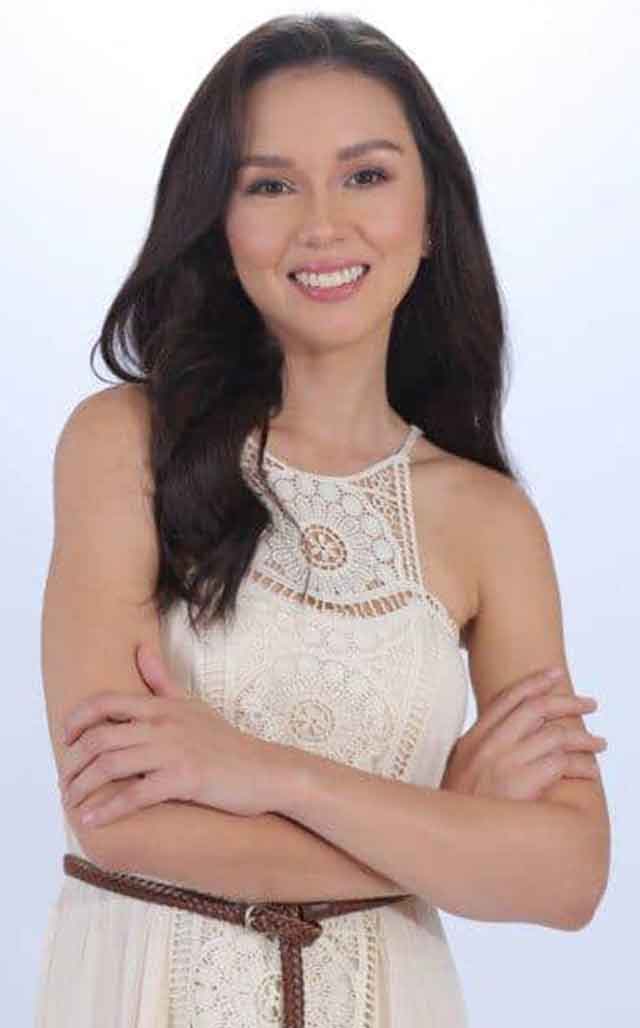