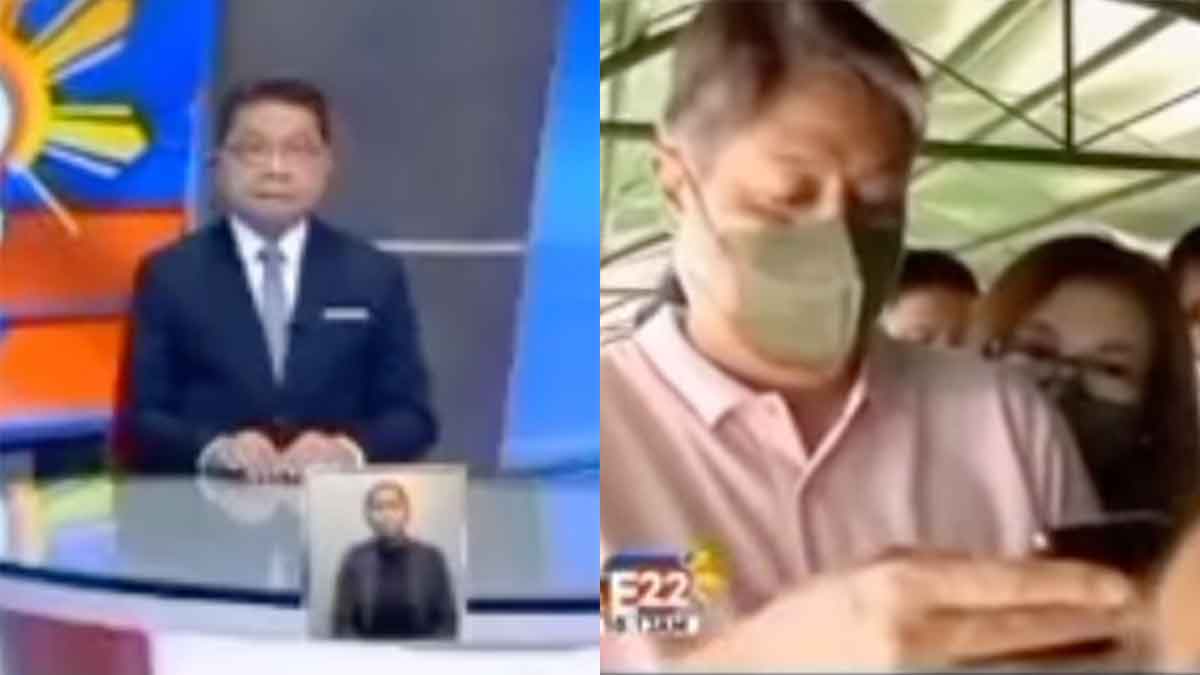 GMA-7 veteran news anchor Mike Enriquez is at it again for bringing some lightness amid the heavy atmosphere because of the 2022 Presidential Elections.

It was after he committed a blooper in the middle of reporting updates during the Kapuso network’s #Eleksyon2022 coverage today, May 9, 2022.

The report was showing vice presidential aspirant Francis “Kiko” Pangilinan lining up to cast his vote in Silang, Cavite.

With Kiko is his wife, Sharon Cuneta, who also lined up to vote.

The video showed Kiko reading something on his phone with Sharon at his back, also looking at his phone.

While Mike was reporting this, he mistakenly referred to Sharon as Helen Gamboa!

Helen is the actress-wife of Senate President Vicente “Tito” Sotto III, another vice-presidential candidate. Helen is also the aunt of Sharon.

The blooper went viral on TikTok after it was reposted by a user named Christian Casinto.

A netizen commented that prior to the name blooper, Mike also mentioned “Eleksyon 2002” instead of Eleksyon 2022.

Some netizens explained that Mike might have been confused because prior to his report, Mel Tiangco reported about Tito casting his vote with Helen.

Here are other some comments from netizens:

A month before GMA-7’s #Eleksyon2022 coverage, Mike has just returned from his medical leave after undergoing kidney transplant.

Mike has brought smiles to Kapuso viewers for the bloopers and funny moments that he had while anchoring GMA-7’s flagship newscast, 24 Oras.

Mike Enriquez admits asking himself, "Is it time to turn off the microphone?"