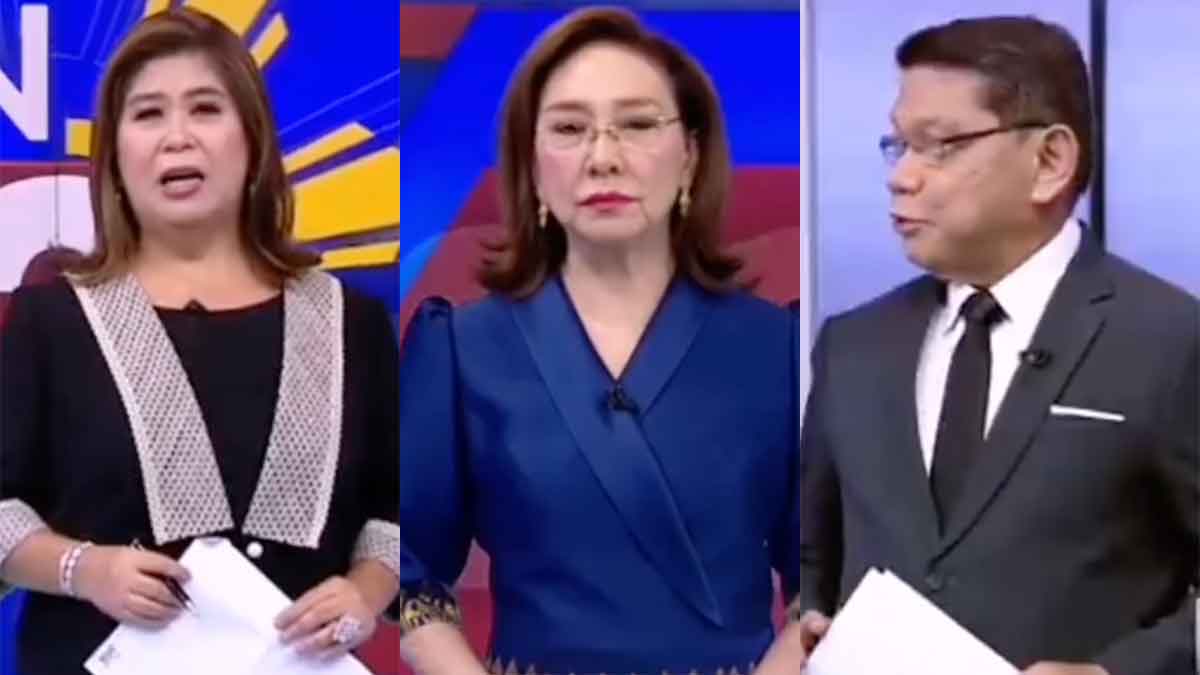 GMA News and Public Affairs said Mel Tiangco had nothing to do with the mix-up that happened during the outro for the Eleksyon 2022 coverage yesterday, May 10, 2022.

The missing “Walang Kasinungalingan” phrase in Mel Tiangco's closing spiels was not intentional.

A video clip of Mel, Jessica Soho, and Mike Enriquez went viral on social media on May 10.

Mel followed with : “…at walang pinoprotektahan.”

While Mel was delivering her spiel, Mike could be heard saying “at,” but quickly realizing he was out of turn, he stopped and let her finish.

Mike proceeded with his standard lines and started again with “at” addressed to Kapuso viewers. Mike also said sorry to Mel for cutting her off.

Netizens noticed that the “walang kasinungalingan” phrase was not mentioned by Mel.

Some said the seasoned broadcaster looked dismayed the whole time she was delivering the spiels.

Some linked it to her mood during the network's special coverage on May 9. She trended on Twitter after pointing out COMELEC's slow response to concerns about its VCMs (Vote-Counting Machines). Even her facial expression has spawned memes.

To find out what really happened, PEP.ph (Philippine Entertainment Portal) got in touch with GMA News and Public Affairs through the network's corporate communications department.

On Wednesday afternoon, May 11, 2022, PEP.ph received a reply, stating that the mix-up was a production glitch and was “not Ms. Mel Tiangco’s fault.”

The short statement read: “What happened was a production glitch, which happens to most live shows. It’s not Ms. Mel Tiangco’s fault.