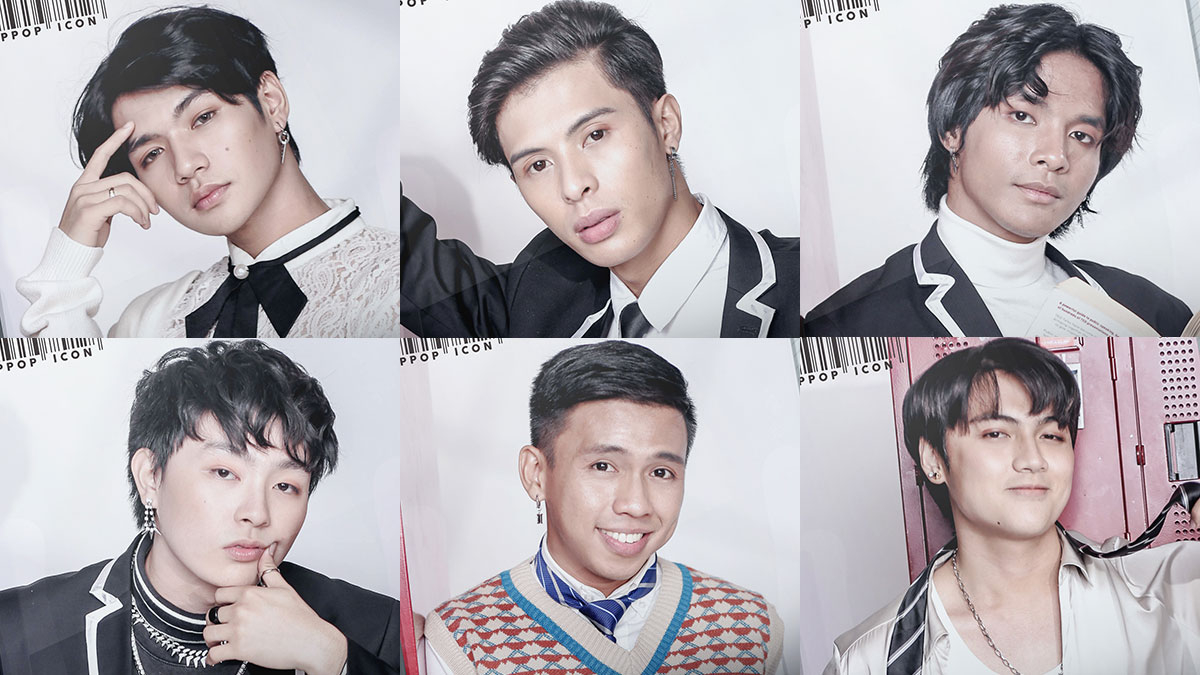 The first six students of Top Class: The Rise To P-Pop Stardom have been revealed.

The upcoming P-Pop talent reality competition is in search of the next generation of P-Pop icons among 30 male aspirants.

On June 6, 2022, the show has begun revealing the identities of its trainees.

First is Kim Huat Ng, dubbed as the Charming Influencer of Bacolod. Kim is a known TikTok influencer with 2.7 million followers.

Kim boasts his dance skills, which were influenced by his idol, Michael Jackson. 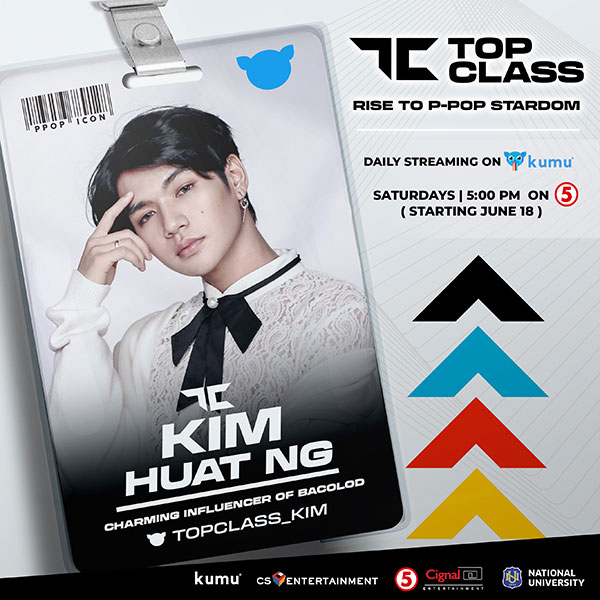 E L Mendoza, the Dancing Rider of Batangas, is a rider for a delivery app whose dance covers on TikTok became popular and were noticed by Niana Guerrero.

Before joining Top Class, E L also joined GMA-7’s StarStruck. He is also a member of a dance group that competes in Manila and in international dance competitions. 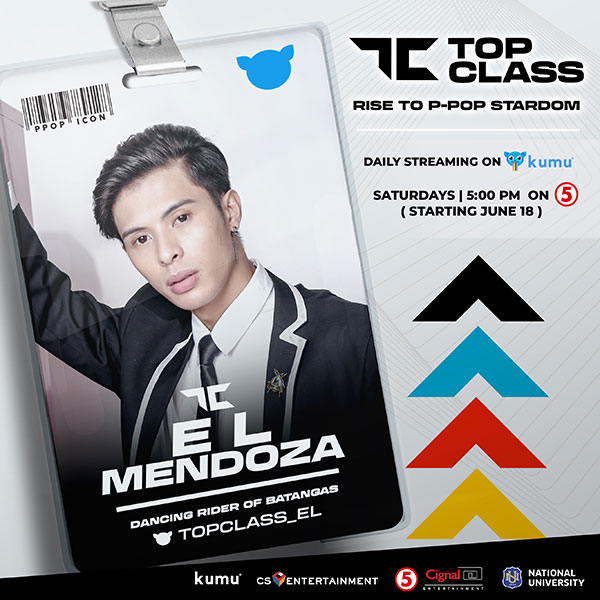 Dean Villareal, dubbed the Gutsy Breadwinner of Bulacan, is a member of New Style, a group from TV5’s POPinoy.

Before joining Top Class, Dean was offered a management contract by a top talent agency but he chose to decline it.

In Top Class, Dean wants to finally pursue his dreams of becoming an artist. 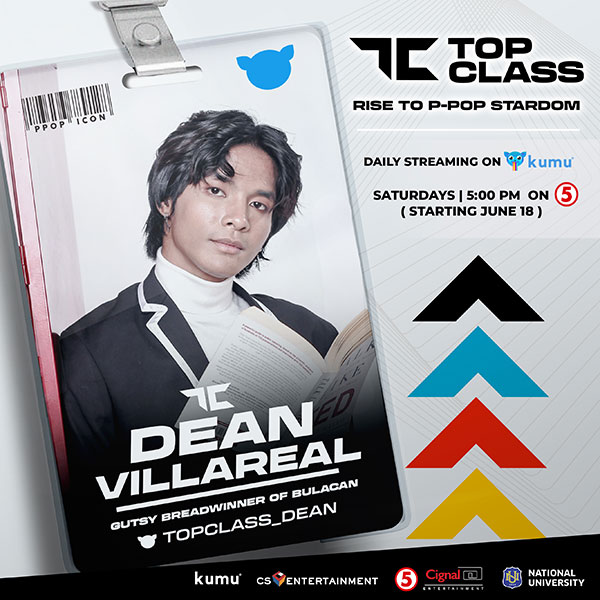 True to his moniker as the Headstrong Model of Bataan, Harvey Castro started as a model in 2018 before joining Pinoy K-Pop Star in 2019.

He then did a lead role in the BL series Quaranflingz.

While the other finalists are talented in dancing, Harvey’s strengths are his vocals and a talent for musical arrangement and composition. 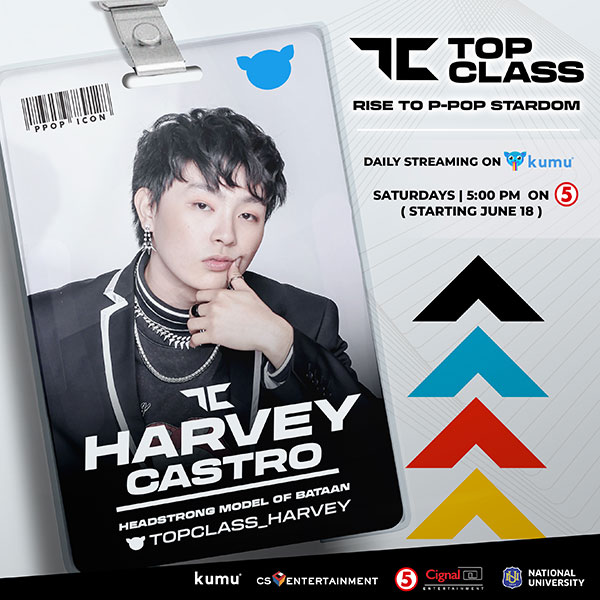 Former "Tawag ng Tanghalan" finalist Justine Castillon, touted as the Crooner Web Developer of Cavite, is a web developer who also dreams of pursuing a career in showbiz.

Aside from joining singing contests, Justine has also released his own songs on Spotify. 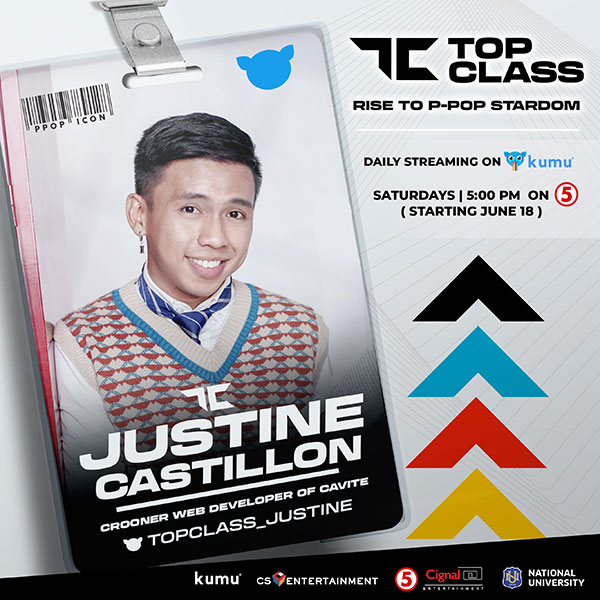 Lex Reyes, the Mr. Swagger of Bulacan, is a government employee who is also a dance coordinator in his church.

Although this is his first major competition on TV, Lex had been joining school competitions and pageants since he was in elementary school. 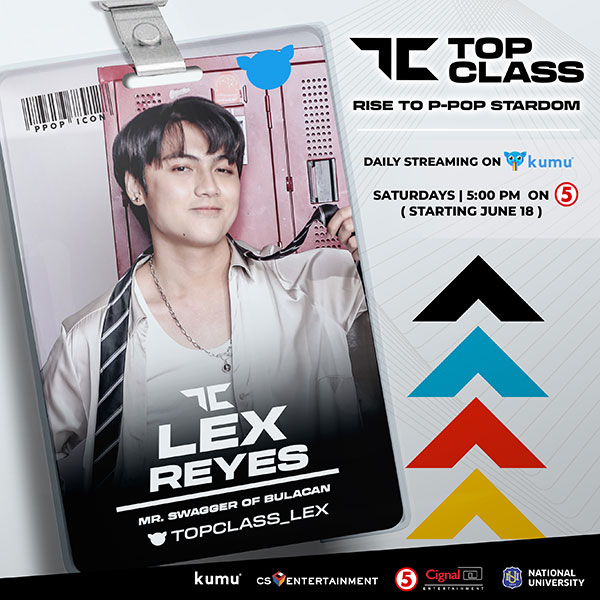 Top Class is hosted by Miss Universe 2018 Catriona Gray. She is joined by Albie Casiño as her co-host for TV and Yukii Takahashi for the show’s digital counterpart.

The trainees will be guided by KZ Tandingan as vocal mentor, Shanti Dope as rap mentor, and Brian Puspos as dance mentor.