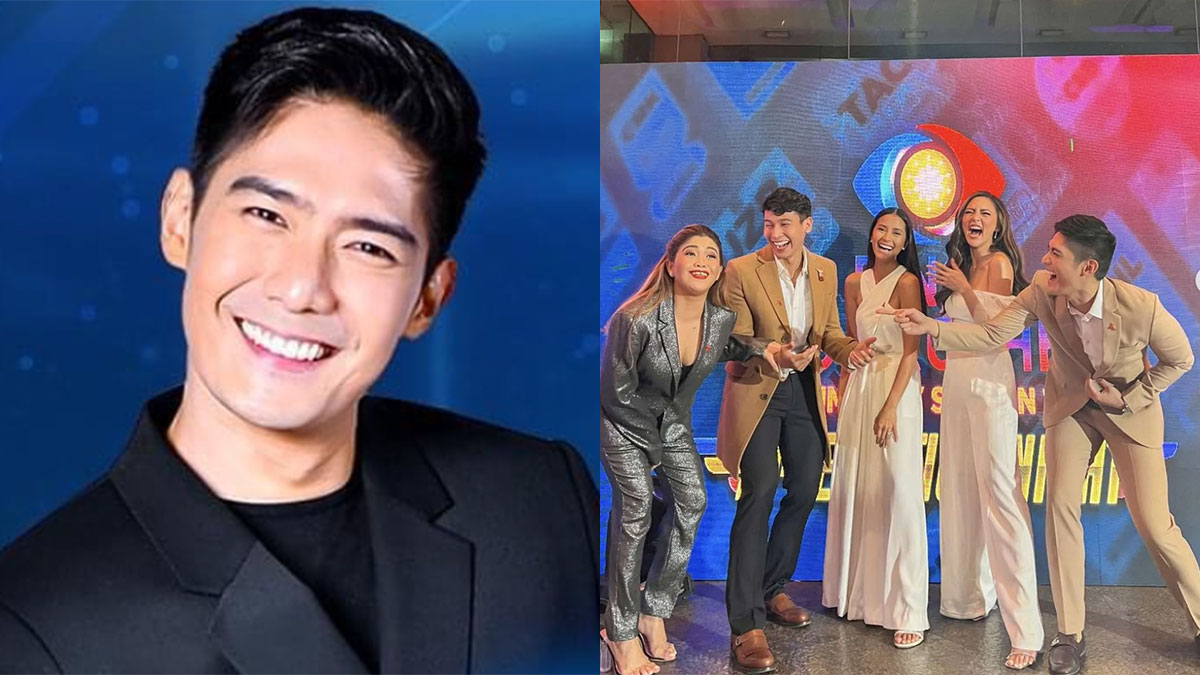 Much ado about nothing, Robi Domingo wisecracks after his 'hanggang sa muli" post about PBB ending a season was misread as his goodbye from the show. Robi co-hosted PBB's tenth season with Melai Cantiveros, Enchong Dee, Bianca Gonzales, and Kim Chiu.
PHOTO/S: Idol Philippines / @robertmarion on Instagram

Robi Domingo has clarified he is not leaving Pinoy Big Brother, where he is one of the hosts, in a tweet today, June 24, 2022.

Early this afternoon, Robi posts a farewell message about the recently ended tenth season of Pinoy Big Brother, which aired its last episode on Sunday, June 18.

The Big Night was held on May 29, 2022, after which PBB proceeded to show special weekend episodes from June 4 to June 18.

The post also shows Robi's group photo with his co-hosts Bianca Gonzalez, Enchong Dee, Kim Chiu, and Melai Cantiveros, as well as photos from behind the scenes of the live shows.

However, some news outlets have interpreted his post as a message of goodbye from PBB.

Robi also retweets Inquirer’s repost of his tweet and makes it clear in the caption he is not leaving Pinoy Big Brother.

He writes, “Not leaving, guys. The show is on a break after a long run.

“But please watch and support Idol Philippines S2. We got amazing talents! Plus, the judges are fun to watch!”

In another tweet, Robi makes light of all the fuss about nothing.

Inquirer, which already took down its tweet, thanked Robi for the clarification.

Robi replied, “Love this! Thank you for the acknowledgement and also correcting misinformation. [wink emoji] #SaTotooTayo”

Robi began his career as a housemate of Pinoy Big Brother: Teen Edition Plus in 2008.

He started hosting the show in 2010 as a guest host for the PBB: Teen Clash 2010 updates, and has since become a regular fixture in the show from 2012 to present.