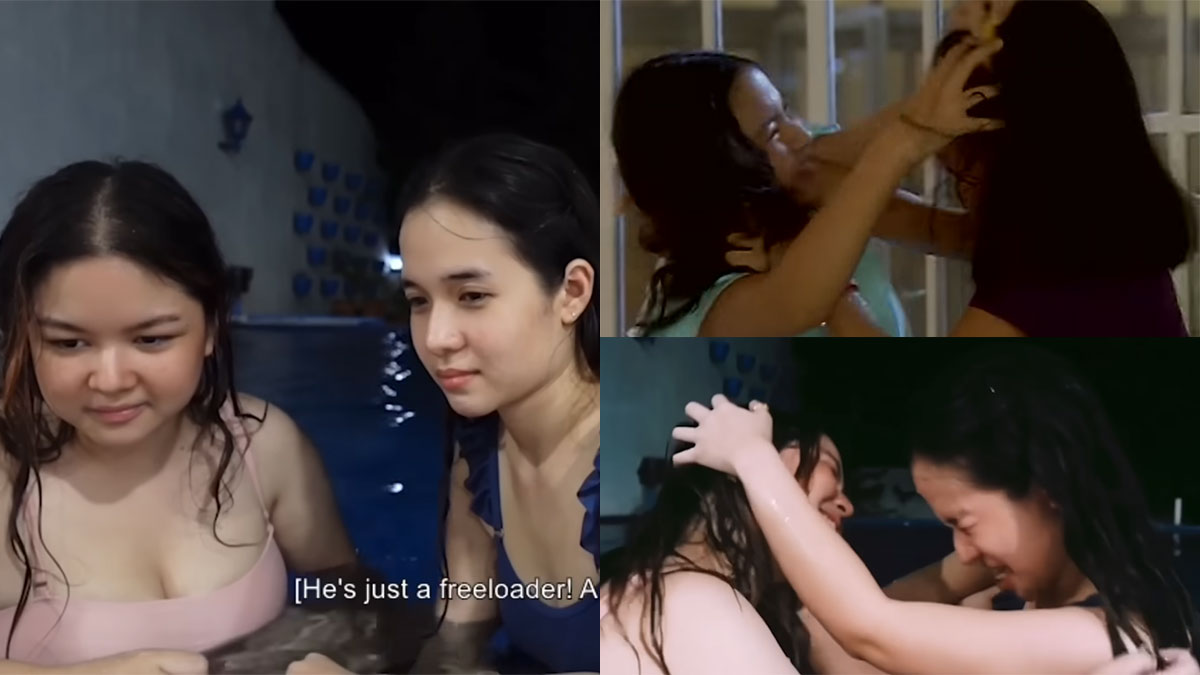 Former child stars Eliza Pineda and Kristel Fulgar took their fans on a trip down memory lane as they recalled their Maria Flordeluna days way back in 2007.

Kristel’s latest vlog entry shows the two of them bonding and, for added fun, reenacting one of their fight scenes in the teleserye.

The video shows Eliza and Kristel swimming in the pool and watching the scene on YouTube.

They proceed to reenact the scene, even giving each other pointers on how they could do it as closely as possible to how they acted it out when they were kids.

She only wrote, “Flor and Wilma 15 years later…”

In the series, Eliza played the title role (or Flor as her nickname) with Kristel as Wilma, her bitter rival.

The fight scene was about Wilma bullying Flor to do her Math assignment.

Flor then lectured Wilma about being lazy, repeating the words of her family’s loyal driver, Tay Tibor (Roldan Castro).

Offended, Wilma got back at Tibor, calling him “sampid.”

Enraged by Wilma's insult to the driver, Flor threw water at her and a hair-pulling catfight ensued.

But it was not in the show that they first met, but on the set of the 2002 prime-time series Bituin.

In Kristel's vlog, Eliza was revealed to be her “first-ever showbiz friend.”

Kristel shared this realization with Eliza as they bonded while watching the episodes of Maria Flordeluna on YouTube.

Kristel admitted even she felt outrage while watching her character on YouTube, remembering how fans of the show used to hate her during their mall shows.

Eliza also disclosed that her relationship with Kristel was completely different off-cam from that between Flor and Wilma on TV.

Kristel then explained that their friendship actually started when they worked in Bituin.

Then, when they were cast in Goin’ Bulilit two years later in 2004, Kristel and Eliza did not have the same circle of friends because they did not share dressing rooms.

Even then, they remained friends.

But their closeness was ultimately restored when they already worked together again in Maria Flordeluna.

The two have remained close friends to this day.